Two Jews With a Left Arm 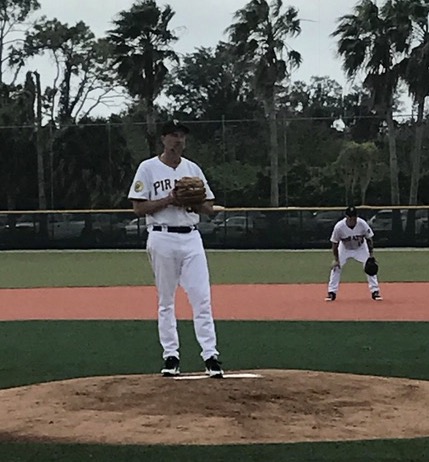 So did The Baseball Encyclopedia for not having to print a new edition.

For about a year, though, it looked like Koufax, the greatest Jewish pitcher of all-time, would slide down that list to only second best. It also looked like the Baseball Encyclopedia would be hard-pressed to find a performance as good as the one on January 29, 2016 in Bradenton, Florida.

It was there that Doug Drabek made one of the greatest managerial decisions of all time and gave me the baseball to throw the finale at 2016 Pirates old guy camp. I rewarded the 1990 Cy Young Award winner by tossing a gem. 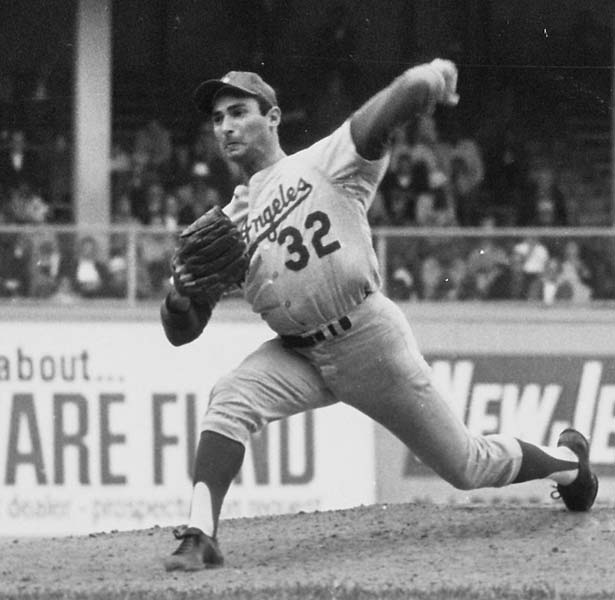 It reminded long time baseball experts of another left-handed Jew from Long Island. Their reaction to my outing was not unlike what they felt during Koufax’s career, when he threw four no-hitters and a perfect game on his way to the Hall of Fame in 1972.

The reality was my performance that day was better than anything Koufax mustered in his eleven year career, which was ultimately shortened by an elbow injury in 1966. He was good – great, actually – but other than being left-handed, Jewish and not working on Yom Kippur either, he was no Roy Berger.

Because on that January day a year ago, I rewarded Drabek’s good judgement by being perfect. I threw two pitches for the first time in my life: both strikes. The first was right down the middle for a called strike against fellow camper Glenn Merlin and the second one Merlin hit right back to me. I tossed to first and ran off the mound. Job finished. Perfection. Move over Sandy, you may be a better Jew than me, but you pale as a pitcher. You may have won 165 games and have a 2.76 lifetime ERA but you never had a game where you didn’t throw anything but strikes. I did.

And what a lovely joy ride it was for me for a year. It’s hard to reach perfection in anything but I did on the baseball mound. Frankly, I really didn’t understand why everyone made a such a big deal about how difficult it is to pitch. It seemed fairly simple: take the ball, stand sixty-feet six inches from the batter, and toss it down the middle. It’s elementary.

So this morning, when manager Mike LaValliere and coach Chico Lind asked me if I wanted to pitch what was a meaningless game as Pirates 2017 camp concluded, I was honored by their confidence but wondered, what took so long? They didn’t ask me the past four days, when games were meaningful; but now, with our team holding a 4-2 won-loss record and getting knocked out of the playoffs Wednesday by a tie-breaker, they thought of me. Thanks guys, you’re really sweet.

Not only that but the game this morning was against the only winless team in camp. Former big leaguers Zane Smith and Kevin Young couldn’t get their guys in the win column in six tries.

So of course I would pitch. I’ve had 362 days of rest between starts. It’s really no big deal. I know that because I am pretty good at it.

I got toasted this morning like a forgotten piece of rye bread left in a Hamilton Beach four slicer; I got lit up like a pack of Marlboro Lights; I got smoked like the ribs at the Full Moon BBQ joint in Birmingham; I got rattled worse than the inmates at Riker’s heading to the hole; my cage was shook like the tigers at Ringling Brothers when they found out they were about to lose their jobs. 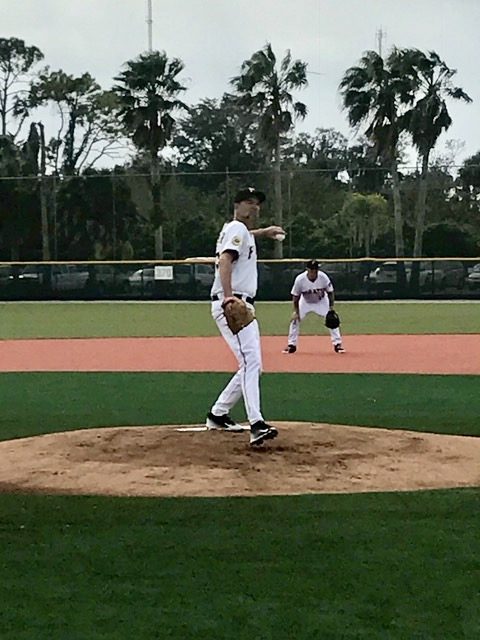 Lights on the scoreboard were burning out.

Through it, I kept looking over at LaValliere hoping he would take the stroll to come get me. Or at least comfort me. He just sat on his stool.

Plate umpire Ron Campbell, who has become a friend through my eleven camps, admitted before the game he was having some eyesight issues and now I believe him. I got one called strike all inning. At least one other pitch was that close.

I faced ten batters and must have thrown forty pitches. For a minute, however, I amazed myself I could even do this coming off rotator cuff surgery only five months ago.  It was then I remembered the surgery was on my right shoulder. Damn, I hate when that happens.

And when it finally ended and we were down a quick four runs in the top of the first to a squad that hasn’t tasted victory all week, LaValliere told me my outing was over and to get back to first base where I belong. Gee, thanks Skip.

My boys picked me up, with our next three pitchers throwing a shutout the rest of the way for a 7-4 win. The victory was nice but me getting off the hook for the loss was frankly a bit sweeter.

Across the state, in Vero Beach, I could feel Sandy Koufax smiling.