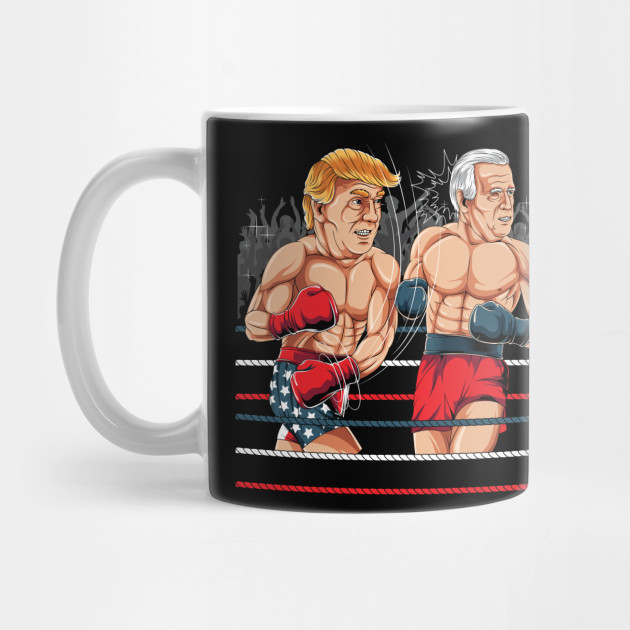 Six weeks ago, Joe Biden was sitting pretty as a strong betting favorite to be signing a four-year lease in January for a new house at 1600 Pennsylvania Ave. in the District. Today, maybe not so fast.

Pundits said wait until after the dust settles from the respective conventions to get a better indication of what the final two months of the race might look like.

According to my concierge bookmaker, Barry ‘The Bank’ Lieberman, the gap has closed considerably with Biden now down from an 8-5 favorite to 6-5 as both parties began firing nasty shots at each other in earnest. Betting on political races in the United States is illegal but very much in favor offshore and in Europe. While the polls give Joe a fairly comfortable lead in the popular vote, those who vote with their money as opposed to their opinion, see the electoral race a little differently.

Last week at Betfair, in the U.K., a $67,000 wager on Sleepy Joe moved him into the favorite’s role. For those who understand money lines, and after the news of the contents of Bob Woodward’s new book became public, Biden is -128 at Betfair while Trump is +112. At the William Hill betting syndicates, they are still calling the race pick ‘em. 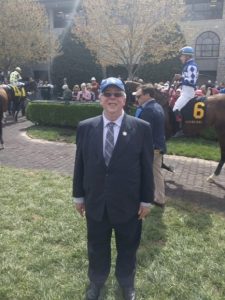 Barry The Bank checking out the horses pre-race in the paddock. He likes Biden in the presidential horse race.

According to ‘The Bank’ — “If protests and violence continue, that will work in Trump’s favor. I think Biden needs to be more aggressive in calling out ANTIFA and looters and take the steam out of Trump’s strategy. I don’t think the debates will matter unless Biden makes a major gaffe. However, if COVID returns in greater severity, that will work against Trump.”

‘The Bank’ has skin in the game, just not $67K worth. He played Biden but according to Lieberman, “I was a lot more comfortable when he was 8-5.”

Looking for a sure thing? Safely wager that this will get very ugly and very contentious in the run-up to November 3. And then for some time after that, the most polarizing election in our lifetime, will still be very messy.

Other stuff burning a hole in the keyboard this week:

Woodward’s book is entitled Rage, but rage is really what the American people should direct toward the president, the author and Simon & Schuster, the book’s publisher. S&S is owned by CBS. Shame on all of the parties. If Trump wasn’t going to do what was in the country’s best interests and be candid with us about the severity of the virus, morally and ethically Woodward and the publisher should have. They knew six months ago the public wasn’t getting accurate information as the president told Woodward he was purposely downplaying it. But Woodward and the publisher sat on it until the book was completed and ready to be released in the name of the almighty buck. Woodward’s explanation is very Trumpian. He said he needed time to be sure that Trump’s private comments were accurate. Bullshit. He had it on tape. All sides had an obligation and all sides failed us.

And as long as we are on the book aisle, Trump’s disgraced and slimy former lawyer, Michael Cohen, also got into publishing action this week calling his old boss “a cheat, a liar, a fraud, a bully and a con man.” A bit like O.J. calling Jeffrey Dahmer a cold-blooded killer, don’t you think?

Interesting that the Democrats spurned Kamala Harris as a presidential candidate but now that she might only be a heartbeat away, fawn all over her.

Tough to argue with this one: Trump told Jonathan Swan of Axios, “When I took over, we didn’t even have a test for COVID.”

Remember the first pitch of the baseball season that Dr. Anthony Fauci errantly tossed prior to the Nationals game in DC? The next day, in a case of Fauci- envy, President Trump told us that the Yankees invited him to toss the first pitch on August 15 before their game with the Red Sox. That was news to the Yankees. A week or so later the president canceled the appearance noting that his schedule for that day, still two weeks away, would undoubtedly be too busy fighting COVID, working on economic stimulus and all the other stuff that keep presidents busy on a Saturday. Looks like his calendar opened up a bit after all. On August 15, President Trump played eighteen holes of golf with former NFL quarterback, Jay Feely.

Hope springs eternal. Today is opening Sunday of the NFL season. It’s a great day to be a Jets fan. Undoubtedly by tonight, not so much.

In February Reese McGuire, a catcher for the Toronto Blue Jays, was arrested and charged with “exposure of sexual organs” near the Blue Jays’ training complex in Dunedin, Florida. Last month, while the Blue Jays were playing the Braves in Atlanta, every time McGuire came to the plate the Braves played ‘Beat It’ as his walk-up music. Classic.

Nineteen years ago Friday was 9/11. It seems like a lifetime ago. So united we were as a country then. Almost unrecognizable by division today. 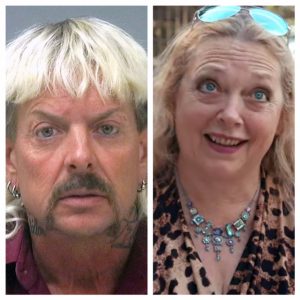 Only in America. Even from the clink, Joe Exotic stays hot. Joe’s new line of underwear for both the lady and gentleman, with his picture on the crotch, sold out in hours. Meanwhile his nemesis, Carole Baskin, is on the new season of Dancing With The Stars. Her first dance song? What else but Eye of The Tiger. Honestly, you can’t make this stuff up.

If you find yourself in Alabama at Birmingham’s airport and want to buy a newspaper for your flight, forget about it. No more daily newspapers sold on site. Sad.

As good a tennis player that Novak Djokovic is, if he tried to hit lineswoman Laura Clark in the throat with a forehand, he couldn’t have.

If I would have told you a year ago I was thinking of getting into the face mask business would you have financed me?

This past Tuesday, the day after Labor Day, is traditionally the busiest day of the year for business phone calls. Now you know.

Vegas’ James Holzhauer, Jeopardy James, tweeted over the weekend- “If I ever commit a felony, 2020 had better count as time served.”

For 145 years the Kentucky Derby produced Triple Crown contenders. In our upside-down-world of 2020, the 146th Derby running as the second leg of the Crown last Saturday, killed one. Tiz The Law watched Authentic smell the roses.

Another industry negatively impacted by the China Virus is the home burglary racket, down by 33% with all the stay-at-home workers. Don’t feel too bad for the crooks, however. No doubt their PPP checks more than covered the shortfall.

A little piece of every kid growing up in baseball crazy New York during the summer of the Miracle Mets in 1969 died last week when Tom Seaver passed. Tom Terrific, a great pitcher but said to be a better person, even had Yankee fans secretly rooting for the Amazins’ when they beat Baltimore in five games in the World Series producing the baseball miracle. Fittingly on the day Seaver’s death was announced the Mets beat the Orioles. 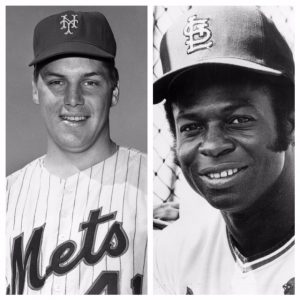 Two Hall of Famers, Seaver and Brock, left us in the same week.

Less than a week later the game also lost Lou Brock. I never met Mr. Seaver but I did have the opportunity back in 1989 to sit with and introduce Mr. Brock as the keynote speaker at a fundraiser in Iowa. The Hall of Fame base stealer and two-time World Champion with the Cardinals was classy, always smiling and really, really fast.

MLB Commissioner Rob Manfred, whose agenda includes speeding up the game, can’t be pleased that this season, without fan distraction or interference, the average nine-inning game lasts three hours and seven minutes, two minutes longer than last season and seven longer than 2018.

I’m a baseball guy, most of you know that, but I have watched no baseball this season. Just can’t get started or interested. Between the sixty-game schedule, seven inning doubleheaders where sometimes the home team is the visitor and sometimes not, seeding runners on base in extra innings and COVID cancellation of multiple games, the whole thing has a junior varsity feel to it. Making it easier to turn away, the Pirates stink and the Yankees aren’t far behind.

The flip side is I can’t get enough of the hockey playoffs, far and away, the most exciting post-season game in all of sports. I’ve even watched a little NBA. I wasn’t in favor of either league continuing play after the season shutdown in March but I was wrong. Both leagues have done this ‘bubble’ thing right. Even though the intensity and buzz of the games clearly miss home ice/court fan reaction, the caliber of play in both sports has been terrific.

And finally, hopefully there’s something to look forward to for both Jews and non-Jews alike. Friday night ushers in the beginning of the High Holy Days with Rosh Hashana, the New Year, 5781 on the Hebrew calendar. Let’s hope and pray 5780 gets behind us quickly and we all get the chance to atone, move forward and start anew. Shana Tova, a good and sweet year, everyone.