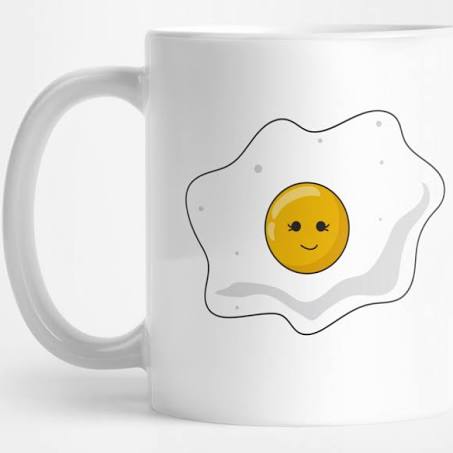 Rested off our bye week, we’ve changed our clocks, and now with the extra hour we’re fresh and ready to scramble up a few breakfast bits to go with our Sunday Morning Coffee:

This year’s World Series was the second least watched in history, better only than last year’s pandemic-shortened season. With an average of 12 million viewers per game, FOX did just fine on sponsorship revenue but nothing like it would have been with a New York, LA or Boston team on the bill. Houston and Atlanta isn’t going to move the viewer or revenue needle the same as larger market teams. However, synagogues all over the country were aglow with the Astros and Braves. This was the second time in baseball history that three Jewish players were on competing World Series rosters and the first in which all three players saw game action. It was enough to make the chief rabbinate k’vell. Atlanta had pitcher Max Fried and pearl necklace adorned outfielder Joc Pederson while Houston represented with Alex Bregman. Back in 1959, the Dodgers had pitchers Sandy Koufax and Larry Sherry on their World Series roster. The White Sox countered with pitcher Barry Latman, who never got into a game. Mazel tov to Atlanta’s Fried and Pederson on their championship.

It wasn’t ten minutes after the Series ended, well before the World Champion Braves were presented with the Commissioner’s Trophy, that BetMGM posted odds for the 2022 World Series. For those who can’t wait to have their money sit in the sportsbook vault for a year, the Dodgers are 5-1, Houston 8-1 and the Braves and Yankees at 10-1.

One final baseball note before we close the chapter until spring, assuming the looming lockout doesn’t delay, or even cancel, the 2022 season. The game is slow and lazy during the regular season and even slower yet incredibly intense in the post season. The new little routine I saw during the playoffs was on a 3-2 count, nobody on base, batters stepping out of the box to look at the third base coach. For what? 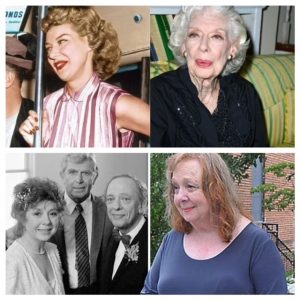 Happy 97th birthday to Joyce Randolph, Mrs. Ed Norton on The Honeymooners. Ms. Randolph is the last surviving member of one of the greatest four-actor casts ever assembled. In fact, she was so good and became so recognized as the housewife of a “sub-supervisor in the sub-division of the department of New York subterranean sanitation”, she was typecast for the rest of her career as the sewer worker’s wife and could rarely get another job. While Honeymooner aficionados remember just about everything from the original 39 episodes of the show, few knew that Randolph’s great nephew is Tim Redding, a 37-game winning pitcher in the big leagues, who would have made his television uncle Norton and his buddy Ralph Kramden proud, pitching for both the Mets and Yankees in the mid-2000s.

Sadly, another great character actress of our younger days recently passed away with the news that Betty Lynn, Thelma Lou on The Andy Griffith Show, died a couple of weeks ago at the age of 95 in Mount Airy, North Carolina, just a hayride away from Mayberry. Thelma Lou was, of course, the main squeeze of suave Barney Fife.

Killing time in the shower wondering who reads the directions printed on a shampoo bottle?

Every movie goer is familiar with the term ‘gaffer’ and ‘best boy’ even though we have no idea what they do. Now we can add ‘armorer’ to the jargon after the awful and what seems easily preventable accident on the Alec Baldwin Rust movie set.

Devastating was the only way to describe our reaction to the Henry Ruggs tragedy in Las Vegas early Tuesday morning. Andi and I spent our years in Birmingham cheering for the Crimson Tide and to have Ruggs and his ‘Bama teammates, Josh Jacobs and Kenyon Drake, now playing for our hometown Las Vegas Raiders gave us added interest. And then Ruggs, 22, does something as stupid and irresponsible as getting behind the wheel of a car after a night of carousing. It was 3:40 in the morning. His speed hit 156 mph, in a 45 zone, before plowing into the back of another vehicle, killing an innocent 23-year-old woman and her dog. Ruggs’ passenger in the car, his 22-year-old-girlfriend and mother of their child, suffered substantial injuries. Allegedly, they were coming home from a night that included boozing at Topgolf and then a stop at a friend’s house. Ruggs ended one human life along with his career and his life as he knew it. How he survived the crash not wearing a seat belt is a miracle in itself. His actions were irresponsible. Sickening. Nothing good happens at that hour of the morning unless you are headed to the gym. Shame on you, Henry Ruggs.

Come on Aaron Rodgers. For every kid in the world that idolizes you, is this faux-vaccine nonsense the best you can do?

Sunday night television just got better with the return of Succession and Curb Your Enthusiasm. Over on Netflix, Clickbait will captivate you for eight episodes.

Remember a couple of months ago when we wrote about the Cleveland Indians changing their name to the Guardians in spite of the fact the name since 2017 was already registered to a Cleveland area semi-pro roller derby team? Well, the skaters have now sued the baseballers in federal court alleging the switch from Indians to Guardians infringes on their trademark. They won’t win but that’s moot. Before this is heard in court, the jam will end and the existing Guardians will walk away with a nice little payout, selling the name to the Tribe, and banking more cash than they ever imagined in their wildest roller dreams. And if they are clever they should also change their name to the Indians, which would be a merchandising bonanza.

This one is pretty unbelievable. In a California high school football game the weekend before last, Inglewood beat Morningside 106-0. On rare occasion this happens because one team is so overmatched. In that case the game is normally shortened and/or the clock keeps running. However, this massacre was calculated. The Inglewood quarterback threw 13 touchdown passes, about a season’s worth for the Jets. And if that’s not bad enough, up 104-0, Inglewood went for a two-point conversation. Those that laid the 105 points were ecstatic.

Music quiz. Who’s the only pop group to appear on Dick Clark’s American Bandstand without ever recording a hit record or ever playing in public? The year was 1977.

Ever since the pandemic, violence and rage on our nation’s aircraft has escalated almost out of control. United Airlines’ answer to this is to resume suspended alcohol sales in time for the holidays. Cheers.

The American Bandstand group was the British band The Babys who recorded “Every Time I Think of You.” They got their break on Bandstand as virtual unknowns, submitting a video audition, unheard of then, that got them the gig. Lead singer John Waite eventually left to go onto a solo career which produced the 1984 number one single, “Missing You.” The useless stuff you learn in Sunday Morning Coffee.

Music quiz #2, prompted by The Rolling Stones appearance here last night at the new Allegiant Stadium. What are the top three songs, all-time, played by the Stones in concert? Satisfaction, you say? Wrong. How about Jumpin’ Jack Flash, Brown Sugar and then Satisfaction. 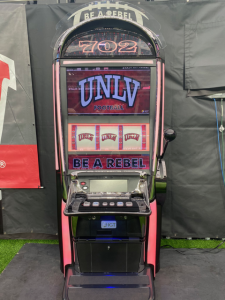 It took 706 days for UNLV football to hit the jackpot.

The two longest losing streaks in college football came to an end Saturday when Arizona beat Cal for their first win in 21 games. A few hours later, UNLV, who hadn’t won in just shy of two years, ended its 14 game skid with a win at New Mexico. Earlier this month UNLV introduced its answer to the ‘turnover chain’, a slot machine manufactured especially for the Rebels by gaming giant IGT. The handle is pulled every time a Rebel scores or gets a turnover, which prior to Saturday wasn’t used very much.

Going into today’s NFL games my season total wagers look like they are on a .500 track. I will lose with Cincinnati under 6.5 wins. The Bungles, who beat everyone but the lowly Jets, have five wins already and I’ll be out of that bet by the time we pass the sweet potatoes. I backed it up with the hometown Raiders, over 7.5 wins. The surprise of the AFC already has five in their pocket. Jon Gruden’s resignation didn’t seem to be a distraction and hopefully, they will get past Ruggs as well. Because I am really good at this stuff, I took the Knicks over 41.5 wins in hoops and the expansion Seattle Kraken under 88.5 points in the NHL. Right now I have a fighting chance with both.

And speaking of the Knicks, did anybody have any idea a horse named Knicks Go won the Breeders’ Cup Classic yesterday with a wire to wire effort?  Did anybody know the Breeders’ Cup was run this weekend?  At Del Mar? Has anybody heard whether or not an official winner of May’s Kentucky Derby has been declared yet or is it still too soon after Medina Spirit’s failed drug test?

According to the BetMGM sportsbook, Georgia and Alabama are the consensus favorites to win this year’s NCAA football championship. Georgia’s odds are 6-5 while Bama, escaping a scare from LSU Saturday, is 5-2. They first will have a date on December 4 in the SEC championship game. Georgia will probably be favored by a field goal. If one-loss Alabama wins, they both will get slots in the four team College Football Playoffs. If Georgia wins, does a two-loss Tide team make it to the final four considering they would be game   favorites over everyone else but Georgia?

I love this. In college football when a school has fans that charge onto the field or become unruly and create a delay in the game, like happened in the Tennessee-Ole Miss contest last month, normally fines follow. Top-tier schools have oodles of cash, so the fines are more ceremonial than punitive. Not in England, however. When the rowdy blokes get the best of a soccer contest, the penalty is a one-game suspension, during the next home game, of fans in the stands. That’ll get your attention.

And finally, before we embark on our second bye in three weeks, there is no denying the legal cannabis business in Nevada has been, so to say, a hit. Already in 2021, the dispensaries have surpassed $1 billion in sales. I just forgot the rest of what I was going to write.