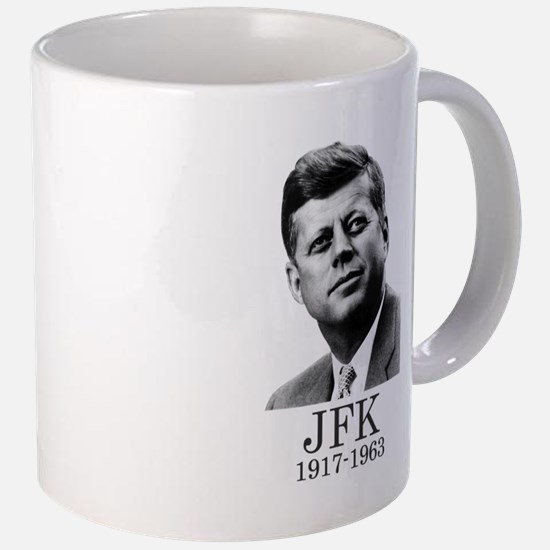 It was fifty-four years ago last Wednesday and the eleven-year-old kid didn’t really understand why the rest of his sixth grade class collectively gasped.

Neither did he understand why his teacher, Mrs. Nelson, started crying. That was something teachers weren’t supposed to do.

He also didn’t completely comprehend what the school principle, Mr. Tyler, was saying over the public address system at Meadowbrook Elementary School.

It was November 22, 1963, and that day, that 1:30 pm frozen-in-time-moment, retrospectively in the kid’s eye was the beginning of the change in the conscious of his country.

He remembered three years earlier, on October 13, 1960, when he was in all his glory as Bill Mazeroski gave his Pittsburgh Pirates the World Championship with a home run over the hated New York Yankees.

And he remembered a few weeks after that, on November 5, 1960, when his thirty-one-year-old dad propped him on the hood of their black 1956 Hudson Hornet, parked right in front of a Mister Donut and car wash on Hempstead Turnpike, a busy Long Island thoroughfare, as John F. Kennedy rode by in an open limousine on a chilly and windy Saturday morning. It was just three days before the presidential election. The boy, wearing his Pirates jacket, was told by his father to wave as Mr. Kennedy rode by. JFK waved back. The kid thought it strange when his dad yelled “we are for you Mr. President!” when the kid knew that Eisenhower was still the President, not Kennedy. He knew about Kennedy and Richard Nixon but was confused because the election was still a few days away. But, as it turned out, father did indeed know best.

Turn the calendar thirty-seven months forward to November 22, 1963 and President Kennedy, in that same type of open limousine, took his final ride through Dallas, Texas.

In school that afternoon the kid thought he heard Mr. Tyler say the President had been “shocked”, not “shot.” He found out a few seconds later why Mrs. Nelson started crying. However, he never found out if Mr. Tyler and Mrs. Nelson had first names like real people did.

Some of the rest is a blur. He doesn’t remember the announcement, twenty minutes later, that the President was dead. He does remember being asked at some point that afternoon to bring an item to the main office by Mrs. Nelson. He was shaking, scared to walk the school halls, thinking the shooter might have been on Long Island by now.

He doesn’t remember if school was dismissed early that day. He remembers his bowling league that afternoon at Bowlerama being cancelled. He was so cool that he actually was in a Friday afternoon bowling league. He remembers what the family had for dinner that night– Chicken Delight– and remembers the jingle–“don’t cook tonight, call Chicken Dee-light.” He remembers sitting at the kitchen table, nobody talking as they watched Walter Cronkite on the fifteen-inch black and white Philco television set with rabbit ears on a stand that wheeled to get better reception.

He remembers the weekend. It was cold in New York. Very cold. He remembers being at his neighbor’s house two days later and watching as Oswald was shot on live television. He remembers Jackie in black and John-John saluting his father’s casket. He remembers the riderless carriage and the eternal flame. He doesn’t remember that virtually all college football games were cancelled the next day nor the American Football League deciding not to play on Sunday. He probably delighted in that decision because it meant the Jets, who the year before were the Titans, couldn’t lose at home to Kansas City. However, he does clearly remember the National Football League deciding to play their games two days after the assassinsation, but not the controversy that ensued on whether they should have played or not. He’s pretty sure, after a moment of silence, all the players stood for the national anthem.

He knew about Camelot and he thought everyone loved President Kennedy. He found out many years later from his brother-in-law, who was in the sixth grade in rural Brookwood, Alabama, near Tuscaloosa, that there was a smattering of cheers in his class when they heard the news that Kennedy had been shot. Five months earlier JFK sent the National Guard to overturn Governor George Wallace’s attempted segregation of the University of Alabama. The good ol’ boys in Dixie didn’t like them liberal Dems and that thinking was reflected to their kids. Agree or disagree with JFK, there was none of this “he’s not my President” even though Kennedy won what was then the closest election in US history. It was far from a landslide or mandate. With over sixty-eight million votes cast, Kennedy won by a hundred thousand. Nixon won more states but JFK won the big ones. Kennedy won, he was our leader and respected as such. Little did the kid realize at the time that President Kennedy was probably glad there was no Access Hollywood.

For some reason, perhaps dreaming about being a print journalist, he kept and still has the New York Daily News from the day after the shooting. 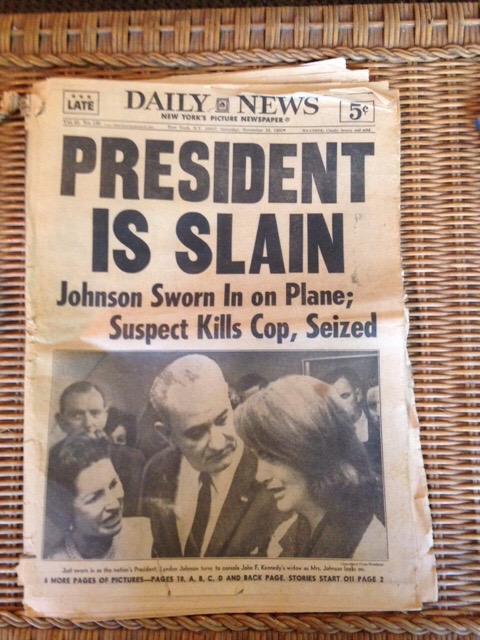 This five-cent investment survived 54 years, a half dozen moves and just as many attic and basement storage boxes!

Joe Allen, a treasured friend of the kid for over fifty years, professes that the country remained in a deep funk for the next seventy-seven days after JFK died, finally emerging on Sunday night, February 9, 1964 when Ed Sullivan bellowed– “Ladies and gentlemen, The Beatles!” Instantly, with ‘I Want To Hold Your Hand’ the national mood lightened. 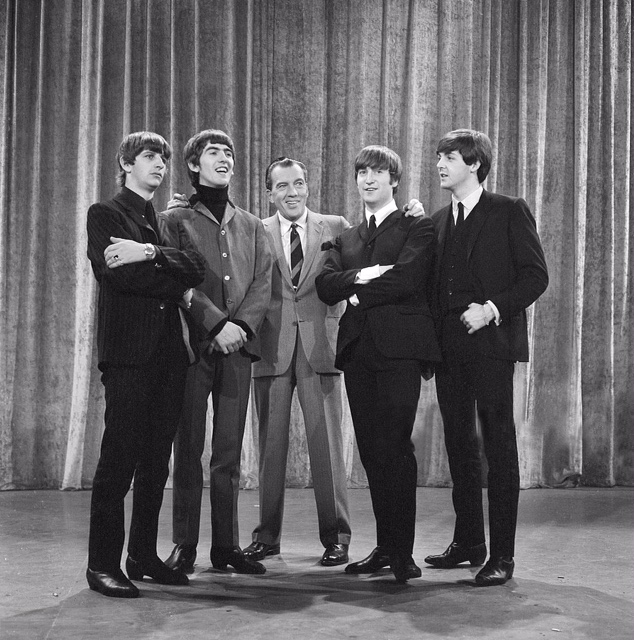 There has been worse since then, much worse, but nothing to him will ever be as bad or as bone-chilling or emotionally penetrating as the murder of a President he thought everyone loved. It was the first Presidential assisination since McKinley in 1901 and all jokes aside, fortunately the last one. But it impacted the kid as the most moving historical moment of his life. Today’s generation surely feels the same about 9/11 but there was something, not sure exactly what, that made Kennedy more personal to the boy.

Three years later, in the summer of 1966, the country was introduced to mass killings with Richard Speck in Chicago and Charles Whitman on the tower at the University of Texas. And then Manson; years later Son of Sam.

Then more assassinations: Malcolm X, Martin Luther King, Bobby Kennedy and ironically, John Lennon, a decade later. And with each incident a country that became a little bit more callous and immune to tragedy.

Since JFK, we’ve had 149 shooters create havoc in 40 states and the District. Columbine, Virginia Tech, Newtown, Orlando, Las Vegas and Sutherland Springs got the headlines but there were hundreds more. We gasped, we read, we watched, we mourned, we read victim profiles in People Magazine and unfortunately we moved on waiting for the next one. And it happened. Again and again.

It really hit home ten days ago when on November 15, 2017 the Wall Street Journal hid, on page two, a four-inch story about a random mass shooting in California. Our societal-ill has fallen from the front page. He thought to himself how very sad it has all become.

We can pray every weekend in synagogue and church for peace but we won’t see it in our lifetime. Gun control or not, neither will our kids and if I’m lucky enough one day to have grandkids, they won’t either. If a lunatic wants to create chaos and violence they will. We shrug everytime there’s an incident and then get on with our lives. The period of national mourning we lived through in 1963 doesn’t happen anymore. For some reason we’ve come not to sanction, but expect, incidents.

The eleven-year-old kid from fifty-four years ago is now sixty-five, balding, with two great sons, a wonderful wife, counting down on a good career, has two repaired shoulders and five clean heart arteries. He doesn’t have a partridge in a pear tree but he does have two rescues from the local humane society who make every day that much better.

He can’t believe what the conscious of the country he loves has become. He longs for the innocence of Camelot, which he knows will never happen again, but maybe more importantly, the feeling of love and nationalism that was born during the mourning of JFK, whether you were for him or not.

His country today may not be rotting at the core, we have too much history and national pride to ever let that happen, but on the outside it’s as divisive as its ever been. Today goes well beyond taking sides as hawks or doves; as intergrationists or segregationists; or even being red or blue. Sadly, a solution doesn’t appear imminent.

But maybe one day we can feel better about ourselves and just go back to those five magic words:

“Ladies and gentlemen, The Beatles!”