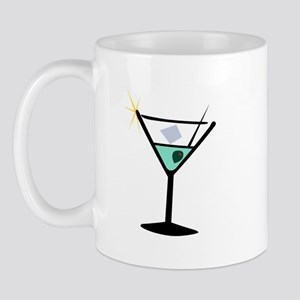 For some of us it’s at the office. Others, at home. Or maybe on the golf course or just while we’re on the go doing chores du jour. However, no matter how bad the day gets rarely is it worthy of national television.

Unless you are the mayor of Las Vegas, Nevada. Her honor, Carolyn Goodman, got on a national TV roll the week before last, first on MSNBC and then twenty-four hours later with Anderson Cooper on CNN. It didn’t quite go as planned. Mayor Goodman didn’t have one bad day, she had two.

First she called Nevada Governor Steve Sisolak’s coronavirus shutdown of Vegas “insanity” on MSNBC. The next day she got baited by Cooper for offering up her city to be a coronavirus control group/placebo test for the rest of the country. Emotion got the better of her. She just wanted Vegas to get back in business. Mayor Goodman took considerable heat nationally and locally for her quasi-idiotic and ill-advised rants but she felt she needed to say what she was thinking- not around the kitchen table but to the world. The mayor also knows she won’t be re-elected which made it much easier to speak her mind, pundits be damned. 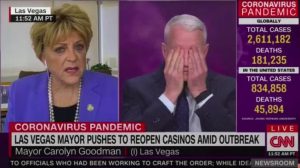 The mayor had a bad day. It happens to all of us.

Mrs. Goodman, 81, has been the back-half of the nation’s longest consecutive mayoral political dynasty. She is in her third and final term and when it ends in 2023 she will have served twelve years. Mrs. Goodman succeeded her husband, Oscar, as Vegas mayor in 2011 after Mr. Goodman also served three terms from 1999-2011. Presently, Vegas is in its twenty-first consecutive year of the Goodman family reign and headed for two dozen. The only family that ever presided longer was the father-son team of Daleys in Chicago tallying forty-three years but not consecutively. Richard J. was in control from 1955-76 and after a thirteen year recess his son Richard M. took charge in 1989 for twenty-two more. Between Chicago and Vegas that’s a lot of years of Daleys and Goodmans but nothing compared to the seventy-two years and counting that the Kim family, dead or alive, has ruled North Korea.

Las Vegas has term limits, Chicago didn’t and North Korea doesn’t. Three terms are max for its mayor so no matter what Carolyn says, or doesn’t say, she’s finished after this four-year stint.

Oscar came to city hall right from his desk as a preeminent criminal defense lawyer. Known locally and nationally as the “mob lawyer” he defended the likes of Meyer Lansky, Nicky Scarfo, “Fat Herbie” Blitzstein, “Tony the Ant” Spilotro and Frank “Lefty” Rosenthal. Not really a group you want to bring with you to the rabbi’s home for Shabbat dinner.

Goodman had a cameo in the movie Casino and a reoccuring role in CSI. One of the local gambling halls designed gaming chips with his image. You can grab a filet at Oscar’s Steakhouse in the downtown Plaza Hotel. He had a six-figure endorsement deal (all donated to charity) with Bombay Sapphire gin for his trademark martini, hold the olives, but toss in a jalapeño please. He relished being photographed with a martini in one hand and a Vegas showgirl on each arm. All in a day’s work as sin city mayor. Eccentric? You think?

The Goodmans arrived in Vegas in 1964 from Philadelphia. Through the years Oscar built a successful law practice and Carolyn, a year older than her husband, was very involved in education and benevolence in the Jewish community. Together they founded the very prestigious Meadows School, a college prep program for students from pre-K up through the twelfth grade. They raised four kids. By no means were they a couple of floozies looking to strike gold out West. They are good folk. They gave back to their community many times over.

Mr. Goodman, a Democrat who had his critics, was also wildly popular. He won election in 1999 with 63.7% of the vote. In 2003 he was selected by readers of the local newspaper as the “least effective public official.” However, that same year he was reelected with 86% of the vote. Go figure. Only in Vegas, eh? In 2007, for his final term, he captured 84% of the ballots. So much for ineffective. In 2011 he convinced his wife to run and become his successor. As a political independent Carolyn won with 60% of the electorate and subsequently was re-elected twice more including last year with a whopping 84% of the vote. They were no fluke. They also swapped roles as First Lady and First Gentleman of the state on the same day. 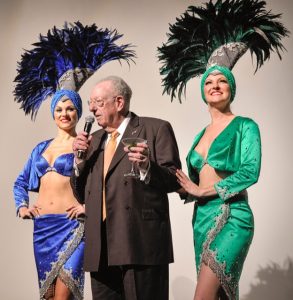 Together the Goodmans helped make Las Vegas what it is today. Oops, what it was prior to March 16. It’s the top adult tourism destination in the world. Or was. Under the Goodman regime the metro area has just about doubled to 2.3 million residents. We have only been here eighteen months but consider Vegas home and won’t leave. It’s an incredibly livable town and our area of Summerlin, part of the city of Las Vegas, is clean and friendly. The Goodmans saw two professional sports franchises come to town on their watch— the NHL Golden Knights and the NFL Raiders. The NBA would be making a huge mistake not being here in the next five years. There’s a new 65,000 seat football stadium, 20,000 seat multi-purpose arena and 10,000 seat baseball stadium in town. You can’t drive a mile without seeing another major construction project in the works. And a world class airport that has more non-stops to international destinations than any other city its size.

So, the mayor had a bad day. Big deal. It happens. She called for the re-opening of Las Vegas and spit in the face of the coronavirus. Truth is her rants were at least a refreshing option to a governor that seemingly has gone into witness protection.  Governor Sisolak did finally emerge on Thursday to reopen golf courses and tennis courts and to let us know there will be curbside cannabis pick-up. The latter news made cooped up Nevadans on lockdown the past six weeks incredibly happy. Or they soon will be. However, still no word on when we can play slot machines or get a haircut. Mrs. Goodman was ready to open full-tilt ten days ago. She looked silly when Anderson Cooper asked if she would go to a casino under her all-in opening guidelines. Nah, she’s got a family and doesn’t gamble was the head scratching retort. Huh? The mayor didn’t help her message, that’s for certain. The whole thing is a bit ironic as the Vegas Strip is not under the mayor’s jurisdiction anyway. The Strip is in an unincorporated portion of Clark County, known aptly enough as Paradise, and not in the city of Las Vegas. It’s only a territorial technicality, right? What Mayor Goodman was saying, right or wrong, was it’s time to get people back to work. She actually had many defenders for what she said but not for how she said it.

Let’s excuse Mrs. Goodman for a couple of bad days. Chalk it up to one-too-many Bombay Sapphires. Whether you’re yapping on television like the mayor or running for cover from your electorate like the governor, the real issue is just how long will it take for the dice to be rolling and the martinis to be flowing again? Vegas, one of the hardest hit by C-19, will be one of the slowest spots to recover. Will her town rebound and be back to what it once was by the time Mrs. Goodman’s term ends in 2023?

Sadly, for the hundreds of thousands of Nevadans employed in the hotel, restaurant, airline, entertainment and gaming industries, they will need to hang on financially for the next year, two or three. There’s a lot of lost ground to be made up before the Strip is a chaotic sea of elbows again.

So, a tip of the martini glass to the Goodman dynasty and the city they helped create. Anybody can have a bad day on CNN, right?

And here’s a Bombay Sapphire toast to Mayor Goodman’s town returning to good health. Sooner rather than later.