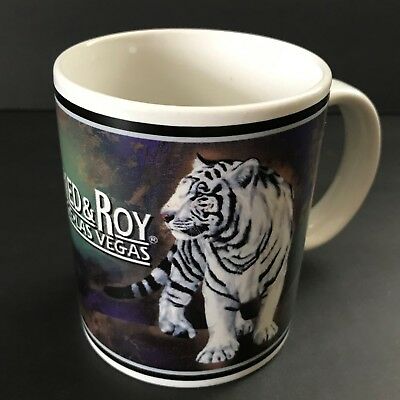 I’m by no means an airlines basher. I certainly could be, but instead I’ll leave it to the professional curmudgeons to handle for me. I’m also no airlines rube as I flew for thirty years, usually three weeks a month on the road. The airlines make it far too easy to bash them by doing stupid and thoughtless stuff that would only take a little common sense to make right. At the end of the day however, the airlines do one thing exceptionally well—they get people from point to point safely. And you could almost feel sorry for the industry and its employees during this COVID shutdown. The airlines got $25 billion in government bailout money and another $25 billion in low interest loans to stay afloat and carry a payroll. That’s a billion with a ‘b’. Southwest got $3 billion of it. That’s okay, we need the industry healthy. We need people to start traveling again. For the first time in months, over my kids’ objections, I’ll get on a plane a week from today. Ten days or so after C-19 crippled the country, I booked a round trip on Southwest to go from Vegas to Birmingham, Alabama, for my Medjet (medjet.com) board meeting next week. I paid $177 round trip. Incredibly inexpensive for that route and incentive enough to book it. A few days ago I checked the fare again. How about $598? Nice job Southwest. Sock a billion or so away and start once again pounding the public. We are looking for a reason to get back on the go. Be nice to us. We take all you dish out in outrageous fees and travel inconveniences but we still come back to you. We need you and you know what, you the airline travel industry, need us. There is so much goodwill the industry can do to help them regain public and consumer confidence. Gouging isn’t one of them.

It’s enough to make you want to drink. Speaking of which, the beer industry is also taking the coronavirus on the chin. Ten million gallons of suds that were shipped to stadiums, arenas and bars around the country for the upcoming baseball season, the NHL and NBA playoffs, March Madness and St. Patrick’s Day, will spoil. Typically, draft beer stays fresh for between two and six months. At the present rate that means there will be about $1 billion of unsold and expiring beer. According to the Wall Street Journal it’s even worse in the U.K. where 49% of beer is consumed in pubs, restaurants and bars compared with only 20% over here. That means about fifty million pints could go to waste on Boris’ watch. The industry is literally crying in its own beer.

Las Vegas is mourning the passing of Roy Horn on Friday. Horn, 75, was half of the legendary entertainment duo Siegfried & Roy and a fixture in the Vegas community. Interestingly, the pair met working on a cruise ship where Horn was a waiter and Siegfried Fischbacher a cabin steward. They both had a penchant for magic and yada yada yada Steve Wynn brought them to the Mirage in 1990 where they performed 5,750 consecutive sold-out shows until October 3, 2003 when Mr. Horn was dragged off stage by a tiger. He spent the better part of the next sixteen plus years rehabilitating from his injures before his passing on Friday from COVID-19 complications. Their show changed the face of Las Vegas entertainment from single acts and showgirl revues to large-scale productions. Their Mirage show cost over $30 million to produce. Roy Horn was beloved in this community for his presence and benevolence. Following his accident the city named a street, Roy Horn Way, in his honor.

In lieu of the gym still being shut tighter than Tom Steyer’s campaign headquarters, our daily morning bike ride went from five or six miles a day to north of twelve. The good news is Andi and I are getting to explore some areas of our Summerlin, Nevada, community we never knew existed. We ride at altitude, about 3000 feet and climb. The downhill portion is delightful. Uphill, not so much. We have some incredible views of the shuttered Strip and neighboring Spring Mountain range. The desert vegetation is in bloom and gorgeous. No humidity makes the mornings pleasant. The bad news is each morning my legs feel like sandbags from the day before and by the time we’re done riding I have a very unpleasant case of crotch burn, if there is such a medical diagnosis. I get off the bike and amble around for five minutes like Hoss Cartwright getting off his horse. Please governor, open the gym.

When was the last time you called for an Uber or Lyft?

I love watching some of the old television shows from our young, impressionable years. On Amazon Prime I’ve found fifteen episodes of Groucho Marx’s You Bet Your Life. Groucho was incredibly quick and witty. He manipulated his guests right into his humor. Some of the stuff he got away with in the late 50s, early 60s, would have him playing three-handed pinochle in the clink with Weinstein and Cosby today.

Worth a watch on Netflix, when you’re finished with The Big Show Show, is the British cop drama The Stranger. It’s fast with a lot of moving pieces and pretty thrilling.

The NFL draft has come and gone and the new virtual format was certainly a novelty, just not one I’m in a rush to see again. The fall of the once mighty University of Miami program was never more evident than in this year’s draft. Over the past forty years, since 1979, my alma mater had more players drafted, 240, more Pro Bowlers, 34, and more Hall of Famers, seven, than any other school in the country. This draft proved it’s a long way back to respectability when your first player chosen is #140, while football powerhouse Leonor-Rhine University has a player taken at #37. And that may not be the worst of it for The U. They open their 2021 season against Alabama.

Las Vegas lost the 2020 NFL draft to the virus. The league announced that Vegas will get another shot at hosting in 2022. Next year’s draft will be in Cleveland. In football, as in life, if there is ever an act you want to follow it’s Cleveland.

Here’s a Vegas stat I didn’t know and you didn’t either. The corner of Las Vegas Boulevard and Tropicana Avenue, where you can find the MGM Grand, Tropicana, New York-New York, Excalibur and Park MGM resorts, has more hotel rooms, 12,536, than any other intersection in the world.

Sorry to hear of the passing of NFL coaching legend Don Shula, 90, last week. He was a class act. I had the fortune of doing my college internship in 1972 with the undefeated Super Bowl champion Dolphins during Mr. Shula’s third year with the franchise. He retired in 1995 with 347 wins as an NFL head coach, the most in league history. He lost only 173 games but it was one of those losses, the 1969 Super Bowl as head coach of the Baltimore Colts, that Jets fans will always remember. That was going to be the first of many championships for the Namath-led Jets. It didn’t quite work out that way.

And you’ve got to give the Jets of today credit. A typical NFL running back is good for four, maybe five seasons in the game until age 25 or 26.  Recognizing that Matt Snell, Emerson Boozer and John Riggins are getting up in years the Jets, in a youth movement, signed Frank Gore last Tuesday. Gore is 37. J-E-T-S.

I know I’ve harped on this before but the longer the NHL and NBA keep throwing out these ridiculous scenarios to try and finish the ‘19-‘20 season the more ludicrous it becomes. Nobody cares. If they are truly dug in to try and finish the season it will be a public health hazard and borderline potential disaster. Better to put that energy into a 2020-21 plan to start and finish a complete season. However, there is probably too much television money on the line that will undoubtedly dictate further play in a season that has lost its integrity.

Polling data to the contrary, bettors at offshore sportsbooks don’t believe the way to win the U.S. Presidential election is to self-quarantine in your basement. Trump’s odds have increased a fraction this week as a 6-5 favorite to win in November. Sleepy Joe hanging out in his house has lost a little bit of traction. And don’t look now but money is being placed on Hillary to steal the nomination from Biden and win on Election Day. It’s a long shot but people are starting to back the idea with a few quid.

My golf partner, Craig Caplan, and I won our flight in our golf club’s Two-Man Best Ball tournament last Saturday. We topped the leaderboard and cashed the big $142 check. It just illustrates how well the handicap system in golf works, that it can make a bad golfer competitive. Me, that is, not Craig. But the real significance is my $71 share was more than anyone on the PGA Tour won that same weekend.

I turned 68 on Wednesday. Also celebrating on May 6 were Willie Mays (89), Bob Seger (74) and George Clooney, a kid at 59. It was also the day in 1915 that Babe Ruth hit his first major league home run, but he was a Red Sox and nobody cared. Through Facebook I got hundreds of well wishes from all walks of my life — friends, colleagues and characters dating all the way back to 1965 and my junior high girlfriend. Even my wife’s ex-husband sent a greeting. Thanks to y’all. It’s much appreciated and humbling to know such a wide array of quality people. I also heard from a host of former big-league ballplayers whom I befriended during my fifteen baseball camps. For kicks I put together an accomplishment list of those who sent birthday wishes and it’s the makings of a pretty good expansion team — four World Championships; 250 pitching wins; 2364 K’s on the mound; one no-hitter; two All-Star games and a Gold Glove. I also gave myself a present and notified Social Security to start sending my monthly checks. Happy birthday to me.

Birthdays included, time does pass too quickly. It was fifty-five years ago Friday, May 8, 1965, that I scooted up to the bimah for my bar mitzvah. But even more importantly for us New York kids it was fifty years ago Friday, May 8, 1970, a half century in time, that Willis Reed and his injured right leg limped onto the court for game seven of the NBA finals, back when the Knicks were still in the league, to inspire the good guys to a 113-99 win over the Lakers. NBA-TV, commemorating the anniversary, replayed the entire game on Friday afternoon. It was a fun watch. However, no word yet when HEB-TV will rebroadcast my Torah portion.

Today is Mother’s Day. Do me a favor and if you can give your mom a hug, or even just pick up the phone and tell her how much you appreciate and love her, don’t let the chance get away. I wish I still could.