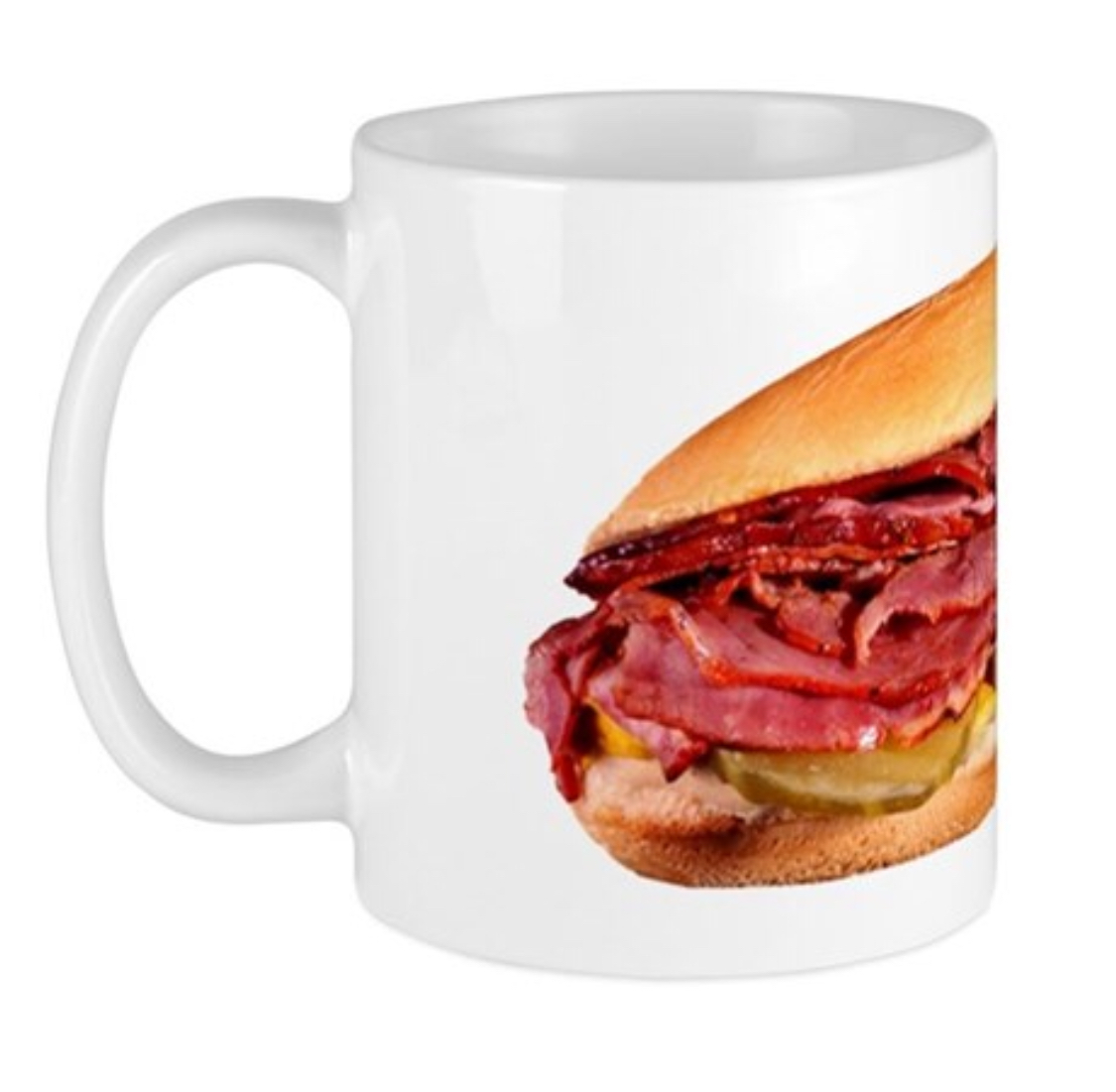 My brother took a long look at the two ladies sitting in a booth by the window. One had ordered a pastrami sandwich that was piled higher than an architect’s rendering of The Wall. The other a turkey and Swiss, about the same height. Individually the sandwiches weighed more than the ladies did collectively.

At Bagel Express, Las Vegas’ answer to the Carnegie and Stage, Mike slowly ate his spinach and cheese omelet, staring at the pastrami on rye, salivating in the right corner of his mouth. “That’s what I should have had,” my kid brother moaned. A combination of regretting the aftershock and knowing it wouldn’t be what the doctor ordered lead him to the boredom of three eggs smushed together.

Four days later I was at the funeral of a thirty-six year old I didn’t know. He was a UNLV classmate of my son Scott. By all accounts Allen Ladd was a great, fun-loving, do-anything-for-you guy. Scott spoke to him a day before and they made plans to meet for lunch. The next night, Allen went to sleep and never woke up.

The following week a doctor, who’s a cardiologist, visited our house. All is fine, thank you. It was a family dinner party and he brought with him eight cigars to host anyone that wanted to participate with a cordial for dessert. In my case it absolutely wasn’t what the doctor ordered. Two years earlier I would have smoked all eight.

What are we doing? Avoiding random indulgences for what guarantees in return?

A longtime friend, a fitness buff and careful as she could be with her diet, passed after a long and ugly battle with pancreatic cancer, the dreaded diagnosis that Trebek is determined to beat. A high school friend, we were estranged for forty-years and reconnected for the last couple, had a heart attack in the wee hours before his wife could summon help. One of our employees, a lady in her fifties, didn’t show up for work one morning and lay dying in her living room. It was too late when the paramedics arrived.

Sadly, we all have experience with this. You can fill in your own names and circumstances. As we get older it happens more frequently. It’s sad. And sobering. For those of us on the back nine of life, and especially for those who are on the sixteenth and seventeenth tees, it’s also scary.

It used to be, as kids, the only three-letter acronyms that mattered were ACT and SAT. Nothing else counted. Today, the PTA has become the PSA. We are consumed with A1C, CBC, TIA, CVA, DVT, EKG and ICU. And then there are the three letters that all men dread the most— PMS.

After my cinco de bypass in August, 2017 I was told to watch my diet. Docs told me if I wanted to have a steak a couple of times a month, that’s okay, just don’t abuse it. Cigars, which I enjoyed two or three times a week on the golf course or my porch, are no-go’s. When my A1C came back pre-diabetic that meant no more carbs:  breads, pasta, pretzels — all staples of mine. There could be no life without them, right? My afternoon Diet Pepsi bit the dust. And no more sugars, which never was real important to me other than in fruit.

I’ve had three cigars over the last eighteen months and progressively disliked them all. Which doesn’t mean I’ll never have another one, but when the cardiologist brought the stash over to our house that night, I wasn’t tempted.

So, let’s be reasonable with the time we have left. Even though I am in the gym six mornings a week and feel as good as I probably ever have, I don’t have any great desire to be the healthiest guy in the cemetery.

I think all the time about those who have left us, not wanting to be one. But also wanting to enjoy the remaining holes on the course. If I want three steaks a month, I’ll have it. Whole wheat pasta gets old, so maybe I’ll cheat with some real spaghetti tonight. Every Sunday morning I ditch the otherwise daily green apple with a peanut butter schmear and Greek yogurt for a couple of slices of whole grain toast. I’m living large. Pizza is on the avoid list so instead of having it every night, we bring it in once a week. Big deal. That won’t kill me. However, driving I-95 in Miami might.

A couple of months ago I was at a banquet and really wanted the ice cream served for dessert. I’m not a big ice cream or dessert guy, but for some reason I was beyond tempted. I told the colleague sitting next to me that I would love it but I shouldn’t. He said, “life is to enjoy, not to avoid.” It was strawberry and it was magnificent.

So, the next time the server comes over to the table and wants to know if you’re ready to order, look ‘em square in the eye and say with authority, “I’ll have the pastrami on rye, piled high please!”

Life is too short for egg white and spinach omelets.