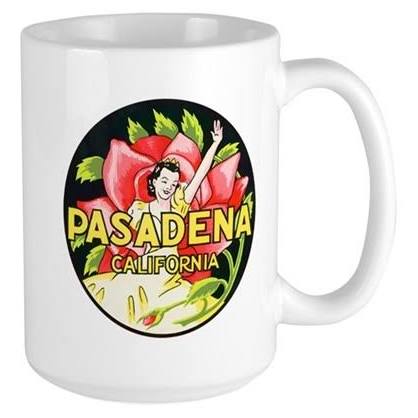 As a kid, New Year’s Day on Long Island always seemed cold. Temps were probably in the 30’s and 40’s until about 4:45 in the afternoon when suddenly it turned sunny and 72.

Lunch—tuna on white with a touch of vinegar—would be a prelude to the Cotton and Sugar Bowls, two games we had to get out of the way until the main event. In those days there were only four college football bowl games that mattered and they were all played on January 1.

CBS broadcast the Cotton while the Sugar Bowl was the first of a trifecta on NBC. Nobody paid attention to whatever was on ABC, probably “Queen for a Day” or one of those girly shows.

Then, at precisely 4:45 pm EST every New Year’s Day, the chill subsided, the clouds disappeared and the sun shined bright.

NBC, in living color, opened with the peacock and the next screen we saw was Pasadena, California in all its splendid glory. It was the Rose Bowl and no matter the temperature outside, no matter where you were, it became a universal 72 degrees.

It wasn’t until the early 1990s that legendary football voice Keith Jackson reminded us the Rose Bowl was the “Granddaddy of Them All”, which in retrospect meant the Cotton and Sugar were a couple of distant cousins. The Orange Bowl at night was perhaps a favorite uncle, but nothing near the stature of a granddaddy.

From those teenage years, say 1964-68, we had Lindsey Nelson, he of the wild patterned sport coats, and then Curt Gowdy, bringing us the play-by-play of the Pac 10 against the Big 10 and no mater what Fidel Castro was up to, all seemed right for the next three hours. And you knew it was special when Mom let us watch the game in the kitchen during dinner on the Admiral black and white with rabbit ears that was on the wheeled television stand.

It didn’t matter if it was USC or UCLA or Michigan or Ohio State or even Purdue or Indiana, it was always a game I embraced. One day I wanted to be there.

A half century later, when calling it a career loomed, I made a promise to myself that the first Rose Bowl game after my retirement would have me in Pasadena. And Tuesday afternoon, New Year’s Day just-past, I was.

I wanted my boys and Andi to go, too. Listening to my recollections of the what the game meant to me fifty years ago was probably painful but they all respectfully feigned interest.

However, when you watch in your bedroom as a kid you know nothing about a twenty-four mile drive from Beverly Hills, where we spent New Year’s Eve, to Pasadena taking about an hour and fifteen minutes, even four hours before kickoff. You can’t grasp the last mile taking fifteen minutes, unless you’ve seen me on the treadmill.

I was warned how miserable the parking and ingress grid was once you hit Rosemont Avenue. Forty bucks got me an advance parking pass for one of the Rose Bowl lots, which I think technically was still in the Pasadena city limits.

In reality, the parking pass turned out to be a greens fee. The Rose Bowl parking lot is on a golf course. Honest. The Brookside Golf Club where every other day of the year $28 gets you eighteen.

When we were finally directed to our parking area, we were right on the lip of a sand trap with the seventh green directly in front of it. Thankfully our front fender never grounded in the sand and we saved two strokes.   Fortunately it was not cart-path-only and as we emerged from son Scott’s car, no foolin’, right next to the left rear tire, was a Titleist 1. Pity the hacker looking for his ball. Our visual marker, if we ever wanted to find the car again on the way back, was the driving range screen. At Brookside Golf Club, host of the 1968 LA Open, they take the term ‘driving range’ very literal.

We missed the Rose Bowl parade that morning in downtown Pasadena but made up for it by parading from our select sand trap to the designated stadium entrance, another mile away. I never saw this on TV as a kid.

Seeing the iconic Rose Bowl signage on the facade as we finally approached the stadium produced a small case of the chills. Once inside, after thirty minutes to get through security, the glory of the stadium and reflecting sunlight didn’t disappoint. A gorgeous setting right at the foot of the San Gabriel Mountains gave me what I hoped for. The once-upon-a-time vision came alive.

The stadium itself is ninety-seven years old and a chaotic crowd mess. It was built in 1922 for $272,000. Trump Construction did not get the bid. I heard he’s suing.

There were 91,853 on hand, about a thousand over capacity, to see Ohio State and Washington. I’m pretty sure, by the traffic, the other 91,849 each drove their own cars.

The game itself was a bit of a yawner until, of course, we headed out. Sure, after Ohio State stole the 2002 national championship from Miami on a faux PI call and didn’t give it back, the Buckeyes getting beat always makes for a better day but in the big picture it really didn’t matter to me. OSU had a 28-3 lead and held on over the last six minutes for a 28-23 win that only made a difference to those who had some quid on the six point betting line. Most of the Washington fans exited for the golf course before we did. Plus, we were in a rush to trek back to the seventh hole hoping by then a sleeve of Callaway’s might be sitting beside the car.

The experience of being at a Rose Bowl was wonderful. The ancillary stuff, not so much. When I was watching in my bedroom I didn’t have a twenty minute restroom wait or the constant up and down in the seats of people coming and going, or those who for some reason have to stand during every play, or the very inebriated, who the more they drank had no idea they were paying $17 for a beer. All for $245 a ticket.

I’m glad I went and could share a memory with the family but it’s a one and done. The older we get, the less fun crowds are.  Everything is a cluster of flying elbows, of people walking into you from every which direction and very long lines everywhere. Games have become much more fun to watch at home, remote in hand, no-wait restrooms, and most importantly, the bedroom only steps away. No more schlepping to these games for me. It’s easier and more fun just to stay put.

Sorry, gotta run. I have to check-in for my flight to Santa Clara for Bama-Clemson tomorrow night.