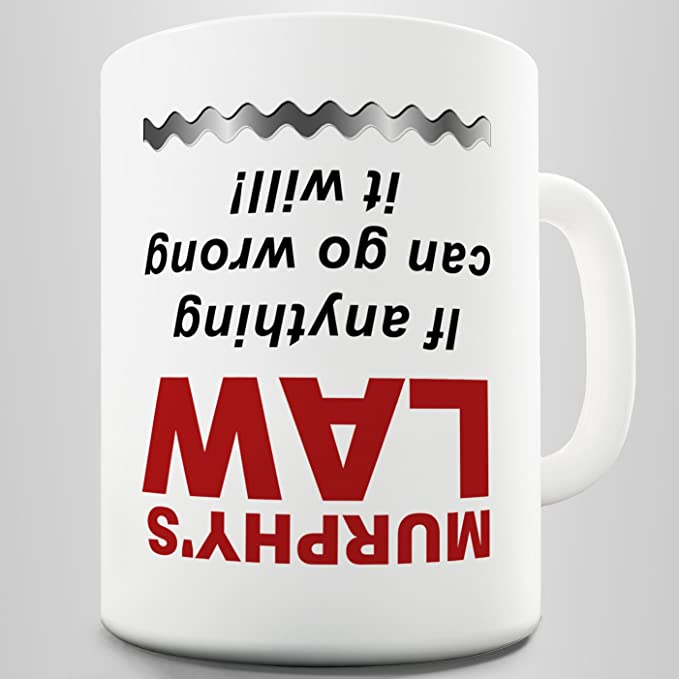 From the post-holiday Sunday Morning Coffee grab bag of nothing in particular:

Ever wonder what Barron Trump is thinking?

If your grandkids ever want to know the definition of Murphy’s Law have them Google the Trump presidency.

Poor Mike Pence. Just as he was on the verge of completing a four-year term as the best lapdog in American history, now every time he turns around he is flattened by a right hook from everybody including his master. Some of the blows are hard enough to knock a fly off a guy’s head.

As customary, in his final act as president, will President Trump leave President Biden a handwritten personal note in the Oval Office desk? It’s never too late to take the high road Mr. President.

Tourism numbers in Las Vegas were off 50% in November. Sports books won a record $62 million that same month. So, do you really think you have a chance?

Reportedly, things were so slow out here the week before Christmas that a cocktail server at Wynn made $6 in tips for an eight-hour shift.

Last week was supposed to be one of the busiest and most exciting of the year in Vegas. It turned out to be one of the saddest since COVID checked in. The CES— Consumer Electronics Show — deposits about 180,000 guests on our shores annually during the second week of January with an economic impact of $300 million. This year was also going to introduce a billion-dollar exhibition hall expansion and a $53 million underground people mover for the conventioneers. Instead, the Las Vegas Convention Center is closed; hotels are virtually empty and getting a dinner table with a Strip view is no problem. 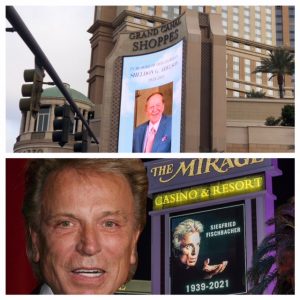 The precursor to the CES show was COMDEX, the computer dealers’ expo that was launched in 1979 by Sheldon Adelson, a Boston kid who grew up without two nickels to scrape. Mr. Adelson died last Tuesday at the age of 87 as one of the richest men in the world. He was chairman and CEO of Las Vegas Sands Corp., the globe’s largest gaming corporation with properties from Las Vegas to Macau to Singapore. In Vegas he owned The Venetian and Palazzo and the Sands Expo Center. In business he was reported to be tough and gruff yet he was one of the world’s foremost philanthropists. When COVID shut down Vegas tourism he kept all 10,000 of his employees on full salary and benefits. Though a Patriots fan, he was instrumental in early negotiations and financing guarantees to coax the Oakland Raiders to Las Vegas because it was good for the city. When he was 12, he borrowed $200 from an uncle to purchase a license to sell newspapers on a Boston street corner. He must have liked it so much that in 2015 he paid $140 million to buy the daily Las Vegas Review-Journal, which he kept relevant in a down industry. Forbes estimates he died with a net worth estimated of $36 billion. He was a major benefactor to his adopted land of Israel where he was buried Friday in Jerusalem.

The lights on the Strip also got a little dimmer last Thursday with the passing of illusionist Siegfried Fischbacher, at age 81, from pancreatic cancer. His partner, Roy Horn, died in May. Siegfried & Roy dazzled Vegas audiences since 1967, achieving their greatest success at the Mirage where they had been headliners since 1990.

Earlier this month, Mexico became the third country in the world to legalize marijuana joining Canada and of course, Uruguay. Word is Mexico will use the new found tax money to pay for the wall.

From my Pittsburgh buddy Dave Merison— “If all the social media platforms had banned Donald Trump three years ago he would have won re-election in a landslide.”

Is the Alabama football team that tore through Ohio State last Monday the greatest college football team ever? Who knows? Polls of the sort rank the 2001 Miami Hurricanes, who gave up 10 points a game and beat five Top-15 opponents by the combined score of 236-72, the best ever. You can also make that case for LSU last year, Clemson two years ago or any of a dozen teams over the past half century. However, this Alabama team may be the best collection of individual talent blended into a team ever. It’s projected to have six number one picks and 13 selections over-all in the April NFL draft. Bama had three of the top five in the Heisman voting— the winner DeVonta Smith, a game changer on any level. Finishing third was quarterback Mac Jones, the model of game day efficiency. Not too long ago he was the third quarterback on the depth chart behind Jalen Hurts and Tua Tagovailoa, both now starting on Sundays. 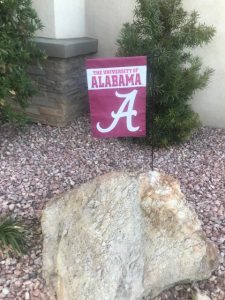 Jones will also be a number one NFL QB in a few years with his Chad Pennington type of game. And fifth place in the Heisman voting was hard charging running back Najee Harris, a steal for someone on draft night. Through the years there may have been better sideline tacticians than Nick Saban but there has never been a better football CEO. His calling card is seven national championships and he’s probably not done. Caesars has made them the 3-1 favorite to repeat in ‘21. Alabama opens next season in Atlanta against Miami. Roll Tide.

Don’t tell me Ohio State didn’t deserve to be in the championship game. Yes they did. Though they played a short schedule, they beat everyone healthy enough to play them and then beat a good, not great, Clemson team in the playoff to earn the spot against Alabama. Plus, college football is always more enjoyable when Ohio State gets trounced like they did on Monday night.

How about the Atlantic Coast Conference which sent two teams to this year’s football final four—Clemson and Notre Dame—finishing the bowl season at 0-6. Its teams were outscored 223-152.

Here’s a good gig if you can get it: become the head football coach at Auburn University. Last month the Tigers fired coach Gus Malzahan and gave him a $21 million check to go away. That’s even better than a $600 stimulus payment.

Got an extra $2.5 billion under the mattress? That’s what it will cost to get an NBA expansion franchise when the league opens up the process. Bet on two franchises to be awarded. Seattle will get one and Vegas the other.

Sound familiar? Seattle and Vegas were the last two cities to get NHL expansion teams.

What we didn’t see much of this year: quarterbacks walking to the line of scrimmage with arms raised asking the crowd for quiet.

Happy belated birthdays to Dick Van Dyke, who turned 95 and can still make me laugh. Sandy Koufax is 84 and probably still unhittable.

Life during a pandemic just got a little better. Hockey’s back.

There is not a better sports studio host than the NFL Red Zone’s Scott Hanson.

Last Sunday’s Coffee featured the image of the J-E-T-S mug, Just End The Suffering. Another favorite among Jets fans is Just End The Season. Reader Matt Strader commented he longs for the day when we have one that says Just Entered The Super Bowl. Stay patient Matt, I’m going on 52 years.

To get us to the promised land, on Thursday the J-E-T-S hired 49ers defensive coordinator Robert Saleh to a five-year deal as head coach. Play the under.

I like Aaron Rodgers as a quarterback. As a game show host, I’m not sure his personality, or lack of, will resonate. However, the producers of Jeopardy! see the scouting report differently. Rodgers will tape episodes as a guest host once his football season ends. “I’ll take Discount Double Check for $600, Aaron.” 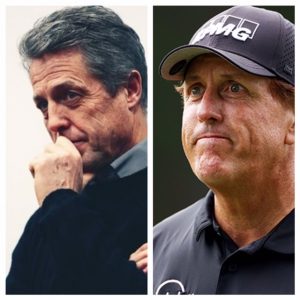 Hugh and Phil. Separated at birth?

CNN’s special on the influence of music during the Carter administration, Jimmy Carter, Rock & Roll President, is worth a watch. Also on HBO Max, The Undoing with Nicole Kidman, Donald Sutherland and Hugh Grant, only six episodes, but terrific.

And speaking of Grant, every time I see him, I see Phil Mickelson.

Here’s one all of us ‘Canes never thought we’d see — a University of Miami grad selected the ‘most likeable person in the world’ by The Profile, a business and consumer newsletter. Congratulations and thank you Dwayne “The Rock” Johnson.

The Knicks are off to a nice NBA start with a 5-8 record. Don’t chuckle. The Knicks got five wins in a month, it normally takes half a season to do that. But the Knicks will always be the Knicks. At their home opener on December 27 two players took the court wearing the same number.

Since Nevada went to mandatory masks at the gym, there’s plenty of prime parking available. And it amazes me, now more than ever, the people who use exercise machines and don’t have the courtesy to wipe them off for the next user.

You probably won’t remember this but last year, four days before the NBA shutdown validating that this COVID thing was for real, the pro tennis tournament in Indian Wells, California, canceled its event scheduled for the following week. That was a real attention getter for what was to come. Indian Wells just canceled their March event this year, too.

Tommy LaSorda’s passing leaves Willie Mays as the oldest living Hall of Famer. Willie will be 90 in May.

Gerry Marsden, of the 60s British band Gerry and the Pacemakers, passed last week at 78. He brought us such staples in our teen years as Don’t Let the Sun Catch You Crying and Ferry Cross the Mersey.

The NFL regular season finished with Buffalo and Miami the best against the point spread at 11-5. Las Vegas and Tennessee were the best ‘over’ teams at 12-3-1.

Tonight, it’s Brees vs. Brady. A combined 85 years of quarterback talent, head-to-head, for what will probably be the last time. Savor it.

Finally, in sports gambling parlance, a ‘bad beat’ is when you lose a bet after seemingly guaranteed a victory. The year is barely three weeks old and already some gamblers have suffered what will probably stand up to be the worst bad beat of 2021. Four years ago anyone that layed big odds and wagered on ‘under’ 1.5 impeachments for Donald Trump felt they were on the way to the cashier window. Then two weeks ago Team Trump fumbled. Make no mistake, it was a perfect fumble, everyone who saw it said so. However, it was recovered by Team Pelosi. With Trump finally out of time outs, all quarterback Pelosi needed to do was take a knee and just run out the clock. Instead, she decided to put the ball in the air and run up the score. ‘Under’ players tossed their losing tickets in amazement and disgust. These things have a way of coming back to haunt. Will this one too?

Let’s have a safe, healthy week and a peaceful transition of office.