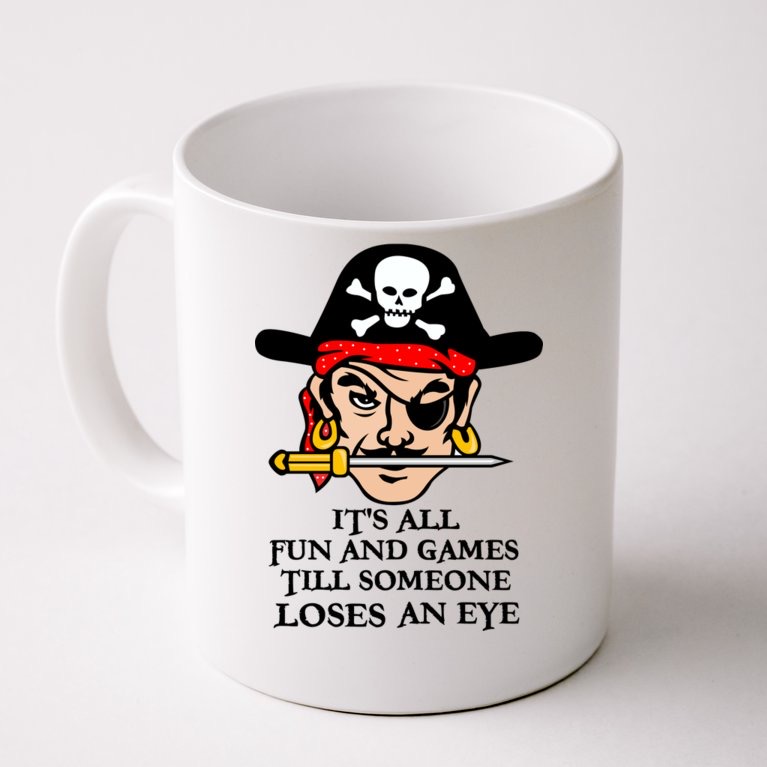 Baseball chatter, on the field and out of the dugout, has been a staple of the game for over a century. Back in the day, it was innovative if not downright ornery toward the opposition.  These days, it’s become stale.  Many will say like the sport itself.

On the diamond or from the dugout, on any given day at any given level, “Hey batter, batter,” “No hitter, no hitter”, and “We want a pitcher, not a glass of water” is among the gibberish between pitches. Been that way for almost ever.

When a batter takes a close pitch for a ball, a few of the guys habitually feel compelled to express “Good eye, good eye.” It’s habit, if not necessarily fact.

Two years ago, November ‘20, our then three-year-old chow/retriever mix, Deuce, lacerated my lower left eyelid. It was my fault. He’s skiddish and stupidly when I approached and surprised him from behind his instinct was to defend himself. Fractions of an inch higher I probably lose my eye. Fractions of an inch lower, all I have is a scar. It took three surgeries to finally and cosmetically reattach the lower lid and one more surgery to try and repair any nerve damage inside the eye that might have been resultant from the three earlier surgeries. It was a bit more of a mess than I imagined.

Without turning this into a piece for Ophthalmology Today, suffice it to say my vision was permanently altered because of the injury and resulting surgical corrections. Each eye functioned well individually but because of all the scar tissue accumulated from the four procedures, both eyes together did not send a consistent signal to the brain. Thus I would see double, lose depth perception and most peripheral vision. Dizziness has become a regular guest in my new world. When the docs and surgeons in Las Vegas were finished with me, I was referred to a world renown neuro-ophthalmologist at the UCLA’s Stein Institute. Doc prescribed a prismatic lense which is intended to regulate light to coordinate sight. By and large it worked. Sometimes I now even can find  the last step on a staircase with my new shades.

Last week I knew my baseball would be rocky, a combination of age and vision. At 70 I wanted to get in the batters box one more time. Unfortunately, rocky turned out to be my week’s norm.

For two years of recuperation before getting the prismatic lenses, anytime I did any physical activity, from the gym to hitting a golf ball, the injured left eye would close as a protection reflex. It left me with sight only out of my right. I’m not sure why I thought it would be different on the ballfield, but with my new lenses, I did. 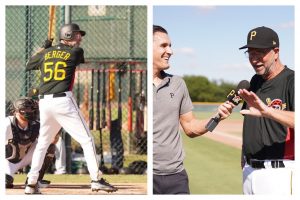 That little dream ended last Sunday when 84 of us played our first game at Pittsburgh Pirates fantasy camp in Bradenton, Florida, winter home of the Pirates. The eye, with a natural protective reflex wanted to stay closed while competing. I was left trying to play first base and field throws with one eye while having no depth perception for ground balls or throws below my knees. A pop-up moved dizziness into a 4 am. stupor. At bat I only had sight from the lead right eye. I was in trouble. Playing with glasses for the first time ever made things better than without them, but despite being uncomfortable, was not the elixir I had hoped for.

The former major leaguers who coach us for the week didn’t know about my eye. After an evaluation game, where I did okay, I was selected to play on a team coaches by 1971 World Series hero Steve Blass and one of the most underrated players of the same era, the incredibly funny former off-season grave digger, Richie Hebner. If I couldn’t play for Gold Glove catcher Mike LaValliere and his partner, 1990 National League Cy Young Award winner Doug Drabek’s team, then Blass and Hebner was where I wanted to be. Among other names from baseball days gone-by coaching in camp last week were Al Oliver, John Candelaria, Mike Easler, Jim Rooker, Jack Wilson, Tom Prince and Kevin Young. Great closer of the 70s, Kent Tekulve, was the camp commissioner.

Over the course of my 14 camps in a dozen years, I’ve played for such household names from back in the day like Bucky Dent, Chris Chambliss, Frank Tanana, Oscar Gamble, Darryl Evans, Fritz Petersen, Bill Virdon, Sid Bream, Grant Jackson, Chico Lind, Jim Leyritz, Omar Moreno, Rennie Stennett, Marcus Thames, Blass, Hebner, LaVailliere and Drabek. These guys have almost as much fun as we do watching us stumble around for six days worth of baseball. Some have turned into off the field friends.

Last week the weather on Florida’s West coast was perfect: sunshine and warm. In fact maybe too perfect, as the sun was so bright I might have become the first baseball player ever to scratch for brightness. I had no chance to see at first base in the Sunday afternoon opener. Instead I became a designated hitter/out.

That pretty much became the story for what was a disappointing, though not necessarily surprising, week. I probably expected more than reality wanted to give. Was it psychosomatic as a defensive mechanism?  Not sure. 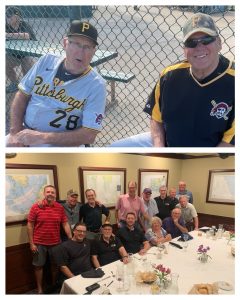 Top: Coaches Steve Blass (l) and Richie Hebner.  Below: Team photo with coaches and support staff.  Our youngest player was 45, the oldest 75. Average team age was 62, about the mean for this year’s camp.

My playing time on the field was limited. I didn’t want to hurt the team defensively. I took on a role of bench coach for Blass and Hebner while chasing foul balls and retrieving bats. I batted regularly in the lineup, more times than not just flailing where I thought pitches might be. I was scared one time facing a pitcher who had the control of Charlie Sheen’s Ricky “Wild Thing” Vaughn. Somehow he didn’t plunk me. My final time at-bat was against a hard throwing mid-60 mph left hander,  who got me easily on three pitches. Most of the time, against most of the pitchers, I felt I was playing whack-a-mole. Get lucky and hit it. Nobody took it easy on me. I loved that. I hated that.

Unfortunately for me, Pirates camp supplies each team with scorekeepers that keep daily stats on the games and campers. My numbers were dismal. I finished with four hits in 17 official tries for a very lousy .235, at least 100 points lower and three base hits less, than any of my previous 13 camps back in the days when I played with two eyes. The four hits, no cheapies at least, were off four of the better, more consistant pitchers of camp. I also hit two other balls really hard that were caught. Most of the other AB’s were whack-a-mole. It’s no consolation but two guys on the team, with four eyes between them, actually hit lower than my .235. However, all of us were way too close to the dreaded Mendoza line of ineptitude.

Where I contributed to the team that finished 5-3 and advanced to the championship game was elsewhere in the boxscore other than the base hit column. I scored five runs — that’s a long way around the bases — including one that was a walk-off game winner. I had six RBI, three in one game, on only four hits, making them count. And when you factor in walks and hit by pitch, I actually reached safely 13 times in 25 total at bats for an on-base percentage of .520, not too shabby for a literal one-eyed Pirate.

We lost the championship 9-8 to the team coached by LaValliere and Drabek with Mike Labanowski, my Africa travel mate, playing a major role for the winners. That’s more baseball cards for Labs to give out to the excited kids in Botswana the next time he’s there. It was the seven championship games I’ve played in: three at Pirates camp, three for the Pirates in intercamp tournaments, and one at Yankees camp. I’ve lost all seven. Buffalo Bills fans are smiling.

Ailing myself, I had great admiration for others who defied incredible odds just to be on the field at this camp: the doctor who a year and a half ago was diagnosed with blood cancer and given no more than ten months to live. He was in uniform playing. So too a gentlemen verbally and ambulatory challenged from a serious stroke and heart surgery a year ago. And there’s the iron man who has undergone an astounding 15 big league surgeries over the past 20 years. And we’re not talking about a wart snipped off his hand. This was major stuff on all parts of his body, some he didn’t even know he had. Injury prone, he somehow convinced his wife for one more chance to play ball.  She finally relented but told him if he got hurt to find another place to live. All three guys, in their 60s, played at different competitive levels but all enhanced their respective rehabs by targeting their return to camp last week. Incredible respect for them all. I know the feeling. I did the same in 2017 after quintuple bypass. 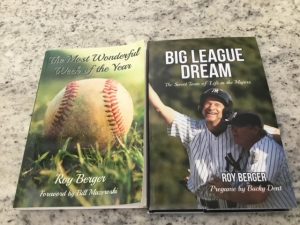 Fourteen baseball camps and two books later, it’s time to call it a day and move on to another hobby.

As for me, for the first time since I started this odyssey in 2010 it will be life without ever stepping between the white lines again. Time to finally stop being a kid. That’s okay. I understand all good things end. Now it’s time to find something else unique. Baseball camp was fun, it was life changing and I found relationships that will last the rest of my life. I got to chronicle it in two books: The Most Wonderful Week of the Year in 2014 and 2017 Big League Dream (bigleaguedream.com), the result of a photo that captured a walk-off base hit in a Yankee uniform at age 63. A dream that refused to die. Both books are on Amazon under ‘Roy Berger, Author’ and both were best sellers in my family.

Maybe the best part of the entire camp experience last week was the seven base-on-balls I drew. I’m not really sure I saw any of the pitches so well that I knew to avoid them. Whack-a-mole.

But my one take-away from the week was letting a close pitch go by for a ball and hearing from the dugout, “Good eye, Roy.”

One good eye sure beats two lousy ones. Ask any Pirate.