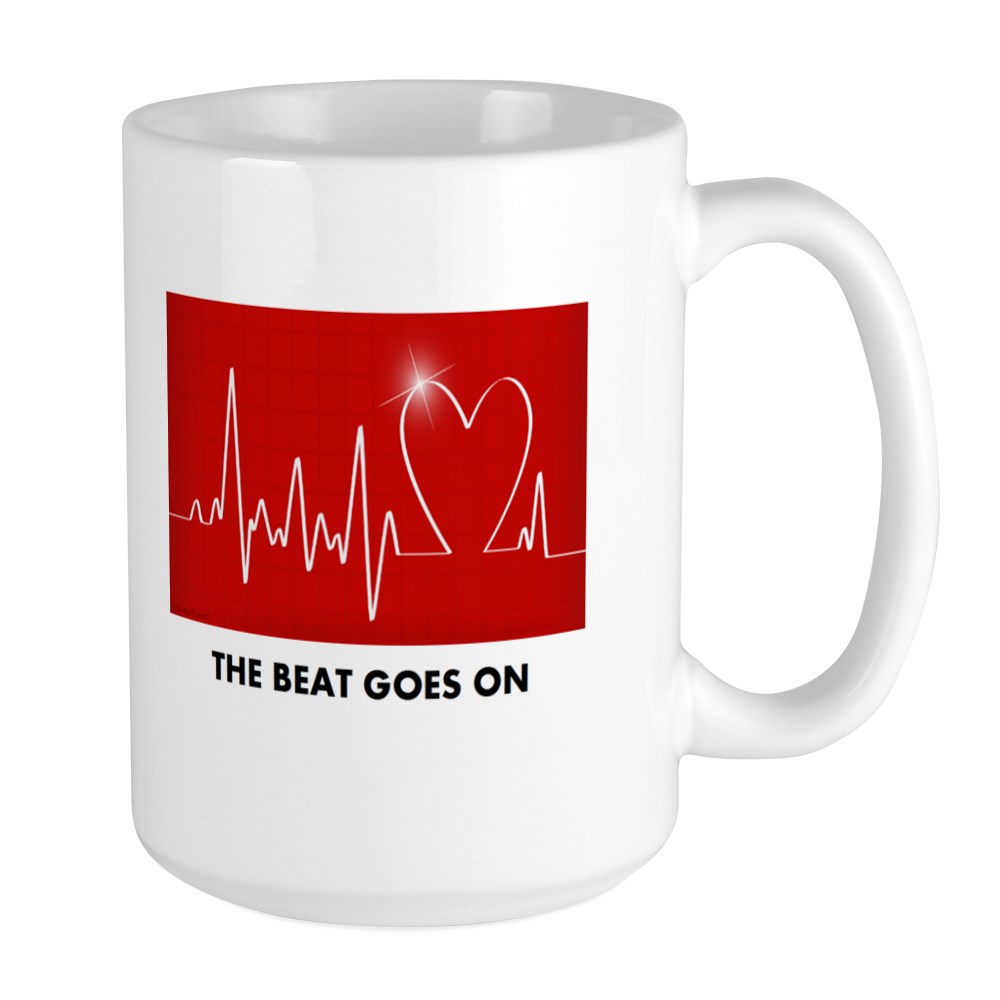 Two years ago this morning I was anything but happy.  A lot can change in two years.

At 5:30 in the morning on August 18, 2017, the sun had not yet risen nor had Birmingham, Alabama yet become a municipal steam room.  It’s still pleasantly uncomfortable in southern humidity before the birds start their chirping.  Four or five hours later, well that’s a different sweatbox story.

Andi, normally as cool as a nice glass of expensive zin on a hot summer day, was piqued this particular morning. Traffic on Alabama Highway 280 was still light as she drove me to Brookwood Medical Center for my six o’clock check-in. She had gotten little sleep the night before, or most nights before, as her mom was in the same medical center with some serious issues that wouldn’t seem to go away for this normally spry eighty-four year old fireball.

It helped the drive to Brookwood from our house was maybe ten or twelve traffic free minutes.  It didn’t help that I was acting like a borderline maniac.  Just the night before we had a lovely evening celebrating our twenty-sixth wedding anniversary (cash the over) at our favorite Bham bistro. I was probably trying to keep out of my mind what was only hours away.

Exactly one week earlier,  I was uncharacteristically gassed during my daily morning workout.  I stepped off the ARC aerobic machine to catch my breath.  Got back on and had to step off again.  Repeat twice more.  Call your concierge doc. Get right through. That’s what you pay for.  He says it sounds the verge of a ‘power outage’ and he immediately schedules a nuclear stress test and echo cardiogram for me on Monday, three days later. The tests come back fine except for one area on the lower heart scan that looks a little suspect.  He orders an angiogram on Friday but says “don’t worry, it’s probably nothing.”  That’s why he’s not a cardiologist.

If I logged the top five fears in my life the list would include birds, tequila, a drunk belligerent Red Sox fan, any heart procedure and Indian food. Not necessarily in that order, either.   Close to sixth would be any heart procedure that starts in my groin. That’s not what groins are for. Yes, I was a nutjob on the way to the hospital and I treated Andi like she was from Boston.

The “don’t worry, it’s probably nothing” turned out to be a little more than nothing.   Actually a lot more.  I woke up a couple of hours later in a room with Andi, a cardiologist, and a never-before seen gentlemen that indentified himself as a cardio thoracic surgeon, though I had no idea what that was, nor why this guy was there.  They cut to the chase.  “It’s probably nothing” turned out to be something.  A big something.  Five blocked arteries — four blocked at 80%, and the all-important ‘widow-maker’ at 100%.  It was as close to the full monty as a guy could get and still be breathing.  Coronary artery bypass graph, CABG in the trade, with surgery imminent.  The only question was should they do it right then or wait through the weekend.  Andi barked, “right now, I will not live with him until Monday.”  I was still giddy from whatever they gave me for the angiogram and I’m not sure the full impact hit me.  It was good stuff.  I do remember thinking the surgeon has nothing better to do than hang around the hospital looking for bypass business?  I’m sure I asked him that too. As it turns out, with about thirty days left before all the blockages would have been 100%, it was very good news for me that Doc Casterline had some free time.

That was two years ago today.  The surgery took five hours, probably finishing at about four in the afternoon.  I don’t remember anything until close to one the next morning when my son Scott got to the hospital from LA.  I was very groggy but I still wanted to know if he got a good deal on the last minute airfare.  Some things mattered more than others.

The next morning the doctor told me my heart was “strong from exercise, good from my diet but I had bad parents.”  What was to be was to be, but I was still ticking.

I celebrated.  I fed the birds, had a shot of Jose Cuervo, rooted for the Red Sox and ordered Tandoori chicken for dinner.  Okay, I’m only kidding.  I didn’t root for the Red Sox.

Two years passes quickly.  Too quickly at my age.  I am better today for that experience but I would have never believed it prior.  They wanted to keep me in the hospital for three days; Andi lobbied and got five.

Incredibly during the whole experience I never had any pain.  Well, actually just once. When they insert the catheter you’re under the spell of some great stuff and feel nothing.  When it comes out, holy shit.  Not sure I ever felt anything like that. Damn, it hurts just writing this.  I did have a load of chest discomfort for a couple of months and the forecast depression for a maybe a month. It wasn’t ‘woe is me’ depression but instead, a mortality check.  Just when you think it can’t happen to you, yada yada and one more yada.  I am now a certified member of the Zipper Club.

I worked hard to put it behind me.  I wanted to get back to work and to physical therapy and into the gym again as quickly as I could.  I gave up some real important stuff — cigars, pretzels and my daily three o’clock in the afternoon Diet Pepsi.

I graduated physical therapy early, clearly the valedictorian of my class, average age eight-six. Dad was proud.  I went back to work way too soon but that’s me.  Within a couple of months I was back in the gym six mornings a week as I’d been for the past thirty years.  I devoted my recovery efforts with the goal of playing old-guy baseball five months later in Florida. I was on the field for first pitch. When I swung a bat for the first time, my chest remained closed. Whew. 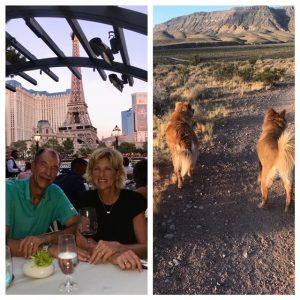 Celebrating 28 & 2 with Andi on Saturday night; an early morning hike with the boys in the canyon on Sunday.

Today I feel wonderful and very lucky.  I am working out almost daily as hard as I ever did. I am playing golf often and as poorly as I ever have.  I love the retired lifestyle and love living west of Vegas in Summerlin. I take more pills every morning than is stocked in the pharmacy at Walgreen’s.  I try to talk with and counsel others going through CABG surgery as often as I can.  There is life, a lot of it, on the other side of that catheter.

And most importantly, I was around for Andi and I to have our twenty-eighth wedding anniversary dinner last night at Prime in Bellagio.

This morning I will walk in the Red Rock Canyon with Ibis and Deuce.  I will reflect on where I was two years ago. This afternoon I will play eighteen very poor holes of golf in temps that might hit triple digits and love it. Tonight is our night at home.

Life is good and I’m lucky to be living it.  I am a most happy fella.

Happy anniversary to me.