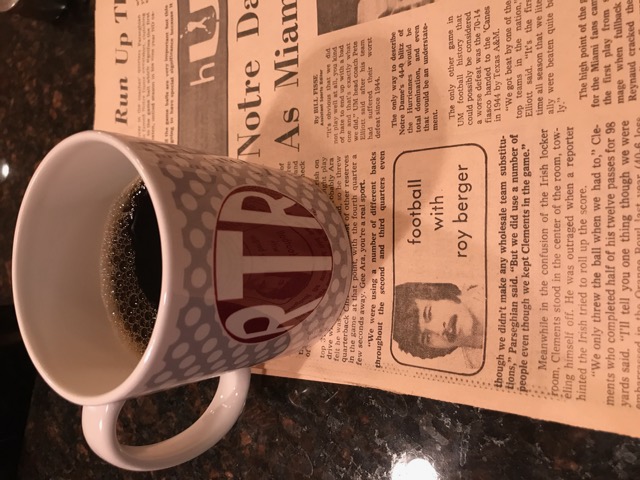 Having SMC from my trendy Roll Tide Roll mug finishing up the morning papers from 1973. And despite the 95 degree temps and 90% humidity in the state that gave you Paul Bryant, George Wallace and Attorney General Sessions, we are only 20 crimson and orange shopping days from our Dixie Christmas- the opening of the college football season! Down here basketball and baseball are nothing but chips and dip until the real entree comes out of the cooker. So Roll Tide, War Eagle and welcome back Blazers, while thinking about some other stuff too:

He’s going to take credit for it anyway, so let’s get it out of the way and congratulate President Trump for accomplishing something in only seven months that the Obama administration couldn’t do in eight years: signing an executive order creating next Monday’s solar eclipse. It’s going to be “great, fantastic, huge.” No doubt.

North Korea is just screwing with us, aren’t they?

With as much weather disruption as we get in the South, I should be writing my $200 check every month to InDirectTV.

Trump is just screwing with North Korea, isn’t he?

After 15 dark seasons, it’s nice to be excited about UMiami football again.

How come as kids we kept our index finger outside of our baseball glove and these days it goes inside?

What happens first– Congress gives us a health care bill or the IRS finishes its audit?

Alabama is supposed to be great this season and Auburn very good, but the big story should be the return of UAB football.

If Trump and Jung-Un are playing the ultimate game of chicken, I sure could use a cold Zima.

Did you know that on average, a big league baseball is replaced every three pitches? If you knew that, you scare me.

Here’s a tweet you won’t see: “Thank you Jeff Sessions, Reince Preibus and Mitch McConnell for believing in me while everyone else was laughing.” And I thought I was fickle!

I’m glad Mark Richt is back at Miami. Thank you Georgia.

I like everything Glen Campbell sang, but my favorite was Sweet Caroline.

With Drew Bree’s passing and if Adrian Peterson returns to form, the Saints will put up 40 points a game every Sunday.

Relax, I know it was Neil Diamond. I just wanted to see if you were paying attention. But I really do like Glen’s stuff.

However, the New Orleans defense will give up 41.

Where can I get a Zima if I really wanted one?

So now there’s voter fraud in Kenya too? Damn Russians are all over the place.

Even as a Marlin, baseball is a better game when Derek Jeter is a part of it.

UAB unexpectantly dropped their football program following the 2014 season when the selfish Alabama-Birmingham administration succumbed to political pressure from blue bloods in Tuscaloosa. It’s a long, convoluted story. But innocent kids on scholarship were left without a football home. 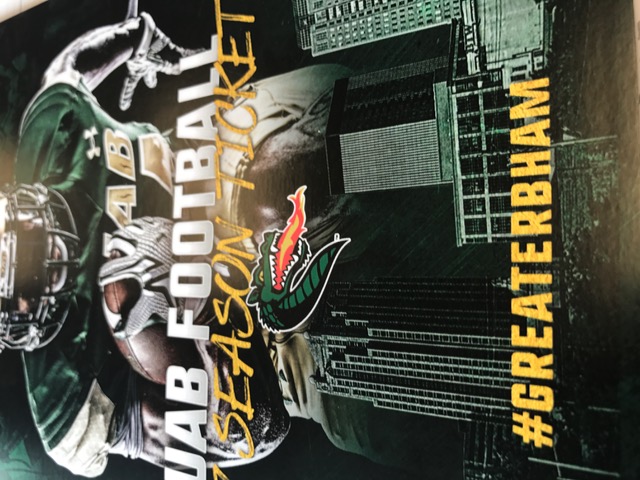 The unlikely return of UAB football should be the biggest story of the September 2 opening weekend!

A massive community effort that I never thought possible, led by boosters and generous donors, brought the program back to life kicking off again Christmas Day, September 2, against Alabama A&M in Birmighham’s Legion Field. Truly an incredible story.

Why does Jay Cutler always look so angry? Can you imagine how his wide receivers feel?

I am a firm believer that every 43 years you should get some ink in your hometown papers. I’m not making this up. On August 9, 1974 I was interviewed by the now defunct Long Island Press, standing outside Westbury Music Fair waiting to see the great Don Rickles, about Nixon’s resignation earlier that day. This week–on August 9, 2017– I was quoted by Newsday, which somehow is still in print, about Medjet’s offering to college students. I eagerly await my 2060 moment. 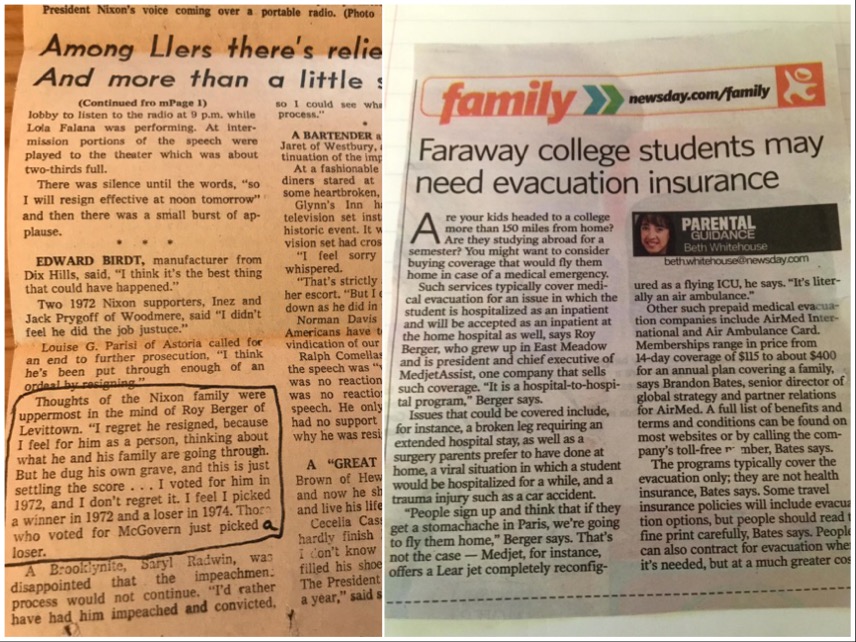 It was 43 years in between mentions in my hometown Long Island media. I’ve gone from a Long Island Press Nixon supporter in 1974 to a make-sure-you-protect-your-college-kid advisor last Wednesday in Newsday.

UAB’s football program will be out of business once again in five to seven years if the City of B’Ham doesn’t build them a contemporary downtown stadium and get the Blazers out of decrepit Legion Field.

Long before 2060, the hard copy newspaper will be encased at the Smithsonian. Some eight-year year old kid will ask his dad, “What was that?”

And while we are talking college football, Notre Dame’s legendary coach Ara Parseghian passed away last week. By no means a ND fan myself, dating long before Catholics vs. Convicts, Parseghian gave me a memory that will never leave. He muttered eleven words to me on December 1, 1973 that still haunt me today. Notre Dame pasted Miami that night 44-0. They could have easily beat the Canes by three touchdowns but Notre Dame kept their regulars in and kept scoring. Miami was inept back then and a threat to nobody much like they’ve been the past decade. The Irish, ranked fifth, needed poll votes. I was a punk 21-year old sports columnist for the Miami Hurricane. In the ND locker room afterwards, among maybe a dozen writers, I asked Coach Parseghian if he ran up the score on Miami for votes. He stared at me. He scared me. He sternly told me, “Young man, Notre Dame doesn’t run up the score on anyone!” Rest peacefully Coach, but I still don’t believe you. 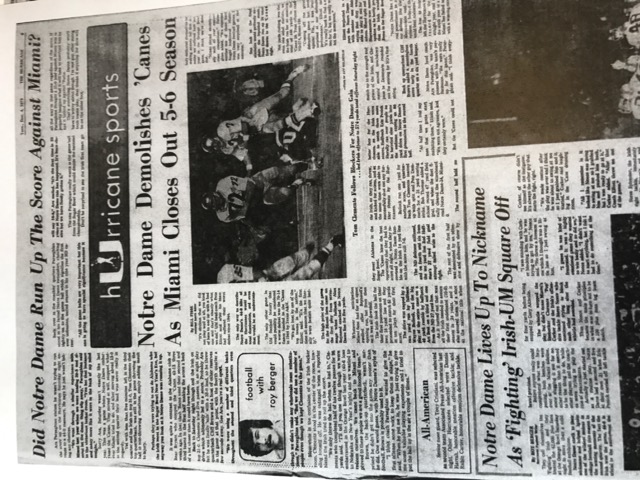 Despite what Ara said, Notre Dame piled it on to impress the pollsters.

If UAB football doesn’t survive, or even if it does, some BCS school is going to be real happy they signed classy coach Bill Clark.

These days if you mention Ara Parseghian to anyone under 30, they’ll think it’s the nightly special at Gianmarco’s.

I hope you have as good a week as I did last week. On Wednesday ‘AARP Membership Advantages’ published this little question and answer piece with me about ‘Big League Dream.’ It’s a pretty strong endorsement. If you haven’t bought the damn book yet go ahead and do it because we are fast approaching the point where I’m not going to bug you anymore:

And as long as you didn’t read from the bottom-up, thanks for making it this far.~