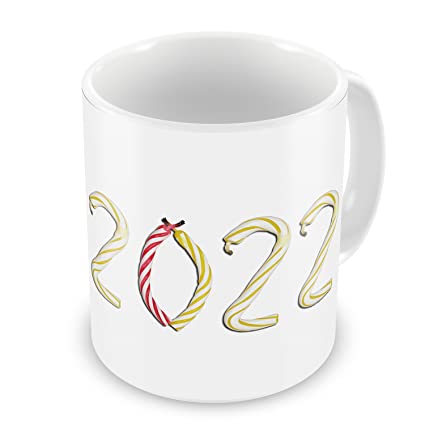 Two years. That’s my over/under on how long it will take for us to come out of the virus malaise. Nobody can really believe we’re going to wave a magic wand on May 1, June 1 or July 1 and everything is going to be just fine again, can they? I don’t think we will be back to 2019 levels until 2022 at the earliest. Oh sure, we will see segments of our economy return but not guns-a-blazing like we knew. Once the virus curve flattens, we will then be hit with a case of unmatched social paranoia about reinfection/reoccurrence waiting for the second wave to hit this fall. We won’t be free again until we have a proven vaccine. Things will change. Things will be different. The restaurant industry will reconfigure itself. Entertainment venues will change. Professional and college sports will resume, initially with nobody in the stands, then a gradual phasing in of spectators regionally before stadiums and arenas are at capacity, probably not until 2022. The travel industry may be the toughest to return with cruises and international leisure travel the laggards. Will things ever be normal again like we knew them to be a couple of months ago? No. But we will have the new-normal and that might be okay, too. In my book we are not recovered until the Dow hits 29,569, one point higher than the all-time best reached this past February 12. The market closed Friday at 24,242. There’s work to be done.

I hope I’m wrong about 2022 but don’t bet against me. You’ll only lose. I am a heck of a handicapper. At least that’s what the statement I got last week from MGM recapping my sports wagering said. Get this: for the period April 1, 2019 to February 18, 2020, I made 76 sports wagers for a net profit of 44 cents. Yep, a quarter, dime, nickel and four pennies right into my pocket. A massive return of .007%. I’m good. Try and get that in your savings account these days.

I’ve been around long enough to see some wacky stuff happen on live television. I saw Lee Harvey Oswald get shot; man land on the moon; the Beatles on Ed Sullivan; the Challenger explosion; a white Bronco being chased around LA; an airplane flying into one of the Twin Towers and I even saw the Jets win a Super Bowl. Just once though. However, considering the setting, I’m not sure I’ve ever seen anything so bizarre as the President’s ten-minute show and tell rant last Monday afternoon. I’ve tried extremely hard not to share my political views in this space but whether you are a Trump partisan or not, it was incredibly inappropriate considering the volatile climate in this country right now. He has redefined the bully pulpit. Every time he appears live, I stay glued thinking something like this may happen. And then it did.

Maybe the most incredible part of Monday’s press briefing was seeing Dr. Fauci and Dr. Birx watch it with a straight face. Wouldn’t you love to know what they are thinking?

And despite it all, Trump remains the 6-5 favorite over Sleepy Joe in November. 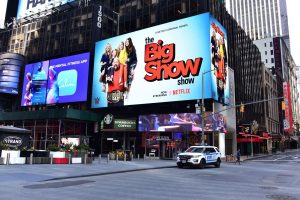 A great but very lonely billboard on Times Square.

Some real good news for my son Jason’s The Big Show Show that debuted on Netflix two weeks ago. On its first day the family comedy jumped into Netflix’s top ten of programming ultimatley becoming number two in the world; for Netflix comedies it was number one. In the U.S. it reached number three, just behind Tiger King and Ozark. We are incredibly proud. I also have four televisions in the house that play nothing but The Big Show Show around the clock. The not-so-good-news is the awesome Big Show billboard at 43rd and Broadway in Times Square that went up a week ago that nobody, but a lone police car, gets to see.

Loved Ozark but it’s pretty dark. Tiger King, on the other hand, was just bizarre.

Worth a peek on Netflix is Unorthodox, a four-parter that is an incredible look into the Hasidic Jewish community and a young girl that fled it.

Doesn’t watching a new series on HBO or Showtime seem so dated? What, I have to wait a week for the next Homeland? That is so yesterday. 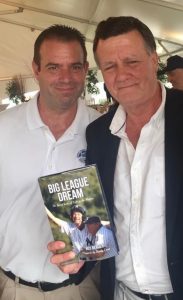 If you are a New York Yankees fan you feel a part of the Steinbrenner family. Sure, the old man was gruff, tough and at times condescending but he turned the franchise back into winners. After George died in 2010, his four kids took charge but left the baseball decisions to the experts. I never met Yankees co-chairman Hank Steinbrenner, the oldest son, but I did admire his taste in reading. Dead at the age of 63 earlier this week. A day later I found out that former major leaguer Jarrod Patterson, with whom I trained for five years preparing for my annual baseball camps, was killed in a car accident. Only 46 with four kids of his own. Be thankful for each day.

Don’t know about you but I am more than ready to sit down at The Palm or Bavette’s with a martini. Kettle One, up, extra cold with a twist, please.

Here’s a misleading statistic. Alcohol sales in the U.S., seemingly from grocery stores and what few liquor stores still might be open, are up 22% since the end of March. Does that mean Americans are drinking their way through the pandemic? Hardly, when you consider that alcohol sales in restaurants and bars are down 100%.

There are some rumblings from the Vegas hotel industry that June 1 may be the reopening day. Word is the hotel/casino conglomerates are looking to phase various properties back into business with everything up and running by August 1. Maybe by next year’s Super Bowl or March Madness, if we have them, Vegas will be cookin’ again. Entertainment will follow the hotels’ openings but not in time for my Mother’s Day surprise to Andi of Lady Gaga and then The Who four days later.

With the gym still locked up tighter than the government’s small business loan program, I’ve taken to bike riding each morning. Six maybe eight miles a day. Not a big uphill fan, either. I don’t love it but it’s a good way to get outside, get the legs moving, the heart rate up and catch a little shvitz.

For those chompin’ for the football season to get here, empty stadiums or not, you might have to wait a bit longer. BetCris, an off-shore wagering site, has it 4-1 against the college season starting on August 29 and 2-1 against the NFL kicking-off on September 10.

And on that note, what is StubHub selling these days?

If you had under seven days on how long the speed-dating bromance between President Trump and Governor Cuomo would last, go ahead and cash your ticket.

A quick happy 30th birthday Monday to a couple of special up and comers – my nephew and niece – Army Captain Brian Berger and his twin sister Dr. Kim Bennett.

Who’s ready and promises not to complain about watching a three-hour, thirty-minute baseball game right about now?

A tough business to be in these days is the residential burglary racket. Nobody is leaving home.

Pity for the high school seniors who will miss all the pomp of their final year and for the college graduates looking to enter today’s job market.

If Mike Pence wasn’t as colorless as a tall glass of gin, he might be interesting. 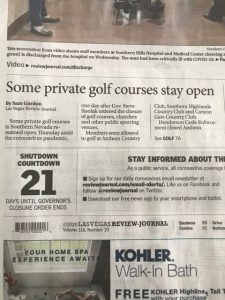 It took 20 years longer than I thought it would, but the cops finally nabbed me on the golf course. I fully expected one day to be cuffed for impersonating a golfer. Instead, the police showed up at our Summerlin club on April 10 closing us down as Nevada Governor Sisolak’s new, revised orders on state golf course closures also included private ones. The Gov was pretty vague in his initial statement as he said he wanted to protect the ‘public’ and close golf courses. The private clubs understood that to mean they are not public, so business and games continue with all the new social distancing rules in place. We actually were doing more social distancing on the course than you’d find at the local grocery store but for some reason that wasn’t good enough. The local newspaper ran a front-page story that shouted private clubs were still open and inferred it was a violation of the Gov’s order. I was on the eighth tee of our morning seniors’ game when LVPD enforcement showed up with closure orders. Through the first seven holes I shot a 24. Okay, I’m lying. But the fuzz did shut us down mid-round. If nothing else, the police read the newspaper each morning. 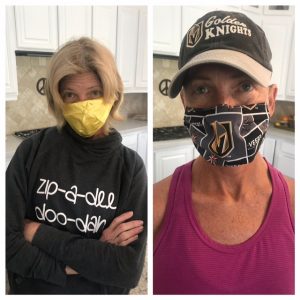 Kudos to my innovative and trend setting wife. Andi took a yarmulke and made it into a face mask that was kosher for Passover. Once the holiday week ended she donned a Vegas Golden Knights mask in anticipation (and hopes) that the NHL might indeed resume their season.

If you get a chance, after your morning coffee, go over to YouTube and check local Vegas comedian/impersonator John Di Domenico’s parody of President Trump detailing to the media the results of his COVID-19 test. “My test was so negative that the doctors said they never saw a negative number so low. They said it was beautifully negative. It was perfect. Perfectly negative!” Funny stuff.

Stay safe. Stay healthy. Stay smart. Most importantly, stay away from me.