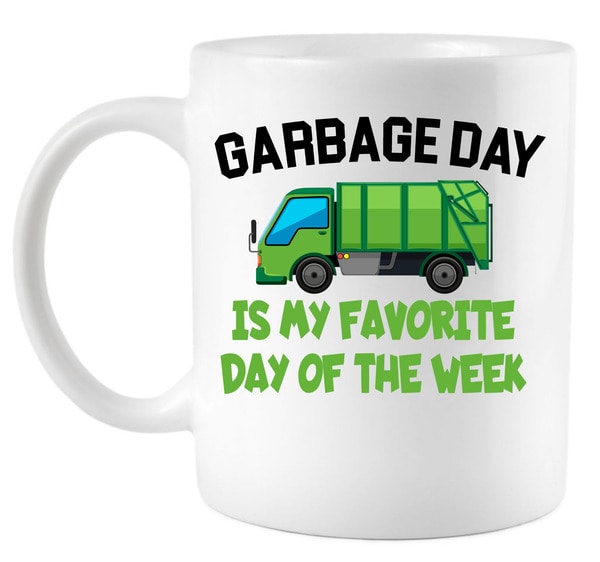 Thankfully, for you, the ‘Sunday Morning Coffee’ hiatus is at long last over. The new website at royberger.com is up and running to absolutely no plaudits. But, while we took a two month break, junk accumulated in the drawer so let’s clean some of it out.

Rain, rain go away. Today is the best Sunday of the year.  It’s Master’s Sunday.  For nineteen years in Birmingham, Alabama, I would sit on the shaded back porch with a slow burning Rocky Patel and enjoy life.  Now, the Birmingham house is no more; the porch traded in for a sunny desert patio and cigars crossed off the list after my cinco de bypass.  But it’s still the best Sunday of the year, even if the rain threatens to mar the Georgia day. So, to beat the storms the final round gets off to an early start this morning, or as Bud Collins would tell us, it’s ‘Breakfast at the Masters.’ To make the weekend a little more interesting I told Andi on Wednesday to give me five guys she likes to win and I’ll run across the street to our local sports book and invest of couple of shekels. She choose Rickie, Justin, Rahm, Fleetwood and at 25-1 Tony Finau, who probably won’t win, but is very much alive in the final grouping. My wife can handicap.  And no matter what happens at Augusta today, things get even better tonight with a Vegas Golden Knights home playoff game on the Strip. There’s no better drama in sports than the NHL playoffs. Life is still good.

Politics aside, come on Joe Biden, don’t do this to yourself.  You don’t need it.  The game has changed and I don’t think you get it. I’m not sure the younger, influencial political game-changers will get you, either. Politics suck and you’ll be pounced upon, whether fair or not, beginning by those inside your own party who want to see you gone. You don’t need it Uncle Joe.  You’ve served your country and your family.  You have been through personal heartbreak.  Sit it out.  Your ship has sailed.  Revel that you’ll be remembered as one of the country’s great Veeps.  In the same breath as Dan Qualye and Spiro Agnew.   Let’s you and me go grab a cold Zima and talk about the good old days when a peck on the top of the head wasn’t an attack but just a good natured peck. Those were the days, huh Uncle Joe?

I don’t know about you, but I just feel better when the baseball season opens.  And it’s not just the game being back.  It’s the air which smells fresher; the flowers blooming; the days longer; shutting off the heat and finally getting to wear shorts on the golf course.  To me, it’s all synonymous with opening day.  Always been that way.

Did ‘Spin The Bottle’ have rules?

Hard to believe that 20% of the US population has a gym membership. I’d take the under on that any day.

Here’s a staggering number: over 1600 of our Vietnam troops are still unaccounted for.

And, Vietnam-centric, if you haven’t seen the four-part ‘Tricky Dick’ mini-series on CNN about Nixon, find some time to watch it.

Beto O’Rourke. Seriously?  Every time I see the guy he reminds me of ‘camper-counselor day’ at summer camp, when the campers try to impersonate the counselor.  Or ‘bring your kid to work day.’  Somehow he raised ten-mil when he announced. He’s exactly what I’m trying to tell you Uncle Joe. 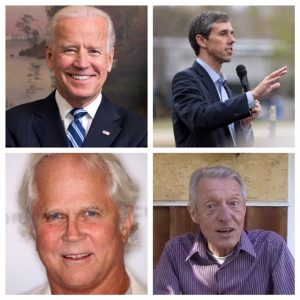 Right now there are only three less candidates in the 2020 Democratic field than there will be Kentucky Derby starters on May 4.  The Derby is expected to have 20 horses.

You have to think Michael Avenatti’s presidential candidacy got a big boost on Wednesday when U.S. District Court in California returned a 36-count indictment  charging the slickster with stealing millions of dollars from clients; not filing, and still cheating on his taxes; lying to investigators; hiding money from debtors in bankruptcy; pocketing payroll taxes and a host more.  You have to believe Avenatti when he said, “I look forward to the entire truth being known as opposed to a one-sided version meant to sideline me.”  He stopped short of calling it a witch hunt or a hoax but we understand what he meant.

When is The Wall groundbreaking?

At an airport newsstand, what’s wrong with grabbing the top newspaper?  Is there better news in the second one?

We’re getting old, gang.  Tony Dow, Wally Clever, turned 73 yesterday.  His sidekick Ken Osmond, Eddie Haskell, will be 76 in June and is still up to no good.

Keep this in your pocket to impress the bartender at closing time.  The Miami Heat have been an NBA franchise for 30 years. In that period of time they have scored 244,950 points.  Dwayne Wade just retired after 17 years in the League, all but two of them in Miami.  Wade scored 21,556 points with the Heat.  That’s 8.8% of all the points ever scored in Miami history.  Pretty impressive.

What ever happened to John Kasich?

I stopped watching SportsCenter years ago.  Don’t really care about the details of that stuff anymore.  However, if Kenny Mayne or Scott Van Pelt are hosting, I’m peeking.

If you don’t think professional sports economics are upside down consider the Cincinnati Reds signed a pitcher named Homer Bailey to a $105 million dollar contract in 2014. Since 2015, Mr. Bailey is 9-27 with a 6.25 ERA.  The Reds got rid of him and for some reason Kansas City gave him a uniform. Through two starts this season in KC, Bailey’s ERA is a nifty 9.00. The good news for the Royals is Cincinnati is still on the hook for $23 million of his salary. That’s $23,000,000. Where have you gone Tom Seaver?

Bet you didn’t know the catcher’s mask turned 212 years old on Friday. James Tyng, a smart guy from Harvard, wore it for the first time in a game against the mighty Lynn Live Oaks.  No doubt James Holzhauer knew it.

Holzhauer knows everything. The Las Vegan, a professional sports gambler, has become a Jeopardy! phenom over the past week.  On Friday he won his seventh consecutive game bringing his earnings to $415,035, now fourth on the all-time Jeopardy! money list and climbing. He’s still far behind Ken Jennings who racked up $2,520,700 with 74 straight wins in 2004.  However, Holzhauer is rolling and nobody has come close to beating him.  When you correctly answer 219 questions in 228 attempts, hit fourteen of fifteen Daily Doubles and six of seven on Final Jeopardy you are going to be tough to beat.  He also probably knows the final score of the Harvard-Lynn Live Oaks catcher’s mask game.

And one last baseball ditty. Some of the paltry April attendance numbers are blamed on playing early season games in the cold Northeast and Midwest.  It must have been chilly the night the Mets and Marlins played indoors in Miami last week and 5,934 people turned out.  It was ‘foul ball for everyone’ night.

So, for the privilege of unsubscribing to junk email that I never asked for in the first place, I have to give a reason?  Come on.

From my high school classmate Eric Fairweather about Sunday Morning Coffee— “Sunday mornings on CBS with Charles Kuralt, followed by Charles Osgood for 22 years and now Jane Pauley have been a mainstay in our house for over 30 years.  I have now added to my routine by pouring a second cup of coffee and reading your Sunday Morning Coffee blog and look forward to it!”  I’ve always liked Eric Fairweather.

And finally from one of my baseball camp pals, Mike Labanowski, who posted: “I ordered a chicken and an egg from Amazon.  I’ll let you know.”