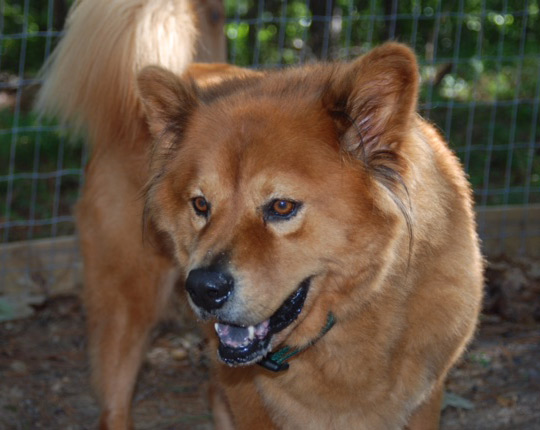 It’s all his fault.

Anyone that has known me for a while, knows just how characteristically improbable the last six years have been.

February 7, 2009, against my wishes, we adopted Ibis as a four month old chow-retriever mix. We hated each other. Andi sent us both to remedial training to try and learn how to get along. We both understood, if our nonsense continued, only one of us was going to be allowed back in the house. Neither of us wanted to take a chance on who it might be.

He had to know, despite 35 years on the management side of the greyhound racing business, I was scared of dogs. Terrified. Never had one in my life.

Yada yada. Now we are inseparable. He has become my best friend (but honestly the competition really wasn’t that steep~). In many, many ways he changed my life and really made me a better person.

This morning, 35 degrees in the deep south, Ibis sits on a rock and suns. He’s also smiling cause he knows he did his job. Last week I got appointed to a seat on the Board of the Greater Birmingham Humane Society. Nobody would have given you odds on that happening. Ever.

Thanks pal for rescuing me.