March Madness? Not For Me. 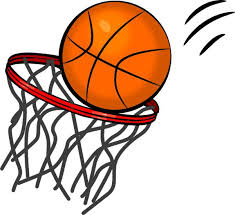 Wanna get into our office pool? “Nah, I got no interest in it.”

Who do you think will win? “I really don’t care, I got no interest in it.”

You ready for the tournament? “Nah, I got no interest in it.”

That’s what I kept telling anybody who asked. I have no interest in March Madness. I also convinced myself of it.

Times change. Things change. You change. What used to be important, like winning a bet, isn’t anymore. The things you’ve always taken for granted, like your health or being able to fund retirement, are suddenly more crucial than a traveling violation that isn’t called.

I stopped betting on basketball two years ago because after a while the wins didn’t matter and the losses stung. Then it progressed to not making a difference whether I won or lost, but the action itself became the tonic. I knew that wasn’t good. And if I won – or more likely, lost – a couple hundred dollars, my lifestyle wasn’t going to change, but sending that same amount of money to help fund Alzheimer’s research or towards making a difference in an animal’s life seemed a lot more important to me than whether or not the 19 year old kid made the meaningless free throw with 2.3 seconds left on the clock.

College basketball, the most overexposed of any television sport this side of The Real Housewives of pick-a-city, still matters to me, but now in a more personal way. I can’t sit and watch a game on TV anymore. It’s been that way for a while. If I flip past a game I’ll probably look at the score but political talk shows have become much more riveting. Really.

I do attend 15 or 16 college basketball games a year. We – Medjet and me – are boosters and supporters of our local Alabama-Birmingham program. Since we’ve been in BHM for the past eighteen years, UAB basketball has become personal. Through the years the coaches and athletic department officials became friends; most of the kids on the roster stay in school for four years, because the NBA doesn’t beckon many Conference USA players to leave early, so we can watch them grow up. We sit on the equivalent of the Laker’s Gucci Row, right on the floor – or, as it’s known at UAB games, Topsiders with No Socks Lane. Being invited to travel with the team a couple of times a year cements the interest and relationship. That’s exactly the way a college program wants it to be with donors.

But UAB’s bubble burst early this season when high hopes became underachievement and the reality of a 16-15 record put the Blazers into the post-season study hall and off of the court. Thus, another damn good reason not to have any interest in March basketball. My guys weren’t there.

UAB really begins and ends my college basketball affiliation and interest. I never saw a basketball game when in school at Miami because they dropped it after my freshman year in 1971 for lack of interest, finally bringing the program back in 1985. During the 60s and two seasons in the 70s, Miami played in a dilapidated barn in Coconut Grove, a half dozen miles from campus, and freshman had no way to get there. Come to think of it, those who had a car, didn’t go either. So I never really developed a ‘Cane basketball affinity the way I did with football and baseball.

My money did go to two traditional basketball powers – UNLV and Kansas – where sons Scott and Jason matriculated. These days, however, it’s only one basketball power because UNLV has become so bad that Jerry Tarkanian, dead for two years, would be glad he’s not around to see what happened to the once-storied program he built. The two schools are now on the opposite ends of the 351 ranked NCAA Division 1 programs. Kansas spent weeks this season at number one; UNLV finished number 222. And for anyone who really gives a shit, Alabama A&M, who UAB beat by 30 points in November, was number 351. Of course…not that I care. But I do follow UNLV and Kansas with casual interest; more than Miami but far less than UAB, a solid 170 in the rankings.

So, as the tournament got underway last weekend and despite the fact I had no interest in it, during the C-Span recess I kept a casual eye on Wichita State.

Before moving to Birmingham we were in Wichita for eight years and were corporate supporters of Shocker basketball. Back then, WSU was very bad. So bad, in fact, that their starting center was a clunky seven foot, three-hundred-fifty pounder named Paul Wight, who looked more like a basketball version of Gorilla Monsoon than Kareem. He knew he had no Abdul-Jabber future in the NBA, so he followed Gorilla’s footsteps and became the “Big Show” in the WWE, where a quarter of a century later, he still resides. Kentucky, a team I don’t like with a coach I do like, put a end to their mini-tournament run and let me get back to ‘Morning Joe’ reruns.

As an impressionable kid I grew to like UCLA because of John Wooden’s excellence, so of course I gave them a look on Friday night. I don’t like North Carolina, another reason to stay tuned hoping they turn in a clunker. When a student enrolls at Miami, they have to sign an oath that they’ll always pull against Florida, so hopefully down with the Gators today. I never knew South Carolina had a basketball program until last week, did you? And how about those Zags? More importantly, does anyone know where Gonzaga University is? But of course, you understand, I really don’t care about any of it.

Saturday night, my only legacy connection remaining in a tournament I really don’t care about –  son Jason’s Kansas –  did what Kansas teams normally do and tanked in a game they should have won. It’s an annual Jayhawk tournament thing. Rock Chalk becomes scattered dust. Not that I really care anyway.

So please don’t ask me if I have any interest in March Madness. Clearly, I don’t.

Anybody know what time the Kentucky-North Carolina game starts today?