Five months ago, almost to the day, I was lying a hospital bed fresh off shoulder surgery. 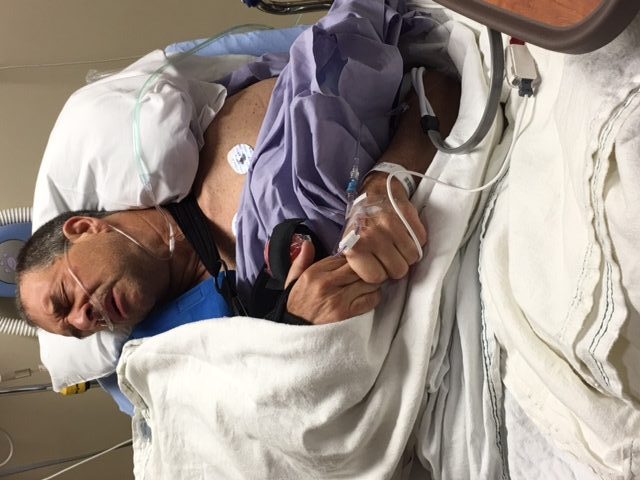 Today, I just didn’t want to take any chances.

So before manager Mike LaValliere and coach Chico Lind had a chance to choose their starting first baseman at the opening day of Pirates old-guy camp, I did what I had done in my previous ten camps– I just ran out there.

When Wally Pipp woke up on June 2, 1925 he had a headache. He reported for work anyway as the first baseman for the New York Yankees. But he told his manager, Miller Huggins, that he didn’t feel well and it was best if he sat out the game. His replacement played the next 2,130 consecutive games. Pipp never started again in a Yankees uniform.

Tony Romo got hurt earlier this season and was out of a job in Dallas.

Fifteen years ago, the same thing happened to Drew Bledsoe of the Patriots.

Pipp was replaced at first base for the Yankees by a rookie named Lou Gehrig, who took over in 1925 and was there until 1939. That’s one long, pounding headache that Pipp must have gotten. It’s not an understatement to say the headache really was a pip. Gehrig’s streak ended fourteen years later when he was sidelined due to the effects amyotrophic lateral sclerosis which we now know as ‘Lou Gehrig Disease.’

Romo ceded his starting spot to another first timer, Dax Prescott, who everyone figured would just be a seat warmer until Romo returned. He most likely never will in a Cowboys uniform. Bledsoe, injured seriously in 2001, was replaced by the 199th player taken in the 2000 draft, a quarterback from Michigan named Tommy Brady.

So this afternoon, less than five months after what was supposed to be a standard rotator cuff repair but instead was complicated by the reattachment of my bicep to my shoulder, I was determined to be here in Bradenton, Florida.

I love this week, it’s adult baseball at its absolute finest, the only place you can see two throwing errors in a standard around-the-horn toss after an out. Trust me, it happened today. An incredibly talented author once called this “the most wonderful week of the year”, because it is. They tell you to ‘start slow and taper off’ because we have no other choice. But nevertheless, all ninety-three of us are in a cocoon of paradise and dreams for a week.

Five times before as a Yankee, four previous weeks as a Buc and one rainy week as a Tiger, I was the opening game first baseman for my side. No big deal, except when you are in your mid-60s and still can make the schlepp from the dugout to the bag each inning. That by itself is big.

I’ve had guys like Bill Virdon, Bucky Dent, Frank Tanana, Darrell Evans, Jim Leyritz, Fritz Peterson, Oscar Gamble, Grant Jackson, Omar Moreno, Doug Drabek and Rennie Stennet manage me and I never waited for them to say “Berger, go play first.” I just went. LaValliere and Lind are my two favorite coaches in seven years of doing this, so I figured if I just ran past them today and muttered ‘Wally Pipp’ they would understand. It worked.

I figure it’s the same strategy used by Mike Napoli of the Cleveland Indians. He led all MLB first baseman in errors last season with 13, but he kept going out to the field every inning anyway. It sounded like a solid plan to me.

I had to miss Yankees camp in November, three months after the surgery, and I was none too pleased about that. My rehab team of Nicole Mallory and Danielle Brock worked me hard, but still cautioned that this surgery was a minimum six-month recovery, not five. And at age sixty-four it could be even longer.

As I prepped for this week before leaving Birmingham, I knew I could swing the bat with no pain but I was very concerned about my defensive mobility as I still have only 70% or so lift and range in my right shoulder. The good news is I’m a lefty so there is no stress in throwing. And my shoulder felt okay until about two or three days ago when I started to develop some soreness and pulling. No doubt my shoulder was saying: “are you really going to do this to me, asshole?” 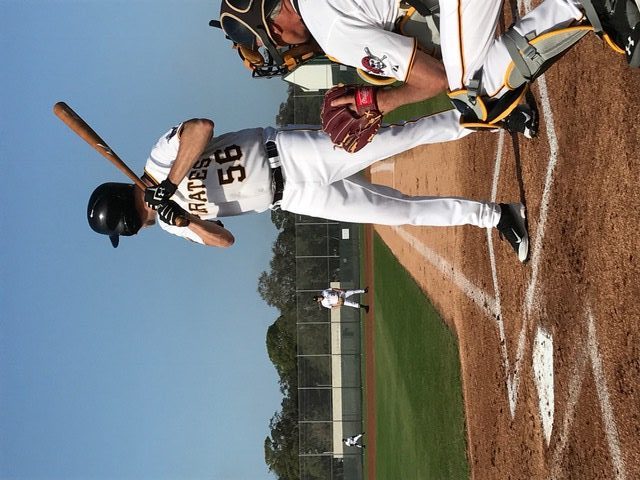 So, in my first at-bat today, whatever tinge of pain and fear I might have had went away quickly when I punched a full-count pitch through the first and second base hole for a single. No shoulder issue at all.

All along I was worried the most about my defense, the part of the game I’ve really grown to love. If my infielders threw the ball right to me, I knew there wouldn’t be a problem. However, at this level, that doesn’t always happen. In fact, almost never does. Instead, if I had to have any range and mobility to chase down an errant throw, for a guy that has almost no range and mobility to begin with, I was concerned about stress on the shoulder.

So wouldn’t you know in the very first inning on a day with wind gusts over 35 mph, the second batter hit a high pop-up, in foul territory off first base and it kept drifting. I ran to find it but the wind eventually blew it backwards and I overran it. I reached over my head, extending my shoulder behind me almost to the middle of my back, and when I opened my eyes the baseball was not only in my glove but my shoulder was still attached to my right arm.

The catch was a real pip.