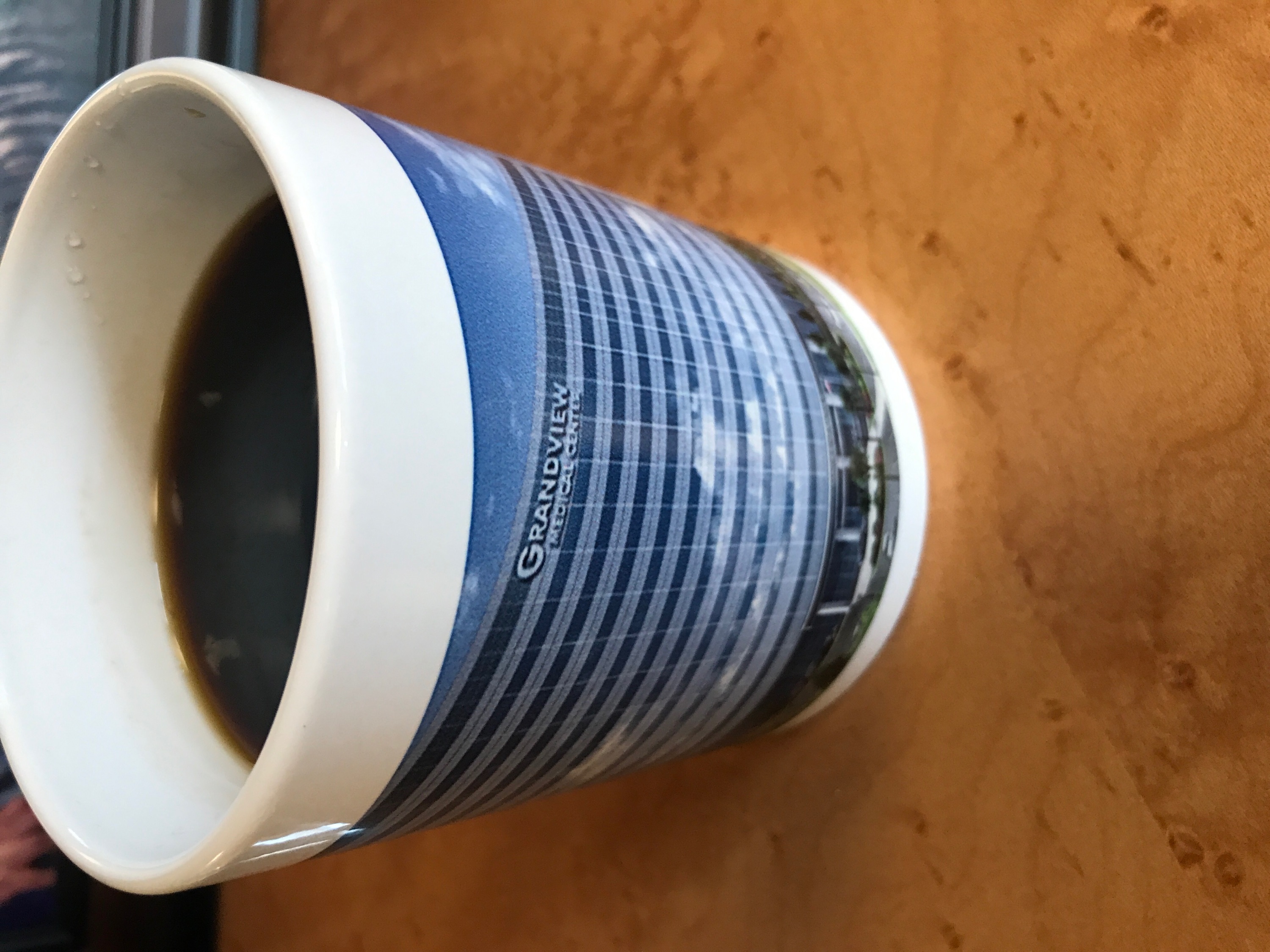 “Cinco de Bypass”. Ever heard of it? “Triple bypass”…yes. “Quadruple bypass”…absolutely. But what term am I supposed to use to let people know that Roy had not three, not four, but FIVE arteries bypassed?

A year ago we celebrated our 25th anniversary on an African safari. On Thursday we celebrated #26 in Birmingham fretting over a procedure that we had no way of knowing would end up being a life-changing event.

6:00 AM Friday morning I dropped Roy off at Grandview Hospital for what we thought would be a minor angiogram procedure, scheduled as a followup to suspect stress test and echocardiogram results from earlier in the week. At worst, I was told, a stent would be placed into any artery more than 75% blocked, which anyone seriously doubted to be the case. Roy is a guy who exercises 6 days a week and eats like Naomi Campbell. He’s the one who orders the salad with grilled chicken, vinaigrette on the side and unsweetened tea; the cheeseburger and fries are for me, thank you very much. His father had quadruple bypass surgery 13 years ago and Roy has spent the majority of his adult life making sure his ticker is tuned to perfection.

The cardiologist performing Roy’s angiogram kept my mom alive for nearly 10 years. He’s the doc I wanted to perform Roy’s angiogram Friday; after all, if he’s good enough for my mom…

After one cup of reeeeally bad hospital coffee I got text and then a phone call from the cardiologist, who was already ready to meet me. “Bad news”, he said in his sexy Columbian drawl. “His right coronary artery is 100% blocked. His left coronary artery is 70 to 80% blocked”…Um, I’m waiting for the punchline but I can tell by his face it’s serious and everything I’m hearing is exactly the opposite of what I expected. “…triple or quadruple bypass surgery…yada yada yada…” I didn’t hear the rest. I couldn’t. My ears and head filled with a dull roar of disbelief. Bottom line: he needs bypass surgery. Sooner rather than later. In other words: NOW.

Fortunately for me and everyone else on the planet, but mostly me, Roy was still under the influence of the “twilight” cocktail that eased him through the aforementioned procedure. There was no decision to make. The cardiac thoracic surgeon, who seemingly wanders the halls in search of an open heart surgery candidate, was immediately available and hails from Wichita, KS; lived there the same time we did back in the 90’s, and he’s a KU grad. His excellent bedside manner was revealed when the first words out of his mouth to my husband were “you have terrible parents” (translation: “your condition is genetic”). Within minutes Roy was whisked off to surgery, but not before he sold the doc and a few nurses copies of Big League Dream (available at www.bigleaguedream.com or Amazon). I tried not to think of what was happening for the next couple hundred minutes. Finally, a nurse called at 1:36 to tell me they had started the “closing procedure”. TMI? Not for me — under ordinary circumstances, I want every detail…but this was turning out to be no ordinary day. I wasn’t nervous. I was numb.

The Surgeon Formerly from Wichita and I met. Despite rumors to the contrary, Roy does, in fact, have a heart. And Roy didn’t have triple or quadruple bypass surgery. The surgeon bypassed FIVE blocked arteries. Roy did beautifully, thanks to a faithful fitness routine he has maintained for decades.

Within 24 hours Roy was walking the halls of the Cardiac Intensive Care Unit with the Cadillac of Walkers, which looks more like the frame of a stock car or a prop from a Star Wars movie set.

Two Fridays ago the symptoms were subtle but the message he was getting was loud and clear: Something. Is. Wrong. That day his daily workout was too hard to complete. His chest felt tight and he couldn’t get his breath, his arms felt “weary”, even while walking Deuce and Ibis that night. On Saturday morning, same thing — he pushed himself to finish his workout and the look on his face when he got home from Lifetime Fitness said it all: he was worried.

I knew things were serious when he skipped his beloved Sunday afternoon cigar.

In typical Roy Berger-fashion, he met the challenge head on and addressed the problem with no hesitation or delay. He called his doc. His doc called another doc, tests were scheduled, results discussed, copies of Big League Dream were sold. 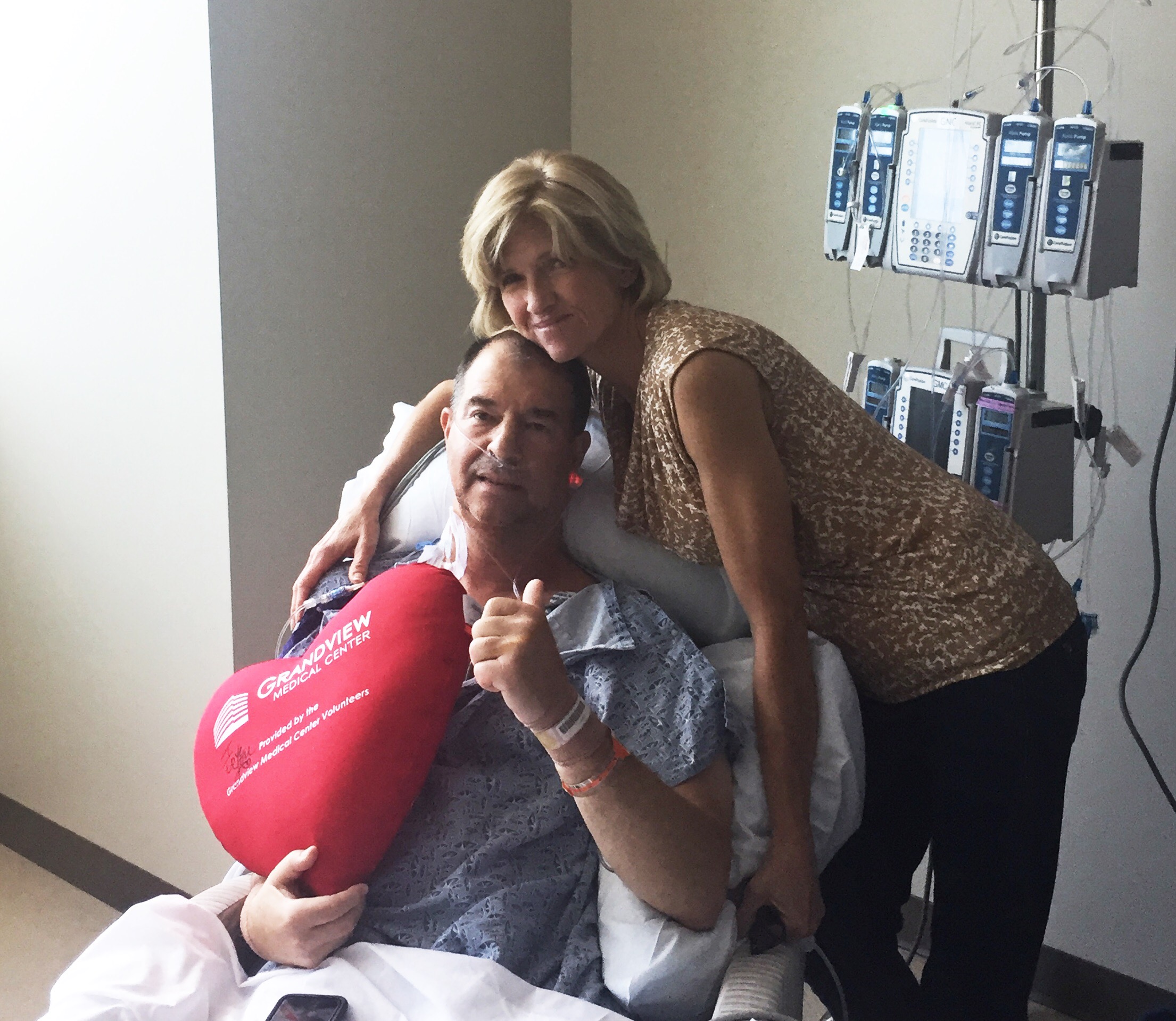 We are blessed, as they say down here in the South, in many more ways than just this one example. No one saw this coming. He is the picture of good health and takes exemplary care of himself (he would disagree). Yet it is a miracle he is alive and his heart held up long enough for him to survive the classic symptoms. We have much to be grateful for and hopefully many years to celebrate this second chance to live and to love.