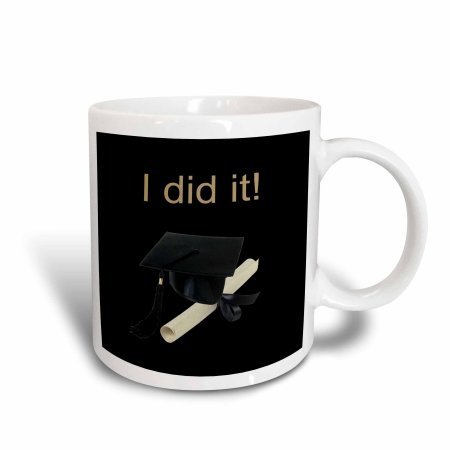 I did it. I graduated. Now, finally, I’ve earned initials following my name!

From this point forward please call me Roy Berger, CP.

I am now a Cardiac Patient. I am Roy Berger, CP. I wasn’t one on August 17, 2017. From August 18th, and for the rest of my days, I will be a cardiac patient. To death do we part. I can’t be disbarred or stripped of the moniker. I never really wanted to be one but a higher authority had other ideas. It sure as hell beats being an ex-cardiac patient. When the last time you met one of those?

So last week I accepted my degree from Grandview Cardiac Rehab University (GCRU) and now I’m ready to meet the world, heart anew. Can I go at the same speed and intensity I used to? I really don’t want to.

The process, known in the trade as a CABG– coronary artery bypass grafting– but better coined ‘cinco de bypass’ by my wife, has tempered just about everything for me. I now understand when a professional athlete talks about the game ‘slowing down’. Life has slowed for me over the last 13 weeks and that isn’t a bad thing.

Stuff that used to matter really doesn’t anymore. Someone asked me — and they were absolutely right– if you knew you had thirty days to live, what would really be important to you? Think about that for a minute. Most of the stuff in our daily life is so trivial it’s almost funny that we attach so much importance and energy to them. The things that really matter? You know what they are.

I was given a second chance, knowing I should either have been dead from five 80% blocked arteries; or if I ignored the siren when it did go off, like the alarm clock on a cold February morning, I probably had two to three weeks before the imminent massive coronary. And that’s if I was lucky.

But a quick response from my primary care physician, Dr. Mike Murray, and diagnosis and surgery by heart specialists Dr. Juan Bernal and Dr. John Casterline allowed me to be here to blog this morning. (I know exactly what you’re thinking and I really don’t appreciate it.)

If nothing else my timing for the quint-cabbage was stellar. Little did I know Grandview Hospital was having a summer-ending heart surgery sale that same August 18 weekend. When the bill for my procedure arrived in the mail, the $250,000 surgery/hospitalization charge was marked down to a settlement of $21,000 by Blue Cross and $1,000 by me. My mom always taught me to keep my eyes open for a good sale. It was the ultimate buy-one-bypass-get-four-free sale. Indeed, it was my lucky day.

Then in early September, two weeks after being discharged, I was sent to cardiac rehab at GCRU. My chest never really hurt me but there was an incredibly sensitivity discomfort. I’m sure most of it was psychological but that’s pretty much my game. I was very sensitive to anything touching my chest, the least of which being a shirt. I walked around for about a month with my right hand pulling my shirt away from me until the tingling finally went away, thanks to time and the miracle of Neurontin. 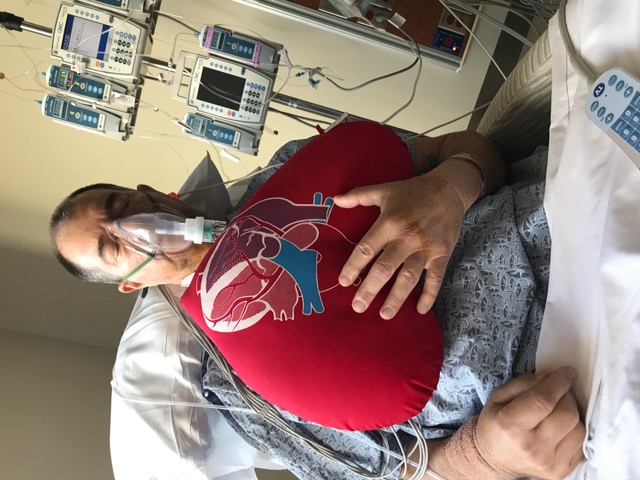 Compounding that, my biggest fear has always been having my chest cut open for heart surgery. The thought of it had ants crawling all over me. But now it had indeed happened. It’s hard to believe. I still have not seen my scar. No kidding. After a while, showering in the dark and avoiding mirrors really isn’t that difficult. You kinda get used to it. The electric bill is a hell of a lot cheaper, too.

When I got to rehab, I was coddled by my specialists Janet Landrum and Maggie Tucker. They told me this would be a 15-week course and by the time it was over I would feel like myself again. I didn’t buy into it but they had me overcome my initial fear and get on the treadmill, stationary bike and elliptical. It was at a speed so slow I thought I had died after all.

But with time all fell into place just the way the ladies told me it would. Two weeks later I was given the okay to resume my schedule at Lifetime Fitness but on a tempered pace in addition to the thrice-weekly 40 minute rehab sessions. No worries, my pace in life had tempered also.

But eventually I got stronger, turned up the intensity in the gym and started to feel good about myself. Both Janet and Maggie agreed that my vitals were good enough that I could graduate GCRU early.

Maggie and Janet mentored me to class valedictorian

I finished in ten weeks, not 15, with the understanding I continue my exercise regime on my own at the gym. I was the class valedictorian among my half dozen 85-year old classmates. I’m very proud.

Now, even this cardiac patient can now see the sun through what had been a thick cumulus of clouds. The docs and therapists told me I have the rest of my life in front of me with a repaired heart. My diet has changed; so has my outlook on things. This week, on a week we give thanks, the important things to me now are my family, my health and the trepidatious rebirth of Miami Hurricane football. I still haven’t had that CABG victory cigar, but I will. I just need to make sure Dr. Bernal isn’t around.

Running out of holes on my life’s back nine there are still a lot of things I want to do but I really don’t know what they all are yet. I’ll probably call it a career mid-2018 and play out the final innings dabbling in adventures that always intrigued me. The unknown really excites me; the unknown really scares me. There’s only so much time left when you’ve lived 75% of your life. So I approach things– almost everything– from this point forward as fun, not a chore. I appreciate friends and friendships more than I ever have. Mean, self-serving, depressing people need not apply.

Up next on my recovery list is to try and get back on the baseball field without ripping my chest open swinging a bat or throwing a ball. I think it will be tougher mentally than physically. Target is the last week of January in Bradenton, Florida as a Pirate with the rest of the dapperly-uniformed geriatrics. By then it will be five months post surgery. I plan to start slow and taper off. Paul Metlin, a fellow camper, has been my inspiration and cheerleader. A few October’s ago, Paulie had a quad-CABG and was on the field, pitching and laughing, three months later. He struck me out twice during that camp. I hate Paul Metlin. 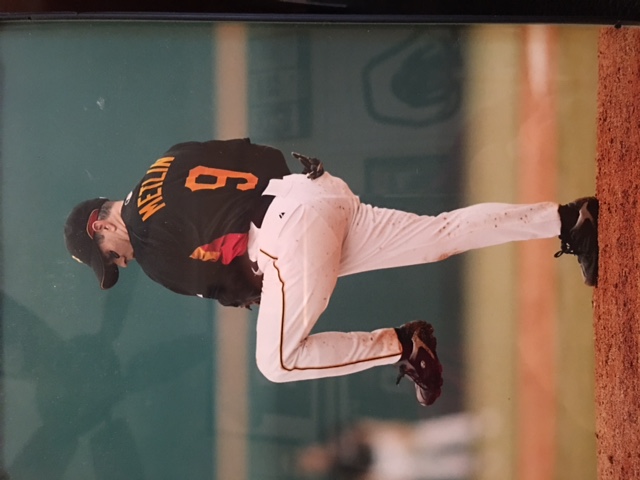 Three months after a quad-CABG, Paul Metlin was throwing strikes

There are advantages to being a CP, too. When Andi asks me to take out the trash, I can play the card– “I’d love to dear but remember I’m a cardiac patient and lifting isn’t really recommended.” Same goes for changing a light bulb, carrying the laundry basket, bringing a chair downstairs to the holiday table or whatever else I can leverage to my CP advantage.

Of course it can also backfire. Like the evening I was once again feeling a little post-surgical frisky. I rolled over and got strategically positioned to make ‘the move.’ All of a sudden I got the stop sign. It wasn’t a proceed with caution, it was a flat out Andi Berger hand-raising STOP. “I really don’t think this is a very good idea,” she said less than softly. “I’d hate to get you all worked up. Remember, you ARE a cardiac patient.” Shit.

Last Tuesday with the sky blue and the sun shining, nurse Janet gave me a hug which was even better than a diploma. She told me “when you walked in here ten weeks ago you were nothing but a bundle of nerves. I’m really proud of how far you’ve come!”

I smiled all the way home. That was the moment I decided it was much better to be a cardiac patient for the rest of my life than an ex-one.

Wishing you a great and safe holiday week,