The Book I’m Not Writing 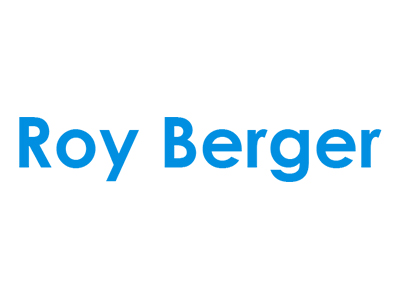 When former Yankee Fritz Peterson takes a few minutes out of his day to drop you a note, you’re glad you did it.

When the Dodgers’ Maury Wills phones on a cold, dark winter evening just to tell you how much he enjoyed your work, you feel warm all over and glad you didn’t listen to yourself.

When Pittsburgh’s Kent Tekulve, who still holds the National League record for innings pitched in relief but would have been a teacher if he didn’t become a baseball player, spends time grading the chapter devoted to him like it was a term paper, you’re glad you listened to a woman you hadn’t spoken to in about forty years. 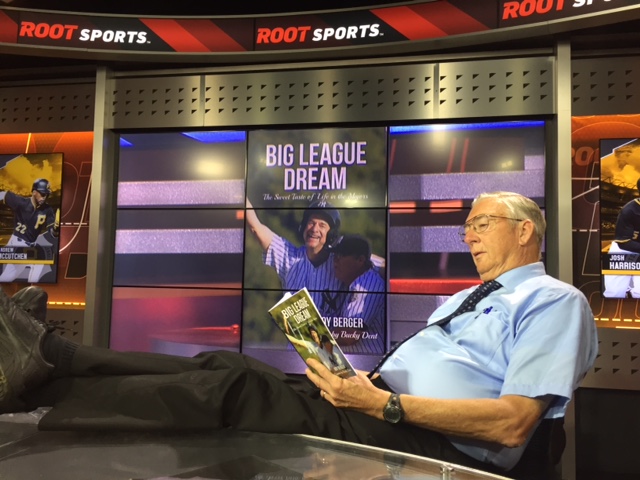 Kent Tekulve grabs a few minutes of reading before going on air as a Pirates analyst.

When Yankee hero Bucky Dent, with his wife’s health declining daily, still agrees to write the opening monologue, you know you’ve befriended one of the classiest people you’ll ever meet on or off the field. 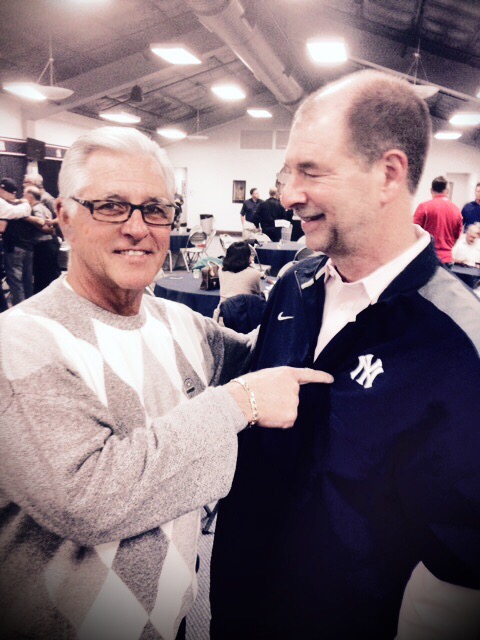 Bucky Dent wrote the Foreword to the book I’m not writing.

When the Mets’ Ron Swoboda is more interested in passionately venting about Nixon and Vietnam than he is the 1969 World Series, you know you have your hands full trying to get him back on course.

When Red Sox Steve “Psycho” Lyons tells you story after story about how his nickname truly became his baseball personality, you can’t help but wonder if this was all a con or he is the real psycho deal.

When the Royals’ “Big” John Mayberry asks you to perhaps think twice about inserting a controversial chapter of his career in the manuscript, you realize his story is just as good without it.

When NBC’s MIke “Doc” Emrick takes time away from prepping 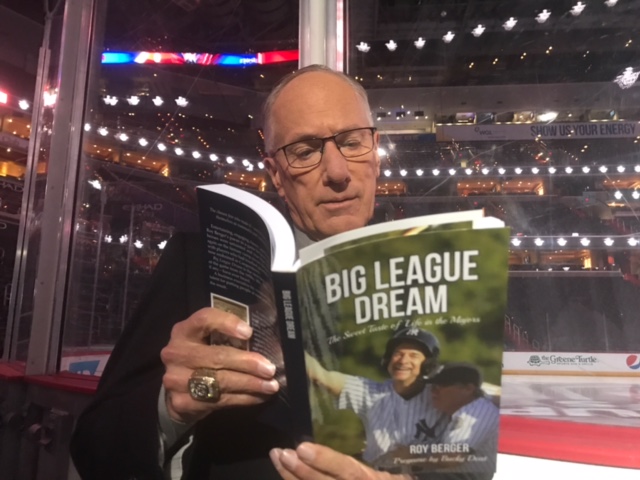 for a Stanley Cup playoff game to talk about his failed baseball career, waxing as melodically as if he is broadcasting play-by-play, you pinch yourself and ask if this is really happening.

When the Twins’ Jim “Mudcat” Grant is on the verge of tears as he recalls his minor league teammates getting off the team bus at a roadside restaurant and bringing food back to him on the bus because they wouldn’t serve African-Americans in the South, you think about a chapter in American history that a middle-class kid living on Whitebread Lane on Long Island paid no attention to back in the day.

When an interview with the New York Post leads to a dinner invitation with Yankees president Randy Levine in his suite at the Stadium, you figure maybe you are on to something good and memorable.

So the book I had no interest in writing was released this week and I’m glad Cliff Welch had his camera and Cathy Dorricott had her conviction.

My one and only foray into earning the word ‘Author’ on my tombstone was going to be the 2014 best-seller (among my family) called “Big League Dream.” That was it. I did it once and I was done.

Then, later that same year, Welch showed up at Yankees Fantasy Camp in Tampa and snapped the moment when finally, at the age of sixty-two, I got the very first walk-off game winning base hit of my life, Little League and my suburban driveway, included. My Pirates hero Bill Mazeroski didn’t even smile as wide when he did it on a slightly bigger stage in 1960!

When Ms. Dorricott, a Miami classmate of mine in the early 70s who I reconnected with forty years later, saw Cliff’s picture, she said “there’s the cover of your next book!”

I told her I wasn’t writing another book. She said “yes you will.” There was no way. I was never as sure about anything.

Then my sons Jason and Scott put on the pinstripes with me for a week in 2015 and damn if Cathy wasn’t right. I now had a really good story to tell: playing baseball with my kids, punctuated by the ballplayers of my era who now were contemporaries and even friends.

Yada, yada and one more yada, Big League Dream is now available on Amazon, Apple iTunes and across all platforms at the host site: www.bigleaguedream.com

As for Fritz Peterson, most of you probably asked “who’s he?” The true baseball Boomer of the 50s, 60s and 70s will remember him as a 1973 Yankees pitcher who was involved in probably the biggest baseball trade of all-time: he and fellow pitcher Mike Kekich swapped wives! 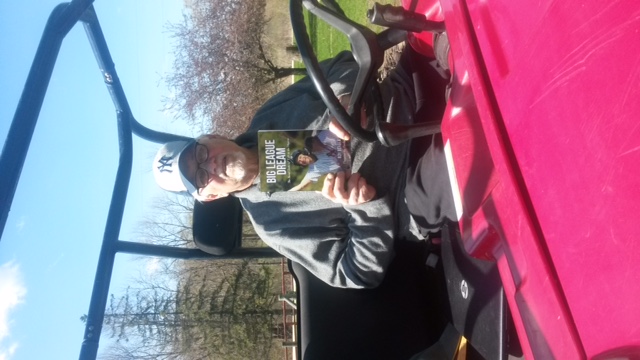 Fritz Peterson was high on praise for the way we described his unique domestic situation.

I’ve know Peterson for five or six years and he spoke very openly and candidly with me about the swap. I don’t want to give the ending away to anyone who doesn’t know before you at least buy the book, but one of the relationships ended very quickly in waivers while the other is headed for the marital hall of fame.

I must have done something right because of the millions of words (and a movie in development) about his bizarre arrangement, after he read what I wrote, Fritz told me: “it’s the best work I’ve ever seen on our situation.” Thank you sir, that’s pretty flattering!

So happy Mother’s Day today to Andi and the millions of moms and wives that still encourage us to get out of the dugout and pursue our baseball passion whether we are on the field, in the stands or on the couch. It’s tough to explain to someone who wouldn’t understand, but baseball will always hold a special place in our hearts.

And remember Father’s Day is a month away followed by two months of great summer reading time. I have a really good gift idea for that nostalgic baseball fan in your life.

In fact, buy a couple. Make me as happy as I look on the cover of the book I’m not writing!