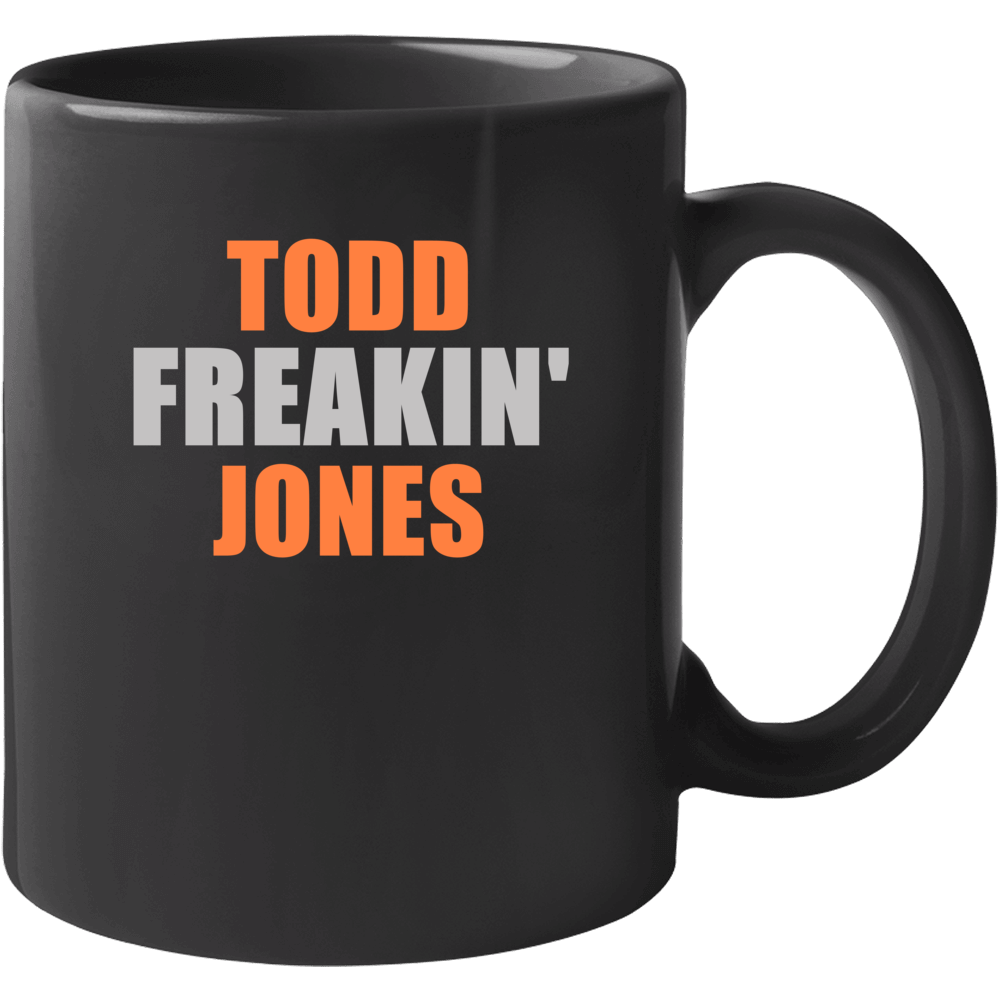 This is a story about how the saver got saved.

About the baseball relief pitcher who had to go to the bullpen for help.

The right-hander who made a career by getting out of jams. He was always there when others needed him. He was the closer. However, on this day he couldn’t get the job done by himself.

Way back in January, 2019 when the world was how we remembered it, Todd and Michelle Jones were planning a thirtieth wedding anniversary trip to Italy later that fall. In doing some preliminary research for the voyage, they heard about a medical assistance membership program called Medjet.

Before this tale goes any further, I’ll come clean. Yes, I was President/CEO of Medjet for two decades, 1998-2018. Yes, I presently sit on its board of directors. And yes, Medjet just became the sponsor of Sunday Morning Coffee— don’t blame me for their good taste. But why let all that ruin a good story?

Jones, now 52, had been a big league baseball player for sixteen seasons, from 1993-2008. Born in Marietta, Georgia, he was the first-round draft choice of Houston in 1989 out of Jacksonville State University in Alabama. Four years later, he was wearing an Astros uniform in The Show. Before his career ended he played for eight teams: Houston, Detroit, Minnesota, Colorado, Boston, Cincinnati, Philadelphia and Florida. He has more uniforms hanging in his closet than there are on the sales rack at Dick’s Sporting Goods. “Yeah,” Jones quipped, “but mine have sweat on them.” 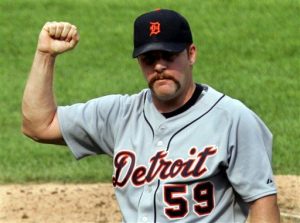 Jones is the all-time Tigers save leader.

He was a finesse pitcher and a damn good one. Not overpowering but a fastball in the low nineties that could sink or cut and kept major league hitters off balance. When he retired at the end of the 2008 season, he chalked up 319 career saves, ranking twenty-first all-time in that category, only twenty notches behind some chap named Mariano Rivera. Batter after batter would walk back to the dugout muttering “Todd ‘Freakin’ Jones.”

Jones’ best days were as a Detroit Tiger. In 2000 he converted forty-two of forty-six save attempts becoming the American League saves leader and made his only All-Star Game appearance. In 2006 he pitched for the Tigers in the World Series. Overall, he spent eight years, half his career, with the Tigers and his 235 saves in Detroit flannels is an all-time best for the Tigers, who don’t get many save opportunities these days.

However, we digress. Rather than wait for their journey to Italy, the Joneses decided to become Medjet members eight months before their trip. 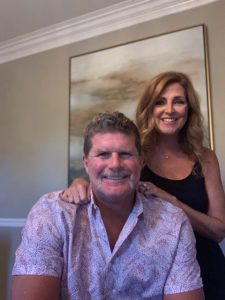 “We travel four or five times a year, mostly to beaches around the Southeast and we figured why not buy Medjet now?” Jones, who lives in Pell City, Alabama, outside Birmingham, said. “I really didn’t know if it would work or we would ever need it, but we bought it anyway.”

You already know the end of the story and we aren’t even halfway through. The Joneses were vacationing in South Florida, in a Miami Beach hotel on June 16, 2019, and after a typical seasonal rain shower Todd was outside walking up the stairs to the pool level and slipped. He felt his left bilateral quad immediately rupture and as he tried to break his fall, seconds later his right one popped. Now the pitcher, who carried teams on his shoulders, couldn’t stand-up on his own.

“I really don’t know how I popped both of them,” Jones laughed, “but somehow I did. Throughout my career I always had my health and my durability and at that moment I felt totally helpless. When I was playing ball, I never thought I was over matched. There wasn’t a jam I didn’t think I couldn’t pitch my way out of. This time I wasn’t so sure I was getting back up.” The hotel called 911 and Todd was whisked off with red and blue lights to nearby Mt. Sinai Medical Center.

So, here’s where the Medjet membership they bought, but hoped they would never need, gets into the ballgame. The Medjet program is designed to transport its members from hospital to hospital. Sick or injured and hospitalized, and requiring continued in-patient care, Medjet moves its members to the hospital of their choice. That’s the members’ choice, not the company’s. The transportation, ground and air, is included in the membership. Because it’s a membership program and not insurance, there are no claim forms, deductibles or red tape. Medjet takes care of all the logistics and the cost of the medical transport. Memberships begin as low as $99.

Surgery was imminent but it also caused a dilemma for Jones. The procedure was complicated and he wasn’t getting up and walking away in a day or two, no matter how restless or fidgety he became. “If I had the surgery done in Miami it meant I would have to stay there and rehab for three or four weeks. Both Michelle and I wanted to get back to Birmingham and have it done at home.”

While a ballplayer, Jones had been a patient of a nationally known orthopedic surgeon, Dr. James Andrews. Dr. Andrews was also based in Birmingham and Jones wanted the Andrews’ team to take care of his procedure and rehab.

Michelle called Medjet. After a quick due diligence and consultation, Medjet told Michelle they would have a plane and a medical crew to Miami the next morning. Jones, who won fifty-eight games with his 319 saves, striking out 868 batters and a career ERA of 3.97, chuckled, “In the ambulance on the way to the hospital, the paramedics were bragging about how good the surgeons were at Mt. Sinai. When we got to the hospital and told the surgical team we decided we would rather go back to Birmingham for the surgery, they looked at us with incredible disbelief, like yeah, sure, but how do you plan to get there?”

Early the next morning, as Medjet promised, the air ambulance arrived with a crew who came to the hospital, put Jones on a stretcher, brought him back to the airport and ultimately delivered him to Birmingham’s St. Vincent’s Hospital for the operation. 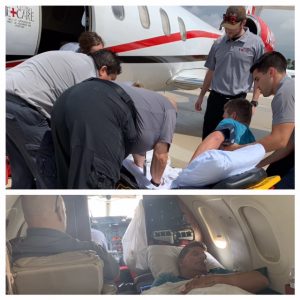 “I got to tell you,” Jones bragged. “The transport experience was a thousand times better than I thought it would be. We didn’t have to defend or prove ourselves to Medjet. All we had to do was hand the phone to the ER staff at Mt. Sinai and then wait to be taken home. Michelle traveled on the jet with me.”

He laughed, “If I were to be critical about anything it was they didn’t serve champagne on the flight.”

Birmingham, Alabama is also Medjet’s headquarters. Its membership program is both domestic and international. It goes wherever in the world its members travel as long as they are over 150 miles from home. Miami to Birmingham; Detroit to Des Moines; Düsseldorf to Denver; London to Los Angeles or Negril to New York, traveling on business or for holiday, it doesn’t matter. Just meet the in-patient to in-patient criteria and let the process work. But you have to be a member before you depart for your trip.

These days Jones is back in Pell City, fully recovered. “I’m as good as I’m going to be,” he said. A deeply religious person, he’s enrolled in the Southern Baptist Theological Seminary and also does volunteer coaching with the local high school baseball team.

So, Todd Jones, considering some would say I’m biased to a company that I was lucky enough to help build and is now a Sunday Morning Coffee sponsor, I will channel my inner Jeff Sessions and recuse myself. Why don’t you tell me in your own words about Medjet?

“I was in the big leagues a long time and I got catered to with all sorts of travel experiences. We never really had to do much for ourselves,” he remembered. “For me, the Medjet experience was just as easy as anything I experienced while playing ball. It couldn’t have gone any smoother.

“When I first heard about Medjet,” the American League Relief Man of the Year in 2000 added, “I figured it was one of those things with all sorts of complications like you could only use it on a Tuesday if you were wearing an orange shirt, brown socks and green shoes. Boy, was I ever wrong. You never want to use it but if you do, it’s priceless. I’ll tell you this, we’ve only been Medjet members for a little over a year but we’ll never again be without it.”

As he did for sixteen years in a big league uniform, Todd Jones the closer, once again has the final word.