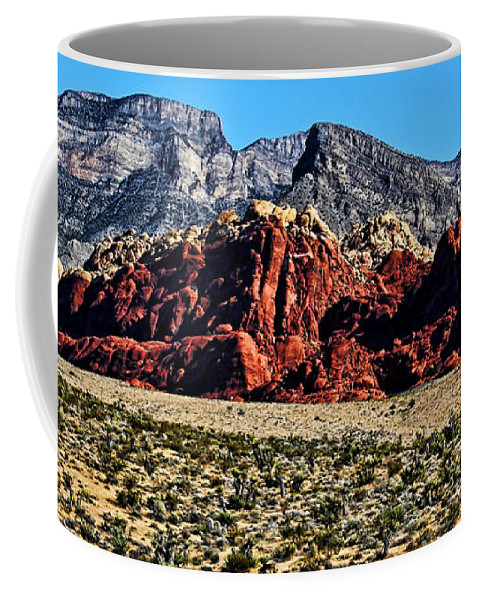 It was three years ago last week that we loaded up the truck and headed to Beverly.

Okay, it wasn’t really a truck, just Andi’s Jeep. And unlike the Clampetts, we didn’t make it all the way to Beverly Hills; instead, stopping 285 miles short once we hit the Las Vegas city limits.

And in route we didn’t discover bubbling crude or black gold or even Texas tea except for the unsweetened iced ones we had outside El Paso. Rather, we took a modest retirement portfolio and got ready to begin the twilight chapter of our lives.

Retirement probably hit our radar six or seven years ago. We knew Birmingham, Alabama, was a great place to raise a family and to earn a living but when I ultimately left Medjet (medjet.com) we would move on. As far back as 2013 I set a target date of 2018, which meant twenty years at the helm of a company I was fortunate enough to be a part of; but, after two decades, it was time to step aside. Medjet had a wonderful staff, a great CEO successor warming in the bullpen and a very viable business model. I never had a worry about leaving.

In 2015 Andi and I began our search for our next destination. Both our sons live in Los Angeles so there was no doubt we were going to follow Horace Greeley’s advice. The question was where?

We eliminated LA — too crowded, too gritty, too funky and too expensive for our tastes. Phoenix gave us about five minutes of conversation, but the size and congestion eliminated even taking a look-see. I flirted with Albuquerque but KO’d it for the same reason most people do —  it’s too hard to spell. We looked at houses in the Palm Springs area but the more we researched, the more one dimensional the area became; you had to really love golf or tennis and once the sun went down, the evening options were extremely limited. Or so it seemed to us.

I’ve had a love-hate relationship with Las Vegas for about forty years. A fun place to visit in my younger years of the 1970s and 80s, became a multi-annual business destination throughout the 90s and for fifteen years afterward. Vegas got crowded and expensive. The hotels tried to figure every which-way they could to squeeze an extra ten bucks out of your wallet. The fun stopped and it turned into another business trip like Chicago, Atlanta, DC and a handful of other places on my itineraries save for heading to the hotel lobby at four in the morning and finding a spirited dice game.

When Las Vegas became a potential retirement alternative for us, I realized in all those years visiting I had never really been off the Strip. So our initial planning had us look at everything that wasn’t on Las Vegas Boulevard or, heaven forbid, downtown Freemont Street.

And boy were we surprised. Two major communities, by and large for everyone who lives, works and retires here, make up metro-Vegas: Henderson to the south and Summerlin to the northwest. Henderson was fine but the mountains and beauty of Summerlin really captured us. We set our range finder on the Howard Hughes Corporation master planned community of 125,000.

And somewhere during the fact-finding stage we became enamored. Our criteria was pretty simple: a country club community home, on the golf course with a mountain view. And for Andi, a pool please, too. Bob DePrez became our realtor and if we didn’t kill him, nothing will. Three or four trips a year for a couple of years, rejecting just about everything Bob showed us, finally produced what we wanted. And not a day of regret since. In fact, we actually bought the house a year before we retired and rented the property before gutting the 20-year old dated interior for our arrival, three years ago yesterday. 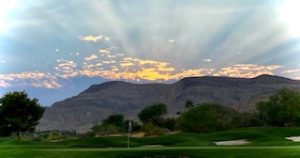 All the pieces fell nicely into place. Everything we could possibly want is now within ten miles of our front door and if we want nothing, we can have that behind closed doors. The Las Vegas you visit is nothing like the Las Vegas where you live. Dining, entertainment, big time sports, outdoor activities, parks and playgrounds are ample. So is the ability to double down. Vegas with the Raiders and Golden Knights is now a major league town. Summerlin is incredibly clean, spacious and still relatively traffic free. The stunning Red Rock Canyon is virtually in our backyard— Ibis, Deuce and I are there for our hike every Sunday morning. We are eight miles from the Strip, which if you live here, might as well be a hundred. You don’t know it’s there unless you want it. People get the impression of Las Vegas as the Strip but it’s no different than living in metro New York where Times Square becomes the focal point for visitors or New Orleans and the French Quarter. While the summer out here gets a little toasty and the winter a little too frosty, day in and day out, especially this time of year, it’s a tough place to beat.

About a year after we got here, sitting at dinner one night, one of the other folks we were with asked Andi how she liked living here? “I couldn’t imagine living anywhere else,” was her quick retort. Whoa! I almost choked on my Ketel martini, up, extra cold with a twist. And she’s said it many times since. I thought it, she voiced it. Among the dozens and dozens of people we’ve met in our demographic, not one has ever said it was a mistake relocating in southern Nevada.

It’s funny how fate sometimes takes you where you were headed all along. I had three opportunities during my career to come here. As a journalism graduate out of Miami, we had a cousin in Vegas who was well connected with the publisher of the major daily, but for some reason I opted not to chase it. At the time it must have been too far from my East Coast roots. In 1984 I had a colleague whom I knew from the gaming industry who had just taken a PR job at a major Lake Tahoe resort and asked me to go with him as his assistant. Instead, I decided to stay in the pari-mutuel racing business and take an opportunity that was presented in Iowa. Year later, this gentlemen went on to become president of one of Caesars’ divisions. I don’t second guess it because it was in Iowa that Andi and I teamed up. 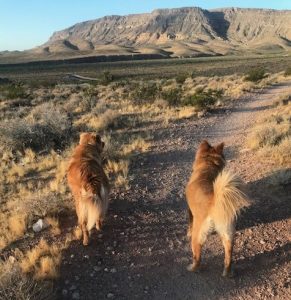 And the third time would have been in 1990 when I was circumstantially out of work for a few months and could have headed West to what was still an emerging gem in the desert. Instead, I continued to pursue my career in racing which was quickly becoming like Betamax to the home entertainment industry. Here today, gone in a jiffy. Every now and again I play the ‘what-if?’ game with myself but not for long. Things happen and happened for a reason. Staying in the racing business indirectly led me to Medjet, which turned out to be a career that saw us bring comfort to thousands and thousands of distressed travelers and families over the last two decades.

Eventually Las Vegas became our ‘forever’ home. That officially happens when you buy cemetery plots. Then, there’s really no turning back. Plus we found a great location. Not far from the airport, when family comes into town, they can stop by and make an obligatory visit before coloring their Keno cards. While we couldn’t get a Strip or mountain view, we are on the airport arrivals approach corridor, which makes for good eternal viewing. And in our row we have that all-important aisle spot in case we ever need to get up and move around. It’s all good.

Leaving Las Vegas? For us, not anytime soon.