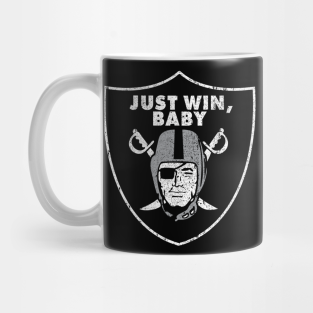 It looks like a gigantic flying saucer that landed on a vacant patch at the south end of Las Vegas Boulevard. Yes, there are still a few remaining parcels on the boulevard that don’t have a buffet or a keno lounge.

It’s black with a white roof and white highlights. Maybe they’re silver. That would be more apropos anyway.

It’s scheduled for take-off on Monday night. It carries 65,000 passengers but will launch empty. That wasn’t the plan. 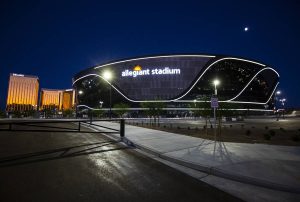 Death Star is ready to launch with the Delano and Mandalay Bay hotels nearby.

Rest of the country: meet Death Star. It’s officially called Allegiant Stadium, after the Las Vegas based discount airline that virtually no one east of Albuquerque has ever heard of until now. But isn’t that the point of sponsorship?

It cost a cool two billion to build and will be the full-time home of the Oakland-Los Angeles-Oakland again and now Las Vegas Raiders. If the Mountain West Conference ever plays football again, the UNLV Rebels will also call it home.
There will be Super Bowls, Final Fours, NCAA football championship games, Garth Brooks’ concerts and no doubt Wrestlemania and truck pulls, too.

On the map it’s just south and a smidge west of the Mandalay Bay and Delano resorts. For those who haven’t been out here since the Carter administration, that’s where the Hacienda Hotel, home of the Ink Spots, Redd Foxx and two buck blackjack, used to be. Come on back, you won’t recognize the place.

Vegas got lucky, proving there is luck to be had out here after all. The city of Oakland balked and stalled on any commitment to build the Raiders a new stadium. Instead, Da Raiders were the only NFL team still sharing a field with a baseball franchise. During the Oakland A’s baseball season the dirt infield was maintained even for football games. NFL players were routinely tackled between second and third base. When it rained, that portion of the field was a mud pile. Kickers had to move the rosin bag off the mound for field goal tries. It wasn’t practical. It also was embarrassing for the league and the Raiders.

Owner Mark Davis, yes Al’s kid, was approached by a Vegas city official about a move. Some were skeptical he might try to use the city as a negotiating ploy to get Oakland’s attention. Vegas officials though got the feeling he was serious. Oakland still refused to budge.

Making a long story even longer, the state of Nevada began a study in 2015 on the feasibility of building and maintaining an NFL caliber stadium in Las Vegas. In 2016 then-Governor Brian Sandoval signed legislation committing the state to providing $750 million toward the project in the form of a hotel room tax, which meant everyone else was going to pay for it except Nevadans. Very Trumpian, don’t you think? In 2017 the NFL approved the Raiders move to Las Vegas for the 2020 season. Ground was broken for the stadium in November 2017. Incredibly, COVID be damned, the stadium was completed right on schedule, July 31, 2020.

The Raiders kicked in about $1.2 billion of which $550 million came from the public in the form of Personal Seat Licenses. The PSLs were originally budgeted to be $250 million in revenue but demand soared through the roof of the domed stadium. Over 55,000 PSLs were sold for anywhere between $500 to $75,000. And that’s only for the right to buy tickets; individual game tickets cost between $65 and $450 per game. There is a waiting list. PSL buyers agreed to a thirty-year commitment to buy their seats. For a guy my age, that doesn’t work out actuarially. Sixty percent of the PSLs were purchased by Nevada residents with a good portion of the balance between Northern and Southern Californians. Thirteen percent of former Raiders season tickets holders in Oakland bought Vegas PSLs. The famous “Black Hole” of end zone diehards is expected to travel on weekends and maintain an intimidating presence.

Las Vegas knew that to be accepted as a well-rounded and internationally respected city they needed more than the gaming capital of the world tag. Some say you become a big league city when the NFL comes to town. How that happened in Jacksonville is still anyone’s guess. But with the NFL now in Southern Nevada, along with an over-the-top popular NHL franchise and with the NBA sure to come next, Vegas has achieved an incredible measure of respectably in a very short time.

With apologies to the tempo of New Orleans and the football history of Green Bay, Raiders home games, once fans return, will become the top visiting team attraction in the sport as have Golden Knights hockey games among NHL devotees. 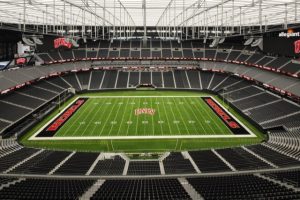 For UNLV football, a downtrodden program that has garnered little-to-no-interest since Randall Cunningham left, the stadium figures to be a blessing. Having UNLV part of the plan, in the name of ultimately benefitting public education, no doubt made it more appealing for legislators to redirect tax dollars to the project. New head coach Marcus Arroyo has already recruited the best incoming class in the school’s history and locals, who care about Rebel football and/or can’t afford a Raiders’ ticket, can now watch in a world class facility instead of having to trek all the way to the old Sam Boyd Stadium, which was closer to Montana than the Strip.

The Raiders have work to do but appear to be winning over the town. By and large NFL franchises, with apologies to the Colts, Rams, Browns and Titans, don’t relocate. At least not as often as the Raiders. They’ve moved three times in their sixty-year history. Signing a thirty-year lease with the Las Vegas Stadium Authority and taking United Van Lines off speed dial is a good start.

Team president Marc Badain, instrumental in securing the move to Vegas, has a template of community success in place with the magnificent job the Golden Knights have done embracing the community over their three-year history. Knights players are all over town, giving and caring. The Knights had a significant head start; they were born here. The Raiders have to shed any image of carpetbaggers and prove they want to be here. 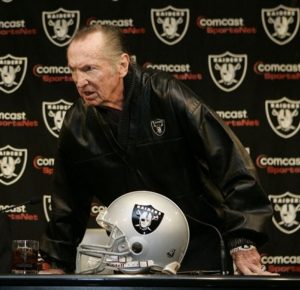 Mark Davis, 65, seems to genuinely care about the city. His late dad, Al, who passed in 2011, hit the NFL trifecta by being the Raiders head coach, GM and owner, was a swashbuckler dressed in black. His “Just Win, Baby” set the standard for the organization. The elder Davis said he’d rather be feared than respected. He was a rebel with a cause. In contrast, his kid with his ever-present white jacket and pseudo George Harrison haircut, leaves football decisions to general manager, Mike Mayock, and extremely popular head coach, Jon Gruden. Davis and Badain take care of the business side. They want to be respected and win. 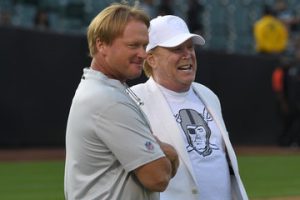 Davis is also very approachable. At just about every Golden Knights home game he could be found seated right on the glass behind the goal the Knights defend twice. Sometimes he’s with Gruden, sometimes with a Raiders legend from the glory days. Between periods he never runs away, instead stays at his seat to glad hand the long line of fans who want to say hello and take a selfie.

Even though Allegiant Stadium won’t be open to the public Monday night when the Saints come to town for what would have been one of the most anticipated and revelrous weekends ever on the Strip calendar, Davis won’t be there either. He has no interest in a partial crowd. Davis said if everybody who paid big dollars for PSLs can’t be in their seats for the first season, neither will he. It’s all or nothing for him. A huge step in endearing himself to the locals.

Vegas can be a cruel and heartless place as casino-goers know. Move away from the Strip and it’s warm and welcoming. We know firsthand. So do all the Golden Knights who live here year-round, some of whom left free agent dollars on the table to continue to play and reside in the desert. The Raiders are about to find out what a special place this is. Raiders tight end Darren Waller told the Las Vegas Review-Journal, “Meeting random people, they were so nice and welcoming. You can live here and make a nice home. I could see myself here for a long time.”

Las Vegas is ready to love its football team. Last Sunday’s Raiders season opening win over Carolina and then two knights later Vegas hockey’s disappointing elimination from the NHL playoffs, now moves all the local attention to football. Fingers crossed; the Raiders are ready to love their new home as much as the town wants them here.

Or as Al Davis would have undoubtedly said, “It’s a Win-Win, Baby!”