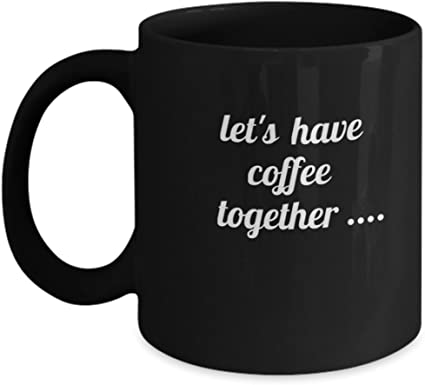 We haven’t scrambled in a while so let’s give it a go:

Talk about some bad college football investments last weekend. Texas A&M paid Appalachian State $1.5 million to come to College Station to play a game. Notre Dame paid Marshall $1.25 mil to visit South Bend and Nebraska figured $1.4 million would be enough incentive for Georgia Southern to come to Lincoln to take a whooping. All of those heavily favored home teams got beat. The visitors not only won on the scoreboard but adding insult, they cashed the checks. For Nebraska it was a really costly weekend as the next day they fired their head coach Scott Frost but not before paying him a $16 million buy-out, which made the $1.4 paid to Georgia Southern mere pocket change.

And one more college sports note: N-I-L, the Name, Image, Likeness program that allows schools to pay their student-athletes through third parties, will ultimately be the ruination of competitive collegiate football and basketball.

Has there ever been a longer heir apparent than Prince Charles? He’s being throwing in the bullpen for over 70 years before finally getting the call to the mound.

Speaking of which, polling is a tough game, even Royal polling. When Queen Elizabeth died, she ‘only’ had a 75% approval rating. My goodness, the lady was 96, what do the other 25% expect?

Jews make up 2% of the United States population but 60% of the faith based hate crime targets.

Labs and I spent time with a real Giant in Botswana.

A couple of Africa trip (https://royberger.com/sunday-morning-coffee-september-11-2022-theres-a-damn-elephant-on-our-porch/) postscripts: When a 6’7” man of steel shows up at a safari camp, heads turn. And he was a legitimate Giant. My traveling mate Labs and I got to spend an enjoyable 30 minutes with former Cowboys, Giants and Ravens defensive lineman Chris Canty, who was honeymooning with his wife Melanie at one of our camps in Botswana. These days Canty, who won a Super Bowl with the Giants in 2011, is an ESPN radio and television personality based out of his native New York City. Changing the subject but still in Africa, despite the knock U.S. airlines regularly receive in the media, our connections to and from Vegas-Newark-Johannesburg were perfect. In fact, most legs arrived early. Our trip home took 32 hours with no delays. Flying charter from our remote safari camp to Maun, Botswana, took 30 minutes, then a two and a half hour layover. It was an hour and a half from Maun to J’Burg on commercial African carrier Air Link followed by a four hour layover. J’Burg to Newark on United was 15 hours with three more on the ground awaiting our Vegas connection. Then United from Newark to Las Vegas was a relatively short five hours. Total travel day of 32 hours. And it only felt like 32 hours. Three days recovery to get our legs back under us and minds clear. Absolutely worth it all.

I just can’t imagine, when we were kids, what it would have been like having cell phones in school.

Saw comedian Sebastian Maniscalco Friday night at the Wynn. He was in town filming a Netflix special. Quality material and an even better delivery. Good stuff.

Very much enjoyed The Captain, the Derek Jeter story on ESPN. Seven parts, that probably could have been one or two shorter, but great to finally hear candor from a guy who not only played the game with grace and class but in relative silence outside of the clubhouse. The series is something even an objective Red Sox fan, if there is such a thing, would enjoy.

Hard to believe but Nolan Ryan pitched seven no-hitters, 12 one-hitters and 18 two-hitters, won 324 games, was an eight time All-Star, a World Champion, struck out 5,714 opponents and eleven times led baseball in strikeouts in a season. Even more remarkable, he never won a Cy Young Award.

Taking nothing away from Shohei Ohtani who is having a fantastic and unprecedented season pitching and hitting for the Los Angeles Angels.  He has 13 pitching wins, hit 34 home runs, 89 RBI and is batting .266. Certainly he is worthy of some MVP talk. However, despite Ohtani’s heroics the Angels are 31 games out of first place something they could have accomplished without him. Aaron Judge with 57 home runs, 123 RBI and a batting average of .312 has propelled the Yankees to the top of the American League East, a place they wouldn’t be without him. Judge is hands down the most valuable in the game.

My season-long baseball bets have been decided with two weeks to go on the schedule. I hit three out of four, for a .750 clip, which is Cooperstown numbers. I win with the Mets over 88.5 wins and the Nationals under 71.5 wins. The Yankees needing over 91.5 wins and are five wins away, but making things tougher than they should be. The Pirates, needing 10 wins over their last 16 games, won’t get to 65 wins. However, if Clemente and Stargell return for the last two weeks of the season I have a chance. But I’m thinking that’s not going to happen putting that one in the loss column. Overall it’s three out of four, which isn’t  too shabby for me.

Right back at it for football. In the NFL I’m worried I got sucked in by trends with my two big plays: the local popular Raiders (0-1) over 8.5 wins and the HBO Hard Knocks Detroit Lions (0-1) over 6.5. My two secondary plays are Arizona (0-1), recommended by season wagering total guru Herbie Shainker, at under 8.5; I thought this might be the year the Jets (0-1) are quasi-respectable and I played them over six.  With their starting quarterback gone for a month, the bet has turned into a real reach. A big match-up today is the Cardinals at the Raiders. If Vegas wins it will be worth two for me; an Arizona win is a double loss.

My college football choices are alma mater driven. Son Scott went to UNLV (2-1), and I have them over four. They look good in the early going. I’m probably fooled again by my alma mater, playing the U (2-1) over 8.5 wins.  I’m not sure they have the glue to hold together when things get tough. However, I’m really glad my son Jason went to Kansas. Their win total was 2.5, I took the over. Saturday when KU beat Houston 48-30 they completed a natural hat trick, winning their first three games. That takes me to the cashiers window about as early in the season as can be. Rock Chalk Jayhawk.

Not sure if you watched any of the WNBA playoff games, which can end today with a Las Vegas Aces championship, but these gals can shoot. However, in the quest for big-time recognition they are not playing an apples to apples game with the NBA. The WNBA ball is one inch shorter in circumference than the regulation NBA ball. You can easily see the difference. These ladies are good enough to step up and play with conventional ball dimensions.

Coming off a great U.S. Tennis Open, if you still want more, make sure to watch the John McEnroe documentary, cleverly named ‘McEnroe’, streaming on Showtime. 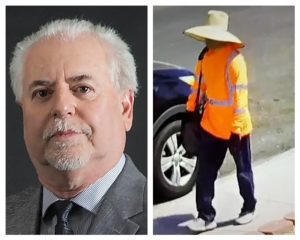 Slain journalist Jeff German and his alleged assailant Robert Telles who, despite the disguise, forgot one very important thing.

The journalism profession worldwide was shaken by what happened here in Las Vegas the week before last. On September 2 Jeff German was stabbed to death outside his home. German, 69, was a forty year veteran of the Vegas media industry and by far the best and most respected investigative journalist in town. He started his career with the Las Vegas Sun and then became the lead investigative reporter for the daily Las Vegas Review-Journal where he’d been since 2010. During his career he covered the full gamut of Vegas, everything from organized crime in the legalized gaming and hotel industries to corruption in federal, state and local government and the October 1, 2017, mass murders during a concert on the Strip. His last two major scoops were exposing spending discrepancies at the highly regarded Las Vegas Visitors and Convention Authority, which led to an executive staff shake-up. He also detailed reports of bullying and harassment in the Clark County Office of the Public Administrator, which consequently cost him his life. German was highly critical of Robert Telles, the county public administrator who, among many employee complaints of turmoil and internal dissension, was also photographed holding meetings with a female staffer in the back seat of her car. German’s reporting no doubt led to Telles’ defeat to retain his position in the June primary. The assailant was seen on video cameras around German’s home heavily disguised under a wide-brim straw hat, wearing orange work clothes, gloves and carrying a satchel. What he forgot to do was disguise or change his vehicle. Those same cameras got a clear picture of the suspect leaving the scene in his personal car. Two days later Telles, 45, was arrested and charged with murder. This town, especially the legitimate electronic and print media, is still reeling.

I got a chuckle out of the news story that reported a federal judge in Florida dismissed a lawsuit filed by Donald Trump that blamed Hillary Clinton and others for conspiring to malign his character. Like he needs any help.

Talk about getting a bender started too early: last Sunday when the Dodgers beat the Padres, the info the Dodgers were given by Major League Baseball brass was that they clinched a post-season spot. So they celebrated and put on those goofy ‘we made the playoff hats’ and did what baseball players have been doing for a century. Then MLB realized they made a mistake and LA still needed one more win. Oops. Off came the hats and the half empty champagne bottles went back on ice. No issue. The next night the not-so-hung-over Dodgers beat Arizona 6-0 and celebrated for real.

And finally, what ever happened to Joey Heatherton?