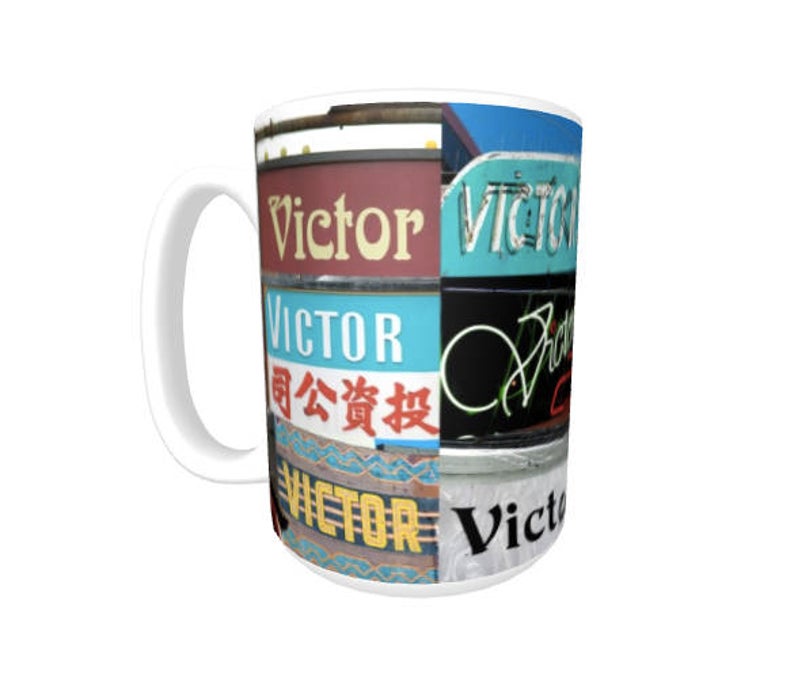 Play it close to the vest. Don’t tip your hand. Be an equal opportunity basher. Have a rack of blue and red neckties. Don’t use this space to try and shape opinions or infuse yours, other than what’s obvious.

It must be working. Over the past couple of weeks I’ve had a handful of people accuse me of being everything from an ultra-conservative Republican to a liberal Democrat. “What exactly are you?” someone asked on the tee box the other morning.

Well, it’s time. A month before what might be the most important decision in our lifetime, save of course for whether to hit a thirteen with the dealer showing a six, it’s time to pull back the voting booth curtain and reveal who or what I am. 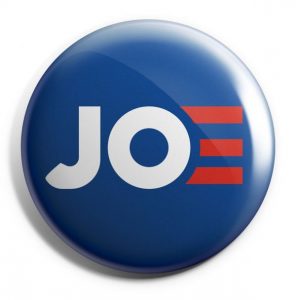 So, to my fellow Democrats: To the victor go the spoils and four years ago we flat out blew it. We were coasting. Even though we didn’t have a great or warm and fuzzy candidate, we still had the 2016 election wrapped up. Our poor candidate was still better than their disaster. Instead of campaigning in Michigan, Pennsylvania, Wisconsin and especially Florida, we took a knee. All the clock had to do was run out, or so we thought. We laughed when Trump sent out those damn dinner coupons. And now we want to complain that we were duped by Mitch and his Senate mob who will shortly confirm a Supreme Court nominee? We can’t. We should be in the White House right now calling the shots but to the victor go the spoils and that wasn’t us. We now have thirty days to get this right. Maybe we could have done better than Joe but he’s our boy so let’s drive him across the goal line. Wasn’t that great when he called Trump a “clown” the other night during the debate? Twice. Bettors loved it, raising our odds from the 6-5 favorite to 8-5 right afterwards. And excuse me for being cynical but He’s made us that way, hasn’t He? Do you really think His Covid-19 diagnosis is on the up and up or is Trump pulling a reverse hoax? With this guy who knows? What I do know is he’ll get more media attention this way, some of it even sympathetic. And if he is sick, ironic isn’t it with the callous disregard he has shown the virus. Now is our chance to stop him. We need to beat him on November 3. If we don’t, he’s already making plans for a third term.

And while we’re at it, let’s not forget my fellow Republicans: Yep, we won, they’re bitter and we should enjoy every spoil we can muster. While the other side was celebrating their Hillary victory weeks ahead of Election Day, we were out working. Every blue collar vote we could find we romanced, telling them whatever they wanted to hear. It was another stroke of Trump genius to paper all the Florida condos with the ‘Buy One, Get One Free’ dinner coupons to Mar-a-Lago. Who cared if they were only good on Tuesdays between 3:15-3:25 pm in the coffee shop? We would handle that after we were sworn in, which would become a template for much of the stuff we would get away with during the next four years. Just deal with it later. 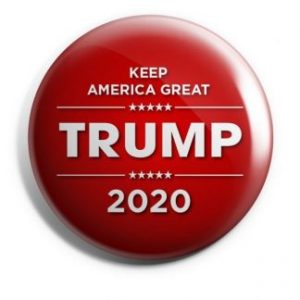 Weren’t we doing great during the debate on Tuesday night? We had the old codger rattled and on the ropes before Chris Wallace, Mike’s kid, jumped in and bailed Slow Joe out of the jam turning the night into a two-on-one fiasco. Yes, we won anyway. Many, many people have said that. And we will win this election. Our president will emerge from the China-Virus stronger than ever. Being hospitalized won’t stop our guy. He’ll keep campaigning, sending his message from the hospital. As a country we will be better when he’s healthy and back on the stump. And one of our many spoils of forty-seven months of excellence by our leader will be the confirmation of Amy Coney Barrett to SCOTUS. Remember the words of Ruth Bader Ginsburg who, when asked in 2016 if a Supreme Court vacancy should be filled during an election year said, “There is nothing in the Constitution that says the president stops being the president in his last year.” We are just trying to honor her memory.

So there you have it. I’ve come out. Tom Teates, Ed Wollock, Roy Abrams, Craig Caplan, Jim ‘Switzy’ Nettles and Herbie Shainker, I hope this clears up any questions you may have about where I stand.

A month from today will be November 4, the day after Election Day, and nothing will be decided. We may have a good idea what might happen, but the vote-by-mail process will delay any final results for days, weeks or maybe months. It’s akin to knowing who won the Super Bowl but the NFL delays the Lombardi Trophy presentation to review every play to make sure the officials got it right. 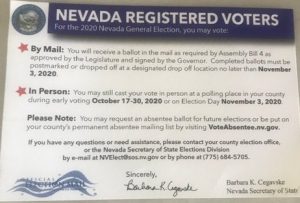 Nevada is a vote-by-mail state and I’ll agree with the president on this one: it’s a bad idea. Does that make me a Republican? Mail-in voting probably won’t lead to massive voter fraud but will produce needless temptation and confusion. I’ll have my ballot next week. Whether you request it or not, every registered voter in Nevada will receive one, assuming correct names and addresses are on file. If not, who knows where they will go or who will get them? Over 1.6 million ballots will land in mailboxes around the state. We then have a hat trick of choices. We can mail it in anytime as long as it’s postmarked on or before Election Day. Or we can vote in person during our early voting period from October 17-30. Or we can wait until Election Day and ultimately decide whether to vote at the polling place or drop it in the mail.

If we decide to go to the polls, we’ll be asked if we voted by mail already. A ‘yes’ response and we will be turned away. If we say no, but already did, then the Elections Division will need to find and discard any mailed ballots after cross checking voter records. Or any day the polls are open, we can go in and vote, swear we haven’t voted by mail (yet) and then on the way home drop the ballot in the mailbox. This is just asking for trouble. Nevada only has six electoral votes, which probably won’t decide the election, but considering we are right now a toss-up state, who knows?

Seems to me if you can go out and do grocery shopping, get a haircut, play golf, fill the car with gas, gamble in a casino, go to dinner, get your nails done, yada, yada and one more yada, you can make it to a polling site during any of the fifteen days they’re open. If you can’t, then request to vote absentee. A disaster is looming and voting by mail is a co-conspirator. 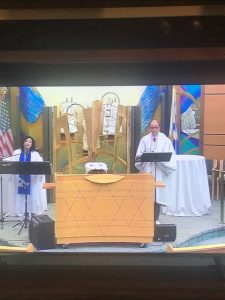 Watching virtually wasn’t the same as being in the synagogue for the holidays.

And finally, chalk up a small win for Covid during the recent Jewish High Holy Days. The virus was the victor but we got some of the spoils anyway, just not all. Virtual religious services don’t have the panache of being present in a synagogue. I’m more of a cultural Jew than a religious one; I go to Friday night Shabbat services maybe ten times a year, but I haven’t missed a Rosh Hashana or Yom Kippur in synagogue since 1990. I enjoy the ambiance, the spirit, the pre-service buzz of the yentas and the rejuvenation that being at temple offers.

This year, Covid knocked us out. So we participated virtually and it just didn’t cut it. Sure, the services were nice but just not the same. Our rabbi, Malcolm Cohen, is warm and engaging but television doesn’t really do him justice; in fact, he looked uncomfortable at times not being able to look at his congregation sitting in front of him. Our cantorial soloist, Heather Klein, has an engaging voice but it didn’t resonate as well as usual with an empty sanctuary. The days were enjoyable, but I didn’t leave any of the four services fulfilled as I normally would have.

Advantages? Of course there were some. I didn’t have to bowl over wheelchairs and walkers to lay claim to my favorite aisle seat. When Andi needed to wake me from dozing, she could shout “wake-up!” rather than using her not-too-gentle elbow to the ribs. If during the Yom Kippur fast I wanted to walk to the fridge to check what was for dinner, I could. Bathroom visits didn’t have to be timed with the rabbi’s sermon. And as Yom Kippur ended we didn’t have to risk body and head bruises with a hundred other starving Jews all rushing the break-the-fast buffet table at the same time for the lox and kugel.

But the best Covid spoil of all was parking, which is incredibly near and dear to me. Damn, that spot in our garage was sweet.

For a moment, I enjoyed feeling like the victor.