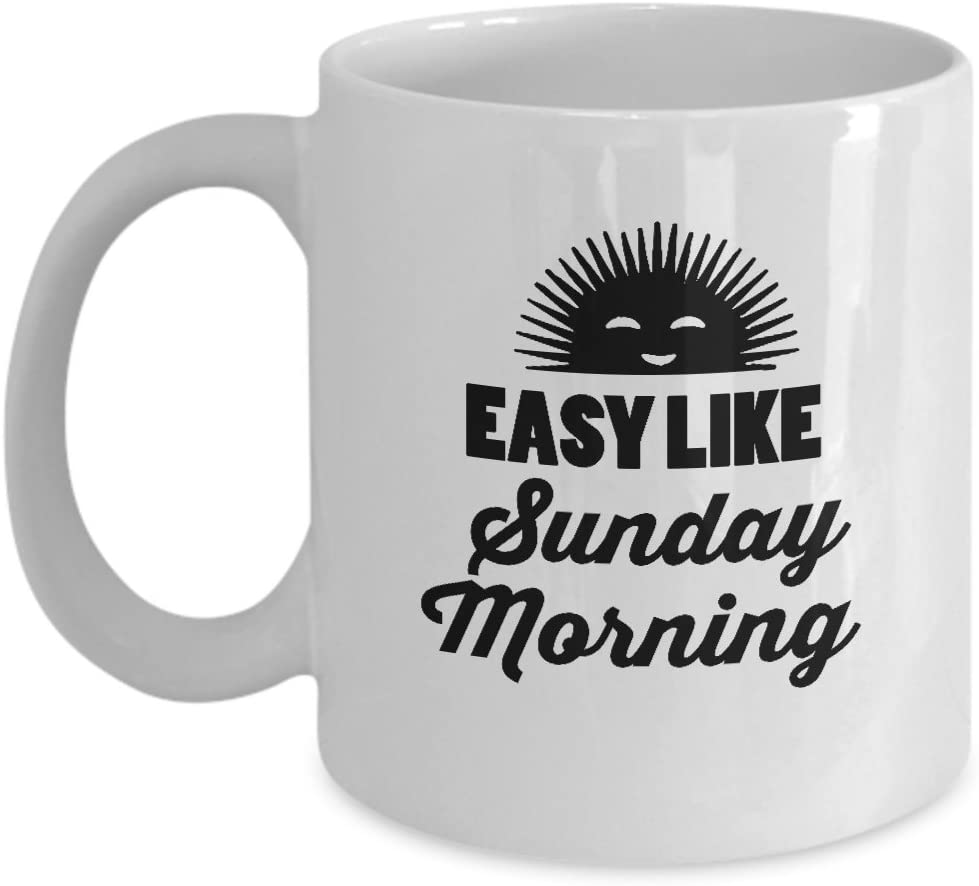 Jon Gruden has always been a favorite of mine.  Now that he’s the head coach of our hometown football team, the Raiders, even more so.  But Gruden has gotten himself into a pickle that he might have a hard time wiggling out of.  In a moment of 2011 stupidity, and memorialized in an email, Gruden referred to NFL players union boss DeMaurice Smith as “Dumboriss Smith (who) has lips the size of michellin tires.” I don’t hold it against Gruden that he can’t spell Michelin, but do hold it against him for incredible bad judgement.  Smith is Black.  Gruden can deny he didn’t mean anything by it, but his words are his words and there is little doubt they are degrading and racist. Yes, it’s ten years ago, uncovered this week, but there will be consequences yet to fall. It’ll be interesting to see how both the NFL and Raiders owner Mark Davis react.  Even more interesting will be to see if Gruden can keep his team and locker room intact.  Over 75% of the Raiders are Black.  This is a long way from being over.

If you’re not an Ali fan, or even a boxing fan, but you have some television time, I strongly recommend Ken Burns’ four part docuseries, Muhammad Ali, just released and now streaming on PBS. It’s eight hours and is, like everything Burns does, terrific. The work is not just a story about the self-proclaimed ‘greatest’, but a lesson in civil rights, American politics and Vietnam opposition. I’m an Ali guy; been one since February 25, 1964, when I was huddled in my Long Island bedroom, door shut because my dad couldn’t stand Cassius Clay. I listened to Les Keiter on ABC radio call the biggest upset of my still young life as the pompous kid from Louisville stopped the unstoppable, mob controlled badass, Sonny Liston. Burns left nothing out of the Clay/Ali story: from Ali’s brashness to his worldwide appeal; to his use of poetry to hide fear; to his uncompromising ego that caused him to box well beyond his time and ultimately pay for it with his health. Ali needed to fight, he needed the attention, but most of all he needed the money as he became a financial Christmas tree for his most trusted advisor, Herbert Muhammad and his scam promoter Don King. The eight-hours not only brought back great memories from Ali’s life and career, but from my own too, recalling where I was and what I was doing during some of the landmark moments of the series. Great watching that you’ll not only enjoy but probably learn something from, too.

If you watch the Ali series and grew up in New York as an avid sports fan in the late 1950s and early-to-mid-1960s, keep a keen eye on the last couple of minutes of Part Two. There’s an editing mistake that only the most avid of Rangers and Knicks fans would notice. That’s your hint. Send me a note and let me know if you catch it.

Starbucks turned 50 this month. What began as a coffee stand in Seattle’s Pike Place Market, while the rest of us were drinking Maxwell House, Chok full o’ Nuts and maybe even splurging for Folgers every now and again, has expanded to over 33,000 stores at the end of 2021. More than half of them are outside the United States. Dunkin Donuts, with 10,000 locations, is a distant second. Come to think of it, Chok full o’ Nuts was a stupid name for the coffee our parents drank way back then. Shouldn’t it have been Chok full o’Beans?

If you didn’t see CBS’s 60 Minutes piece last Sunday on Tony Bennett and his battle with Alzheimer’s, find it. It’s absolutely amazing.

Baseball’s regular season ended last Sunday and congratulations to SMC reader and travel blogger Joe Brancatelli and all the Cleveland Indians fans. The Tribe beat Texas 6-0 on closing day, and with the win insured the Indians will never lose another game. In April, the Indian becomes a Guardian.

And before we wrap up baseball’s regular season, if anyone ever tells you that a game in April with cold weather and snow flurries falling, is meaningless, please ask them to contact me. As written about endlessly in this space, I had a hefty season-long wager on Cincinnati to win less than 81.5 games, which meant an 81-81 record would have been a winner. When the Reds were 15 games over .500 in early August, I chalked that one up in the loss column and told Andi to find a job. Then they swooned and for a fleeting minute I thought I might have a chance. However, the Reds won their 82nd game with a week left in the season and my chips were tossed. Then, exasperatingly, the Reds lost five of their last six games to finish with 83 wins. I lose by two games over a 162 game season. If a couple of those April games the Reds won went the other way, I’m at the cashier’s window today. Every game makes a difference. I learned that the hard and expensive way. As tough as that loss was for me, it was brutal for fellow Vegas gambling degenerate Barry Lieberman, who had the Reds under 82.5 wins and had to go down to closing day to get kicked in the bloomers.

Baseball is crazy. It’s like two different sports in one season. There’s the ho-hum tedium of the regular season and then October, where every pitch matters and the sport is heightened, almost beyond recognition, from what happened over the course of the previous six months. To wit, the Tuesday night playoff game between the Yankees and Red Sox was the most watched ESPN baseball game since 1998.

The first weekend of October gave Seattle Mariners fans an oh-so-close thrill. The M’s were still eligible for baseball’s post season until the last day of the season when they were finally eliminated. Now, it’s been 20 years since Seattle baseball has been in the post season, the longest drought in all of North American professional sports. The others? Sacramento has missed the NBA playoffs for 15 straight years and Buffalo the NHL limelight the last decade. What about the NFL? Surely you know it’s the Jets, sent home the last ten in a row, soon to be 11.

Money can’t buy love nor postseason baseball success. The Yankees 2021 payroll was north of $203 million. The Pirates was $54m. Neither team won a playoff game.

And happy 81st birthday to Yankees (and Cubs) legend Joe Pepitone. Even way back when, JoePep played the game like he was 81. 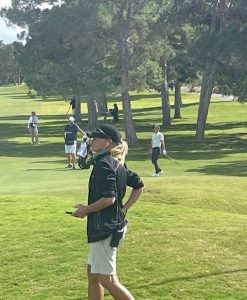 Andi working inside the PGA ropes.

This is just another of those dull weekends on the Vegas sports calendar. Not much going on unless you include the PGA Las Vegas Shriners Open in our community of Summerlin which concludes today. Andi volunteered and worked as an official, a walking scorer. The WNBA had a semifinal elimination playoff game on Friday night in front of a record crowd. The boxing buzz was in town for the Fury-Wilder championship fight last night on the Strip. The Raiders and Bears play today, and the town is flooded with navy blue and burnt orange. And for those who stay around, the NHL regular season kicks off Tuesday night with the last two expansion teams facing off as the Golden Knights host the brand new Seattle Kraken.

Congrats to Joe Asher, the former William Hill gaming chief, who was kind enough to share some of his time and expertise with SMC last month. (https://royberger.com/sunday-morning-coffee-september-12-2021-beating-the-book/) Asher sat on the sidelines just long enough to know he wanted to go back to work. He was named President of Sports Betting by IGT (International Game Technology) last week. Almost at the same time, Joe received word of his induction into the prestigious Sports Betting Hall of Fame. Good stuff for a good guy.

Seemingly unstoppable, Matt Amodio takes a 38-game winning streak into Monday night’s broadcast of Jeopardy! For what it’s worth, I took him under 44.

I resent my wife finding similarities between me and the new Progressive Insurance commercial about stadium parking. I never once said, “Let’s not talk about leaving until we are actually at the game.” My decisions are always made well in advance of getting to the game. She doesn’t need to keep reminding me about the two Raiders games we went to this season, missing the overtime in both. Just a technicality. 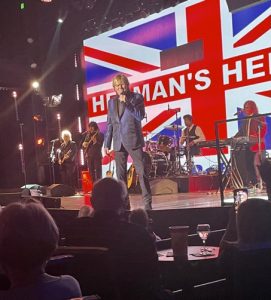 Peter Noone gave us the full arsenal of Herman’s hits.

On a whim we went down to the South Point Hotel last Friday night to see Herman’s Hermits. The Hermits are long gone but Herman, Peter Noone, keeps on ticking. At $55 a pop, 300 of us old timers limped into the showroom watching the 73-year-old Noone run through the battery of hits he and the lads created from way back in the early 60s: I’m Into Something Good; Can’t You Hear My Heartbeat; Mrs. Brown; Silhouettes; Wonderful World; Henry the Eighth; A Must to Avoid; Listen People; Leaning on the Lamp Post; Sea Cruise; The End of the World; Dandy and No Milk Today. The list of feel good stuff was almost endless with a voice still recognizable from when we were teens. An hour and ten minutes after the 7:30 pm show began, there was a kind of hush on the stage. Herman waved goodnight. It was 8:40. Perfect.

Okay riddle solvers, tell me what all these have in common: Cure, RoofClaim.com, Cricket Celebration, Radiance Technologies, Myrtle Beach, Tropical Smoothie Cafe, Union Home Mortgage, Quick Lane, TicketSmarter, SERVPRO First Responder, Guaranteed Rate, Duke’s Mayo, TransPerfect, SRS Distribution, Tony The Tiger, Redbox and Jimmy Kimmel. No doubt you knew these are the names of college football bowl games to be played this season. Yep, that’s right, the Jimmy Kimmel LA Bowl on December 18 at SoFi Stadium. However, no word yet on the date of the Joey Bishop Bowl.

One school that won’t be making any bowl plans in December is UNLV. The Rebels have not won a football game in 671 days and counting. Their last win was the final game of the 2019 season upsetting Nevada-Reno 33-30. Head coach Tony Sanchez was fired following the game. UNLV brought in Marcus Arroyo, supposedly a hot-shot offensive wizard from Oregon where he was offensive coordinator. And Arroyo has indeed been offensive since he got here posting a record of 0-11.

Finally, and I’m not making this up, has there ever been a more fitting name for a business than the Henderson, Nevada, erectile dysfunction clinic called Heads Up?