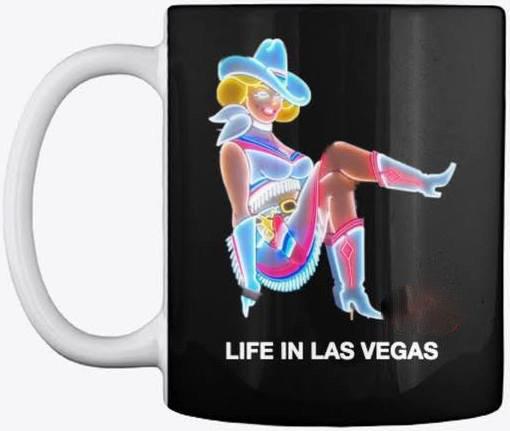 A football game and a football wager. Nothing out of the ordinary. But what’s ordinary anymore?

Nevada, the slowest vote counting state this side of Pennsylvania, needed a shot in the arm. Its tourism industry decimated by the China-flu, Las Vegas hosted two events last week that at least might be a start.

A football game and a football wager. No big deal during any other time of this city’s fabled history. But now it gives hope that maybe things will be back to pre-March levels sooner rather than later.

It wasn’t the first football game played in the stadium. The Raiders have already played two in their new home in front of 65,000 empty seats. It’s not that nobody cared, quite the contrary. People cared too much, and Raiders’ owner Mark Davis said if the crowds were going to be COVID restricted, he’d rather play in front of an empty stadium than alienate any of his 65,000 season ticket holders with limited crowds. In fact, if the fans can’t attend, Davis said neither will he.

UNLV doesn’t have that problem. The downtrodden program figures to get a huge recruiting boost playing their home games in an NFL palace and once their conference, the Mountain West, decided it was going to play football this fall, the Rebels appealed to health and safety government officials to allow them to host at least a partial crowd.

State officials made a decision quicker than it takes them to count presidential ballots. The approval was to allow only 2,000 spectators, 3% of capacity which is far short of the 7,500 season tickets UNLV sold and even shorter of the 65,000 that would have packed the place for the first ever spectator event at Allegiant.

Andi and I were at the last live sporting event played in Vegas before the lights went out.  It was March 11 during the PAC-12 basketball tournament at T-Mobile Arena, about a mile up the Strip from the football stadium. The next day things went dark.

We also were part of the 2,000 opening night guests invited to Allegiant’s coming-out party last weekend. We must be cool. The night was memorable beginning with pulling into the stadium parking lot with the Mandalay Bay hotel shining bright right in front of us and to the north a breath-taking view of the Strip under a Halloween evening full moon. A ‘wow’ moment. 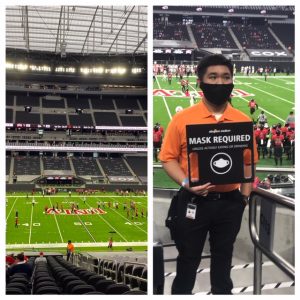 We followed all the rules. We weren’t allowed in the stadium until we passed an online COVID screening the day before which gave us a green ‘enter’ pass on our phones. We were in the Club area with very specific points of entry; each section was limited to 250 people and only the lower bowl was opened; no leaving our section to wander around; a designated rest room; seating in a row with no more than two parties in each row and two empty rows in front of us. My wife cried during the national anthem, hearing it live again. Masks needed to be worn at all times unless eating or drinking. Stadium personnel patrolled to finger violators. And, of course, the now standard piped-in crowd noise which stops bothering you by about the time you head back to your car.

Allegiant Stadium is stunning from the outside, a big black spaceship with silver Raider accents. Inside it’s very nice, not Vegas-over-the-top by any means. Extremely comfortable. Great sight lines from just about every seat. In a lot of ways, my opinion, it’s just like the new Mercedes-Benz Dome in Atlanta except with a Strip view.

The stadium officially marks Las Vegas’ arrival as a major league city. The NHL Vegas Golden Knights and now the Raiders put Vegas on the big-time sports map. Someone once said you’re not a major league city until you have an NFL franchise. Welcome Las Vegas.

Ironic, but for a city that has seen many, many marquee showbiz and sporting events, there never was a football game of consequence played in this part of the desert. There was no facility. UNLV played their home games way out of town in compact Sam Boyd Stadium, aka the Silver Bowl, closer to Utah than campus. But now with the arrival of $2 billion-dollar Allegiant Stadium, Super Bowls, college football conference championships and BCS playoffs should become commonplace in a city made for these events. And with apologies to New Orleans, Phoenix, Atlanta and Miami, there’s no better town for hosting an event than Vegas.

Three days before UNLV-UNR kicked off, the newest casino in Las Vegas, Circa, opened its doors in storied downtown Vegas, which is where the city’s casino industry first started. And now it’s trying to come back from the almost dead. Circa, the dream of casino magnates Derek Stevens and his brother Greg, opened its 35-story, 1.25 million square foot hotel right on Fremont Street, downtown Las Vegas’ attempt to Bourbon Street. 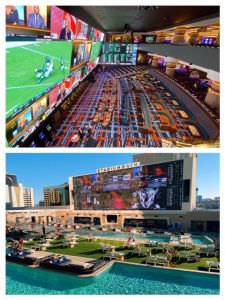 Circa sportsbook and pool. Paradise for a sports bettor.

It’s the first new property, since 1980, to be built in what had become a worn and tired area of town. The Sundance opened during those less than ideal economic times, the Jimmy Carter era, and was purchased by the Stevens brothers in 2006. It’s now the D Hotel, named in homage to their hometown of Detroit. The brothers also own the nearby Golden Gate hotel/casino.

In 2015 the Stevens bought the Las Vegas Club casino. A year later they purchased the next-door Topless Girls of Glitter Gulch strip club and with it the iconic neon landmark, Vegas Vickie. They needed to increase their downtown holdings to develop Circa. 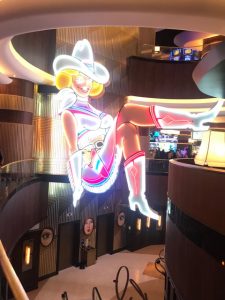 Vegas Vickie is alive and kicking over the Circa hotel check-in lobby.

Construction on the billion dollar facility started in February 2019, a year before COVID crippled the tourism industry. They plowed ahead, literally, and finished the casino portion last week, twenty months later. The 777-room hotel will open for guests on December 28 and you’ll check in right under Vegas Vickie, who’s still kicking.

Circa’s casino is anchored by its sportsbook. It’s three levels with room for over 1,000 watchers and video boards enough to make a degenerate dizzy. Measured in cubic feet it’s the largest book in town. The casino floor also hosts what the Stevens’ are calling “the world’s longest bar.” Andi counted 46 televisions behind the bar.

Take the escalator up one level from the casino floor and welcome to Stadium Swim, home of six-tiered swimming pools and the only sports video/odds board poolside in Vegas. The enormity and the glitz are enough to make even the most seasoned wiseguy forget about the college coeds in bikinis in the cabana next door.  Almost, I said.

Circa opened at midnight on October 28, just hours after the gala pre-opening VIP party; Andi and I were not invited. I’m fairly sure our invitations wound up with the Trump mail-in ballots in a dumpster behind the Tropicana.

Deemed not first night worthy at a casino, only a football stadium, we did visit Circa on its second day. Other than developing a mild case of emphysema from a sub-par ventilation system, we gawked and oohed like all the other sightseers in the joint.

Andi channeled her inner David Copperfield and made $100 disappear in seconds at a blackjack table. So, before leaving I had to make a sports wager to get it back and then some. Circa had UNR a two-touchdown favorite against the hometown Rebels in the game two nights later. They had it wrong and I was more than happy to take their money. Sure, UNLV was coming off an opening game loss and UNR an impressive win, but UNLV had the home field advantage, who cares they never played a game there?  Factor in a raucous 2,000 fans all wearing masks with their cheers muffled. And hometown piped-in crowd support.  UNLV had it all going for them except the Circa betting board said it was UNLV +14. Too good to pass up. Circa was giving money away.