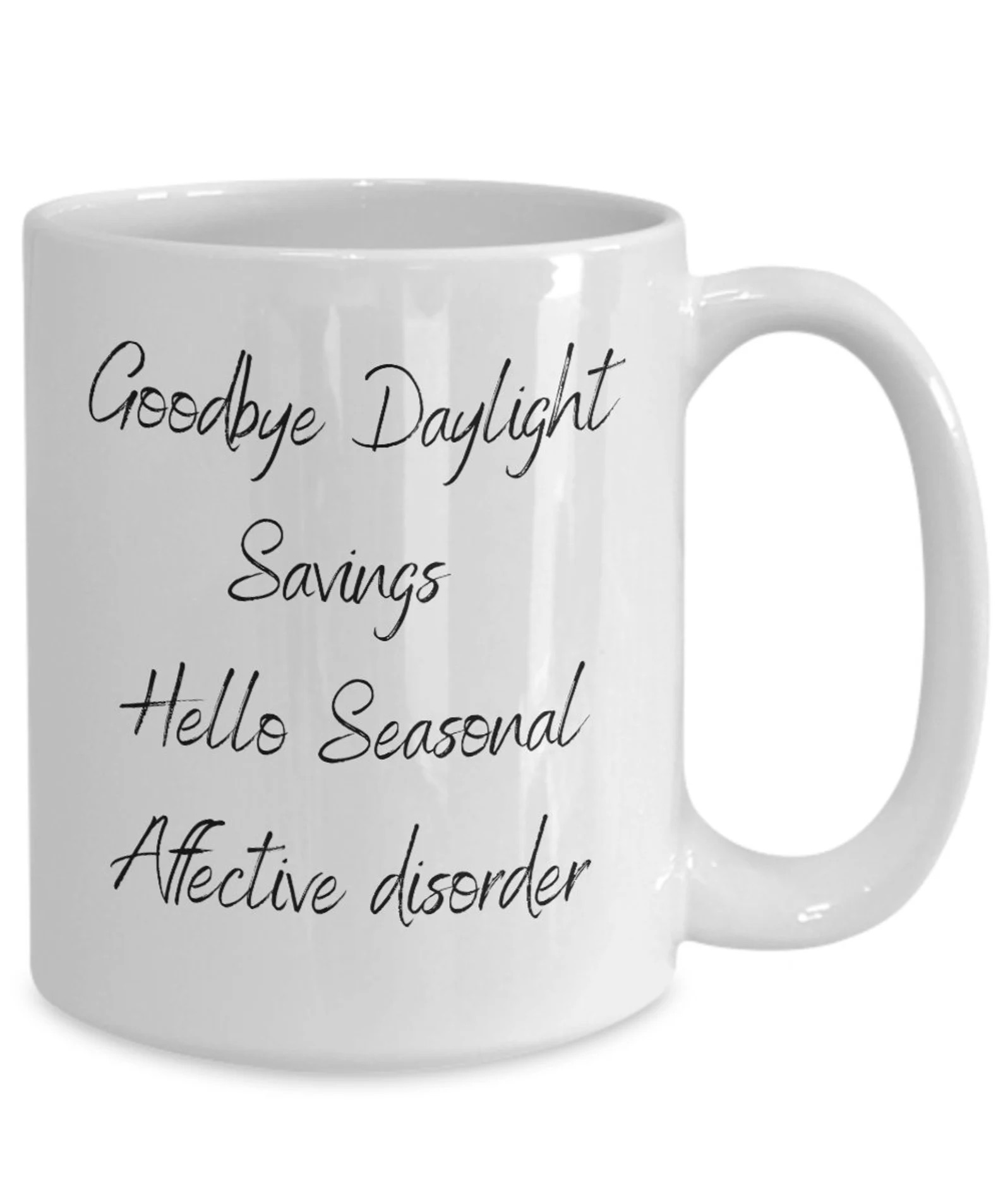 Ramblin, scramblin’ and changin’ our clocks:

Saturday was a good day for Houston furniture dealer Jim McIngvale, Mattress Mack, who won the largest sports wager in history cashing for $75 million.  Mack plunked down $10 million on Astros future bets to hit the big payday to more than cover a furniture promotion in his stores.  He also threw out the first pitch before Saturday night’s Game 6, more priceless exposure.

Saturday was a bad day for the sports tough city of Philadelphia.  For the first time in its illustrious history, two Philly teams lost championships on the same day.  The Phillies dropped Game 6 of the World Series and the Union lost the Major League Soccer Cup to Los Angeles in overtime.  Hold my cheesesteak please.

Is there a more tired retail brand than Subway?

Back in the day I used to love comic Judy Tenuta. I haven’t heard her name in decades until I read she died a few weeks ago at 72.

We’ve said it a thousand times but have no idea where we got the expression. Radio pioneer Art Laboe passed away on October 7 at 97. In the mid-1950s, while at radio station KPOP in LA, he coined the phrase “Oldies but goodies.” 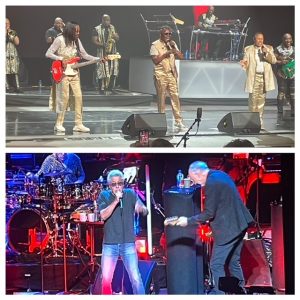 Five originals from groups of the 60s and 70s—not too bad. Above (l-r) is EWF Verdine White, Philip Bailey and Ralph Johnson. The Who’s Roger Daltrey and Pete Townshend can still rock and stay up late. Above Daltry’s right shoulder on the drums is Ringo’s kid, Zak Starkey.

Saw two concerts over the last 10 days, both oldies but goodies. First was Earth, Wind & Fire (EWF), with three front-line originals, at Venetian. Was okay at best; more for Andi than me. Friday night was The Who at Park MGM accompanied by a 31 piece local orchestra. Pete Townshend, 77, and Roger Daltry, 78, may have lost a little  off their career prime fastballs, but it’s still a fun two and a half hours reminiscing even if they kept us awake until eleven.

For the first time since 1950, there were no African American ballplayers on the 2022 World Series roster of either the Astros or Phillies. In fact, only 7% of this season’s opening day rosters were African American. The erosion to other sports is obvious; in 1991, the number was 18%.

I loved FOX having in-game access to World Series dugout interviews with players and coaches.

Give me a late inning perfect game or no-hitter by one pitcher and I’m glued. Give me the same thing by multiple pitchers and I’d rather see EWF.

I don’t care for post-game interviews through an interpreter with players who don’t speak English. The LPGA does it right. Every player on the women’s golf tour must complete courses in basic English to be able to communicate with fans, sponsors and the media.

Speaking of which, have you ever heard of Atthaya Thitikul? Didn’t think so. The 19-year-old Thai is the number one lady golfer in the world.

Ray Guy, the only punter ever to be drafted in the first round of the NFL draft and the only punter to be in the Professional Football Hall of Fame, died Thursday at age 72 in his home state of Mississippi. Guy played for the Raiders from 1973-1987 winning three Super Bowls and his high, booming kicks ushered in the era of the fair catch that is commonplace in today’s game.

Another death knell for the once stout, daily newspaper business: the three largest newspapers in Alabama — in Huntsville, Mobile and Birmingham, announced they will discontinue the print edition and become digital only.

Jackson State is 9-0 this football season. The Mississippi school that plays in the Southwest Athletic Conference is coached by Deion Sanders. His name will be bandied about for major openings this winter, but Jackson State might be one of those spots where he is perfectly cast.

The Los Angeles Lakers are off to a slow start this NBA season compromising secondary market ticket prices. That will change in February as LeBron James moves ever closer to Kareem’s all-time best of 38,387 points scored.

Phil Kessel now owns the National Hockey League ironman streak of consecutive games played with his 990th straight on October 25. It started when he was 22-years-old in 2009 and continued through Saturday night when he appeared in his 995th straight on skates at age 35.  Kessel has worn the uniforms of Toronto, Pittsburgh (two Stanley Cups), Boston, Arizona and now Vegas never taking a sick or injured day off in arguably the most physical of all major sports.

And, on the same note, the NHL has just begun its sixth season in Las Vegas with Golden Knights fans finally learning the intricacies of the sport. For the first time since the team arrived in 2017, when the officials enter the ice, they are heartily booed the way it should be.

If you get a chance to watch The Watcher on Netflix watch it.

Georgia Republicans — Is Herschel Walker really the best you have?

And speaking of which, Senate terms of six years are too long; House terms of two years, too short.

As Nevada goes so will control of the Senate.

Do you remember the good ole’ days when we were not judged nor judged others by the news channel we watch?

How about some birthday wishes: Cousin Brucie Morrow is 87; Dan Rather 91; and happiest of Happy Days to Henry Winkler who’s 77 and Mrs. C, Marion Ross, celebrating her 94th. 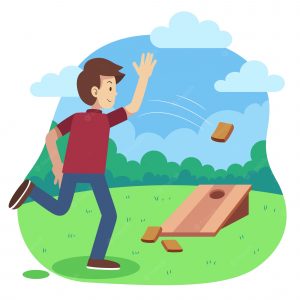 Cheating isn’t confined to just the big money sports. A major scandal happened in the American Cornhole League World Championship in August with $15K on the line. One of the competitors claimed their opponents’ beanbags were too thin. They were — a product of either illegal sandpapering, hammering with rubber mallets, running them over with a vehicle or heaven forbid washing them with fabric softener. One cornball bag complaint begets another, so the offending team lodged a counter complaint alleging their opponent’s bags were also too thin, which they were. Oops. Forever dubbed as BagGate, tournament officials were so perplexed they decided to just let the competition go on illegally. I hate when that happens.

NFL bettors who love to wager on the fan friendly ‘over’ totals are having a rough go this season. ‘Unders’ have cashed 60% of the time

However, if you had under 65.5 points in Saturday’s Houston-SMU game at least you were out of it in the second quarter. SMU won 77-63.

If you are a sports gambler, find time to watch Untold: Operation Flagrant Foul, a documentary on Netflix about former rogue NBA referee Tim Donaghy and the league’s attempt to minimize the scandal.

Finally, and maybe this is just my view, and if you don’t share it that’s okay, but we used to live in the greatest country in the world. Will we ever be that again?