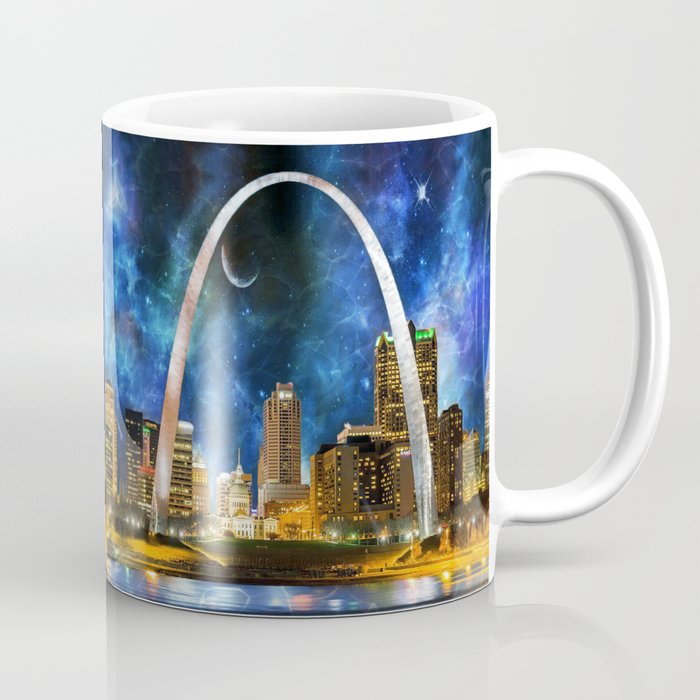 “What happened to Sunday Morning Coffee?”

“Am I not getting Sunday Morning Coffee anymore?”

Apologies. Truth is we’ve gotten involved in some other writing projects, not the least of which includes being asked by the New York Yankees to be a contributor to their George M. Steinbrenner Field blog, which is pretty flattering. Go ahead and follow ‘The GMS Journal’ at GMSField.com and subscribe. It’s free, which means you are still overpaying for anything that has my byline on it.

So, shamed for letting our Sunday Morning Coffee get cold, we return this morning. Thanks to all three of you that reached out and expressed your void. For you, let’s clean out the files and find stuff that has stacked up, like:

I dislike people who preface an argument with ‘not to belabor the point’ when all they are doing is belaboring their point. 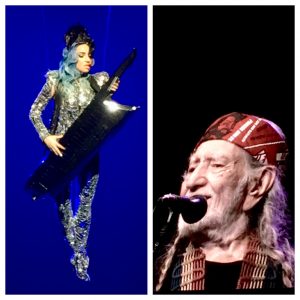 Saw two great May-December concerts a couple of weeks ago— Lady Gaga at ParkMGM, and three days earlier, Willie Nelson at the Venetian. One entered the showroom on a trapeze.  One did not.  Go ahead, take a guess. Willie is 86; Gaga 33. But by no means was Willie the oldest on his stage that night. His sister Bobbie, a spry 88, played the same number of keys on the piano. She killed it.

And speaking of age, Prince Charles just turned 73. Only 73? He looks a heck of a lot older than Willie and Bobbie. Combined.

As long as we are giving age props, Bo Derek hit 63 on Wednesday. Unlike the Prince, she looks marvelous.

Cross Madonna off our must-see list. She finally showed up at 12:30 am for a 8:30 pm concert at Caesars three weeks ago. She did the same thing in Miami the week before. And despite heckling from those that actually stayed, her cocky reaction was to sit atop a piano and preach, “Here’s something that you all need to understand. And that is, a queen is never late.” Pushing back, multiple ticket buyers have filed lawsuits for breach of contract. Hope they’re not too late filing.

As a journalism graduate from back in the day when newspapers were read and made a difference in our daily lives, the plight of the industry is very sad. Now comes word that the Newseum, a Washington DC museum dedicated to the historical best of print journalism, will permanently close on December 31 because of waning interest. I’ve been to it multiple times and was wowed each visit. It’s very sad indeed. If you can get there between now and the end of the year you won’t be disappointed.

How come every time I hit ‘unsubscribe’ to a junk email, I get double the amount of rubbish from the same company?

In light of the college admissions scandal that recently jammed up a lot of well-to-do parents, the Wall Street Journal tells us the other side. The SAT is owned by the College Board, which sells the names of students taking their test to colleges and universities around the country. The ‘participating’ schools then invite the students to apply, making it seem like they are interested in the kids, when all they are really doing is feathering their turn-down rates to make the schools appear to be more selective. In 2002 Vanderbilt admitted 46% of all applicants. A few years ago, the Nashville institution reportedly bought the names and addresses of 100,000 students taking the test from the College Board and invited a good portion of them to apply. In 2017 Vandy’s admission rate was 17%. They are far from the only school with inflated denial rates. Something just isn’t right about this.

Here’s a bet I would have lost. WalletHub, a personal finance website, ranked the three most sinful cities in the U.S. If I was at a racetrack, my trifecta would have been, in order:  Vegas, New Orleans and Miami. Maybe New York would slip in but my money would be on Vegas, N’Orleans and Miami. Nope. WalletHub tells us its Vegas, Los Angeles and St. Louis. St Louis? Rounding out the top five, without a trace of New Orleans, Miami or NY are Houston and Atlanta. Excuse me…but St. Louis?

Getting no political traction at all, Tom Steyer must be the only one enjoying the Tom Steyer commercials.

Could it be the 2020 Democratic presidential nominee isn’t in the race yet?

Baseball playoffs and the World Series are always great. Long, but great. This year an all-time high of 31% of the postseason at-bats resulted in either a home run or base on balls. Homers keep us awake; walks are Tylenol PM.

And how can I mention baseball and not the perfect holiday gift for that old-time baseball fan on your shopping list? Go ahead and grab a copy, or three, of Big League Dream. You can find it at bigleaguedream.com or on Amazon by putting ‘Roy Berger’ into the search bar. We are real proud of the 21 five-star reviews by Amazon readers, even if 18 of them were done by Andi.

I guess if I am looking to peddle books I should get in touch with former Baltimore Mayor Catherine Pugh, who was an expert on selling books. The only downside was she forget to actually deliver them. She’ll have plenty of time in the clink to refine her distribution process.

When I was growing up in the 60s, UCLA was college basketball. They were men. Everyone else only boys. Pauley Pavilion, their home court, was the shrine to the sport. I finally got to the Westwood campus a week ago Friday night to see UCLA-UNLV and was underwhelmed. A building that I expected to reek with history was nothing more than a modernized arena with a smattering of historical showcases on the concourse and eleven national championship banners hanging from the rafters. UCLA pasted UNLV which wasn’t unexpected. Disappointing all around. But I wish I was there last Thursday when Hofstra, our little local Long Island college when we were kids, went into Pauley Pavilion and beat the big, bad Bruins by double digits. John Wooden rolled over.

‘Marijuana’ is so yesterday. ‘Cannabis’ is so today. 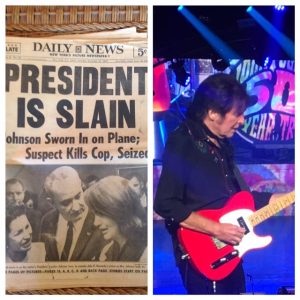 I still have my five-cent copy of the New York Daily News from 56 years ago; John Fogerty played his entire Woodstock set that he did six years after JFK’s assassination.

And whether you were cannabis-infused or not, John Fogerty’s 50 year tribute to Woodstock that we saw 10 days ago at the Wynn was not only phenomenal but a really feel-good, throwback ninety minutes.

Late November always brings back my most vivid childhood memory— 56 years ago Friday, President Kennedy was murdered in Dallas by Lee Harvey Oswald. Sadly that day has become little more than a footnote in history. Two days later and today’s date of November 24, 1963, Oswald was shot and killed by Dallas nightclub owner and pseudo-gangster Jack Ruby. Oswald was only 24 and with his death the mystery of who really authorized the killing of JFK was sealed forever.

Second only to Arbor Day, Thanksgiving is my favorite holiday of the year. Take a few minutes to enjoy your family and be thankful for all this life has given you. I will.

Gotta run. Off to the airport. Anyone want to meet me in sinful St. Louie?