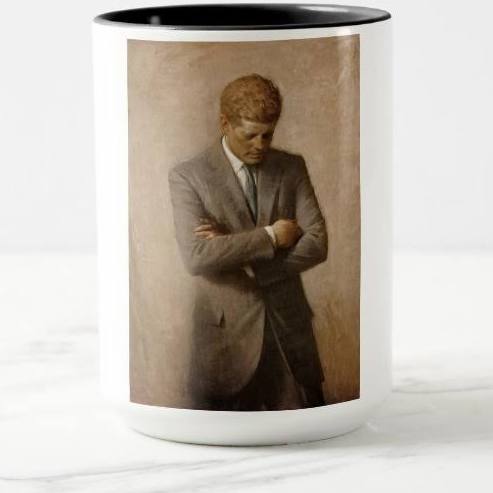 Yeah, I know. If “Ifs and Buts” were candy and nuts every day would be Christmas.

But they’re not. In fact, there’s only one day of Christmas. Which leads me to believe that the Jews are in the confectionary business because there are eight days of Hanukkah. Right?

So, ‘What if’ the events of fifty-eight years ago tomorrow never happened? What if November 22, 1963, was just another glorious non-eventful fall day, six calendar spots in front of Thanksgiving?

What if President John F. Kennedy would have listened to his advisers and skipped the early re-election and fundraising campaign tour to Houston and Dallas? Texas wasn’t a particularly friendly state to the President. Even with popular Lone Star statesman Lyndon Johnson on the ticket, the duo barely carried the state in 1960.

What if JFK never went to Texas, instead accepting the invite from Gettysburg to commemorate the 100th anniversary of President Lincoln’s Address?

What if emotionally disturbed, twice court-martialed former U.S. Marine and Russian sympathizer Lee Harvey Oswald never had a chance to smuggle a rifle and use his sharpshooter skills from the sixth floor of the Texas School Book Depository building in Dallas?

What if Dallas police officer J.D. Tippit wasn’t gunned down outside a downtown movie theater moments later by a fleeing Oswald? What if Officer Tippit had a chance to continue his service to his community?

What if two-bit Dallas nightclub owner and small time con guy Jack Ruby never had the opportunity to shoot and kill Oswald in the basement of a Dallas police precinct two days later as a horrified national television audience watched?

What if JFK’s murder didn’t trigger copycat executions of Malcom X, Martin Luther King Jr. and Bobby Kennedy? What if all of them, including JFK, lived?

What if the 11-year-old kid in the sixth grade at Meadowbrook Elementary School on Long Island, and his classmates, weren’t traumatized by stodgy school principal Albert Tyler’s booming PA announcement at 1:35 pm that “President Kennedy has been shot”, followed 30 minutes later by “President Kennedy is dead?” What if that never reverberated through our young hearts as our teachers openly wept?

What if that same kid’s Friday afternoon bowling league at Bowlerama wasn’t canceled? What if it was just another normal night at home, sitting around the dinner table without Walter Cronkite on the Admiral portable television with rabbit ears wrapped in tin foil? What if Mom, who couldn’t take her attention off of Mr. Cronkite, would have cooked as she did every Friday night. But instead, our dinner was delivered by Chicken Delight? What if Mom didn’t take their slogan, ‘Don’t Cook Tonight, call Chicken Delight’ literally?

What if it was just a normal cold, New York football weekend? What if school wasn’t canceled on Monday for JFK’s televised funeral and national Day of Mourning? What if Thanksgiving the next Thursday was joyous as always and let us make fun of our great-uncles as we did every year instead of having to listen to the grown-ups talk about the events of the past week? 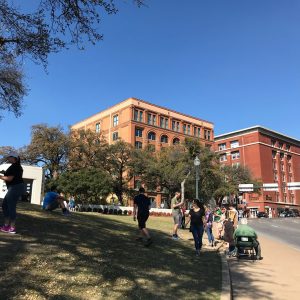 And what if some 52 years after the incident, still impacted by the events of November 22, 1963, that same kid, now 63, hadn’t finally visited Dealey Plaza, the assassination site? Instead of this wide and vast swath of land in the kid’s minds-eye he was disappointed to find it small and compact, resembling a movie set on the Paramount lot. What if Dealey Plaza was just another urban park known to no one outside of Dallas?

And what if the landscape of American politics hadn’t changed the way it did? What if JFK ran for a second term easily beating Republican punching bag Barry Goldwater? What if? And what if VP Lyndon Johnson had decided to run in 1968 for the top spot? Bobby Kennedy, JFK’s kid brother and sitting U.S. Attorney General, was also positioned to challenge for the nomination to succeed his brother. It would have shaped up like an episode of Succession. And just like Succession, it would have gotten ugly. Johnson and Bobby had a longstanding dislike for each other. Vince McMahon Sr. would have salivated. With JFK’s influence could he have brokered an LBJ-RFK pairing? Could they put whatever their differences were aside? Could they run as a formidable ticket or was their disdain for each other too entrenched? The Republicans would have come back with Richard Nixon in ‘68, just like real time. With no Democratic de-escalation plans for Vietnam and civil rights and urban unrest at home, Nixon wins. Supporters proudly wear their ‘They Can’t Lick Our Dick’ campaign buttons. 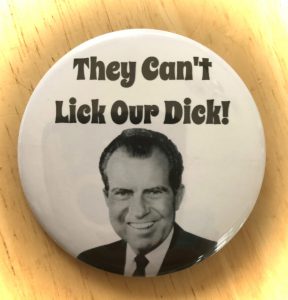 If Nixon would have won, American presidential history would have been virtually unchanged. However, if LBJ or Bobby or the combined ticket would have won in 1968, Nixon would be a two-time loser and gone from politics. Their Dick would have been licked. In that case, who would the Republicans have to challenge the incumbent in 1972? Nixon’s two primary foes that year were Ohio’s John Ashbrook and Pete McCloskey of California. Neither would have been a factor. Which left three Georges. George Romney, Mitts’ dad, the sitting governor of Michigan, would have been the Republican nominee. Alabama’s George Wallace, turned away by his fellow Democrats, would have run as an independent and stole votes from the Dems. The third George, McGovern, who lost to Nixon in ‘72, would have stayed in South Dakota as a senator.

Okay, I know this has gone far enough but it wouldn’t be complete without one more ‘what if?’ Let’s say in 1972 Romney and his VP, Nelson Rockefeller, run against the Kennedy brothers, Bobby and Ted. The Kennedys win as Romney and Rocky, not wanting to soil their perfectly tailored suits, tap out to spend their millions away from politics. That means in 1976 we never would have heard of Plains, Georgia, or a peanut farmer and his nutty brother. It also means Ronald Reagan, this time four years earlier in 1976, comes to the rescue and disposes of the one-term Kennedy boys. Ronnie and Nancy easily win re-election in ‘80 and his veep, another George, this one H.W. Bush, becomes a two-termer in 1984 and ‘88. From there play it forward from Bill Clinton to Saturday’s birthday boy, Uncle Joe.

Yet through it all, no matter how the chips would have fallen since 1963, and putting all covfefe aside, all this really means is one thing would have remained constant.  We still wouldn’t have a Wall.

And now, too quickly, we are again a few days away from Thanksgiving. Next to United Nations Day it’s my favorite holiday. What still irks me at this time every year is that November 22, 1963, has been reduced to a footnote, sometimes not even that much, in daily newspapers. The day that made time stand still for us Boomers, is treated like it never happened.

Which makes me want to ask, ‘What if?’