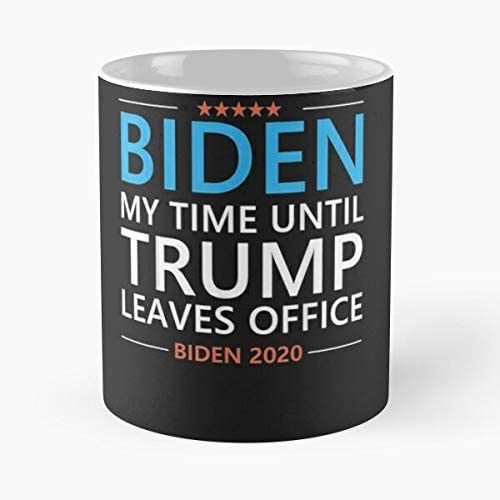 Thank you Mr. Trump for your four years of service but now it’s time to leave. The board of directors of the United States, the electorate, have spoken and decided to make a change. Sure, over 73 million Americans wanted you to stay for another four but that wasn’t enough. By no means was the decision not to renew you unanimous but instead a simple majority and is binding. You may not like it but as you once said, “It is what it is.” You know all about organizational changes, don’t you? Think about how many you’ve made over the years. You have a chance, over the next couple of months, to go gracefully. It’s not too late. We sure hope you do. Be a sportsman. From experience I know that every time one of these executive changes is made, it tends to work out best for both parties. I have no doubt this one will too, with Uncle Joe giving us a calming presence around the fireplace as he leads us forward. Let’s hope Georgia stays true to its red roots and keeps the Senate Republican. Checks and balances, gridlock and compromise can be a good thing. And one more thing, Mr. President. We are holding two seats for you and the Mrs. at Mr. Biden’s inauguration. You don’t have to stay long but please honor the wonderful American tradition of the peaceful transfer of power. Remember that the Obama’s, Clinton’s and Biden’s witnessed your swearing in. You’ll do the right thing and be there, won’t you?

Mr. Trump was the eleventh presidential incumbent not to win re-election. John Adams lost to Jefferson; John Quincy Adams to Jackson; Van Buren to Harrison; Grover Cleveland and Benjamin Harrison beat each other as incumbents; Taft to Wilson; Hoover to FDR; Ford to Carter; Carter to Reagan; Geo H.W. Bush to Clinton and now Trump.

In Vermont, where pot is legal, former president Dwight D. Eisenhower got four write-in votes for president finishing in a tie with Willie Nelson.

Is there anyone any better on election night than CNN’s John King?

A life well lived was Alex Trebek. We’ll miss him every evening at seven. 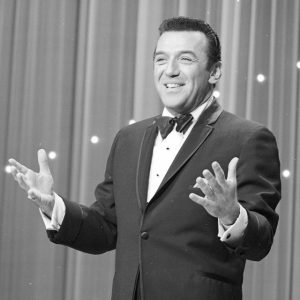 And on the same day Mr. Trebek died, last Sunday, comedian Norm Crosby also passed at the age of 93. The Boston-born Mr. Crosby’s shtick was butchering the English language. When we were kids, he was a regular on The Tonight Show and The Ed Sullivan Show and then about every game show on television. Funny man.

Somewhat hard to believe that in his eight NFL seasons, Seattle quarterback Russell Wilson has never gotten a vote for MVP. Never. Not one. He’s this year’s favorite to not only get a vote but win it.

They won’t be in the Super Bowl; a first-round wildcard playoff exit is more likely, but the Las Vegas Raiders have the highest percentage of scoring per possession so far this NFL season. Under maligned quarterback Derek Carr, the Raiders score at least three points 52.9% of the time their offense touches the ball. Defending champ Kansas City is next at 51.3%.

The Dodgers have almost always been among baseball’s elite. Or maybe it just seemed that way. Not having won the World Series since 1988 was mind-boggling.

Why did everyone make such a big deal out of the play that ended Game 4 of the World Series? You know — the one that had a base hit, a kicked ball, two errors, a runner falling between third and home and the catcher trying to tag a guy without the ball? That stuff happens all the time at baseball fantasy camps, not only every day, but on almost every play.

Here’s an incredible baseball high and low. Game 6 of the 2020 World Series, the deciding game between the Dodgers and Rays, saw 65 players come to bat and 27 of them strike out, a nine inning World Series record. In 1960, Game 7 of the World Series between the Yankees and Pirates had 76 players get an at-bat with no strikeouts, the only time that ever happened in a World Series game. 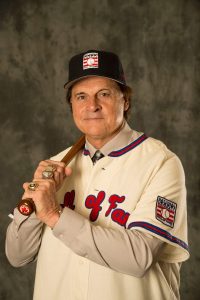 A couple of weeks ago the Chicago White Sox announced they were going old-school and hired 76-year-old Tony La Russa to be their new field manager. La Russa knows the game as well as anyone. He managed for thirty-two years, won three World Series, was Manager of the Year four times and elected to the Hall of Fame in 2014. Though he hasn’t been in the dugout for eleven years, he’s still two years younger than our president-elect and maybe this would mark a return to the good old days of yesterday, when baseball bosses managed on instinct and not analytics. I liked the move and gave it a thumbs-up. One day prior to his hiring, October 28, charges were filed against La Russa in Phoenix for two counts of driving under the influence. Allegedly, he lost control of his SUV last February 24, collided with a curb, blew a tire and was left smoldering on the roadside. When police approached  he declined to provide a sample of his blood, breath or urine; instead, identifying himself as a “Baseball Hall of Fame person” and flashing his HOF ring. The officers, unimpressed, must have been Arizona Diamondbacks fans and hauled him in despite his credentials. The problem for me, but obviously not the White Sox, is this is the second DUI La Russa has been charged with, the first one in 2007 in Jupiter, FL. This isn’t some 20-year-old kid who has 20-year-old kids’ judgment. This is a leader of athletes, revered in society. For now, the White Sox are sticking by the hire. I’m not. Move to a thumbs-down.

Not sure how Golf Digest figured out the ideal course length for a golfer to play but it appears the formula is how long you hit your five-iron multiplied by thirty-six. For me that means 6,300 yards, fairly accurate.

And before we put our five-iron back in the bag, Masters Sunday is my favorite Sunday of the year. In April, not November. 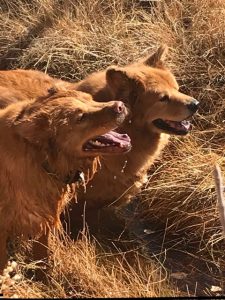 October was a big birthday month in our house. Ibis turned twelve and Deuce four. Both guys are enjoying the cooler fall weather after not-necessarily-dog-friendly triple digits all summer. Now that they are old enough, I would love them to tell me why they get so riled up when they see other dogs but pay no attention to their own image in a mirror.

Imagine the initial excitement of student-athletes playing college basketball for Texas, Davidson, Indiana, Providence, North Carolina, UNLV, Stanford and Alabama when they found out they were chosen to play in the Maui Invitational over Thanksgiving. Imagine their reaction when they found out a few weeks ago that because of COVID the tournament was being moved to Asheville, North Carolina. Thirty-five-degree luau and chilled poi, anyone?

Two Netflix shows worth a watch: Bad Blood, a two-season mob story about moving drugs through Canada. And a quick watch is the newly released The Queen’s Gambit. Seven episodes in its first season. Good stuff. It’s even better if you’re a chess master.

Word on Twitter is sometime prior to January 20, President Trump is planning to host a White House reception for the Miami Heat, Dallas Stars and Tampa Bay Rays so they can celebrate their second-place finishes together. Come on, that’s funny.

How’s this for paranoia? The sideline football coaches wearing masks who still cover their face when talking into their headsets.

I love football fans who complain their team didn’t make the proper ‘adjustments’ at halftime. Do you think any of them would know an ‘adjustment’ if they saw one?

That tremendous sigh of relief you heard last Monday night was from Jets fans when former Jets kicker Nick Folk banged home a last second field goal lifting New England to a 30-27 win, keeping the Jets winless and still on track for the number one pick in the draft. That’s nine losses down, only seven to go. The Jets have a 63% chance of claiming the first pick in April’s draft; Jacksonville, 25%.

And that shuffling of paper you heard was Clemson quarterback Trevor Lawrence, pretty much the consensus first pick, flipping through the 2021 Clemson class catalogue, looking at his options to stay in school.

The Steelers have the best record in the NFL at 8-0, the woeful Jets the worst. However, where the money hits the counter, covering the point spread, the Steelers are ‘only’ 6-2 tied for the top spot with the Dolphins, Bengals and Packers. The Jets aren’t the worst against the spread, they’re 2-7. The Cowboys at 1-8 and Texans at 1-7 bring up the rear.

If you are traveling this year over the holidays it’s probably wise to check out the new COVID protection Medjet offers for its members in the continental U.S., Mexico, Canada, Caribbean and Costa Rico. Go to medjet.com. A few dollars provides you invaluable peace of mind. Remember, you have to be a Medjet member prior to leaving home.

Am I the only one who doesn’t know what TikTok is?

Just announced that The Weeknd (no typo) will be the halftime entertainment at the Super Bowl. Huh? Who?

Jeffrey Toobin. Really? Under the table on a Zoom call. Come on, man.

Vegas entertainment is stirring again. Stage and comedy shows are returning with limited and socially distanced audiences. Not perfect but a start. 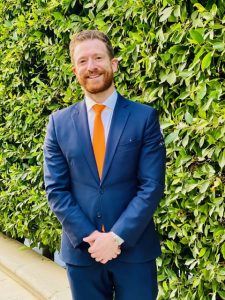 And we’ll finish our coffee this morning by taking a minute to brag about our son Scott who, for the last 15 years, has been a management staple at the swanky Peninsula Hotel in Beverly Hills. It’s the only job he’s had since graduating the hotel management school at UNLV in 2005. Effective tomorrow, Scott becomes the general manager of L’Ermitage, a five-star luxury hotel, also in Beverly Hills. Proud of that kid.