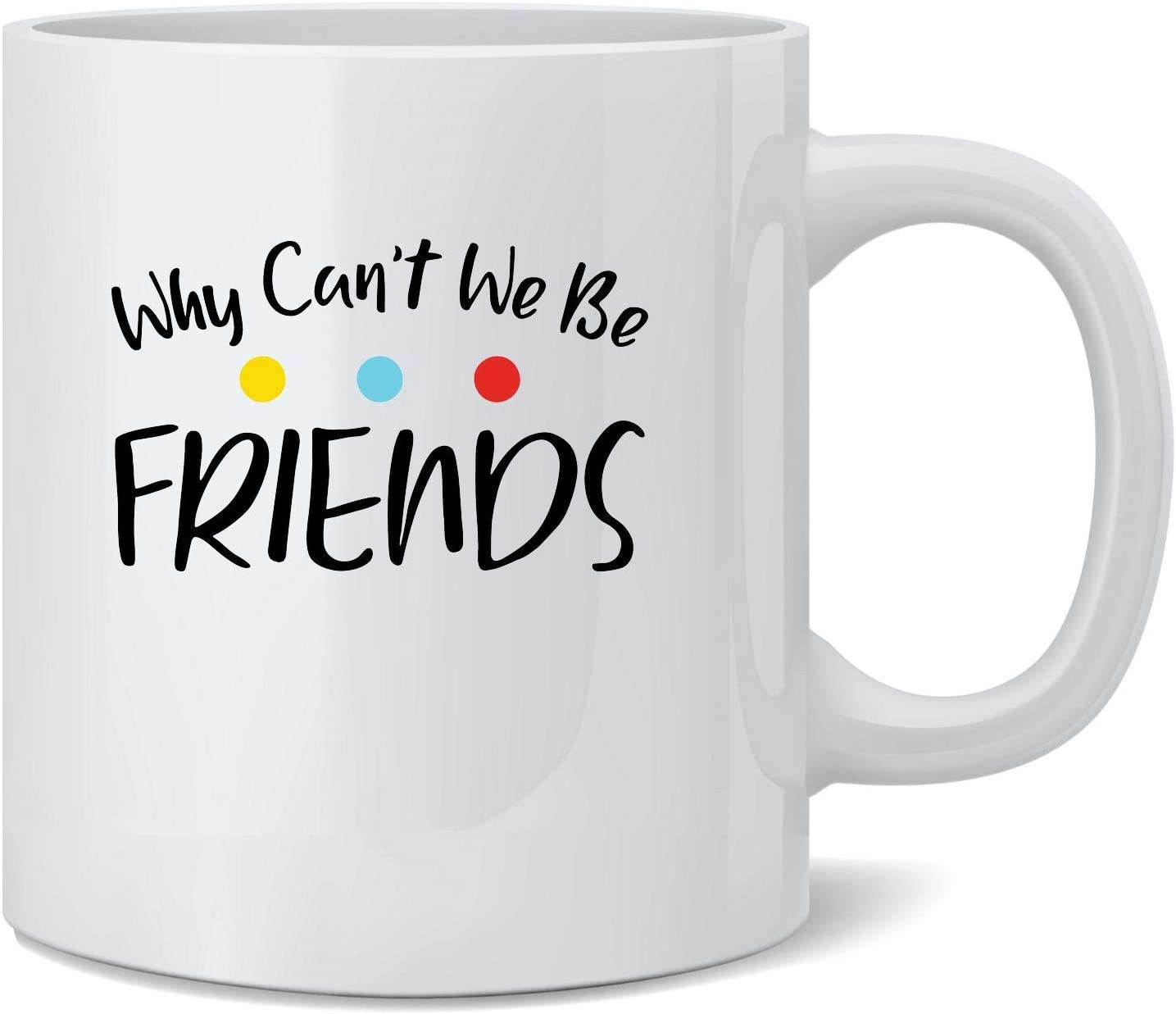 So, you had a bad weekend betting football. You’re down to your last C-note and need a live underdog to get you out of the hole. There are two potential big money choices still on the board. Do you like the New York Jets or former New York jet setter Donald Trump?

Both are big ‘dogs. The Jets are a 20-point underdog to the Chiefs today. Those lopsided point spreads are normally reserved for college mismatches, not the NFL. But the Jets, 0-7, are bad. Football Percentage Index (FPI) gives the Jets a six percent chance to win outright. No idea why that number is anything above zero. Trump is a 2-1 betting underdog to Biden at the offshore sports books. ElectionBettingOdds.com indicates his chances of a victory are 35%. There are no odds on who wins a Jets-Trump match up.

On Saturday the Wall Street Journal opined that the only thing that could keep Donald Trump from winning a second term is Donald Trump. I believe he will accomplish this.

Both the Jets and Trump will lose. Don’t tell me I’m anti-Jets or anti-Trump. In fact, I’ve been a Jets fan since they were the New York Titans in the early 1960s. For some reason, unbeknownst to me, I still am. However, with every loss and every bonehead move they pull, I’m open to Las Vegas Raiders recruiters. It’s also not a negative Trump outlook. I rooted for his New Jersey Generals in the bygone USFL. However, his stubbornness caused the league to fold instead of taking a buyout deal that was on the table from the NFL.

As testament to the above prognostications, I offer you my most recent wagering resume. I’ve bet on six football games this year and lost five. I bet on two Stanley Cup playoff series and lost both of them. I’ve wagered on three baseball postseason games and you guessed it, lost all of them. I didn’t gamble on any NBA playoff games because unlike football, baseball and hockey, what the hell do I know about basketball?

Nobody ever confused the handicapping prowess of Jimmy the Greek with Roy the Jew.

I’m also the guy who laid $1000 to win $100 on Hillary in 2016. The only consolation was the winner had to donate his winnings to charity. My colleague designated The Museum of the Bible in D.C., which is now a grand richer and I got a few pennies in tax deductions. This year I bet my landscaper double or nothing on two months of service, in essence laying $600 on Biden to win $300, right at the 2-1 number.

The Jets will lose today not only because everyone beats them; they are playing the defending Super Bowl champions who happen to be incredibly good, something the Jets aren’t. Trump loses not necessarily because Biden is the better candidate but because this country’s electorate, by and large, has had their fill of him. Four years ago, anti-Hillary votes went to Trump, a political unknown. This year anti-Trump sentiment will feed Biden. Have we really reached the point if we are anti one candidate we vote for the other even if their policies and values differ from ours? I think that’s where we have gone.

The Jets can afford to lose. In fact, true Jets fans hope they do. The consolation prize is first pick in the NFL draft which means Clemson quarterback Trevor Lawrence. Or it did. Now that the reality of becoming a Jet has hit Lawrence, he is considering staying in school for another year to avoid the Jets and the draft. The kid knows putting on a Jets’ uniform will undoubtedly turn him into another Ken O’Brien or Browning Nagle. The Jets can do that to a QB.

The President believes he should get another four years because his first three were a smashing economic success. It’s akin to giving the Atlanta Falcons the Super Bowl LI trophy because they led the New England Patriots 28-3 midway through the third quarter back in 2017.  Atlanta eased up, tried on their championship shirts and hats, opened the bubbly, never scored again and proceeded to lose 34-28. Same goes for the President. His fourth-year kibosh was COVID and he had no defense to stop its punishing ground game. Football is four complete quarters. A presidential term is four complete years. No getting around it.

Trump can’t afford to lose. Today he has the protection of the world’s largest bully pulpit — President of the United States. A loss and it’s gone. A loss would be shattering to the ego of a man who says he has no ego. A loss would mean prosecutors from New York State will come after him for multiple alleged financial and business irregularities. Michael Cohen, his former slimy lawyer and fixer, said in Disloyal, his best-selling tell-all, that the one thing Trump fears more than anything else is going to jail. A close second is retaining lawyers, which he loathes. I know that first hand from a lawyer who was stiffed by him.

A bully never loses because of himself. There are always extenuating circumstances and others to blame. They resort to vicious, personal attacks to deflect blame. And if I’m right about a Biden win, the stuff that Trump will cook up really frightens me.

Compounding a Trump loss will be the down-ballot fallout. I like legislative balance and don’t believe one party should control all three branches of government. According to ElectionBettingOdds.com, the sky is about to get very blue for Democrats. They predict an 85% certainty the House stays blue while there is a 59% chance the Dems take over the Senate along with the White House by sunset on Tuesday.

Politics in this country has gone from turning over the proverbial rubber duck at the county fair, to see if you won a prize, to a blood sport. If your ducky wins something, you felt good for a few seconds. If you lost, you shrugged your shoulders and went to the Whac-A-Mole booth hoping for a better result. Same used to go for politics. If your candidate won you felt good for a day or two; if not, life went on. Now politics is bloody, and I’m scared for us. I really want to be wrong about this. If Trump loses, I hope he accepts it, sooner rather than later, and calls off his legions. The more he plays the rigged election game the more we’ll see violence, looting and death in the streets. If Biden loses, I hope he stands up and congratulates the President while Kamala wipes the condescending smirk off her face and stops her obnoxious cackling. A decisive victory by either side is probably in our best interests. Presently, our image as a democratic leader throughout the world is tarnished and we have a wonderful chance to set an example and shine again. I shudder at potentially being a couple of days away from more civil unrest and what could be the darkest chapter in our lifetimes. I want to be wrong.

I used to think the Yankees-Red Sox, Alabama-Auburn and Five Guys-Shake Shack debates were combative, but it pales compared to this election. No matter where I am, in my living room, on the golf course, at a friend’s for cocktails, out to dinner, people are taking sides. Most times I’m uncomfortable with the venom of the conversation and try to avoid it. And no matter what you may or may not want to read into this I don’t play my political hand and don’t get involved in the verbiage. What I really want is this dark cloud that has been hanging over us to disappear and we become whole as a nation again.

My fears were eased a bit this week at the gym. In between chest presses, I asked both a Trump and Biden supporter how they would react if their candidate lost.

The Trump backer makes no apologies for being a Trump guy. He wears it on his shirt and hat. Sadly, these days, wearing a hat with an American flag marks you as a Republican and not just a patriot. “If Biden wins, I can accept it,” he said. “I just want everything to be on the up and up and what’s best for our country.”

The Biden guy was a bit more demonstrative in his response, rolling his eyes. “If Biden loses, I’ll be upset for about five minutes but I’m pretty sure the sun will come up the next morning and hope we all will be fine.”

However, they did come together and were unified that the Jets would not get their vote against the Chiefs today.

Something has to give for Biden and Trump this week. Neither have ever lost a general election. Combined, eleven for eleven. Okay, no need to be picky that Sleepy has ten of those wins. If Trump ran ten times he would have won ten times. By very, very large margins. Everyone says so. Just ask him.

I’ve voted in eleven previous presidential elections. I’ve been right six times, wrong five. That’s an incredible winning percentage for a horseshit handicapper like me. Every one of those five elections that my candidate lost, I committed myself to supporting the winner and respecting the office of the presidency. Nothing will change this time, either.

In 1978 Philadelphia rocker Todd Rundgren crooned the question Can We Still Be Friends? Three years earlier funk rock group War, during a Japan concert tour, were inspired to record Why Can’t We Be Friends? as an offset for perceived cultural differences during their time abroad.

Both questions were valid then, even more so these days. So, when Tuesday night is over, come Wednesday morning, can we all still be friends?

I sure hope so. There’s more riding on it than just politics.