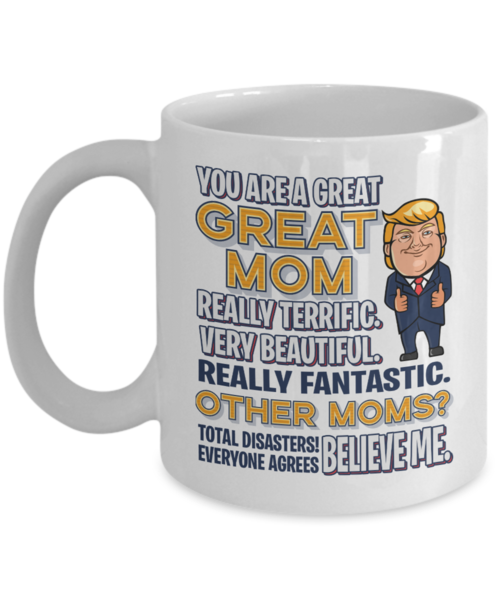 Hi Mom…Happy Mother’s Day!  Did you know today is Mother’s Day?   Do you have calendars, or even time, up there?

Everything down here is just fine.  We all miss you.  It’s been almost five years but things move on.  It’s just not as much fun without you.

How’s Dad? Social as ever?  I’m sure everyone knows him by now. Do they call him “Big Herb” up there, too?   Can he get a round table for the group at the early-bird?  Did he get show tickets? You have some great acts up there, some of your favorites. Have you seen Rickles, Buddy Hackett, Sinatra or even Totie Fields?  Does she still have you laughing?  You were so pretty when you laughed.  And of course, even when you didn’t. I hear Edye is there but Steve is still with us; maybe she is doing a solo gig. If you happen to run into Jackie Gleason, Art Carney or Abbott and Costello at the Sunday brunch please thank them for me. I can watch them every night on Decades and still laugh at stuff I’ve seen a thousand times. And speaking of the Sunday brunch — are there even days of the week up there, or is it like retirement when every day is Saturday?  Sorry Mom but we still have Barbra with us.  Hopefully we can keep her for a while. Even though she doesn’t perform much anymore she’s always a smash when she does.  I hope Dad got aisle seats for the shows so he can beat the rush.  Is there ever a rush up there?  How’s the food?  As good as a cruise?  Is every day like a cruise, anyway?

A lot has happened in the family since you left on December 4, 2014.  Other than Dad joining you a year ago February, everything else has been good.

I turned sixty-seven last Monday. Yeah, I’ve become an old chunk of coal.  I missed your phone call, the one that would have started with “Happy Birthday, I can’t believe I have a son that’s sixty-seven years old!”  I can’t either, Mom.

I retired about a year ago and we moved to Las Vegas last fall.  Yep, Vegas.  I know how happy that would have made Dad and probably a little jealous, too.  Life out here is wonderful.  Andi and I were on The Strip for my birthday and I stopped to say hello to that slot machine that you loved right by the entrance of the Flamingo Hilton.  However, it didn’t treat me as well as it used to treat you.

I stopped working last July 1.  After forty-four years it was time. Do you remember my first job in the maintenance department at Great Eastern Mills on Hempstead Turnpike and Newbridge Road?  Probably back in  early 1970.  How long did it last…two, maybe three days?  If I wasn’t going to pick up trash in my own bedroom, I certainly wasn’t going to do it in some retail store for total strangers.  Plus you never liked that green outfit they made me wear. I really didn’t want to quit but I knew it would make you happy.  I did it for you Mom. You knew that, didn’t you?

So we left Birmingham last fall and headed West to be closer to the boys who are still in California.  Jason got some great news this week when Netflix bought a comedy series he co-created. That’s big stuff.  Okay, I can hear you right now — “what’s Netflix?”  Scott is doing well at the Peninsula Hotel and is on assignment for the next couple of months in Hong Kong.  We are very proud of both.

Mike and Sue moved down to Jupiter, Fla. about an hour north of where you are resting today.  Mike is winding down his career and Sue has already retired.  They hosted your first grandchild’s wedding this past January when Kim, who is now a doctor in Dallas, married Ari, a cardiologist. You would have plotzed with pride.  Brian just became a Captain in the Army; he’s back from Germany and now stationed  in Virginia. Robby followed his cousin Scott’s footsteps and is in the hotel business in Beverly Hills.  He’s a big time schmoozer and an Instagram sensation.  “What’s Instagram” you ask?

Speaking of cardiologists, I had a bit of a scare about a year and a half ago. Actually, a pretty big one.  I wound up needing multiple coronary bypass surgery.  Five of them.  Andi dubbed it a cinco de bypass.  I never saw it coming and if I didn’t act on what I felt, you and Dad would have had company by now.  Heart surgery is a long way from when you had to pin me down and make me swallow aspirin off a teaspoon.   With some help from above, you probably know Him by now, I got through it.  Thanks for putting in a good word for me.

Kenny is still representing the family and Dad’s legacy in the fish business in the Bronx. He goes to work about eleven each night and is home well before “As The World Turns” comes on. He and Maureen are still on Long Island, celebrating Alex’s graduation from college just yesterday.  Yep Mom, all the grandkids are now done with school.  Kyle is on a fast track in the insurance business in Manhattan but spending the next few months on business in Bermuda. Great kid. A ‘Bama fan too.  Like your brother Gil, who is doing fine, Kyle hates that work interferes with his golf.

Otherwise not a day goes by that I don’t think about you and Dad. Sure we miss you, but it’s the lessons learned that you keep forever. You take your parents for granted, until they enter the home stretch, and then there isn’t enough time left. 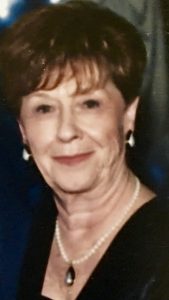 I know the last four or five years of your life was a struggle and I hated that.  Dad was truly a saint. I only wish I could have done more for you both. No excuses but life and time and distance got in the way.  I also wish I had more patience.  I wish a lot of things, Mom.

I love telling the story about your funeral.  I know you remember.  Dad called me on the Sunday of Thanksgiving weekend in 2014 and said “you better come down here right away.” On Monday morning the neurologist told us it was a matter of hours. We rallied the family and scheduled a Wednesday funeral.  Everybody was in the chapel at noon but you.  Five miles away you were off the vent but still with us. We didn’t know what to do so we turned your funeral into a celebration of your life.  It was wonderful.  I love telling people you actually missed your own funeral. But everyone knew you were there, probably in the back of the room laughing at the stories but wanting to see who was there, what they were wearing and who wasn’t.  No Mom, I still have no idea why Bernice wasn’t there.  When you bump into her in the mahjong room go ahead and ask her.

You passed away early the next morning.  Your second funeral was three days later graveside.  Leave it to you to make the most of the weekend.  Arlene Berger always did!

Here’s one you probably didn’t see coming—Donald Trump is our President.  You know the guy from “The Apprentice.” You probably need to read that again.  Don’t ask.

Happy Mom’s Day, Mom. We miss you. As each day passes down here, it’s one day closer to seeing you and Dad again.  We can sit around and as they say in Alabama, ‘visit.’

I’m in no rush but when I get there, promise to make me your meatloaf with those whipped potatoes. By then, I’ll be off my heart-healthy diet.