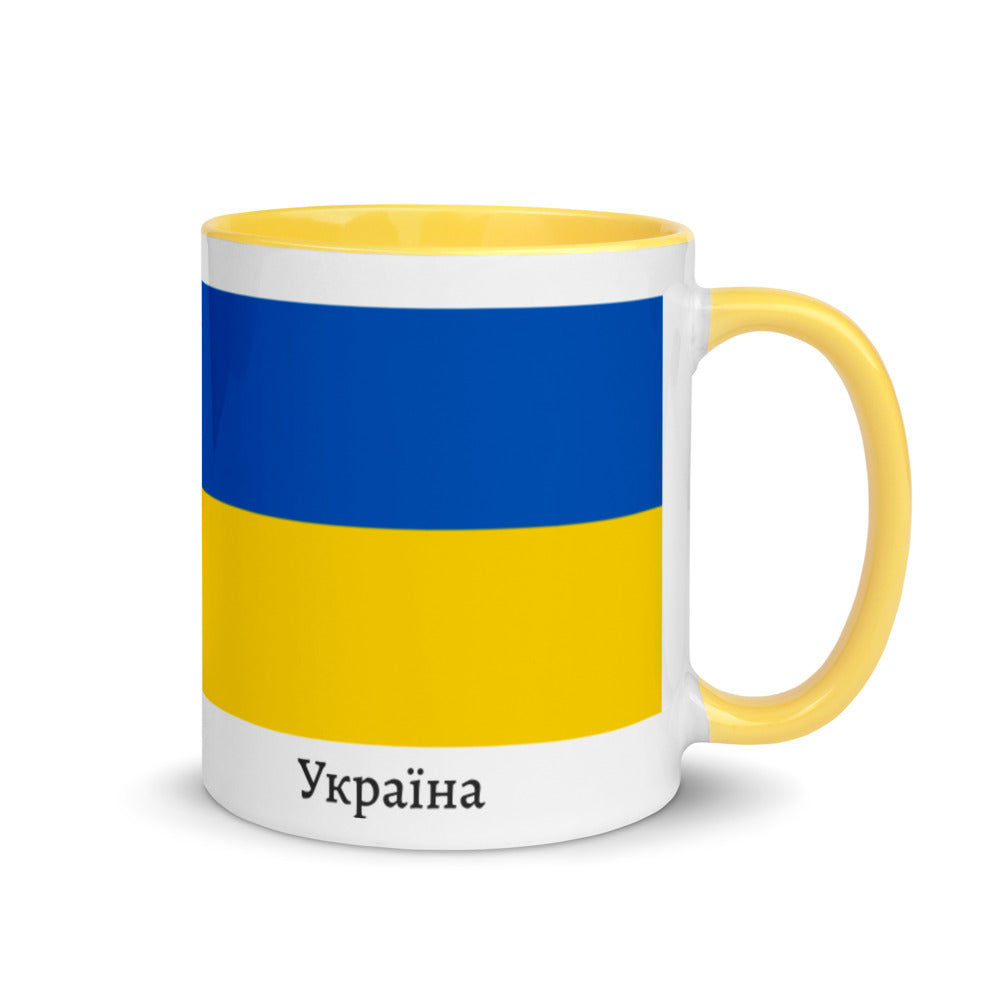 I’ve never been to Ukraine nor given the country much thought. Closest I’ve come is when we lived in Birmingham, Alabama, and our favorite server at one of our favorite restaurants was Ukrainian. She regaled us with stories of the homeland. But now I can’t stop thinking about them and pulling for the people of Ukraine to get through this brutal challenge. The world and diplomacy have been changed forever. This is absolutely horrific in what is supposed to be a civilized world. We have to believe that ultimately something positive will come as a result.

Ukraine is the only country to ever have a former Jewish stand-up comedian, Volodymyr Zelensky, as its president, and a former heavyweight boxing champion of the world, Vitali Klitschko, as the mayor of its largest city. Zelensky knew when the laughter ended, and the stage lights dimmed it was time to get serious. He has done just that leading his people against the Russian attack. Klitschko, with a career record in the ring of 45-2 with 41 of his wins by knockout, has been mayor of Kyiv since 2014. He showed the Ruskies he could take a punch as well as deliver one and hasn’t backed down. His brother Wladimir, also a former world heavyweight champion and the more accomplished boxer of the two, serves as Vitali’s top aide. The Kyiv leadership duo is countering the foreign attack as a formidable one-two combination.

I’m not going to pretend I understand all the issues between baseball owners and players in this ongoing lockout other than greed has no boundaries. But what I do know is whether it takes a day, week, month or a year, this will ultimately be settled, and the games will start. Right now it’s like watching the Rockefellers and DuPonts argue over riches and pretending we care. The scope of this scrap goes way beyond us, the commoners. Whatever will eventually happen can happen now. So for the waning few who still give a damn about the game: cut the bullshit, give a little bit on each side and let’s get to spring training.

The business world wasn’t too kind to baseball Hall of Famer Derek Jeter who resigned this week as CEO of the Miami Marlins, a post he’s held for five years. He and majority owner Bruce Sherman allegedly didn’t see eye to eye on the direction of the franchise, which really only has one way to go. The Marlins look was never a good one for Jeter. I’m not sure, with no formal secondary education, he should have been thrust into the CEO slot this early after retirement. A baseball role, away from business operations, would have been more suitable for his resume. Here’s hoping the Steinbrenner family welcome mat awaits and Jeter, if nothing else, becomes a lifetime Yankees ambassador. 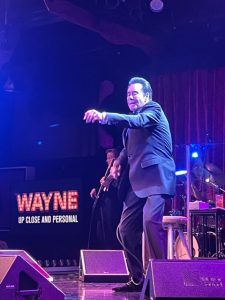 I took a whole lot of guff from a whole lot of people about coming out and admitting Andi and I were going to see Wayne Newton two weeks ago. We laughed last. His show was incredibly enjoyable. Newton will be 80 next month, and many a Vegas area plastic surgeon has retired early thanks to him. His voice is shot; he only sang seven or eight barely audible songs during his show at the Flamingo Hotel. He’s in the smaller showroom, seats maybe 300, but every seat was sold. A good portion of the evening was spent reminiscing with stories about his remarkable career. He showed old video clips with Jack Benny, Jackie Gleason, Sinatra, Sammy and Dean. For my demographic it’s truly gold. I can’t get enough of that stuff. Newton has never been able to read music but played an incredible fiddle solo as we sat in awe. He first started playing Vegas back in the late 50s at the downtown Fremont Hotel, shortly after it opened. He was 16. In those days you had to be 21 to be inside a casino. Wayne played the hotel lounge; six shows a night, 40 minutes on, 20 minutes off. During the 20 minute break he had to stand outside the casino because legally he wasn’t allowed inside. If you are of like demographic, living here or just visiting, I highly recommend this slice of nostalgia. It’s also okay if you go and don’t admit it. I understand. The best part was he was onstage at the crack of 7 pm; off at 8:29 and we were home by 9:05. It also really helped that cannabis is legal in Nevada.

Unless you are a fan of the Jets or the Knicks, mediocrity is a great big yawn. A .500 season for either of the New York teams is cause for a parade. However, according to Sports Illustrated, there have been some very noteworthy rhapsodies in blah. Consider: Rafael Nadal has played 2,612 games, not matches, against Roger Federer and Novak Djokovic combined. His win-loss record is 1306-1306. Buddy Ryan coached 111 NFL games over seven seasons between the Eagles and then St. Louis Cardinals. He won 55, lost 55 and tied one. Knuckleball pitcher Charlie Hough won 216 games lifetime in the bigs. He also lost 216 games. Charley Winner, past head coach of the Jets and St. Louis Cardinals, was really Charley So-So. He retired from the game with a 44-44-5 record. A guy who would have given anything to be a .500 goalie was Nikolai Khabibulin, who over 18 seasons tending the net for Winnipeg, Phoenix, Tampa Bay, Chicago and Edmonton finished at 333-334. That wasn’t the case for Brooklyn baseball manager Wilbert Robinson who won the final two games of the 1931 season which was his last. He retired a winner at 1399-1398. The 1983 San Diego Padres are the definition of mediocrity. They won 81 games and lost 81 games. They scored 653 runs and gave up 653 runs. That’s kissing your sister.

I’m not a Dukie by any means but have always admired their basketball program. Coach K, a class act who has meant so much to the game on so many levels. I was hoping he’d get better than the kick in the shorts he got Saturday night from North Carolina in his last career home game.

How many weddings have you attended where Roberta Flack’s The First Time I Ever Saw Your Face was the bride and groom’s first song? Maybe even at your own. How many really understood that Ms. Flack wrote that song about her cat that had just died? Oops.

Happy 95th birthday-o to the legendary Harry Belafonte. Not only a wonderful singer but a great humanitarian. The song he is best known for isn’t titled Day-O as most think; instead, it’s the Banana Boat Song. Daylight come….

And SiriusXM continues to disrespect my generation. Gone is the 40s on 4. The 50s on 5 has been replaced by The Pulse. Now 50s Gold is on 72. What was once the incredibly popular 60s on 6 with Cousin Brucie, today is The Coffee House; 60s Gold is up the dial at 73. The 70s is still on 7, for now anyway.

And one more musical note validating that I am completely out of it with contemporary song. I heard an advertisement for a group coming to Vegas playing four nights at our new Allegiant Stadium, capacity about 50,000 per concert. No group or act has played four nights at the almost two-year old facility. Tickets are in such demand there was a lottery to determine who gets to buy from the allotment of about 200,000 seats. Sales began Thursday and were sold out in a few hours. The group is BTS. Not BTO, which I get, but BTS. Come on 60+’s, be honest, ever heard of them? 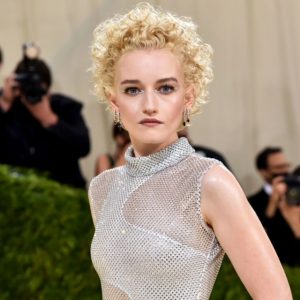 Maybe it’s just me but is there a better character actress these days than Julia Garner? Terrific in everything she does, most recently Ozark and now starring as the lead in Inventing Anna on Netflix. She deserves a long look to play Madonna in the upcoming visual autobiography about the Material Girl. She’s a perfect fit.

Not only is the casting and writing on Amazon Prime’s The Marvelous Mrs. Maisel top of the heap but the cadence of the show, the quickness of dialogue, quips and responses, puts it in the can’t miss category for us.

Is your Sunday morning coffee mug half empty or half full? 43% of Americans have contracted Covid. Put another way— 57% haven’t.

Ever wonder why a club sandwich is called a “club sandwich”? I didn’t think so. It was born as Chicken, Lettuce, Under Bacon.

Not sure how some of these studies are conducted and validated, but AARP reports that falling asleep between 10 pm and midnight reduces the risk of heart disease by 25% from other hours. For a guy always in bed by 10:30 I take it as good news except I’ve got a cinco de bypass on my resume that might say otherwise.

This from friend Russ Bruno in Tampa: The Jewish year is 5782. The Chinese year is 4719. That means that the Jews had to live for 1,063 years without Chinese food. It’s a period in Jewish history known as the dark ages.

Finally, take a minute today and say a prayer for the people of Ukraine. They don’t deserve this.