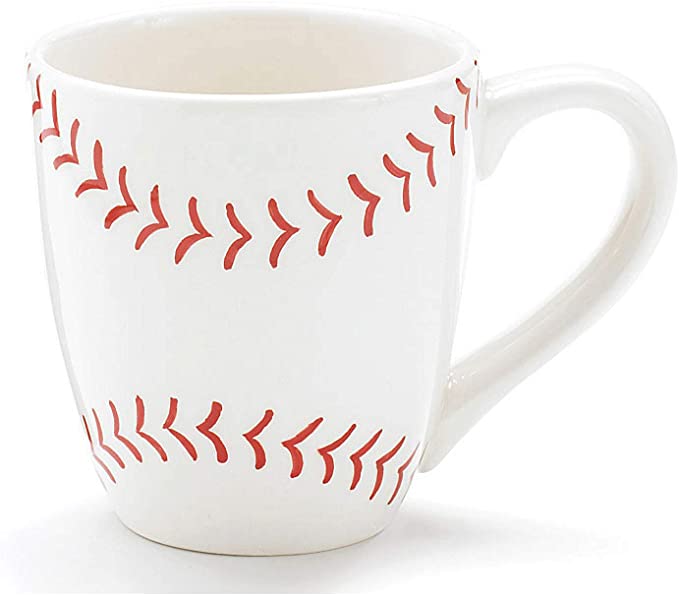 Michael Blazek loves flying first class. We all do. For Blazek, a seat in the front of the airplane means career success.

Now, barring something totally unexpected, it won’t happen again. In fact, he’s probably looking for a new line of work.

Blazek throws baseballs for a living. At least he did. Ever since he was a five-year-old kid he played baseball. Most of us did, too. He was a standout high school ballplayer at Arbor View in Las Vegas. Few of us were. He signed a letter of intent to play shortstop for the University of Nevada-Reno but before he could get to college, he was asked by the St. Louis Cardinals to work out for them. Running wasn’t his thing so instead of humiliating himself in the sixty-yard dash, he decided to forego his tryout as a shortstop and report to the bullpen and throw. He did some pitching at Arbor View High, too. His fastball was clocked at 90-95 mph. Subsequently he was drafted in the 35th round by St. Louis and signed a contract for $20,000. That’s something none of the rest of us ever did.

That was in 2007. He decided college could wait. For the next dozen years, he earned a living as a professional baseball player. But any chance he had of that happening again in 2020 has been extinguished by the plague. He’s thirty-one-years-old with no place to go.

“In baseball if you are thirty years old and not an accomplished major leaguer, you are made to feel like you’re fifty,” Blazek said last week as we finished working out at our local Lifetime Fitness. “I don’t see myself that way. Physically I feel great. I have big league experience. I’m a smarter pitcher than I was five years ago but everyone is looking at youth. I get it, it’s how the business works, but it’s also pretty frustrating.”

Michael’s pitched at all levels of the game — rookie ball, single A, AA, AAA and in the bigs. Over his career he’s landed in more cities than Delta.

However, if this is the end, it will be awfully difficult to top his unlikely 2019 experience after just a year earlier fighting through an arm injury that could have meant the end.

Blazek was one of the final cuts of the Arizona Diamondbacks’ major league roster coming out of spring training in 2018. They gave him a plane ticket, right beside the rear lavatory, and a AAA roster spot in Reno. On the second day of the season he felt a twinge in his right elbow and shortly afterwards his velocity fell from 95-98 mph to a very ordinary 83-84 mph. The diagnosis was a ligament tear, a four-month recovery and rehab. Maybe, just maybe, one day he would pitch again. Miraculously he did get back on the mound before the ‘18 season ended. Arizona sent him to Jackson, TN, the D-Backs AA affiliate, to throw under the watchful eye of Jackson pitching coach and former Cy Young Award winner, Doug Drabek. Arizona didn’t resign him after the 2018 season and if that were the end of Blazek’s career nobody in baseball would have been surprised.

He found his velocity once again that winter and felt strong going into the 2019 season. Washington called for a throwing session before spring training last year but passed on signing him. Though disappointed, Michael was encouraged by his finance, Jayme Martin, to give it one more chance. He inked an Independent League contract with the Lincoln (NB) Salt Dogs for $700 a month, down just a few quid from the half-million he made with Milwaukee three years earlier.

“If I wanted to stay in the game, I really had no choice but to pitch some Independent League ball and hope someone noticed me,” he said. “I was in Lincoln for about ten days when the Nationals called and said they have a spot with their AAA Fresno team. I was out the door, I think, before the call even ended.”

For $15,000 a month Washington got themselves a workhorse out of the bullpen whose elbow was once again feeling like a teenager. Two months later, just after a Fresno outing that Blazek describes as “electric”, he went into the clubhouse and was told the Nationals wanted him to join them in Atlanta the next day.

He laughed. “When you get called up from the minors to the majors, you fly first class. When they send you down, you fly as far back in the airplane as they can find you a seat!”

This time it was two weeks between the front and the back of the plane for Blazek. He was used in four games, pitching five innings, giving up six hits and four earned runs. When they gave him the coach class ticket back to Fresno, he wasn’t surprised.

“I worked my butt off to get there but it was right before the trade deadline and I knew they would need that roster spot after the deadline,” he lamented. “They released me and I went back to the hotel in Washington for three days to see if anyone would claim me. Nobody did so I accepted Washington’s assignment back to Fresno. I never could get back to the way I was throwing before I got called up. I think I put too much pressure on myself.”

Michael actually got his first taste of the major leagues in 2013 with St. Louis, taking his front of the airplane ride from their top minor league affiliate in Memphis to the big club.  He was twenty-four.

“I can’t even describe the feeling and experience of playing in the major leagues,” he remembered. “You have access to everything you want. I will never forget getting on the mound for the first time in St. Louis with over 44,000 people in the stands. We played Texas and if I wasn’t nervous enough I remember thinking to myself that Yadier Molina was catching, he was a perennial all-star and the last thing I was going to do was shake-off any pitch he wanted me to throw.” That turned out to be a good decision.

Blazek struck out Leonys Martin, the first hitter he faced, in a one-two-three inning. Things didn’t go all that well after that, pitching ten innings for the eventual National League champions and giving up eight runs. Control was an issue with ten walks and just as many strikeouts. He made four first class trips to St. Louis that season and four rides in deep coach back to Memphis. Finally, on September 1, 2013 St. Louis sent him to Milwaukee, first class, to complete a trade for John Axford. He pitched three late season games for the Brewers with a respectable 3.86 ERA.

After spending 2014 in AAA Nashville, Blazek earned a roster spot with the Brewers in 2015 and became a big-league pitcher. He appeared in forty-five games, with a 5-3 won-loss record and an ERA of 2.43 before he fractured his right hand on August 14, ending his season. The Brewers liked what they saw, took a chance on his full recovery, and gave Blazek a contract for $514,000 for the 2016 season. 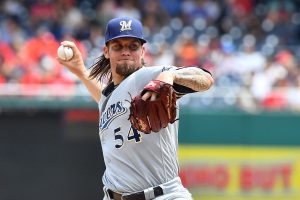 Blazek during his career-best 2015 season in Milwaukee.

“I was disappointed by the way I went about things with Milwaukee in 2015,” he humbly said. “I pitched well but at the same time my head got way too big. I thought this was easy and I was untouchable. I took my foot off the gas, my drive went away, I got complacent and ultimately injured.”

His 2016 season with the Brewers saw forty-one mound appearances, a 3-1 record but his ERA over-doubled from the previous season to 5.66. He was on the DL twice. Blazek pitched five games with Milwaukee in 2017 before being shipped down, in the back of the plane, to their new AAA affiliate in Colorado Springs before being released by the Brewers at the end of the season.

After the 2018 season in the Arizona organization, elbow injury, rehab and then shuttling between minor league outposts in Reno and Jackson (TN), Blazek ultimately worked his way back for that proverbial cup of coffee with the Nationals last year. After Washington released him at the end of the season, he couldn’t find a contract with any other organization for 2020 so he agreed to a $2500 a month deal with the independent Southern Maryland Blue Crabs of the Atlantic League to prove he could still pitch even if he’s over thirty. The virus cancelled the season and made it all moot.

So now Blazek faces the crossroads that all professional athletes encounter. There won’t be any independent or minor league baseball this season which means Blazek will be thirty-two in 2021 with no mound to call home.

“As part of my first contract with St. Louis, they agreed to pay for some of my college education, so I have that going for me,” he said. “I’d love to give the game one more chance but I’m also a realist. There is talk about reducing minor league baseball next season so jobs will be that much tougher to find especially at this point of my career.

“I’ve always been interested in business and finance,” the year-round Vegas resident said and added, “during the last few months I’ve had a lot of time to think about the next step and getting a business, finance or economics degree is something I’d like to do. It may not be easy but neither is baseball.”

If Blazek leaves the game, he does it on a high note. Other than a career record of 8-6 with an ERA of 4.50 and 104 strikeouts in 128 big league innings, he also has something we all dream about but only the very lucky and exceptionally talented ever get.

“If I’m done and truly this is it, I can walk away a World Series champion,” he beamed.