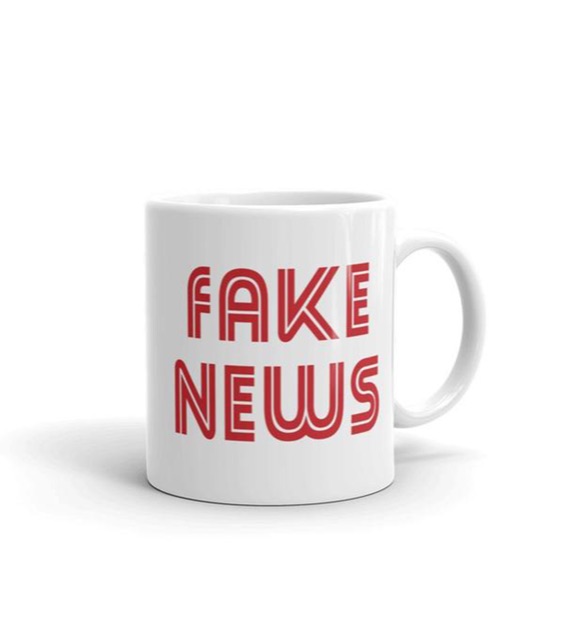 They’re two of a kind. They probably couldn’t pass for brothers but nonetheless they’re matching bookends, not so different in any other kind of way.

They’re a pair of pips. Misunderstood, persecuted for no reason and they just can’t get a break in the court of media opinion. They’re great people, just go ahead and ask them.

One of them, the President of the United States, has done the best job and accomplished more than any other president in his first two and a half years behind the big desk. We know that because that’s what he keeps telling us. Certainly far superior to President William Henry Harrison who died in 1841 after only a month in office. The other — a former football star, actor, corporate spokesman and probable mass murderer, for some reason feels he’s got “a little getting even to do.”

If Keith Richards and Mick Jagger could produce records as the Glimmer Twins, these two guys could certainly tag-team in the WWE as the Twitter Twins, no doubt cast in the role of bad guys which they both play so well, and probably to a great degree, relish.

When Donald Trump decided he just coudn’t get a fair shot from the fake media he did what any 21st century president would do: get his message out for himself. Twitter became his personal, tell-it-like-it-really-is means. He rendered the role of presidential press secretary about as essential as a pay phone repair technician.

I follow the President on Twitter (@POTUS) because just like eating Starburst, no matter how many I have, I just can’t get enough of them or him. Politics aside, I find Trump to be a fascinating man. I don’t know whether or not he really believes his own outlandish schmaltz, but the more he tweets the more I read. His impromptu press conferences are classic. You have no idea what rant will follow. I’m not ashamed to admit that I’m addicted to the ego and bullshit, though I’m not necessarily an all-in buyer. Just one of the twenty-six million Trump tweet followers.

How else could we have found out on Friday morning that ten minutes before post time for the Iran counter attack, he pulled the plug? Back in the old days we would have had to wait for one of those prehistoric press briefings, but these days it comes right from the prez’s Twitter account. Funny, he made no mention of the alleged phone call from Fox’s Tucker Carlson eleven minutes before the scheduled strike that warned Trump of massive re-election woes should he pull the trigger .

Then Saturday morning came this gem from @POTUS: “Stock market is on track to have the best June in over 50 years! Thank you Mr. President!” I hate it when he thanks himself before I get the chance. 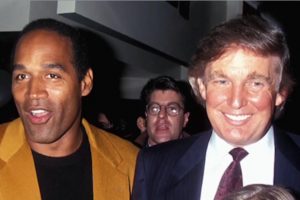 A couple of wild and crazy guys who were media darlings in the pre-Twitter era. Today, not so much.

O.J. Simpson is also a piece of work. He is a convicted felon but his conviction wasn’t for murder in the first degree back in the pre-Twitter era of 1994 like it should have been. Poor guy couldn’t defend himself through social media; instead he had to hire a team of top shelf big money lawyers to get the job done. If there was Twitter, he could have told us it all was a witch hunt, but he had to pay Johnny Cochrane to do it. No doubt this was all collusion by the LAPD. Three years later Simpson was convicted in a wrongful death civil trial for the murder of his ex-wife Nicole and Ronald Goldman. That resulted not in hard time, but monetary damages which will never be paid. Jail time did follow ten years in later in 2007, when he was sentenced to thirty-three years in the clink for armed robbery and kidnapping in Las Vegas. According to O.J. all he was trying to do was get memorabilia property back that was taken from him. Fake news. Like the President, he is very misunderstood. He was released from prison after doing ten years on October 1, 2017.

Simpson decided to stay in Vegas. He lives not only in the same city and same community we do, but the same neighborhood. While we haven’t shopped for produce together at the local Albertson’s, he keeps a fairly high profile in area restaurants and holds court with anyone who will listen. I’ve seen him once from a distance on the golf course. I didn’t want to bother or distract him from stalking the real killer in the foursome in front.

Simpson has become the All-American pariah. Never in our lifetime have we seen a person go from incredible adulation to the bottom of the dumpster as he did. Not even Tonya Harding fell that far. Not even Sarah Palin’s kid, Track. OJ loved the attention, he thought he could do no wrong, and now his credibility pales even Jeff Gillooly’s.

So what’s a fellow to do when he can’t get out truth and justice in the American way? You take matters into your own hands, gloved or not. So thank you OJ for coming forward. Thank you for being forthright. Thank you for showing us two can play the Twitter game. Thank you for out-trumping the Trumpster.

A week ago Friday we were blessed and honored when the Twitter account @TheRealOJ32 made its debut. Ironically, or maybe not, the account was opened the same week as the twenty-fifth anniversary of the Brentwood murders. Simpson tells us this is the only authorized account to follow him. The rest are all phonies. He comes across as America’s most misunderstood character this side of Lee Harvey Oswald. While most of Trump’s tweets are just text, OJ goes right to video. Simpson’s inaugural twenty-two second video tweet was the teaser. “You’ll get to read all my thoughts and opinions about just about everything. It should be a lot of fun,” and then he warned us, “I got a little getting even to do!” You do? For what? For spending your days having to decide whether to use a wedge or nine iron from one hundred forty out instead of being in a box for the rest of your life? Come on Juice, if nothing else we the people have a lot of getting even with you to do.

He followed his first tweet two days later, Father’s Day, with a video poolside wearing a trendy Tommy Bahama shirt and these classic thoughts— “For years people have been able to say whatever they wanted to say about me with no accountability. Now I get to challenge a lot of that BS and set the record straight. More importantly I will be able to talk about everything, especially sports fantasy football and even politics.” Then of course he wished us all a Happy Father’s Day. I admit I got a bit teary. I’m not sure how he handled the Mother’s Day message a month earlier to Justin and Sydney.

His last video tweet was the one I’ve been waiting for. It was the big reveal. Finally, he admitted it. I wasn’t sure we would ever hear the words but he somehow found the strength to level with us. He told us that his former attorney Bob Kardashian was “like a brother to me,” but wanted to make sure we knew that despite what people thought about he and Bob’s wife Kris, “I never, and want to stress never, in any way shape or form had any interest romantically or sexually in Kris.” Thus, because of that, we don’t need Marcia Clark trying to convince us that Simpson is the father of Khloe Kardashian. “The simple fact of the matter is Khole’s not mine” he confessed. Bob must finally be smiling in his grave. Rumors be damned. More fake news. Wow, do I feel better now too.

In ten days on Twitter, OJ has almost 800,00 followers. I am one of them. I hope he follows me back @royberger1. He would be my three hundred and nineteenth. He’s not quite as addicting as another of my former weaknesses, Snyder’s pretzel sticks, but it’s getting close. He should easily pass a million followers within a week or two. There’s more great stuff like this to come. If his Twitter account was a stock it would come with a definite ‘buy’ recommendation.

In reputational self-defense, and after the heart scare I had almost two years ago, following the Prez and the Juice on Twitter is much better for my health than Starburst and pretzel sticks.