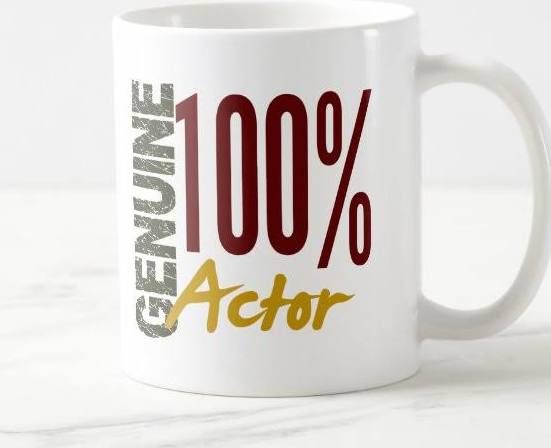 It was a Birmingham, Alabama, winter night in January 2017. Or maybe it was February. Not sure which but it was damn cold outside. The four of us were out to dinner. Mary O’Neill and her husband, Michael, were friends and neighbors of Andi and me. Mary, a lawyer, is a tennis player and a gym and fitness nut. Michael was looking for work. Andi would see Mary more than I would visit with Michael, but when the four of us got together there was never a drought for conversation.

On this night, before even looking at the menu, Andi and Mary were gabbing about something, probably tennis or the humane society. Michael was lamenting about the closed doors he’d found lately in his career while I listened intently and then asked a bunch of questions. Just me being me.

You don’t recognize Michael O’Neill because he’s Michael O’Neill. Instead you might know him as Secret Service Agent Ron Butterfield from The West Wing or Dr. Bernard Colbert from Boston Public or Senator Roland Foulkes of Rectify. Maybe Ron Cheals from The Unit or Mr. Pollard from Seabiscuit. Perhaps Kenneth McKellar from J. Edgar or Richard Barkley from Dallas Buyers Club? Okay, I’ll keep going. Does Tom Banacheck from Transformers ring a bell or O.B. Keeler from The Legend of Bagger Vance? O’Neill’s most notorious role might have been as Gary Clark, the distressed widower who holds the Grey’s Anatomy hospital staff hostage with a 9mm. I could keep going but you no doubt have other things you’d like to do today after Sunday Morning Coffee.

As the years passed so did the opportunities for Michael to get roles. The television and motion picture business went Kaepernick on him. The phone stopped ringing. Aging actors who have been typecast their entire careers as law enforcement officials, politicians or doctors are less and less in demand as the generation behind them gets the roles Michael and his contemporaries used to. It’s just the business.

However, O’Neill and his longtime agent, Mitchell Stubbs, weren’t ready to let the clock run out on a thirty-plus year career without one last ditch drive for the end zone.

“Mitchell and I made a decision we would just keep plugging along knowing sooner or later, or hoping anyway, there would be a role out there for me,” O’Neill said. “My career has been a study of hanging on. As I got older, things have gotten a bit tougher to penetrate the inner workings of the industry.”

Over the years O’Neill gathered invaluable experience on why some people get roles and others never get a callback. “What I learned is when you are fortunate enough to get an audition there is a lot more involved than just showing up,” he said and continued, “You need to be prepared. I’ve seen so many actors go on reads and not be prepared at all. Almost all of them were bigger names than me but they did not prep at all for the part. By no means did I get every role I ever read for but it wasn’t because I wasn’t ready for the audition. I’d get up at all hours of the morning and review every line.” 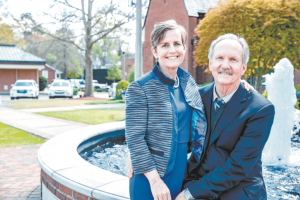 Mary and Michael in Birmingham.

About ten years ago, Michael and Mary decided they wanted to raise their three girls in Michael’s native Alabama instead of the chaos of Los Angeles where Michael’s career was based. They set up camp in Birmingham, eighty miles north of Montgomery, Michael’s boyhood home.  Specifically, they moved to Mountain Brook, a block or two from where we lived, to take advantage of the Mountain Brook school system, perennially in the top-100 of public school systems in the country. It meant that Michael needed to commute regularly to Hollywood. It was a small price to pay for family harmony.

Then two years ago, just as he thought retirement might be sooner rather than later, the phone once again started ringing. All of a sudden there were parts for an almost-seventy-year-old character actor who made an imprint on casting directors with every role he played.

“I got the last three episodes of Scandal (ABC) and as I was about to leave California to return to Birmingham, I was cast in five episodes of Shooter (USA Network),” O’Neill said. “Then I got a call to do the Netflix movie Stand at Paxton County, then off to Nashville to do five episodes of the series Messiah on Netflix.

“I finally made it back to Birmingham and got to see Mary and the girls for a day or two, when I was cast as Senator Mitchell Chapin in Jack Ryan (Amazon Prime),” O’Neill, whose brother-in-law, Mary’s brother, is Michael O’Keefe from Caddyshack and a hundred other roles, smiled. “Go ahead and figure, right?”

Then the role of his career happened.

“There were two parts that I really wanted,” the Auburn University economics major said. “One of them, Elijah Strait on Bluff City Law, went to Jimmy Smits. The other was absolutely perfect for me. I hoped I’d get a chance to read for the role of Larry Mills on the Council of Dads pilot. I had no commitment from anyone that they even wanted me to read for the part, but I’d get up every morning at three or four and just read the script. I was ready if they wanted me to audition.”

Again the phone in Alabama rang. What O’Neill didn’t know was the two showrunners on Council of Dads, Joan Rater and Tony Phelan, with whom Michael worked on Grey’s Anatomy, wrote the Larry Mills part with O’Neill in mind. The role is also very personal to him. 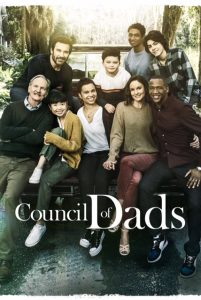 Council of Dads, engagingly well-written, is the perfect Father’s Day stream. It airs first-run on Thursday nights on NBC. It’s the story of a young family who loses their father to cancer and one of dad’s dying wishes was his three best friends serve as a ‘council of dads’ to help raise the kids. O’Neill’s Larry Mills character is the wise and savvy one who overcame a personal battle with substance abuse that caused him to lose his own family. This was a chance to redeem himself with a family who might not have his DNA but one that had his love.

The addictive portion of Larry Mills’ background was not a role Michael O’Neill had to rehearse to play. He had sixteen years’ experience.

“I abused alcohol from the time I was seventeen until my mid-thirties,” he lamented. “The last six years of my struggle in the late 70s and early 80s were really bad. I was a journeyman; really didn’t have a career and I was hiding in the bottle. I thought I was dying.  I might have been okay with it except at thirty-three I hoped there were still things to live for if I could only get myself straightened out. I tried so many times to stop but I couldn’t.”

It didn’t help that O’Neill was working as a bartender in New York City. It’s like hiring a fat guy to be the food taster at Bellagio’s all-you-can-eat buffet.

O’Neill continued, “I was tending bar and vividly remember this one day in 1984. It was eleven o’clock in the morning and it was me and two guys at the bar. They were trying to out drink each other before lunch. A gentleman walks in wearing a suit and tie and orders a club soda. That’s it, just a club soda. I remember how clear his eyes were. I said to myself ‘That’s it, that’s what I want.’ A week or so later I went and played softball at Battery Park and everyone was having such a good time and nobody was drinking. I thought maybe there was something to that.

“Finally, I gave up. I went to an AA meeting and said I want to change my life,” he whimsically remembered. “I’m alive today because of that guy who walked into the bar and ordered a club soda.”

After getting sober, Michael was ultimately able to fall back on the acting skill set he learned years earlier mentored by veteran actor Will Geer, Grandpa Walton on The Waltons. Now, three decades later, O’Neill has a list of television and movie credits longer than the anticipated line to get into Trump’s rally last night in Tulsa, at least according to Trump. 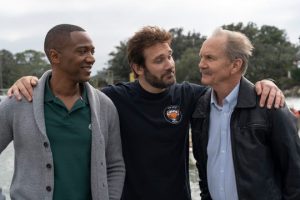 However, it’s Council of Dads that turned a perennial character actor into a featured role and let O’Neill play a part that is so dear to him. “I smothered that audition and wanted the part so bad. It allows me to use my experience as a father and being sober for so many years. I thank Tony and Joan for believing in me,” he beamed.

Off-camera O’Neill spends much of his time as an advocate for recovery. He’s a speaker and inspiration to so many people and so many groups. “If I can help one person not make the same mistakes I did, then it’s worth all of my time.”

Auburn thought so much of him they asked Michael to be the keynote speaker for their December 2019 commencement which featured his daughter, Ella, as a graduate.

“I had to write my own thirteen-minute script. I can tell you giving that address was absolutely nerve wracking. Worse than any part I ever auditioned for!” he laughed.

“You know, I’ve been thinking,” Michael, with that very refined, Southern manner of his, chuckled. “Ever since that night at dinner with you and Andi things have gone really well for me in my career.