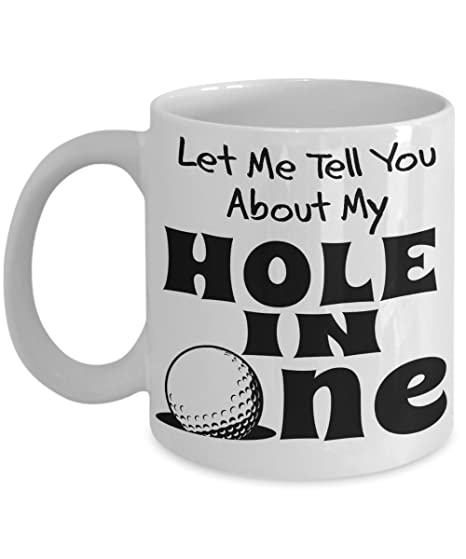 If we could have made it to December, we would have been together for fifty years. But we didn’t. I’m sad but I’m also happy. I never saw the breakup coming but I’m glad it happened.

We were together longer than I’ve been with my wife and kids. Partners for almost half a century and boy could we tell some stories.

The places we’ve been, the things we’ve seen and the stuff we can’t talk about.

Together we survived a quintuple bypass, the loss of my parents, 9/11, the birth of my kids, two marriages and one divorce. However, we couldn’t make it through a pandemic.

We got together in December 1970 when I was a first semester freshman at the University of Miami. I was eighteen. I have pictures to prove it. It’s the longest relationship I’ve ever been in, but now it’s over.

The par-3 15th hole on the Mountain Course of our Red Rock Country Club was playing 126 yards last Friday. A slight breeze to our backs made the ninety-seven-degree Nevada day more than tolerable. Herbie Shainker and I were in the midst of a tight contest for two bucks against Rick Schnider and Dr. Gary Goldberg. Ten miles east of us the dice were rolling once again on the Strip but we were in our own high stakes game up here in Summerlin.

When we first got together, I still had three and a half years of college in front of me. Andi was just eight years old in bustling Gilbertsville, Kentucky. Cute as a button, no doubt. Jason was still a decade away from being born; Scott, thirteen years away.

Normally from 126 yards I would use a pitching wedge. For a minute I contemplated a gap wedge, which might have been the right club with the breeze, but any mishit and the bunker in front of the green comes into play. No thank you.

For the past forty-nine years we’ve traveled the sports globe together. We’ve been to the World Series, the Stanley Cup finals, five Super Bowls, a half dozen college football championship games, the PGA, the Masters, Wimbledon, the French Open and the US Open. We were attached to each other. Inseparable, like when we were kids and a pesky, discarded piece of Bazooka got stuck to the bottom of our PF Flyers. That kind of inseparable.

I didn’t start playing golf until I was in my thirties. Prior to that I was a fair tennis player. I was never any good at golf but I enjoyed being out in the sun and every time I got to the tenth hole, I mean every time, I would light up a cheap cigar that would burn the entire back nine. My cardiologist put an end to that in August 2017. I don’t like the guy.

“You know, I’ve never seen you without a mustache,” Andi said to me early in our marriage and probably repeated it a couple of times a year for the next twenty-eight.

“Dad, are you ever going to shave off that mustache?” Scott would ask. “It’s a pretty dated look,” Jason would say to me in the 90s and every decade since.

I love my mustache. It’s me. Defines me. Maybe a dozen people that are still in my circle have ever seen me without it. I finally told Andi and the kids, just so they would stop asking, that if I ever got a hole-in-one, the mustache comes off. I never wanted to lose it. Ever since that mid-December 1970 day, I always sported a stache. Every day. Without exception. There wasn’t a safer or more self-assured statement I could make with the hole-in-one promise. It was a bet I would never have to honor. I was sure of that.

When I put the ball onto the tee, the wind was picking up just a little bit but I had already decided to use the pitching wedge and try to land safely on the green.

It’s easy for me to say, or want to believe, I never took golf seriously primarily because I was never any good at it. Some days I’d shoot an 85 which was an exception. Most likely a 90 or 95. I’ve been to golf schools and spent thousands of dollars on individual lessons but nothing seemed to matter. I got so frustrated that the last two years we lived in Birmingham, 2017-18, I dropped my club membership.

About two months ago, after playing regularly out here for a year, it was time to get serious or find a pinochle game. With the gyms closed because of COVID, golf and bike riding became my only exercise. The sheer inconsistency of my golf game continued to plague and rankle me.

I approached Red Rock Director of Golf, Gerry Montiel, and offered him a challenge. I wasn’t sure how long it would take, maybe five lessons, maybe ten, fifteen or twenty but teach me how to play this damn game. He accepted. We now rendezvous every Thursday morning at eleven. 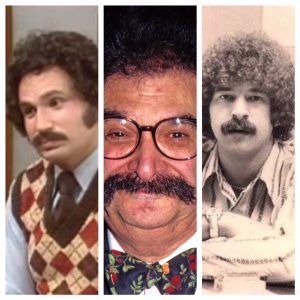 Back in the day, I held my own with Mr. Kotter and Mr. Shalit.

Over the years my mustache turned gray and thin. Like a Trump presidency, my Mr. Kotter/Gene Shalit look parched over time. But we had been an item for so long, it didn’t matter. We were a duo. Part of each other. In good times like Sonny & Cher, Ike & Tina, George & Susan, Joe D & Marilyn, Tony & Carmela and Donald & Marla. Me & Stache, not doomed to a separation like all the rest of those great combos. Instead we were Ozzie & Harriet and Archie & Edith; in it until the finish line.

In only a couple of weeks Gerry has made a difference in my game. Please don’t tell him I said that. My low 90’s has come down to the mid-80’s and I’m only a couple of silly mistakes away from really being formidable. He has slowed me down, aligned me in addressing the ball (Hello ball!) and makes me use my hips more than Twiggy.

When the Titleist Pro-V1 golf ball left my club, it felt good. I knew it would land safely on the green. It’s a green that rolls left to right; the pin on this day was placed right-center. The ball hit about fifteen feet to the left of the cup right on cue.

“That is a really good shot,” Rick Schnider said, and then his voice kept rising to a Barney Fife octave. “I think it has a chance!” 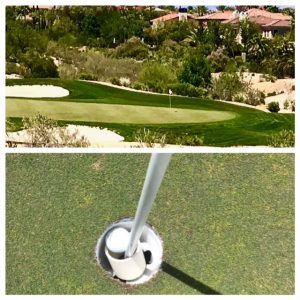 I stood and watched. Wide-eyed. It’s now my moment frozen in time. Like taking direction from Scorsese, the ball hit about pin high and then started tracking to the right. Tracking, tracking, tracking…plunk! 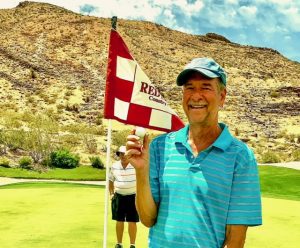 A hole-in-one smile and mustache soon to be history.

I raised my arms over my head like Ed Hochuli signaling a touchdown. I didn’t believe what just happened. I’ve hit thousands upon thousands of golf balls and never have gotten a hole-in-one. Came close a few times, but never closed the deal.

I turned around and was embraced by Rick, Gary and Herbie. For a minute we were celebrating like it was 2019 again. We quickly regained our 2020 composure and distanced. I got emotional. It was a moment every golfer strives for, but few ever join the club. The odds are 12,500-1 against an average golfer getting a hole-in-one. For a hack like me even greater. I called Andi. For some reason when she answered the phone, she knew. It’s one of those wife-sensory things. She was screaming.

Hole-in-one tradition mandates you buy drinks in the clubhouse bar after the round. I never thought it would be me hosting. It was three o’clock in the afternoon, so the crowd was modest. One of the guys in our group, whom I won’t mention by name but it wasn’t Schnider or Goldberg, asked, “As long as you have to buy cocktails and I don’t drink, would a shrimp cocktail be okay?” Though he will remain nameless, Herbie Shainker’s request made our entire religious tribe proud. The bill was $280, not including Herbie’s shrimp cocktail. Tack it on and it was the most enjoyable three bills I’ve ever spent.

As I left to go home two of our teaching pros were still in the golf shop. Kyle Dawson and Kevin Lim congratulated me and admitted neither of them had ever gotten a hole-in-one. I offered to take them out to the range and give them some pointers but first I had to run home and take care of something long overdue.

Andi had the supplies waiting for me when I got home.

When I bounced into the house Andi was waiting for me with a smile and a kiss. She then went into her command mode, pointed to the bathroom and barked, “Get busy!”

Waiting for me on the vanity was a shaver, razor and a can of Edge.

In a matter of just a minute, almost fifty years of history and companionship were shaved away and floated down the drain.

Neil Sedaka was wrong. Considering the unlikely circumstance, breaking up really wasn’t that hard to do.