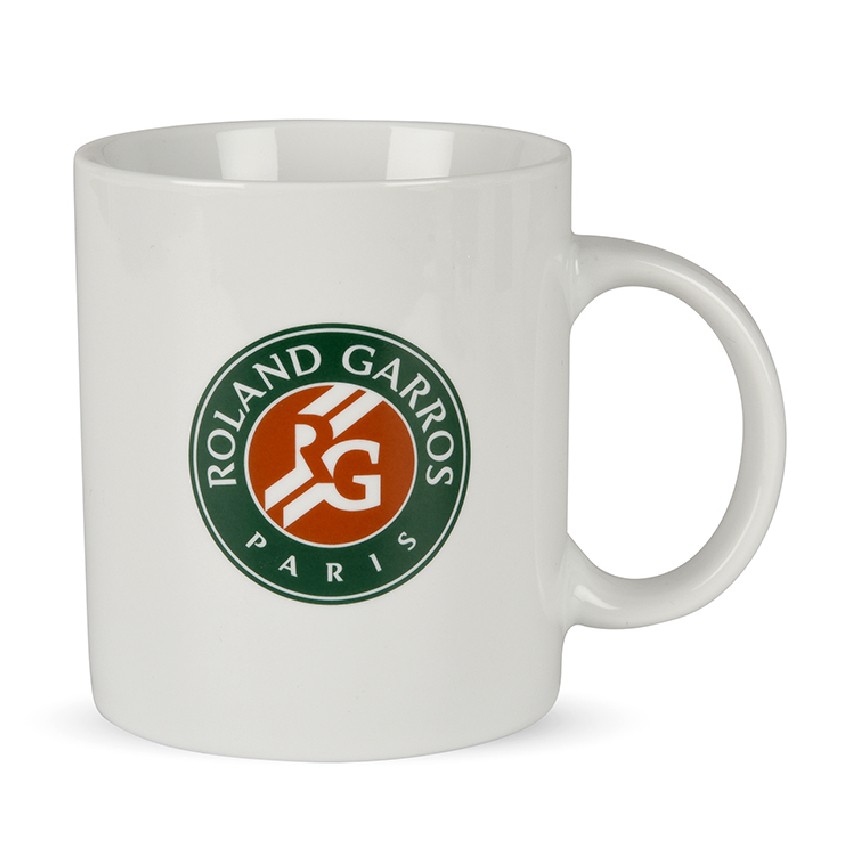 If politics makes for strange bedfellows, then in our house tennis heroes fall just short of separate bedrooms.

While Andi and I are on different ends of the political spectrum, I must admit as the daily buffoonery continues I have moved a little, just a little, over to her side of the Sealy demarcation line.

Tennis though is quite the opposite. The sheets aren’t split, they are torn. Ripped. Shredded. There is no room for movement or compromise. She is a Rafael Nadal gal, as most women tend to be. I, on the other hand, prefer the manly nature and forehead of Novak Djokovic, as most women tend not to.

I guess if I was honest with myself I would admit that Djokovic is my second favorite tennis player. Anyone who plays Nadal is my first, thus widening the domestic divide.

The French Open was the perfect place for both of us to get our respective tennis fix. The men’s semifinals on Friday past on the famed red clay of Roland Garros was a couple of days in advance of my annual Medjet meetings in London with the blokes from Lloyd’s. Therefore, detouring to Paris a couple of days early was relatively easy.

And all the way back in January, when we tailored the trip, you could bet your frites that Nadal, Djokovic, Roger Federer and Andy Murray would be in the final four. When tickets went on sale I paid the price I knew I would have to for the coveted billets.

Then things started to fall apart. Federer withdrew from the tournament because clay is not his speciality and instead wanted to save whatever backhands are left in his thirty-seven year old body for the quicker grass courts of Wimbledon and hard surface of the US Open. Clay, and it’s long rallies, don’t suit the king’s quick serve and volley game.

Murray is somewhere on the tennis protection list. Nobody has seen Mr. Excitement on a competitive court for about a year and nobody knows when he will return. The sport hasn’t seemed to suffer. 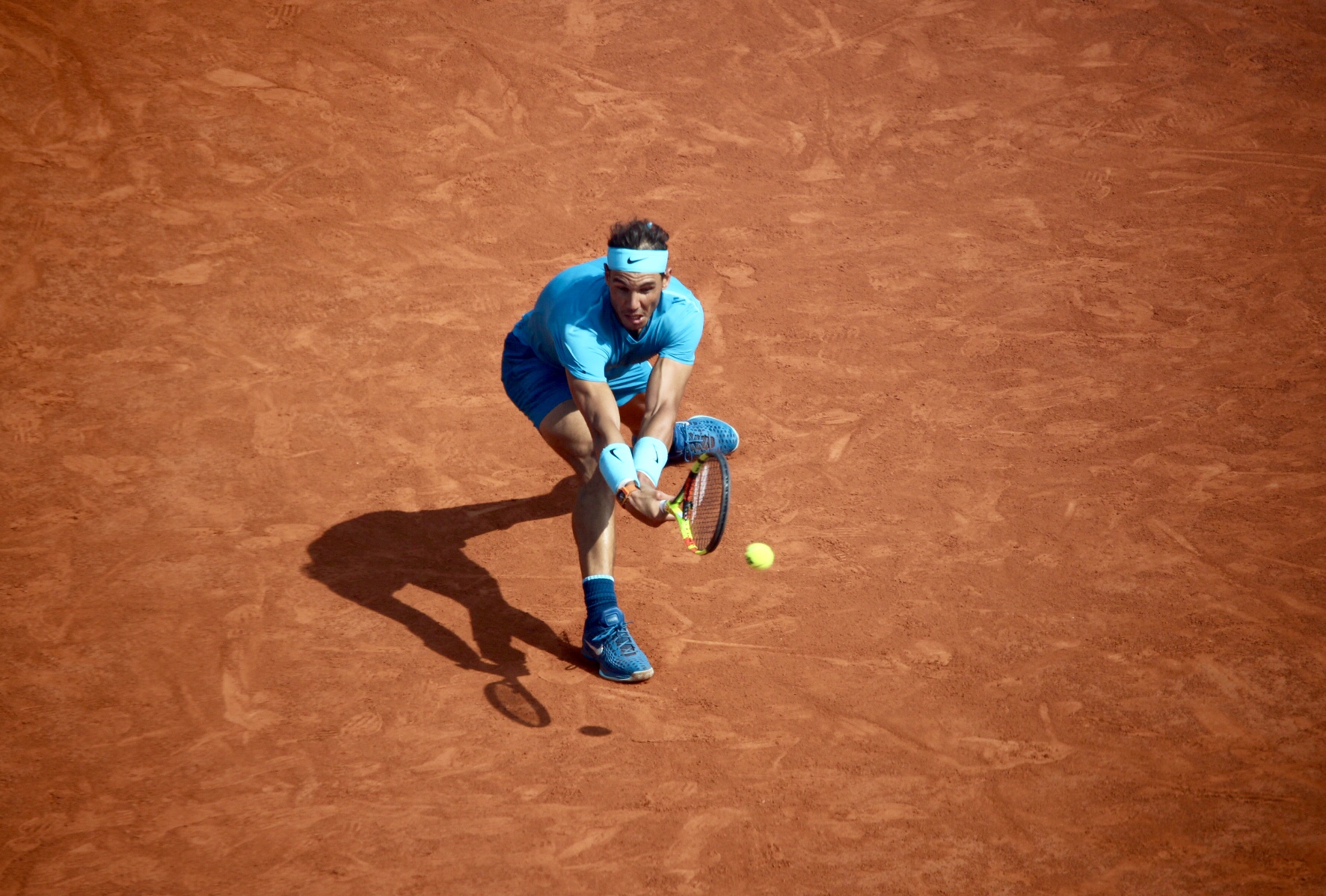 So that left two — prissy Nadal and studly Djokovic — after our tickets had been purchased. And the French Open brass gets cute as you need to buy tickets for each semifinal, unlike Wimbledon or our Open, where you get two matches on one entry. Not in Paris. The first semi ends, you clear out if you don’t have a ducat to the second one, and then the rest of the crowd enters. It’s actually efficient but pretty costly. No doubt the other Grand Slam events will eventually move to the same revenue formula.

Meet Marco Cecchinato. Don’t worry, nobody else has heard of the twenty-five year old Sicilian either. He’s the 72nd ranked player on the men’s tour but with his statistics, that’s generous. His career record is four wins, 23 losses and he’s never won a tour level match on anything but red clay. Before the French Open he’d lost all four of his previous first round matches at a major.

Yet his inept tennis resume gets hidden under the headlines he created two years ago when the Italian Tennis Federation suspended him eighteen months for intentionally losing a match in Morocco in 2015. When you have Cecci’s game, do you really have to lose on purpose? His skill level, or lack thereof, should really take care of that by itself.

But, reinstated, there he was in the quarterfinals at Roland Garros on Tuesday ready to face Djokovic for the semifinal spot that I paid for. It was Wyatt Earp against Barney Fife. Cecci beating Novak would be like an expansion team playing for the Stanley Cup. It’s just not going to happen.

Cecchinato’s first round French Open match against another tennis nomad, Marius Copil, went pretty much according to Cecci’s career script. He lost the first two sets and between the second and third sets he ran over to his racket bag, pulled out his phone and called Uber to schedule a ride back to the airport. He’s never stayed longer than a day at a major and never needs multiple hotel nights. But something went wrong. He won the next three sets, canceled his flight and rechecked in at the hotel. And he wasn’t hanging out for only one more match either; he miraculously won three more, including outsting both the eight and ten seeds.

Everyone knew the road would end for Cecci right there in the quarterfinals. He was the lowest ranked male player in the last two decades to try and get to the semis and no Italian tennis player has made it that far in a Grand Slam final in forty years. If you remember Corrado Barazzutti, then you are old. Real old.

Despite having a skill level that wasn’t up to this level of play he was also facing my guy Djokovic, who seemingly could roll in from a long night at the Moulin Rouge and dispatch Marco in three rather easy sets. Novak was a 12-1 favorite but that line seemed to be a bit short. There was nothing that indicated Marco wouldn’t be on a plane home in a few hours.

And you know the rest of the story. Cecci won the first two sets but Djokovic was still the favorite to win the match. After all, you don’t tug on Superman’s cape. Dojo won the third and had every opportunity to close him out in the fourth. Even Andi was now backing Djokovic, for my sake, which gave an old guy some bedroom hope after all. Despite Andi crossing a line I thought I’d never see, Djokovic fell in four. The bum. I now had a cherished ticket to a Marco Cecchinato-Dominic Thiem French Open semifinal. If Andi asked me if I wanted to go see a Cecchinato-Thiem tennis match, I’d first ask her “who are they” and then tell her I wouldn’t go into the backyard to watch them play, never mind travel 4500 miles. Who needs two tickets?

Nadal also lost the first set in his quarterfinal match but rebounded against Diego Schwartzman to clinch his semi spot against Juan Martin del Porto. The world was upside down again in our house as I was openly pulling for Nadal against Diego. The thought of paying big bucks to see both Marco Cecchinato and Diego Schwartman on the same day got me physically ill. I needed Nadal to save what was left for us of this tournament.

Friday, semifinal day in Paris, got off to a not-so-fabulous start for us. In absolutely no rush to get to the Cecchinato-Thiem match, I went into retirement-spending mode and suggested to Andi we ride the Metro to Roland Garros for eight euro roundtrip for both of us instead of paying twenty-two for an Uber each way. I told her the train is clean and safe. I had no first hand knowledge of that but economically that answer made sense. She asked if she could get a seat. I told her undoubtedly, since everyone else was taking Ubers.

Thirty-five minutes later we finally got to the French Open stop but the Paris Metro has a rule I still don’t understand. You must present your ride ticket to exit. When is the last time you had to show a ticket to get into a ballgame, concert or a movie. Exactly. But when is the last time you had to show a ticket to leave? Exactly again. If I didn’t have a ticket, how would I have gotten on the Metro in the first place? Being a good lad, I had mine. Andi didn’t. The Metro gendarmes pounced and told her she must produce that ticket to exit. They weren’t impressed with my New York sense of reasoning nor voice inflection. Other than being really fried, French fried, I’m sure they had no idea what I was saying. I was about to play my four semesters of college French card— ‘Ou est la bibliotheque’—but at that moment I didn’t give a shit where the library was and I’m guessing neither did the fuzz. They fined Andi thirty-five Euro, reduced from the original sanction of fifty. I’m not sure why. The one-way Metro ticket cost two euro but we got fined thirty-five? I asked if I could be imprisoned instead of her being fined, which meant I wouldn’t have to sit through Cecchinato and Thiem. After paying the fine, and having Andi’s picture posted on the Metro ‘watch’ list, the subway ride cost us thirty-nine Euro instead of twenty with an Uber. Retirement may be costly with decisions like this one.

The tennis turned out to be what I thought it would. This was our second trip to Roland Garros, the first eleven years ago in 2007, a prehistoric era when you could still leave the Metro at-will. It’s a beautiful, intimate stadium setting with 15,000 packed in on a sun-filled day. Dominic ‘There is an I in’ Thiem, who got to the semis the past two years before getting beat, now has a spot in today’s final by turning Cecci into a cruller in straight sets. Marco arrived back home in Sicily ten days later than his family planned on seeing him and just before they reported him missing. Cecci played like his ranking and other than a close second set, you couldn’t tell whether he was again throwing the match on purpose or not. My guess is not, but it further crapped up my Djokovic-free day.

Nadal easily dispatched del Porto who physically couldn’t keep pace with the ten and soon-to-be-eleven-time French Open champion. That’s pretty remarkable. I’ll deny I said this but Nadal’s footwork and groundstrokes are impressive. Almost as good as Djokovic or Cecchinato.

For Thiem and Nadal, Friday was a good day. It ended well for us too as Andi kept her Metro ticket for the ride home and was released from underground captivity with no further incident.

Game, set, match. Cross the French Open, and especially the Paris Metro, off our to-do list..