Sunday Morning Coffee — July 7, 2019 — Who Is This Guy and What Have You Done With My Husband? 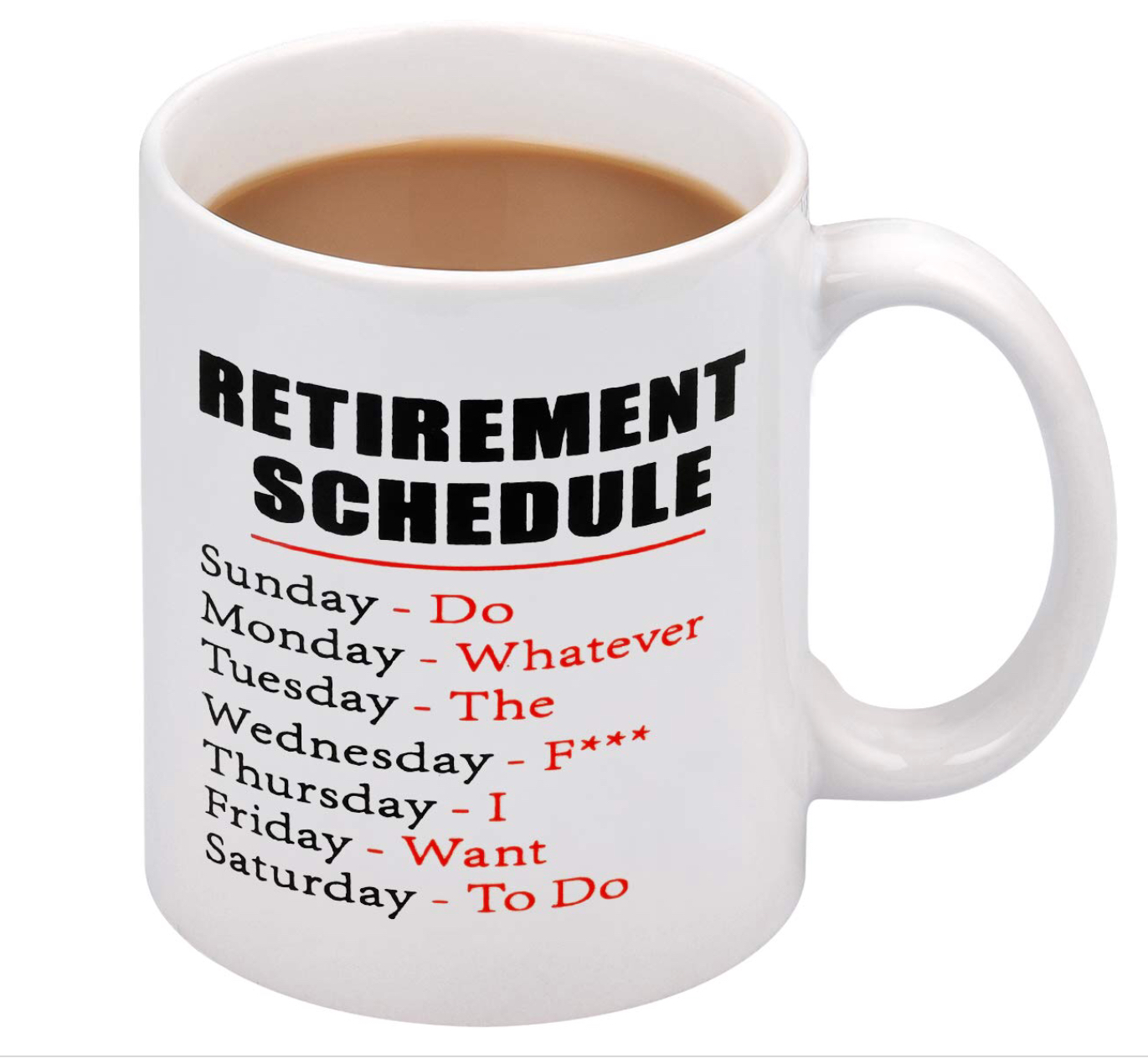 (Editors note, first of many: The last time my wife pinch-hit for me writing ‘Sunday Morning Coffee’ was two days after my five artery bypass surgery. (RoyBerger.com- August 20, 2017-‘Cinco De Bypass’). Andi was such a hit that immediately there were cries to kick me to the curb and install her as the primary blogger. I channeled my inner Fidel and fought off the coup. But this week she’s back, almost telling it like it is.)

As if you need reminding, Roy is now retired.  The one year anniversary fell last Monday, July 1.  Most of us figured Roy would adjust to the lack of structure he had in the corporate environment like Trump to a handbook for the rules of golf. Ever the maverick, Roy proved over the past 12 months that I was wrong. And all y’all too!

In truth, the first half of the past year is a blur.  We packed up and made our way out of Birmingham to Vegas and arrived, in true Roy Berger fashion, so far ahead of schedule and our furniture that we had to buy an inflatable mattress and cheap lawn chairs to get by. And that was just for Ibis and Deuce. When our stuff got here and we began to put our new home together, well…that’s when I learned that Roy is a budding mix of Chip Gaines and Gordon Ramsay.  It’s true.  Roy is better than me at furniture selection and room arrangement, “what-looks-good-where” and such. (Ed. note- that’s true.) Initially I was pissed I’d fallen for 27 years of his “I’ve got a bad back” routine and the last couple that he was a “heart patient” and couldn’t do anything around the house. And then a few months later I also found out the guy can cook.  Who knew?

I was away for a few days and Roy called me.  Conversation went a little something like this.

ROY:  Can you tell me how to cook salmon?
ME:  Um, you’ve got the wrong number sir.
ROY:  Seriously.  I went to Albertson’s and did you know that there’s an area in the back of the store with a counter that sells all kinds of fish and meat? There was even a guy there to help me.  I told him I wanted some salmon.  He wrapped it up and handed it to me.  I said “what am I supposed to do with this?”
ME:  You did not.
ROY:  I said to him, “am I supposed to cook this?”
ME:  Nuh uh…
ROY:  The guy looked at me like I was crazy and said ‘yeah, I’d cook it,’  I asked him how (to cook it).  He said “you can grill it, bake it, lots of different ways.”
ME:  I’ll text instructions
(Ed. note (again)- It was terrific). 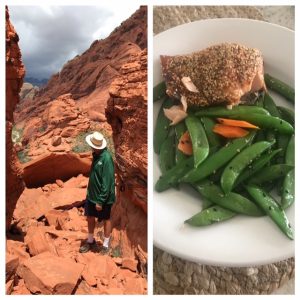 After a tough day hiking in the canyon, there’s nothing better than a homemade salmon dinner from a guy who said he can’t cook.

“He’s Going To Be So Bored…What’s He Gonna Do All Day?” said everyone I know to me on the same day: July 1, 2018.  Fact:  If Roy is ever bored or not doing something or if he’s even shown the slightest sign of FOMO, I haven’t noticed yet.  He’s up at the ass-crack of dawn and putting in a good 90 minute workout at Lifetime Fitness six mornings of the week.  He’s always working on something…who knows what.  All of a sudden he’s not in much of a rush anymore to do things. He spent three days booking a flight for me back to Birmingham but if you asked him, he’d say the fault lies with Southwest and their schedule. (Back again- Ed. note- With the grounding of the MAX jets, it is their fault.) He can hop on his golf cart and play as many holes as he wants, nearly any time he wants.  He’s got a men’s golf group with a standing 7:30 AM tee time every Wednesday. There’s a never-ending array of jump balls, first pitches, puck drops, kickoffs and what not, to watch on TV or live here in Summerlin or on the Strip. He’s taken me to more concerts in the last ten months than I’ve seen in almost threescore. Sometimes he wanders into a nearby race and sports book for some real action. He rides his Giant bicycle and he wears a helmet. There’s a brand new referees uniform hanging on his side of the closet and he’ll soon be called to officiate basketball, something he hasn’t done in twenty-five years. I already feel for the poor coaches; they have no idea what they’re in for. Can coaches call a technical on the ref? He watches old shows on “Decades” and sleeps when he feels like it, with Ibis and Deuce at his feet. He does brag a lot about how well Medjet is doing now that he’s gone. Roy’s turned into his father’s son and is even using coupons for dinner. (Ed. note to set the record straight – Bullshit. It happened once).

He’s been hiking up in the Red Rock Canyon. Who is this guy?
  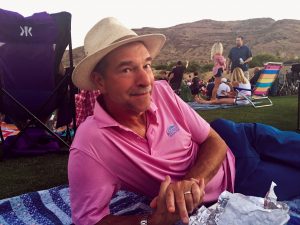 He is so happy that sometimes he just says so right out loud, like Nixon talking to the White House paintings. Even the back-to-back days of earthquakes we had this weekend didn’t dampen him. He said the trembles felt like our wedding night all over again. The kiss-ass. All I remember about August 17, 1991 was falling asleep.

I know what you’re thinking:  “but what about YOU, Andi?”  Well – It’s an adjustment, to say the least, when you go from having the house to yourself all day, then…not.  We moved away from our social circle and everything else familiar.  Retirement/relocation is starting your life all over again, not just geographically but maritally.  We’re together all the time now, and we realized that boundaries and commonalities needed to be identified and (re)established.  Turns out we like being around each other after all and share a common goal of cramming as much fun, laughter, love and happiness into the rest of our lives as humanly and financially possible. (Ed. note-Finally factual).

Living in Vegas — Summerlin, in particular — makes it a piece of cake. We are far enough from the hustle of the Strip that if we want it, we go. Otherwise no thanks.  We are both beyond grateful for our life here and each other.

Why didn’t we do this ten years ago?

(Ed. note in full disclosure – we couldn’t afford  to retire).