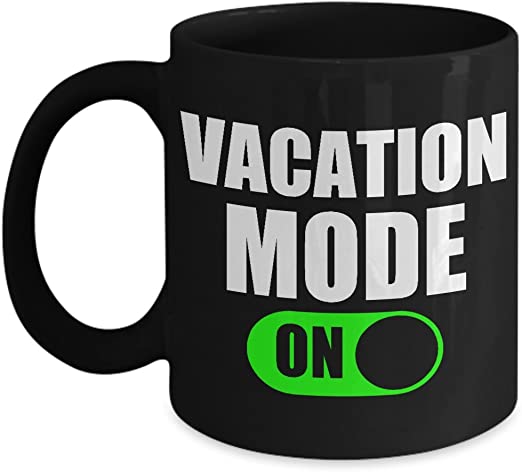 It’s time for the Sunday Morning Coffee summer hiatus. Take some time off, regroup and as we old guys say, get the lead back in the pencil. But before we go, let’s clean-up some loose ends:

Happy belated birthday America. Is this really the way you thought we would look and feel in 2020?

No doubt Joe Biden subscribes to that ancient political wisdom to never interrupt a man while he is destroying himself. And every day Trump does or says something to poke himself with an ice pick and put another dent in his re-election armor. But don’t trust the political polls to give you a read on November’s contest. They’re misleading. Polls are opinions and not necessarily voters. Ask Hillary and the 2016 Dems, who still haven’t collected all their Inaugural Ball cancellation refunds, about polls. For me, the betting odds are more reflective as players put their money behind their convictions. My concierge handicapper, Barry ‘The Bank’ Lieberman, tells me the smart money the past three months has been steadily pouring in on Sleepy Joe. Prior to the Chinese flu, Trump or “sir’ as he prefers to be called, was the 7-5 favorite to retain his window seat on Air Force One. Today Lieberman says the offshore sportsbooks have Biden the 17-10 favorite. Simply, if you want to win $100 on Biden being elected, you have to lay $172 to win the hundred. If you believe Trump will once again surprise, then your $100 wager wins $157. According to Barry The Bank, “I don’t see Trump recovering, I think the independents have left him. However, the odds are not symmetrical as Biden can make some huge gaffes before November and his health is a question mark.” For me, I’ll watch the numbers on the odds board after each of the three debates. Trump will be swinging; Biden bobbing, weaving and ducking to not get caught by a right hook. Before it’s over this will get closer, rather than more lopsided. Which is why if I were wagering today, which I’m not, I think there is slight value in Trump as the ‘dog.

Someone not wagering on ‘his honor‘ is billionaire Peter Thiel, a venture capitalist and co-founder of Pay Pal. According to the Wall Street Journal Thiel, who donated $1.25 million to the Trump campaign in 2016, doesn’t plan to donate at all this time around calling the re-election efforts the “S.S. Minnow.” Like the Gilligan’s Island ship the president, too, has run aground in Thiel’s view.

Two months ago, before Nevada reopened its Strip hotels, casinos and restaurants, the rate of COVID transmission in the state was a very manageable 0.77, meaning for every new case of COVID diagnosed, it spread to less than one other person. Over the past month, since the Strip has reopened, that number has jumped to 1.56, highest in the country. With a steady influx of people from everywhere, it’s logical. Nevada’s high transmission ratio is followed by Wyoming, Florida, Idaho and Hawaii. Lowest in the country are D.C., Connecticut, Massachusetts, New Jersey and Rhode Island. Experts say if the transmission number is below one, the virus will stop spreading. Anything above one will cause it to spread quickly. Truly, one is the loneliest number since the number one.

I hope it’s wrong but local buzz indicates some Vegas properties will voluntarily shut back down after this holiday weekend.

COVID numbers have caused the National Hockey League to look for another site for its playoff tournament. Las Vegas was considered a sure thing prior to the latest outbreak. It’s a big economic blow for an area that right now needs an infusion.

The Onion reports after years of resistance, the Washington Redskins have finally agreed to change their name. They will become the D.C. Redskins.

American Airlines, joining United, attempting to fill every seat on its airplanes is just downright irresponsible.

Southwest, Delta and JetBlue have agreed to limit capacity through the summer. Kudos.

Hot weather is supposed to be effective for containing the virus, eh? I call bullshit.

Here’s a sign of the times: Empire Haven, a nudist resort in upstate New York, has made face masks mandatory. I hate when that happens.

With the signing of Cam Newton, the Patriots have two former Auburn quarterbacks – Cam and Jarrett Stidham – squaring off for the top job. War Eagle.

And as long as we are in the SEC how about Auburn’s cross-state rival, the University of Alabama, whose students started the COVID Game. The rules are pretty simple. Everyone puts money into a pot and then everyone touches all the bills. The first one to contract the virus wins the cash. Alabama leads the country in national football championships and stupidity. Roll Tide.

Back to Auburn. Former head football coach Tommy Tuberville is holding a slim lead over Jeff Sessions in the July 14 Republican U.S. Senate runoff election to challenge Democratic incumbent Doug Jones in November. The seat formerly belonged to Sessions who gave it up presumably while he experimented with LSD to become Trump’s attorney general. We know how that one ended. Tuberville has linked his candidacy to Trump in a very, very red state. Trump has endorsed Tuberville while dissing Sessions, to no one’s surprise. The winner of the runoff is expected to win the seat back for the Republicans against Jones who had the fortune of running against wacko Roy Moore when Sessions moved to Washington. The difference just may be if Crimson Tide backers can support an Auburn coach.

I hate that the Dixie Chicks have changed their name to just The Chicks. Damn, what am I going to do with all my old tee shirts and posters?

Is it just me or does anyone else believe the NHL and NBA trying to resurrect their seasons is like driving into the third turn at Talledega without steering or brakes?

It looks like the Ivy League will announce this week they are moving their college football season to next spring. Will others follow?

So much for the 1997 handover agreement between Great Britain and China that ensured Hong Kong would remain autonomous from Beijing until 2047. That was a quick half century.

World’s greatest athlete? It’s time to make a case for Joey Chestnut, who on Saturday won his thirteenth straight Nathan’s Hot Dog Eating Contest and set a world’s record en route. Seventy-five dogs and buns in ten minutes, breaking his old record by one. The runner-up, a bit of a weenie, ate a very pedestrian forty-two. It’s an accomplishment Joey should relish.

Who hasn’t been touched at one point in life by a Carl Reiner comedy? Mr. Reiner, gone last week after 98 hilarious years. True, he gave us Dick Van Dyke but even better than that to this kid was Laura Petrie. Oh my. And a few days later we lost Hugh Downs at 99. Mr. Downs was the longtime face of The Today Show and “20/20” but my generation probably knew him best for three words – “Let’s play Concentration.” Two icons of the business whose influence will never be diminished.

And then there’s baseball, which like our President is doing a wonderful job killing themselves. Social distancing rules will not allow all the players and coaches to be in the dugout at the same time, so some of the players will have to sit in the stands. For the Miami Marlins that will be a crowd.

If baseball can stay healthy and play through the abbreviated season, there is a sense of urgency to win in a sixty-game schedule that doesn’t exist in a normal 162 game campaign.

This one surprised me —  the longest playoff drought in American professional sports belongs to the Seattle Mariners, who have not tasted the post season since 2001.

It’s been four weeks since I’ve had a hole-in-one. I’m getting restless.

Looking for interesting television? Give The Plot Against America, a six-parter streaming on HBO, a look. Good stuff.

If you can access the July edition of Sports Illustrated with the cover story, written by the very talented Tom Verducci, entitled “Love, Loss, Baseball,” that uses a baseball backdrop to compare the 1918 World Series between the Red Sox and Cubs during a pandemic with the similarities of today, it’s an absolute classic.

Last Tuesday marked two years since I retired from corporate America and despite what some pundits predicted I’m not bored. It’s hard to be bored when you are busy and happy.

I told myself I had no interest in this year’s upside-down Triple Crown but there I was in front of the Samsung watching the Belmont. The winner, Tiz The Law, is the real deal and will be tough to beat, especially with the added rest between Crown races. Right now, I like Tiz’s chances better than Trump’s.

In baseball it’s a tip of the cap. In hockey, a tap of the stick. I’m not sure what the proper acknowledgment is in blog writing, perhaps a knock on the keyboard. But whatever it is, I couldn’t do this each Sunday without the help of Cathy Dorricott. In another life, long ago, we lived next door to each other during my senior year at the University of Miami and then, as things go, lost touch for the next forty. Somehow we reconnected and I asked Cathy to put her language degree to work and do some preliminary editing of my second book, Big League Dream. She did such a good job that it got her into trouble — she now edits Sunday Morning Coffee every week from her Philadelphia living room. I really couldn’t do this without her expertise, insight and creativity. She treats it as her own. Gratitude my dear friend and thank husband Tom for his patience. I promise I’ll mail the check as soon as the Mariners make the playoffs.

And to our readers thanks so much for sharing part of your Sundays with us and for all the great comments we’ve received. The comments, except for the bad ones, are appreciated more than I can express. You can do us a favor; if you know anyone you think needs something to pass a few minutes each week refer them to royberger.com or our Sunday Morning Coffee Facebook page to subscribe. For every referral we will send you an ‘Andrew Yang for President’ campaign button. Ideally, we would like to find a corporate sponsor or two and the more readers the better.

And finally, we take our summer leave but not without this gem: Last week in an Indiana community there was a ‘defund the police’ rally. These days that’s not unusual. What made this one a bit different is the protesters feared for their safety and asked for a police presence. Honest. Can’t make some of this stuff up.

Have a great summer. Be safe, be healthy and be cool.