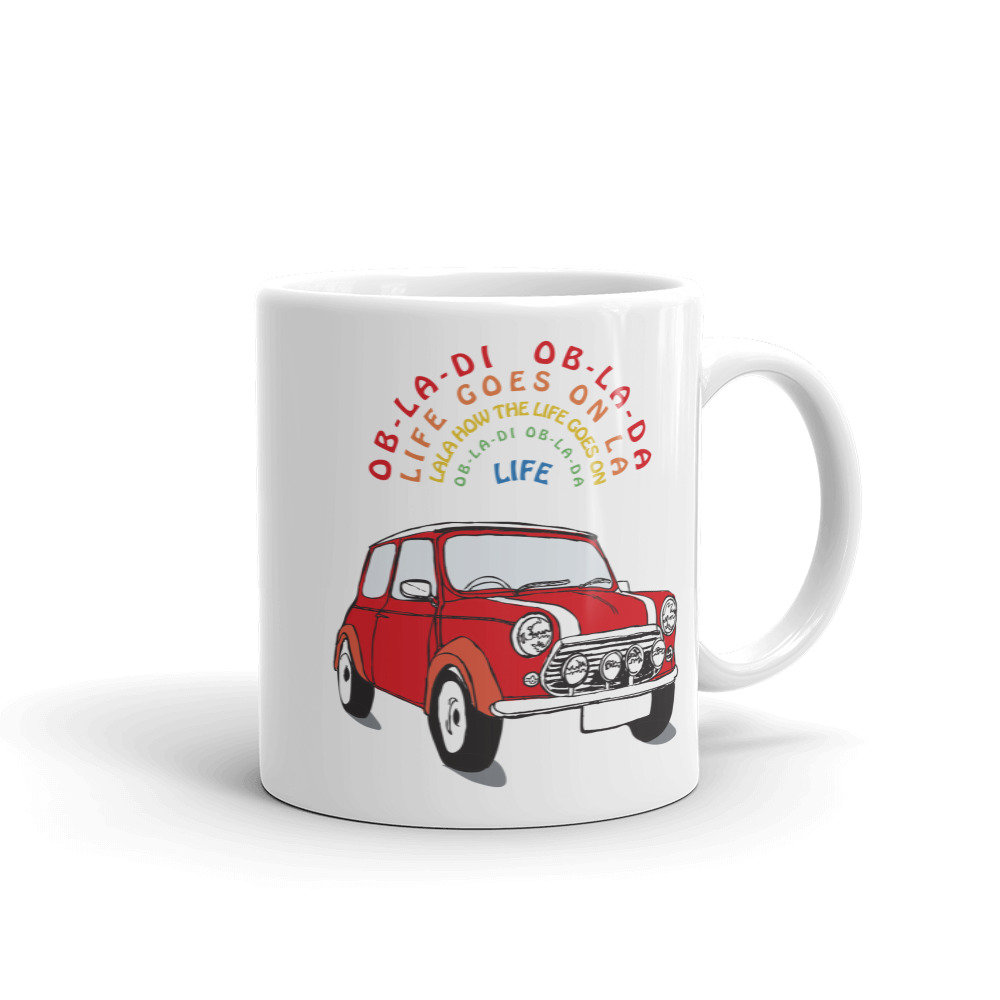 Iconic is one of those buzz words that gets tossed around too easily these days like respect, legend, warrior, represent, and covfefe.

If you use iconic to define someone as a ‘symbol’ then I’m very comfortable calling Paul McCartney the musical icon of my generation.  A week ago Saturday night, between his set leadoff of ‘A Hard Day’s Night’ and ‘All My Loving’ in the number three spot, I was certain he was not only British royalty but also iconic in every meaning of the word.

The Beatles were the symbol of music to us Boomers.  That’s neither breaking nor fake news.  We were too late for Sinatra’s prime and Elvis was a few years before us, but in 1964, when I was only eleven, The Beatles got all the screams.  It began in February ‘64 on Ed Sullivan’s Sunday night big show just months after the assassination of JFK.  Like my longtime chum Joe Allen says, the Beatles on Sullivan was the official end of the country’s JFK mourning period.  Shiva was over.  Happy days had returned. Through the years the screams have tamed and turned mellow, but the adoration was never more apparent than in Las Vegas’ T-Mobile Arena as over 19,000 of us took every available seat to see the legend.

True Beatlemania was probably a two or three-year phenomenon stretching into 1966 before everyone got too stoned to scream.  I wasn’t on the Beatle bus when they first hit the States.  I was a counter-culture Dave Clark Five guy.  I was wearing a Ben Roethlisberger jersey at a Tom Brady fan club convention.  I smiled when the DC5’s ‘Glad All Over’ knocked ‘I Want to Hold Your Hand’ off the top of the British charts. Nobody but me, and I’m sure Joe Allen, remember that DC5 was the second Invasion band to appear on Ed Sullivan, three weeks after the Beatles.

I didn’t really care when our junior high school’s G.O. raffled off two of the toughest tickets ever for the Beatles Shea Stadium show in August 1965.  I didn’t care for a couple of reasons: I was away at summer camp, and I was a DC5 guy.  However, I do remember the tickets were won by a kid named Richard Streit, who wasn’t very popular at Clarke Junior High for some reason.   When he showed off the ducats someone grabbed them and ripped them apart.  I hope Mr. Streit is at our 50th class reunion next year so I can find out if he ever got them taped up and went to the show.

Fifty-four years later I finally got my McCartney moment by paying more for a ticket than it cost my parents to send me to eight week sleep-away camp in that summer of ‘65.  McCartney and John Lennon were the face and personality of the band.  George and Ringo were more of a cult following.  With two of the group now gone, and with all respect to Ringo and his ‘It Don’t Come Easy’ and ‘The No No Song,’ Sir Paul remains iconic.

If you haven’t seen him, make it a point.  He’s seventy-seven years old and can’t keep doing this forever, or maybe he can.  One set, three hours and ten minutes with no break, thirty-eight songs, that’s right 38, and some wonderful historical by-play with the audience before almost every tune. A fond tribute to George and John mixed in.  A wonderful night.  And if you closed your eyes during ‘I Saw Her Standing There’ you probably could see Eddie and Topo Gigio right there to the side of the stage giggling with the royal icon. 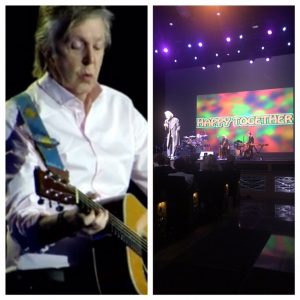 Aerosmith’s Steven Tyler said he drove down from his Boston home to the 1965 Beatles Shea Stadium concert. That has no historical importance at all other than being a cool way for me to transition into Andi and I having seen Aerosmith five nights before McCartney.  They are, as Andi tutored me, the American ‘Stones.  Great show but these relative kids only did an hour and forty-five minutes on stage, not the three and change we got from Paul.   Our musical fortnight ended this weekend with a 60s oldies show that included The Turtles, Gary Puckett, The Cowsills, The Classics IV, the Buckinghams and Chuck Negron of Three Dog Night.  It was fun with some great memories but by no means iconic.  If Dave Clark would have been there, it would have been iconic.

Word is getting around our golf club out here that I just might be the guy to play with. Not because I’m an easy mark for cash (which I am) or because my game is so good I’m going to raise yours (which I won’t) but because prior to moving to Nevada the only holes-in-one I ever saw was on CBS with Jim Nantz telling me about them.

Twice in the last three weeks, my playing partners have scored aces.  I’ve never seen one live before and now I’ve seen a pair. 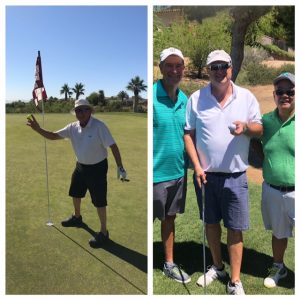 Craig Caplin notched his on a 155-yard tough uphill par three with a five iron.  Ironically, he didn’t belong to our hole-in-one club which rewards the eagle with $500 in pro shop cash and drinks for the whole gang.  Like he said, “I never planned on getting one so I never thought about it.”

Stuart Mann, eighty-years old, did get his credit and drinks comped with his 133 yard, eight iron right into the center of the cup.  It was his second lifetime ace.  And the small world got smaller as I later found out Dr. Mann was the dean of UNLV’s School of Hospitality when my son Scott graduated from it in 2005.

Please don’t downplay my role in either one.  Because of cataract surgery a year and a half ago I was the only one in both groups that saw the shots fall into the hole.  And I wound up taking the pictures they texted across the country.  It’s not much to brag about but when you can’t do it yourself, at least it’s something.

Finally, as you (hopefully) enjoy your Sunday Morning Coffee with breakfast at Wimbledon, I’ve mentioned many times in this space how tough it is being a New York Jets fan. Well, a New York Knicks supporter is no barefoot romp through the meadow either.  The Jets haven’t won since 1970 and the Knicks not since 1973 and it’s a strong ‘under’ bet either will win again in my lifetime.   If I play enough golf, I have a better shot at getting my hole-in-one before I die than seeing the Knicks or Jets win.  And if you’ve seen me play you know how much of a long shot that is, too. 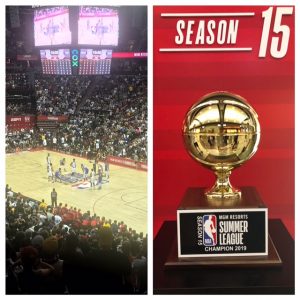 The Knicks and Pelicans tipped off to a full house. The Summer League gold ball is another one that won’t find its way into the Madison Square Garden trophy case.

So when the Knicks are installed by Vegas sports books to be favorites to win a championship, no matter what it is, you go if you can.  The Knicks were the choice to win the NBA’s Summer League, a ten day tournament among all thirty NBA teams, held here on the campus of UNLV.  It ends Monday night. The Summer League rosters are made up of draft choices, free agents and a select few that have experience playing pro ball in Europe and the NBA.  However, a championship is a championship, especially for the Knocks.  Oops, Knicks.  The Knicks had more guys with NBA experience playing than anyone else in the field, supposedly giving them an edge. Legal pot can do strange things to a bookmaker’s mind.  My son Jason came in from LA for the Knicks opener last Friday against number one draft choice Zion Williamson and the New Orleans Pelicans. The game was sold out with 17,500 on hand.  That’s more than the Atlanta Hawks drew all last season.  The Knicks were five point favorites in the game.  They opened up a twenty point second quarter lead.  I told Jason the only way they could blow this was if an earthquake hit.  With nine minutes left in the fourth quarter and the Knicks now down by six, the quake registered 6.4 on the Richter.  The game abruptly ended.  The pre-tournament favorites finished 1-3 and were eliminated before the playoffs.