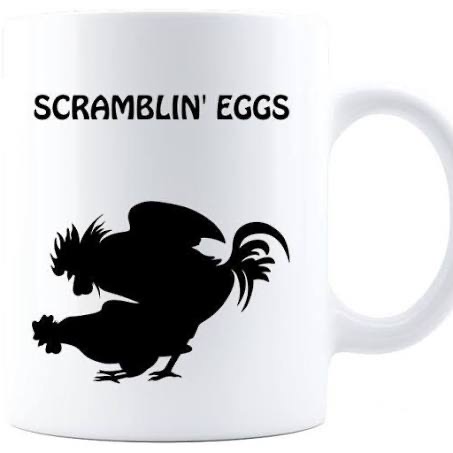 That three week SMC break seemed like forever, didn’t it? To me it did, anyway. And thank you to everyone who said they missed their Sunday Morning Coffee with their Sunday morning coffee. Okay, thank you for saying it, Andi.

We’ve had time to accumulate a bunch of must read stuff. So, even with the inflated price, we put an extra egg in the pan, made a larger pot of Chock Full o’Nuts and now let’s scramble for the first time in the new year:

Miraculously Buffalo Bills safety Damar Hamlin is back home after avoiding near tragedy in his widely viewed and publicized in-game accident on January 2. Last weekend Josh Zumbrun of the Wall Street Journal did a piece on injuries in professional sports. You’ll be surprised to learn that of the four major professional sports, the NFL is last in on-field injury rates. The study spanned 13 seasons, from 2007 to 2020, and revealed per 100 players the most injury-prone were in the NBA with 72.9 of every hundred ailing at one point or another during their season. Baseball was next with 42; the NHL at 38.8 and the NFL with a much shorter regular season than their professional brethren ‘only’ at 30.8. The flip side is the NFL led in concussed players with 3.5 of every hundred followed by hockey at 3.2 then hoops at 1.7. Baseball is the safest for head injuries at less than one percent.

Guitarist Jeff Beck died the week before last at age 78. In 1969 the Jeff Beck Group was slated to play Woodstock; their scheduled appearance was well publicized. A few days before the conclave Beck got on an airplane and flew back home to the U.K. and didn’t return. Beck tells the story that he looked at some of the other bands appearing on Max Yasgur’s dairy farm, and he didn’t believe his group was worthy of the gig. Others say he got word his wife was regularly having a few pints at the local pub with another bloke and left on the spot. Either way he never told the other members of the band he was leaving. Their lead singer at the time was a chap named Rod Stewart.

Crosby, Stills, Nash and Young, one of my all-time favorites, did keep their Woodstock commitment even though they didn’t get on stage until 3 am on closing night/following morning. On Thursday we lost the talented and complicated David Crosby at 81.

I’m guessing you’re not waiting on Ticketmaster’s on-sale date to grab ducats to the rumored comeback of Bill Cosby. Who can possibly believe this is a good idea except for the delusional Cosby? He told the LA Times, “ There’s (still) so much fun to be had in this storytelling that I do.” He’s also probably negotiating with Harvey Weinstein to be his opener.

I did a double and then triple take when I read about a subway accident in Mexico City. Quoted was Mexico City mayor Claudia Sheinbaum, a name I might have associated with being mayor of Delray Beach or Boca Raton, but not Mexico City. And yes, she fasts on Yom Kippur.

How about Georgia quarterback Stetson Bennett leading the ‘Dawgs to college football gold the last two years? Bennett, for all he accomplished winning back-to-back titles and a Heisman Trophy finalist, will never be inducted into the College Football Hall of Fame. To be eligible you must be a first team All-America selection something the writers and coaches never deemed worthy of a guy who just goes out and wins.

I’m a Nick Saban guy but I always find it amusing and hypocritical when the Alabama head coach winds up on the set of ESPN offering commentary. He was perched behind the national championship television desk during the Georgia-TCU championship game on January 9. Saban is known as a curmudgeon with the media during the regular season but there he was grabbing a payday with a forced smile.  Maybe just auditioning for the next career chapter.

While we are talking curmudgeon head coaches, remember Woody Hayes of Ohio State back in the 70s? In 1974, the year he slugged a Clemson player and was later fired, he was paid $27,000 to lead the Buckeyes. This year, Ohio State’s Ryan Day made $9.5 million.

If you are looking for a cocktail party conversation ender try this one: Did you know that we are born with 270 bones in our bodies but by the time we become adults that number narrows to between 206 and 213 with some bones fusing together over time? If that doesn’t clear the room then note that the 60s and 70s R&B group the O’Jays were named after Cleveland disc jockey Eddie O’Jay who first agreed to play their music. By then, you should be all alone.

Some of this stuff is really getting to be looney tunes. As a result of a letter writing campaign, the Department of Transportation has issued an edict to all domestic airlines, informing them that passengers with food allergies be allowed to pre-board so they have enough time to wipe down their seats and tray tables avoiding possible contamination from passengers on the previous flight.

Maybe it was just a packing oversight, but of the 6,542 firearms that were confiscated by the TSA at US airports last year, 88% which were loaded, one in Fort Lauderdale was found inside an uncooked chicken and two at JFK in jars of peanut butter.

I watched all of the Harry and Meghan stuff I care to see. And one thing you can say about Harry is he doesn’t just burn bridges, he torches them.

Speaking of Harry’s novel called Spare, that leads us to strikes and spares, another staple from our childhood, like transistor radios and Princess phones, that’s about to hit the graveyard of memories. As a kid I was always mesmerized by automatic pin setters in bowling centers. I never could figure out how it worked, and I never got to go behind the scenes, one of the great misgivings of a deprived childhood. Now the costs are too high to maintain the equipment and away it will go. Those old sweeping arms that shoved the AMF or Brunswick carnage into a rear hole and magically reset pins are being replaced by bowling pins on a string that will pop-up like a marionette after the frame is completed.

Bad news and good news about a couple of 1950s icons. Gina Lollobrigida died on Monday in Rome at 95. When we were tykes, she was dubbed by the media as “the most beautiful woman in the world.” Next to our mothers, of course. And happy 96th birthday a week ago to Gypsie Ann Evarts Stell, better known to Adventures of Superman fans as Phyllis Coates, the first Lois Lane. She played Miss Lane in the series first season, 1952, ultimately yielding the role to Noel Neill because of a scheduling conflict. Ms. Coates is the last surviving member of the cast.

American-born Maria Branyas Morera who lives in Spain became the oldest known living person in the world this past week when Lucile Randon died in southern France weeks before her 119th birthday. Ms. Randon, born in 1904, lived through both world wars and recently survived Covid without even realizing she’d been infected. Now Ms. Morera, a spry 115, sits atop the birthday cake.

And speaking of old people, love him, like him or don’t care for him, you’ve got to give LeBron his due. Since he turned 38 on December 30, and clearly playing a younger man’s game, the King has averaged 37 points, 10 rebounds and almost nine assists per outing. That is damn impressive.

Has anybody seen a Titleist 3? A 58-year-old woman in Brevard County, Florida, near Melbourne, was arrested for driving a golf cart in the center lane of I-95. It probably didn’t help her case with the Highway Patrol that an open bottle of Jack Daniels was in the cup holder.

Does George Santos taking the oath of congressional office really mean anything?

I’m not sure if he said it or not, but I can just hear it. Donald Trump’s response to classified documents being found at Joe Biden’s office and home might have been, “Yeah, but I had more.”

I had a good football season winning three of my four season win total bets. Not so fortunate were those who had Buffalo over 11.5 wins and Cincinnati over 9.5. Even though the Bills won 13 and Cincy 12, most Vegas sportsbooks declared it ‘no wager’ as the teams, due to the canceled game on January 2 because of the Hamlin injury, didn’t play the full 17-game schedule. All bets were refunded. The loud roar you heard was everyone who played ‘under’ the totals as those also were refunded.

And football bettors who follow trends had to be all over the New York Football Giants on Saturday night as 7.5 point underdogs at Philly.  The Giants were a league best 14-4 against the spread for the season.  Now make that 14-5 after a 38-7 drubbing.

Finally for the Vegas Sunday Morning Coffee readers how about doing a rookie synagogue president a favor? Buy a couple of tickets to our Temple Sinai fundraiser on Saturday night, February 4. I mean really, what else is there to do in this town on a Saturday night? The 7:30 pm show, in the Performing Arts Theater of the Clark County Charleston Library, will feature the incredible show biz talent of former ESPN personality and seven-time Emmy Award winner Roy Firestone along with the comedy of Lindsay Glazer. For a clip of Roy’s act go to royfirestone.com and hit ‘The Performer’ preview. There are still some tickets remaining. Go to https://templesinailv.org and ‘Menu’ then ‘Special Event Roy Firestone’ for reservations. And if you can’t make it or live elsewhere and still want to support the cause, it’s okay to buy a ticket or two and give it back to us to use. The IRS says it’s deductible to the extent of their regulations, whatever that means. Originally, I planned to use all revenue from the show for my continued retirement once this presidential gig ends, but instead decided a better idea might be for the kids in our religious school and continuing adult education. Feeling benevolent this morning? Go ahead and buy a ticket or two. I’ll owe you one.

It’s good to be back. See you again on Super Bowl Sunday when the Cowboys will beat the Chiefs.