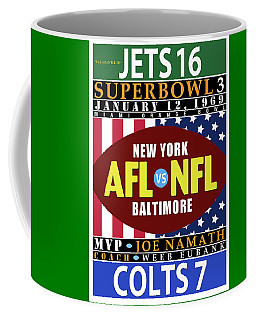 Do you remember when the Super Bowl mattered?

No, not you twenty, thirty and forty-year olds. I’m talking to my boomer class, the ones like me who will struggle, especially in the eastern and central time zones, to stay awake long enough to see the confetti fall. No matter the score, it will be a super yawn come the fourth quarter.

The games just don’t move me the way they used to. Sure, I’m getting old but with age comes life perspective and whatever happens tonight, whoever wins or loses, I’ll still have a Monday morning staff meeting tomorrow. My mood might be a little better if New England gets beat but either way, the Pats or the Eagles, life won’t be changed.

Not so long ago things used to revolve around that one Sunday in January. Yes, the games used to be played in January, closer to the 15th than not. I remember the first ones — games one and two, before the Super Bowl tag, instead it was the AFL-NFL World Championship Game. The two leagues, bitter rivals for seven years, finally agreed to merge into one which set the stage for a true championship contest. The first two games were the varsity vs. the JV. The Packers were the NFL varsity in 1967 and ’68 and easily dispatched the AFL step-children who wore Chief and Raider costumes.

The Jets were there in year three, 1969, the first game officially called the Super Bowl. That one mattered to me. A lot. The greenies were an eighteen-point underdog to the mighty Colts, who were still in Baltimore. But we had Joe Namath and Emerson Boozer and Mat Snell and Don Maynard and Sherm Plunkett and they didn’t. And we beat your sorry NFL asses 16-7, three numerals forever etched in the mind of every Jets fan. And we knew we would be back every year because we had Weeb Ewbank coaching and nobody else did. Okay, maybe we’d be back every year in spite of Weeb. Who knew it would be the beginning of a forty-nine year rebuilding plan that is further away from the Super Bowl today than when it started?

The fourth Super Bowl proved the previous year was no fluke when Kansas City made the American Football League proud once again by pounding Minnesota.

I’ve been to four Super Bowls; the first I attended was the following year in January, 1971, Super Bowl V, at the Orange Bowl. I was a second semester freshman at Miami and a Dolphin season ticket holder in Section C. My ticket partner at $8 a game was fellow freshman Sean Gallagher from Philadelphia to whom, I assume, today’s game does matter. Sean was an Eagles fan, or “Iggles”, as he called ’em. With little demand for the game, and the networks not wanting empty seats, Super Bowl tickets were offered to all Dolphin season ticket holders for $15 a pop. We bought two.

It was Dallas vs. Baltimore and we rode the bus the six miles from Coral Gables. Our seats were in the upper deck of the Orange Bowl’s west end zone. In the Orange Bowl, the end zones weren’t designated by direction, but whether it was the end zone with the pool Flipper frolicked in, or the other one. We were in the other one. The game was sloppy but close. It ended on a last second field goal to the non-Flipper end zone. The final was 16-13. I think Baltimore won. Maybe it was Dallas. Nope, Baltimore. But what I can remember is a linebacker, Chuck Howley, was chosen the MVP which gives you an idea of the offensive firepower of both sides. And Howley was on the losing team, the only time an MVP came from the runner-up. The Southeast Missouri State marching band was the halftime show. It just didn’t get better than that for fifteen bucks.

The Dolphins were in the ’72 game in New Orleans and we slept overnight on a dirt field in front of the Orange Bowl box office to be in line for tickets at 9:00 the next morning. Understand, the neighborhood the OB was in wasn’t safe at high noon never mind in a sleeping bag at 3 am. We slept with both eyes open. We got four tickets and that entitled us — me, my girlfriend and friends Jeff and Carol, to drive twelve hours from Miami, up the middle of the state, into and across the panhandle and finally the Bayou to be there.

The all-night trek was awful. We were in a beat-up van that looked like Julie, Pete and Linc’s ride. I think there was a pot plant painted on the side. The good news is somehow the law never saw us.

Jeff and I switched driving every two hours. When I drove, the back of the van shook and rumbled so much I might as well have been driving on gravel. There were more strange noises and sounds coming from back there than a constipated ninety-year-old on the toilet. When my girlfriend, who shall remain nameless — Beth — and me were in the back it was like sitting in the library. I was with the only 19-year-old coed at The U who had never been touched.

Game day, January 16, 1972 was freezing cold in New Orleans. Game time temp was 39 degrees, the coldest Super Bowl ever, and it seemed even colder sitting in the concrete stands at the old Tulane Stadium.  The only thing more frigid was the van ride. The Dolphins were never in the game, losing 24-3 which made the 900 mile drive home seem that much longer. Even Jeff and Carol were tuckered out. Tickets for that game were the same $15 as the year before. I asked Beth for the money back when we got home. Was that wrong?

Two other games filled out my Super Bowl resume. In 1989, Dad joined me in Miami for a great game between Cincinnati and San Francisco made extra memorable not only because I was with my father but the game was so good we stayed until the end. Truly a father-son bonding moment. For the 2006 match-up in Detroit between Pittsburgh and Seattle, my brother MIke won the tickets in a corporate sales incentive contest and when my brother Kenny turned him down, I was next on the list. Kenny asked me not to tell Mike I knew that he declined and I wasn’t the top draft choice. Okay, I won’t.

In the 70s and 80s, as a twenty-something in Miami, watching games was fun. The games started on Sunday afternoon at 2 pm, the way they should. I watched with my old running mate Al Birnbaum and the games mattered because we didn’t bet with our heads but way over it. The result would determine whether we had enough money to live high with veal parmigiana and a salad or we were relegated to just spaghetti and meat sauce that night at Cataldo’s.

However, there is one really good thing about the Super Bowl. When it mercifully ends it means there’s only nine days left until pitchers and catchers report!