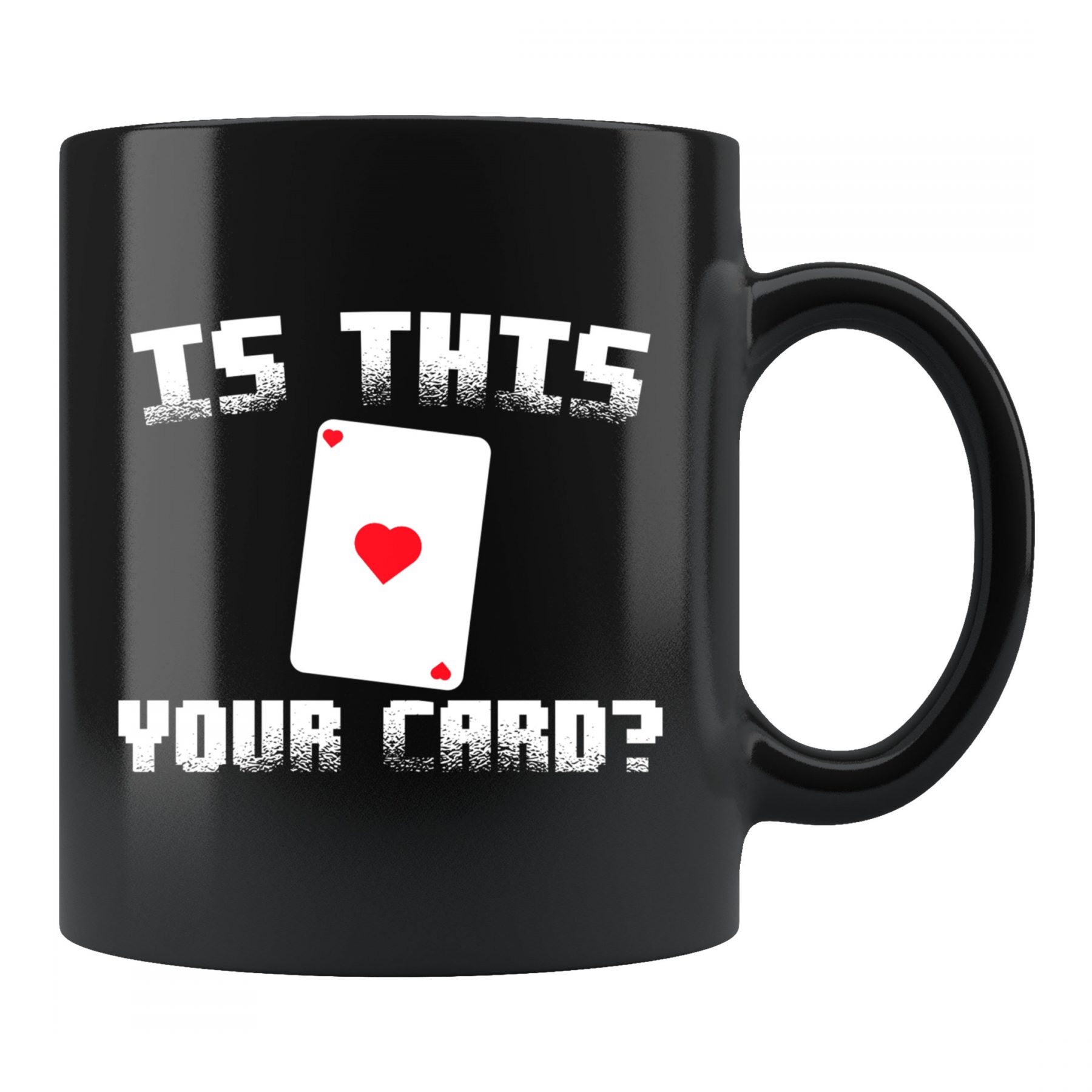 Las Vegas, Nevada — The late, great sportswriter Jimmy Cannon, whom I was fortunate enough to read near the end of his career in the New York Journal-American, was the originator of what today is known in the newspaper business as a “notes” column; a compilation of miscellaneous, usually irrelevant, thoughts. Cannon called his column “Nobody Asked Me But…..” Well, nobody asked me either, but this stuff has been stacking up and it’s time to clear the desk:

“They’re part of the act”; repeat it about ten times and welcome to my night a week ago Friday at The Mirage. Andi wanted to see someone by the name of Shin Lim, a slight-of-hand magician, who sounded more like a wall chart in an orthopedic office. I never heard of ole Shin and after telling others about him, I wasn’t in the minority. Everyone Shin brought up on stage, every successful trick he pulled, Andi would stage-whisper to me “They’re part of the act.” That was until he got to me. We were three rows off the showroom stage on the center aisle. He came over, knelt beside me and with a new deck of cards asked me to pick one. He said to show it to him. It was the ace of clubs. He told me to write my name on it. He then folded it into four sides, handed it back to me and then picked one for himself, the three of spades. He wrote his initials on it and folded the card the same way. He told me to put mine into my mouth. I followed instructions. He put his into his mouth. We then conversed in blubberish with our mouths full of cards for a few seconds. He asked me to remove mine and look at it. Of course, it was the three of spades. He took my ace of clubs out of his mouth. I looked at Andi and said, “I ain’t part of the act.” That put an end to that conspiracy theory. 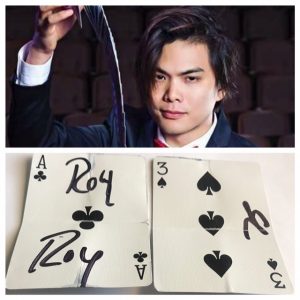 Shin and the cards he plucked from our mouths

Donald Trump — like him, loathe him or indifferent, we all know who and what he is. However, if I’m ever lost and looking for the High Road, I won’t ask Nancy Pelosi for directions.

And speaking of our president on Presidents Day weekend, he might think he is the most powerful person in America but he’s wrong. Bob Slay is. Bob Slay? He’s from Cary, NC, and Tuesday night, for fifteen minutes, was the most powerful man on earth. He was selected to be the “Best in Show” judge for the Westminster Kennel Club show at Madison Square Garden. Slay is sequestered, probably in the Knicks laundry room, for the entire night until the seven breed winners are paraded out to face off for all the treats. And the winner is his opinion and his alone. No House, no Senate, no checks and balances, though that stuff doesn’t seem to matter much anymore. His honor eyes each finalist, makes them do a courtesy strut and then grabs the blue ribbon and chooses a champion. Unilateral power. Enough to make the powerful envious. But Mr. Slay flat out blew it. For the first time since 1991 a standard poodle, Siba, was declared Best in Show.  Poor Siba. She looked a wreck. She has that two-buck Supercuts shave and haircut, the one where you don’t want to leave your kennel and be seen for about four months. The Garden crowd was too classy to hoot but everyone knew the winner should have been Daniel, the golden retriever. Daniel had the crowd chanting his name, falling on deaf Slay ears. Someone who was at the Garden that night posted when Daniel won the best in breed for the sporting group the night before to advance to the final round, the noise at the Garden rivaled 1970 when Willis Reed limped through the tunnel to unexpectedly play game seven against the Lakers. And if Daniel was not going to win it you probably could have made a case for Bourbon, the whippet; Bono the Havenese; Wilma the boxer; Conrad the Shetland sheepdog or Vinny, the wire fox terrier. Just not poor, Siba, who looked a mess. And our living room felt the same way. Ibis and Deuce, each with a little retriever in them, just rolled their eyes and went back to sleep when judge Slay selected Siba. I yelled, “I am never watching this again!” while Andi stuck to the script and blurted, “He’s part of the act.” Yes, we were incensed but Slay only had eyes for Siba and the botched haircut. Much appreciation to the one fan in the Garden balcony, who probably wandered in for a Rangers game, but put things in perspective and yelled, “No way, Slay, no way!” Amen. 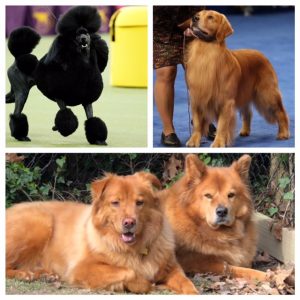 Poor Siba had to go out in public looking like that; Daniel, the retriever who deserved better and a piqued Deuce and Ibis when they heard the results

Hugh Downs, co-host of The Today Show and host/executive producer of TV game shows back in the day, my day, turned 99 on Friday. His voice still resonates loud, “Let’s play Concentration.”

Here’s one I’m sure you knew: in the pop/rock era there are more songs with Sunday in the title, 14, than any other day of the week. Saturday is a nose back with 13. The two forgotten days of the week are Wednesday and Thursday with zero.

Nothing in sports rivals the anticipation of a heavyweight title fight when the fighters enter the ring and wait for the opening bell. It’s been a long time—maybe ten, fifteen or twenty years— since we had a match-up of the big boys as appealing as Deontay Wilder and Tyson Fury set for next Saturday night out here at the MGM Grand. Alabama’s Wilder is 42-0-1 while Fury, the Brit-bad boy named after a certain ex-champion, is 29-0-1. The only blemish on each of their records was the incredible split-decision draw they fought back in December, 2018, a fight most would say Fury won. I have a little Deontay history seeing four of his early bouts in Birmingham, AL before he needed to move on to bigger stages for larger purses. Wilder is a slight favorite in this rematch. If he keeps his distance, I think he stops Fury. If not, he can get into trouble and has been lucky a couple of times to escape. Get-in ticket price on the secondary market is $800 for the rafters.

Four years ago, the only ice hockey action you could find in Las Vegas was wagering on it at Caesars. Three years ago, that changed as the Vegas Golden Knights of the National Hockey League were born and have become an instant smash hit on the ice, the box-office and in the community. Next October the valley will be home to two professional teams as the Knights will relocate their top minor league affiliate to town. Two teams in four years in a market of two million and the NFL Raiders opening hometown play at the same time. Ambitious? We’ll find out.

Am I the only one who can’t tear a piece of cling wrap off the roll without having all four sides bunch up?

My Valentine in red; overlooking the Bellagio fountain, and Mayfair dining entertainment

Valentine’s Day dinner Friday was at the new and acclaimed Mayfair Supper Club at Bellagio. It didn’t disappoint. Set just behind the famed Bellagio fountains, this prohibition-era styled club, only open since New Year’s Eve, fancied generous cocktails and good food with wonderful, easy entertainment as a backdrop. Highly recommend but bring a lot of cash.

A couple of months ago I ranted about how bad free throw shooting has become in college basketball. Last Wednesday night UNLV and Nevada-Reno did nothing to change my opinion. They combined to miss their first 11 foul shots. Together, for the entire game, they shot an abysmal 30-53 from the line. In perspective, the two teams shot 15-64 from three-point land which, I guess, makes the foul shooting look smooth. Of course, with aim this horrendous, the game painfully went into OT. It didn’t get much better with five extra minutes, either.

I’m disappointed in Nevada, California, Colorado and Florida. Those four states have removed parallel parking from their driving skills test. If New York had done that in 1968, I would have been driving months before I had to wait for a snowstorm and retake the test so the examiner couldn’t see the curb on my parallel park re-do.

It should have been Daniel.

And finally, sadly, the presidential aspirations of Michael Avenatti appear to have hit a speed bump. The less-than-slick, soon-to-be-disbarred barrister had hoped to ride Stormy Daniels’ coattails into the White House. On Friday a New York jury found him guilty of trying to extort Nike. It too bad because Avenatti was polling as well as Andy Yang. Now he faces up to 42 years in prison which means, at worst, he won’t be eligible for the Democratic nomination until 2064 when Mr. Trump will be completing his 13th term.