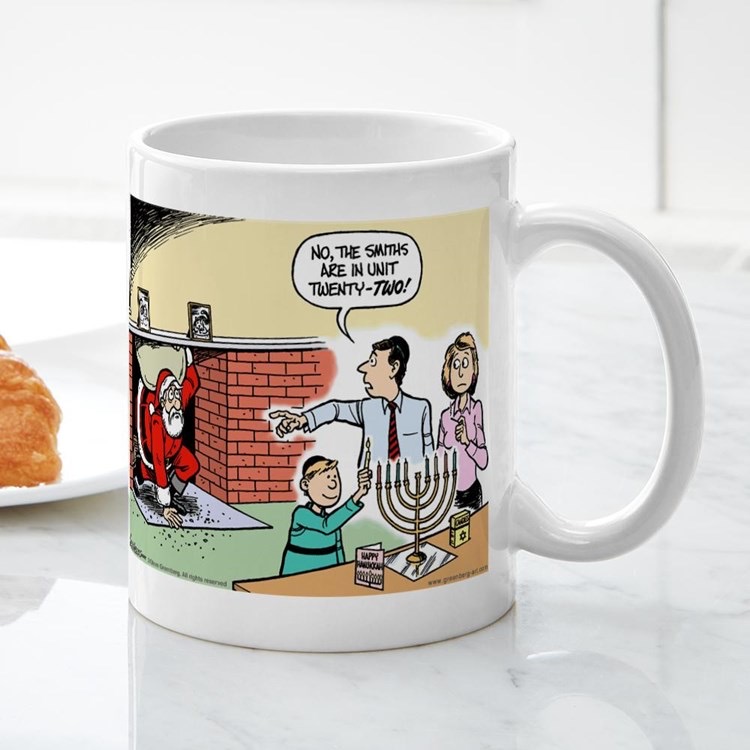 A very Merry Christmas and happy eighth, and final, day of Chanukah. Falling from the tree this morning is a stocking full of good-for-nothing tidbits, crashing to the ground and breaking open a wayward dreidel, producing this:

Even if you’re not a soccer fan, and I presume most aren’t, nor are you from Argentina or France, as I’m sure none of our SMC readers are, I hope you watched last Sunday’s World Cup final. It was the consummate sporting event pitting nation against nation in an intense, thrilling three hours of seesaw highs and lows. Other than ending on penalty kicks, instead of a sudden death overtime format, it was an absolute classic that will be talked about forever in countries where soccer matters.

Before we leave international football for the next four years, say a prayer for Pele, the Babe Ruth of the sport when we were kids. The 82-year-old Brazilian icon is hospitalized in São Paulo on ‘elevated’ care for cancer treatments. In 1,363 matches, Pele scored 1,279 goals. Read that again, slower, for full impact. Plus he took Brazil to the World Cup trophy in 1958, 1962 and 1970.  He was/is a world ambassador.

Next time a pundit tells you there’s no politician that can satisfy both sides of the aisle, ask them to watch Volodymyr Zelenskyy’s brilliant address to Congress last Wednesday night.

Still chuckling over the comment that the Britney Griner prisoner swap with Russia was the first time a trade of a WNBA player made the news.

Time for some personal full disclosure. After millions of actual flight miles flown on what the industry calls ‘legacy’ airlines, I’ll admit a few weeks ago I flew from Tampa to Las Vegas on Spirit Airlines. A $54 published one-way fare actually turned into $202 by the time I got done with seat selection, luggage and an unlimited inflight restroom pass. I prepared for the worst and was surprised. Not a bad experience at all and one I would probably do again if there were no other non-stop alternatives.

Happy birthday to the one actor who always made me smile when I saw him and still does to this day: Dick Van Dyke celebrating his 97th. A couple of old game show hosts just entered the bonus round with Wink Martindale turning 89 and Bob Barker, 99. Phil Donahue is 87. Dave Clark, from the Beatles era, was my favorite and he just celebrated his 80th. The one I’m struggling with is Billy Gibbons of ZZ Top turning 73, only three years older than me. I would have thought he was at least 105.

I have no idea why it crossed my mind, but do you remember the old Christmas Club bank accounts in the 1960s? The premise was you’d save/deposit a set amount of money each week for the first 50 weeks of the year and then get this huge windfall, including interest, on December 15 for holiday shopping. Deposit $2 a week and $102-$103 with interest awaited. For $5 a week you could get $255 for shopping. The big rollers threw in $10 a week for $510 or thereabouts. I remember taking my coupon book to the bank every week and counting down until I had all that cash back. And considering we didn’t celebrate Christmas, it was that much more money I had to bet at the horse track. Now, the concept seems silly. Then, it was revolutionary.

This year, if you were looking for extra holiday cash, all you had to do was grab your cell phone, open your local sports betting app and pick winners. In fact, maybe the safest bet ever was last Wednesday night when Iowa hosted Eastern Illinois in basketball. Iowa was a 30.5 point favorite. It’s been 558 straight games or 30 years since a favorite of over 30 points lost outright. If you didn’t want to lay the points and just take the express lane to the cashier’s window, then you could bet Iowa straight up on the money line of minus $10,000. That means to make $100 on the game you had to lay $10,000. Of course if you had $10,000 to plunk down, how important is it to make only $100? To score $1,000 in dirty Santa gifts, laying $100,000 gets you in the grab bag. In this case it was safe, if not easy, money. Iowa led at the half 45-37. Then something happened at halftime. Eastern Illinois became the Chicago Bulls. They shot 72% in the second half and somehow pulled the largest upset by a point spread in the last three decades winning 92-83. All of a sudden, for Iowa bettors, the Christmas Club sounded like a great holiday idea.

Of the four major sports all-star games, the NFL’s Pro Bowl is the only one that is played after the season ends and the only one that plays in front of empty stadium seats. There is a correlation as the players want to be a Pro Bowl selection but after a grueling season have no desire to actually play the game. Nobody wanted to play hard or tackle so, in reality, the game has turned into sixty minutes of touch football. This year the NFL has decided to change the format, upcoming on February 5, to a flag football event. I’m not making that up. At last look there weren’t any lines over at the Allegiant Stadium box office for tickets.

Small world gets even smaller. While playing baseball at the Pirates fantasy camp in Bradenton, Florida, a few weeks ago, I was at first base and gabbing with the umpire as I tend to do. Where you from? Me too. What town on Long Island? Me too. What high school? Me too. What year did you graduate? 1969. I was 1970. Ed Aber and I went to high school together. We bowled on the same bowling team. There is a picture of us standing next to each other in the 1969 Clarke High School year book. We hadn’t seen each other in 50-plus years. Sadly his eye sight has gotten progressively worse. It’s very common in his trade.

Mills Lane, the iconic boxing referee from back in the day, died on December 6 at 85 in his hometown of Reno. He was a two-term Nevada district court judge and later a television personality for three years in the late 90s. His words to boxers, ‘Let’s get it on’ meant it was fight time. He was the referee for the 1997 Mike Tyson-Evander Holyfield rematch at MGM Grand Garden in Vegas. Lane disqualified Tyson for biting Holyfield’s ear twice, but not before the referee’s shirt was stained with blood from the incident. And knowing when to capitalize, right after the fight, Lane sold the shirt off his back to a memorabilia collector.

If you didn’t watch season two of White Lotus, don’t blame me.

Back in the prehistoric days of baseball, the 1970s, the mythical Mendoza Line was born. It was a slap at shortstop Mario Mendoza who failed to hit over .200 in five of his nine major league seasons. The adage was, hit over the Mendoza Line and maybe you can salvage the 25th and final roster spot on a big league team. Hit below the Mendoza Line, there was a good chance you’d be out of baseball working as a paint salesman the next season. My how things have changed. The Pirates, a former Mendoza team, just signed catcher Austin Hedges to a one-year, $5 million dollar contract. In today’s baseball spending frenzy that doesn’t seem too unreasonable until you consider Hedges has a lifetime batting average, over eight seasons, of .189. That means failing more than eight times in every 10 tries and being rewarded for it with five mill. Then there’s Joey Gallo who on Tuesday finalized a one year, $11 million deal with the Twins. Last year Gallo hit .160 striking out just about half his at-bats. However, compared to Hedges, Gallo is Ted Williams with a lofty .199 career average. As for Mario Mendoza, maybe he didn’t make the money of Hedges and Gallo, but he has the plaque. Somehow his offensive ineptitude wasn’t enough to prevent his induction in the Mexican League Hall of Fame.

So, I bought the Donald Trump trading card set for $99. Then I found out they’re digital. Right now I have no idea how to clip them to my bicycle spokes.

I’m not necessarily a Washington Capitals hockey fan but I’m a big Alex Ovechkin fan. Not sure why but I always have been. His 802 career goals through Friday night, at age 37, put him second all-time in NHL annals just 92 off the record pace of 894 by Wayne Gretzky. Some things are time honored and signify greatness at an unprecedented level. Thus if Ovi never passes Gretzky that would be fine by me.

Arizona Cardinals football fans only have another couple of weeks before the tenure of head coach Kliff Kingsbury should end. Unemployment day for head coaches in the league is the first Monday following the end of the regular season. It’s Bloody Monday in the trade, and Kingsbury should be on that January 9 chopping block. Entering today’s game against Tampa Bay the Cardinals are 4-10 and Kingsbury is 28-34-1 in his four seasons. The most remarkable Kingsbury stat, however, is he has not won a coach’s challenge in three years, since 2019. This year he didn’t even throw his challenge flag until week 14 and of course lost that one. For what he means to the striped shirts perceived level of competency, this guy belongs in the NFL Officials Hall of Fame.

First night of Chanukah Miracle #3 for me has to be the Detroit Lions. After watching them on HBO’s Hard Knocks I got sucked in and bet them to win over 6.5 games this season. After the first seven games they were 1-6. I canceled HBO. Then the Lions somehow started winning. When they beat the Jets last weekend it was win number seven. Yes, a Chanukah gift I already crossed off the list.

First night of Chanukah Miracle #2 has to be the crazy, crazy ending of the Patriots- Raiders game last Sunday in Las Vegas. There never has been anything like it before, where the Pats most probably lateraled a playoff spot away for no reason nor explanation.

First night of Chanukah Miracle #1 was even bigger. I was at the Raiders-Patriots game. I was still there at the end. I have no idea why. A higher authority must have sent me a Chanukah message that said ‘stay put.’ I’m glad I listened.

And finally, tis the season to be jolly and revel and have a good time, but please be cautious. More cardiac deaths happen on December 25, December 26 and January 1 than any other days of the year. The holiday season adds extra disruptions to routines, diet and sleep that heighten risks. Also, during the holidays, people are less likely to seek medical care when not feeling well. And sometimes a regular schedule of taking medication falls by the wayside. Add to that overeating and increased alcohol consumption. So, when you wake up on January 2, say a special prayer.

Thanks for sharing part of your Sundays with us this past year. Enjoy the last night of Chanukah, the rest of Festivus, have a Merry Christmas and wishing everyone a happy and safe New Year.