Sunday Morning Coffee — December 22, 2019 — Tidying Up For The Holidays 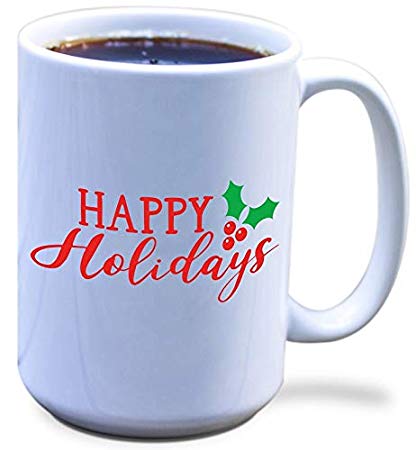 Time to clear the desk which is covered with holiday cards, bills and important stuff like this:

Hanukkah begins tonight. I love the description I read last week of the best way to describe the eight days of Hanukkah to today’s kids. Instead of boring them with trivial details like even though there was enough sacred oil to last only a day, the wicks of the menorah miraculously burned for eight days during the rededication of the Temple by the Maccabees after its desecration by the Syrians. Instead, put it in terms they can understand: it’s like having 10% cell battery remaining and your phone worked for eight days.

There are not three finer words from a flight attendant than “Welcome to Maui.”

Every year I watch the Army-Navy game and every year I can’t figure out who’s who.

The New England Patriots trying to steal signals from the Cincinnati Bengals is like the Republican National Committee bugging the headquarters of Andrew Yang.

The Trump impeachment was nothing more than a shoulder shrug for the stock market. All three of the major market indices opened in green the morning after the vote and finished the week that way.

And speaking of Maui, there are few things finer than watching a Maui sunset on the beach.

Andi’s birthday was Thursday. My wife said she wanted to go ice skating. I haven’t been on skates since 1967. Andi zoomed around the rink like Peggy Fleming. I stumbled around like I just got Gillooly-ed on the knees. Next year she can go alone. 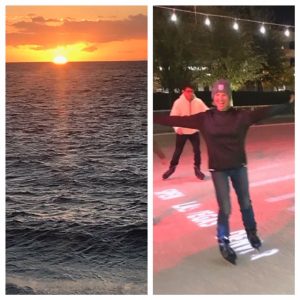 A Maui sunset and a Vegas birthday skate.

Antonio Brown had a bad year. Both the Raiders and Patriots kicked the embattled wide receiver to the curb. It’s nice to read that next year will get off to a better start for him. “No more white woman in 2020” he tweeted last week. Is that singular or plural, AB?

I always had great respect for a Southern Cal education. There are parents doing time in jail for buying faux rowing scholarships that did, too. Then comes Josh Shaw who played football for USC and moved to the NFL as a fourth round draft choice of Cincinnati in 2015. Last year he played four games for Kansas City and four with Tampa Bay. This year the cornerback was picked up by Arizona but has been on injured reserve since the preseason. He’s also not very bright. Clearly bored, he opened a online wagering account with Caesars Entertainment so he could bet football in his downtime. That’s about as taboo as taboo can get with the NFL whose history of non-tolerance of its players gambling on football dates back to 1963 and the suspensions of stars Paul Hornung and Alex Karras. One of Shaw’s wagers this season was against Arizona. How did anyone find out? This USC genius filled out his Caesars account application by listing his occupation as “Professional football player.” 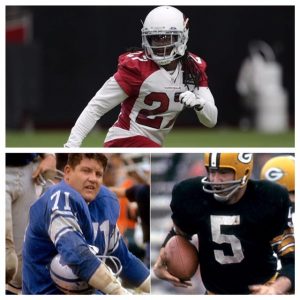 The league has suspended him through the 2020 season. Teams are not lined up to sign him. He also lost the wager he made against his Cardinals.

College football playoffs on Saturday. Give me Clemson over Ohio State. Clemson, the defending champs, have been an afterthought all season and I don’t think Ohio State has played anyone of that caliber. And while I like LSU, it wouldn’t bother me at all if Oklahoma beat them. I am an Oklahoma QB Jalen Hurts fan. Great kid.

One hundred and twenty-eight years ago yesterday, December 21, 1891, the first game of basketball was played in Springfield, Massachusetts. History recorded the final score as 1-0 with the only successful peach basket try scored by sharpshooter William Chase. There is no record of who the teams were other than each had nine players. It’s only a guess but I’m pretty sure the team shutout was called the Knicks.

Hoops has come a long way. In case you were wondering, and I’m confident you weren’t, in this era of big NBA scorers like James Harden, LeBron, Giannis, Kawhi, Paul George and Anthony Davis, the highest scoring average per game of anyone that went on to win a title was Michael Jordan with 32.6 points a game in 1992-93.

And while we are on the subject, why can’t college kids shoot free throws?

It’s Hanukkah. It’s Christmas. It’s the New Year. It’s the perfect time to make amends with anyone in your life that perhaps you’ve wronged or wronged you. It’s an opportunity to get back that relationship that was once cherished and went astray for whatever reason. It’s a perfect time. Don’t waste it.

Thanks for sharing my Sunday Morning Coffee with me this year. If you are reading this on Facebook we are going to move to a dedicated SMC page in January. You’ll be invited. Try to contain your excitement.