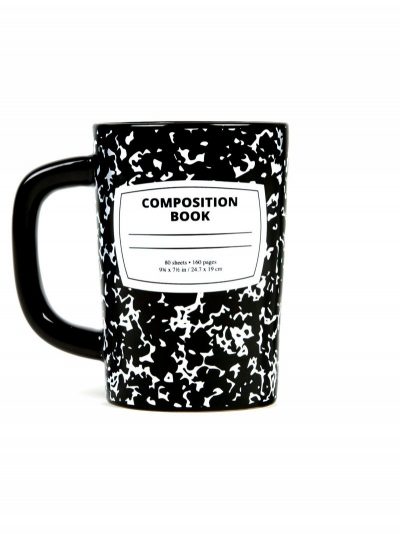 That pounding you’ve been hearing for the last couple of weeks is Al Davis trying to beat his way out of the grave.  The late, bombastic, renegade owner of the NFL’s Oakland-Los Angeles-Oakland again-Las Vegas Raiders is trying to save the franchises’ reputation from further damage his son and successor, Mark, is doing to the swashbuckling image of the team Mr. Davis left behind when he passed away in 2011.  Al Davis would regularly thumb his nose and pop an appropriate finger at the league, and rival owners, when they did something he considered not in the best interest of the Raiders.  He treated his fans like guests at his Passover Seder table. 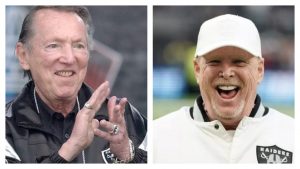 Mark, on the other hand, wants to be more universally friendly to the league, fellow owners, his new Las Vegas community and most of all, long suffering Raiders’ fans. In fact last season, during the Covid crisis when the Raiders opened the new $2 billion Allegiant Stadium just off the Strip behind Mandalay Bay, Davis said he would not attend any games if the fans couldn’t.  And he stuck to his guns. He never went.  Now with the landscape changing and the NFL expecting to open the season at full capacity, Davis became the first NFL owner to tell Raiders’ fans and the Vegas community that if you haven’t been vaccinated you are not welcome into their new home.  With the way some Raiders’ fans reacted you’d have thought George Blanda just chunked one off the right goalpost to lose the AFL championship to John Hadl’s Chargers back in the day.  Outlaw Raiders’ fans (are there any other kind?) who haven’t been and have no plans to get vac’d yelled, kicked and screamed discrimination. The secondary ticket market, with the highest resale prices in the NFL, took a dip. Class action lawsuits will be filed.  The mind’s-eye sees Al Davis at the forefront of the rebels.  Mark took a stand — popular in most circles, extremely unpopular among the most vocal — for what he thought was in the best health, welfare and safety interests of the Vegas community and its guests. Not sure his dad would agree but bound by science and common sense, Mark had to do it. A negative Covid test isn’t good enough to get through the gates. You must be vaccinated. However, you can still go to a Raiders’ home game if you’re not.  Show up on game day, roll up your sleeve and visit one of the mobile vac sites in the parking lot. Get vac’d on site and you’ll get an exemption to get in to the stadium though you must be masked.  It’s a fair trade off.  All the rest of us can enter with our pre-certified CLEAR HEALTH access card.  The Raiders open their first official home season with vaccinated fans on Monday night, September 13 against the Ravens.  There’s just one little hickey: The NFL says 93% of its players are vaccinated; among the 7% who aren’t is Ravens QB Lamar Jackson and a handful of  players on each team who have taken a public stand against getting the shot. What to do?  Do you ignore the new stadium regulation and let the anti’s in to play while keeping all other non-vaccinated guests out? Do you make them scramble out of the pocket and get vaccinated on-site?  If they refuse how about a seat on the team bus while the game is being played? It’s a bad look when Jackson, the star of the show, and the others get an exemption that’s probably not in the best interests of public health while thousands of football fans in the same category as Jackson are denied entry. I love what the Raiders are doing but the NFL needs to make sure everyone is literally playing on the same field by the same rules.  In this case the players and the players’ union should set the example, not be the exception. 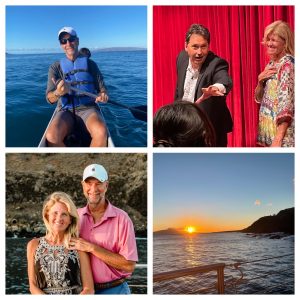 Is there anything worse than having to look at other people’s vaca pix?

We got back from Maui last week just in time. Days afterwards Hawaii governor David Ige asked visitors to reconsider and delay their plans to visit the islands in lieu of the latest Covid outbreak and the limited medical resources in his state. During our visit it looked like business as usual with the exception of the arrival process which was  similar to passing through immigration when entering a foreign country. The State of Hawaii requires all visitors file, in advance, a travel and health application either certifying you have been vaccinated or tested negative for COVID within 72 hours of arrival.  If the state is satisfied, they will send a QR code that gets scanned when you enter the arrivals terminal.  It took about 40 minutes to get through the line.  Otherwise, Maui was packed.  Considering most everything is outdoors, including open-air hotel lobbies, masks were scarce.  Hotel rates were seasonably high because of demand and restaurant reservations tough to get.  Rental cars were few and expensive. It was our fourth Maui visit and the second time we stayed at the boutique, adult-only Hotel Wailea, a property we both really like. Andi and I went for a two-part celebration: our 30th wedding anniversary on August 17 and a day later the four-year mark of my successful cinco de bypass, which we commemorated with an early morning canoe trip.  We also took a submarine down to the bottom of the ocean while getting baleful stares from lounging sharks. We watched the sunset amidst the rocking waves in the Pacific. Andi went snorkeling while I read the eight-page Maui News, a win-win for both of us, and we saw a really entertaining magic/illusion show during which my wife wound up a foil on stage. Five nights in paradise was just enough, any longer and we both would have gotten game misconducts.

Many commented that last Sunday’s SMC about baseball cards (https://royberger.com/sunday-morning-coffee-august-22-2021-a-nickel-stale-gum-and-bicycle-spokes/) brought back some great memories. Simultaneously to writing the piece, news broke about a major shake-up looming in the trading card industry. Topps, the premier baseball card manufacturer which has had a relationship with Major League Baseball for over 70 years and was the card of choice for my demographic in the 60s, was unceremoniously dumped as baseball’s exclusive and sanctioned card provider.  Topps asserts they were blindsided when MLB and the MLB Players Association announced a new partnership with Fanatics.  In fact, Topps maintains they had no knowledge MLB was even negotiating the rights they owned.  According to Topps, they were never involved in the bidding process nor able to counter Fanatics’ offer. Topps’ contract expires after the 2025 season when Fanatics will take over Topps’ exclusive with MLB. What that means is Fanatics will be the only card company licensed to print cards with MLB team logos on them. The loss became even greater for Topps as they were preparing to go public with an estimated market valuation of $1.16 billion. Now that’s gone. With that kind of stake maybe Topps brass, owned in part by Michael Eisner, as a matter of due diligence should have made an inquiry to MLB on the status of the contract beyond 2025.  Didn’t happen. Topps failed Business 102.  Just a guess, but not too far down the road I’d be shocked if Fanatics, which presently doesn’t have a  trading card division, doesn’t take a run at buying Topps, who has perfected a turn-key enterprise which is now seemingly ripe for the right price. As for Topps, finally they know our disappointment when back in the day we ran to the newsstand nickel in hand, ripped open our new pack of cards, gum hitting the floor, hoping for a Mantle, Maris, Musial, Mays, Clemente or Koufax card but instead we found a Bob Aspromonte, Don Demeter, Ron Hansen, Hector Lopez, Clay Dalrymple and a Series 3 Checklist.  Worthless.  Much like the Topps exclusive with MLB come 2025. 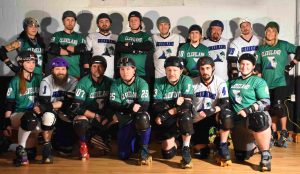 As long as you’ve been with us this far, let’s wrap up with the Cleveland Guardians. The who?  You know, the Cleveland Indians new name next baseball season.  Maybe.  Much like Topps not knowing their contract was in jeopardy, wouldn’t it have made sense for the Indians to do a check and make sure the new name they chose isn’t already being used? Nah, too much trouble.    Seemingly the Indians brass had no idea the Cleveland Guardians are a men’s roller derby team, playing in the always competitive Men’s Roller Derby Association. Never mind the team picture shows four women on the roster, too.  Whatever. It’s roller derby.  The roller Guardians have been in business for a decade. You’d think this might have popped up in a search before the Indians went public with their new name. The Indians make Topps seem like business guru’s. While the Guardians team name has not been trademarked yet, both parties have filed — the Indians on July 23 and the roller Guardians on July 27.  Generally, U.S. trademark law, when there is a dispute, awards the mark to the first-to-use rather than the first-to-file. Additionally, a simple web search would have revealed the all-important and business critical website, ClevelandGuardians.com, is also owned by the rollers. If you’re the Indians, that hurts more than a Charlie O’Connell elbow to the jaw or a Joanie Weston kick in the shins.  I’m guessing there might be a little legal wrangling  but when all is said and done, the owners of the Guardians roller derby team will undoubtedly get a buy-out beyond anything they could have imagined for skating in circles.  Put points on the board for the jammers.

It’s a holiday next weekend and no SMC.  Okay to sleep-in a few minutes later.  We will be working our way back home to Vegas from Atlanta after Alabama-Miami on Saturday.  Go Canes.  Keep it close.  At least 18.5 points close.