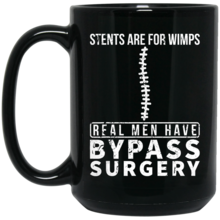 Singer Dionne Warwick had it right. Back in 1968, when she was trying to find her way to San Jose, she told us, “weeks turn into years, how quick they pass.”

Same thing for birthdays. Ever since turning sixty, birthdays get here faster that filling up a shopping basket of Purell at Walgreens. You clean your hands, look up and somehow you just turned sixty-eight. Too quick.

Anniversaries, on the other hand, are like listening to a Nat King Cole album on the Victrola in front of a Sunday fireplace – smooth and they come around just at the right pace. 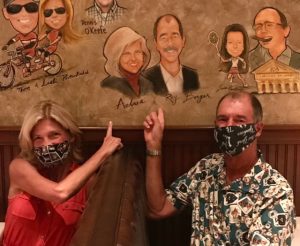 This year’s anniversary dinner was at the Las Vegas Palm remembering what we looked like way back in the pre-mask era.

I had two anniversaries last week, a day apart. Andi and I celebrated our twenty-ninth last Monday. Oh sure, along the way we might have had a couple of two-minute high sticking penalties but thankfully no game misconducts. And for all you naysayers, there is no truth that she went down to the Strip and played under twenty-eight and a half years.

Andi also understands that by no means am I minimizing our twenty-nine years together. Most people can’t spend twenty-nine minutes around me. But it was something that happened three years ago, the day after our twenty-sixth anniversary, that allows me to still turn on the coffee this morning.

It was Friday, August 18, 2017, and I arrived pre-dawn at Birmingham’s Grandview Medical Center for what I was told would be a fairly standard heart angiogram. Yeah, I know, nothing with the heart is standard especially when it’s your heart they are poking around. I’ve never been described as a good patient but at sixty-five years old you do what you have to do. What got me to that point was actually listening to myself. A week earlier, while exercising, I just got gassed and ran out of breath. I stopped and went home. That never happened before. Fortunately, I belonged to a concierge medical program so getting in touch with my doctor, Mike Murray, was like putting on a face mask— simple.

Dr. Murray said it sounded like I was having a “power-outage” and scheduled me for a cardiac stress test the following Monday. He also told me not to go the gym over the weekend but at my advanced age I chose not to remember that bit of advice. The testing did show an irregularity, but Doc said, “I don’t think it’s anything to worry about but let’s do an angiogram to make sure.” I now remind him why he specializes in internal medicine and not cardiology.

One thing led to another and then another and before I had a chance to completely come out of the first anesthesia, Andi told Dr. Casterline, a thoracic surgeon I’d never seen before, to wheel me back into the OR for what now was a five-artery, five hour bypass operation. I remember thinking, when I heard the surgery was going to be five hours, that at least it was shorter than a typical Yankees-Red Sox game.

I was smart and listened to my body. I didn’t ignore the signs, but I never saw myself as a bypass candidate. I was also incredibly lucky with great medical care. I was told if I had ignored the warning, I probably had thirty days left before the lights went out. Permanently. I rushed some things in recovery, no doubt, as I’m prone to do. I was back at work two weeks later as most of our Medjet staff expressed surprise that I even had a heart. I began rehab after a month and was back in the gym two months after that. My recovery goal was to play baseball five months later in January and not have my chest rip open when I swung and missed a pitch. I did but fortunately it didn’t. Three years later, today, I feel better than I ever thought I ever could, considering the circumstances.

I also found out the so called “zipper club” is a pretty close-knit group, pun intended. I’ve been called upon five or six times to talk with somebody, twice within the last two weeks, either right before or right after their surgery, about what to expect. Others did the same for me during my recovery. Some of them I never even met. They were friends of friends and wanted to help. It’s part of the zipper club creed.

So, as we return to a fairly regular refill of Sunday Morning Coffee, I want to share with you perhaps our most popular blog over the years, the one written by Andi on Sunday, August 20, 2017, less than forty-eight hours after my bypass surprise. It’s an understatement that she got a lot of praise for this piece. While Sunday Morning Coffee was still young three years ago, dozens and dozens of people responded on Facebook they wanted her to write regularly. I thought that was going a bit overboard. Okay, she wrote one good piece, but give it up, please.

Remember, if your body is telling you something, especially in these upside- down times, listen to it!

Sharing…….click on the coffee cup!