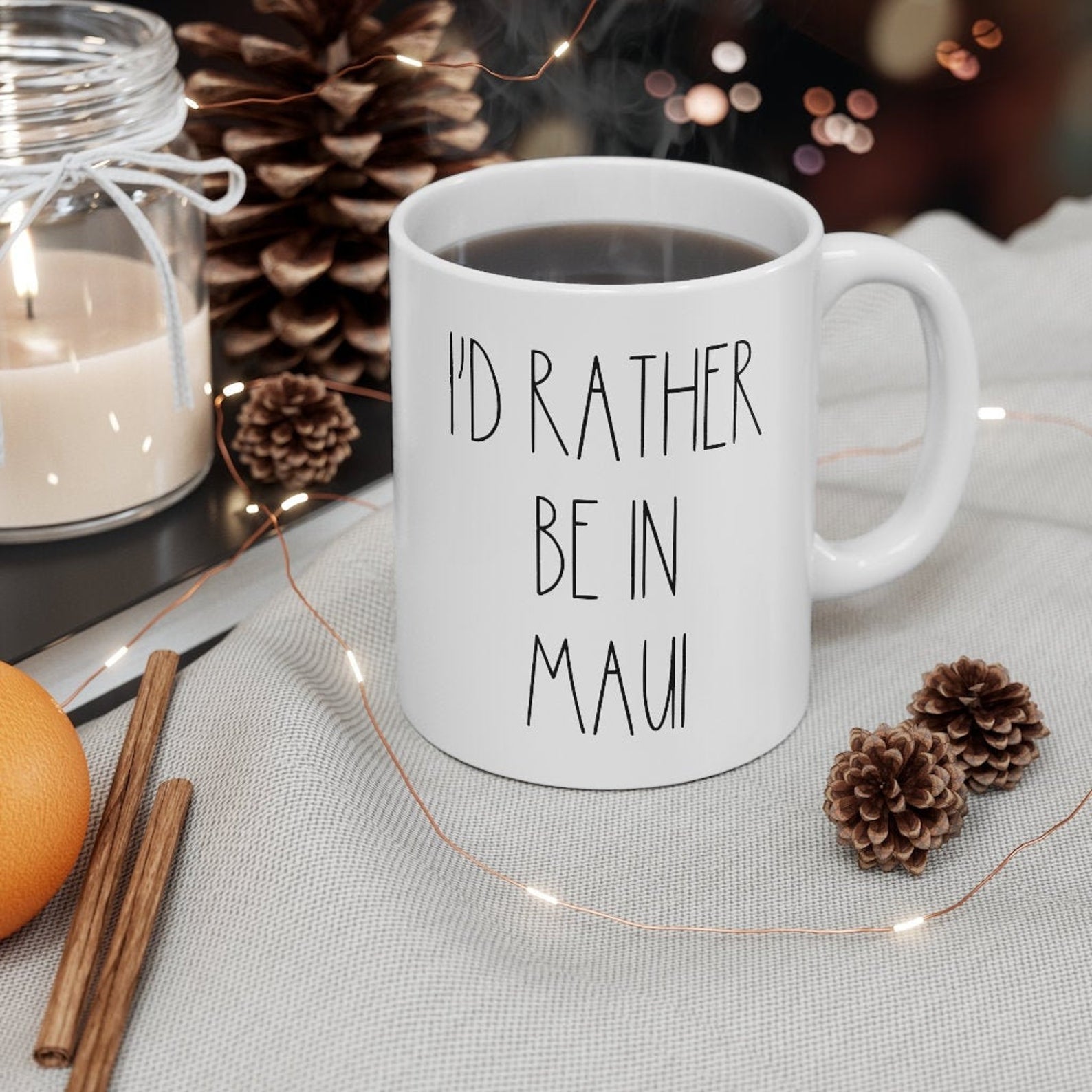 Aloha from 35,000 feet. Andi and I are jetting over the Pacific on our way to Maui for our 30th wedding anniversary on Tuesday. The original plan was to be back in Botswana this week like we were five years ago, but a pandemic had other ideas. That’s okay, fingers crossed we can do it for our 31st. In the meantime, we’ll spend the week on our favorite island.

So, this week’s Sunday Morning Coffee will try validating the words of SMC reader and Pittsburgh friend Dave Merison who told someone, “Roy’s weekly post always contains something that has me read it twice and think to myself, ‘I’ll be damned, I didn’t know that.’ Here’s to you Dave:

We were guests on the set for the filming of the FOD bleacher scene.

Fun to watch Thursday night’s baseball game between the Yankees and White Sox that was played at the site of Field of Dreams. Other than the Yankees losing, the game was a classic with a walk-off Sox win. Nobody complained about a three hour, thirty minute game being too long. The players entrance through the cornstalks was chilling. As for the movie itself, there will always be a part of it that is provincial to me. Field of Dreams was filmed in the summer of 1988 in Dyersville, Iowa, about 20 miles from where I lived and worked in Dubuque, Iowa. The cast of the film also stayed in Dubuque as the Motel 6 in Dyersville was full. I was managing Dubuque Greyhound Park and at night, with little else to do, most of the FOD cast came to the racetrack regularly. I built a friendship with James Earl Jones who invited me to the set to watch filming. Andi and I were there the day that Gaby Hoffman, playing little Karin Kinsella, fell backwards off the bleachers. We also got invited to the world premiere of the film in Dubuque in April 1989. Those are four words that have never been used together again —world, premiere, Dubuque, Iowa. Great movie, great memories.

Fittingly, SMC reader and devout White Sox fan Stuart Mann tells me that Tim Anderson’s walk-off homer against the Yankees into the cornfield on Thursday night was the 15th time the Sox beat the Yankees on a walk-off. The first? None other than Shoeless Joe Jackson in 1919.

When is the last time you saw a pipe smoker?

Why is 3-on-3 basketball an Olympic sport? It’s a driveway game.

And before we leave Japan, ever wonder what Team Handball players do for the other three years, eleven months and two weeks?

Is there a happier song than Sweet Georgia Brown?

I really don’t know what this means but this will be the first year in Major League Baseball history that more pitching starts will be made on five days rest rather than the traditional four. (I hope Dave Merison didn’t know that.)

Getting to the root of the issue. Over 178 million Americans are missing at least one tooth. (I know Dave Merison didn’t know that.)

Was shopping from the old Sears catalogue the forerunner to Amazon?

Happy birthday also to MTV, celebrating its 40th this month. It rolled out in 1980 with its first video by The Buggles, Video Killed the Radio Star. 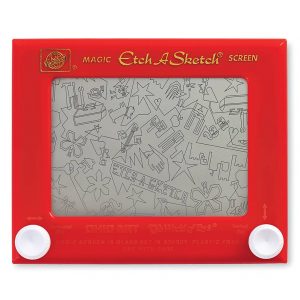 Who wasn’t mesmerized by an Etch A Sketch?

And one more birthday. Etch A Sketch, our prehistoric iPad, is 61 years old this month. How I loved that gadget.

The anti-birthday news, no surprise, was life expectancy in the United States fell in 2020. Covid was either the underlying or contributing cause of 385,201 deaths, shifting life expectancy to 77.3 down from 78.9 a year earlier. It’s the largest single-year decline since 1943, when American soldiers were fighting in WWII. Sadly, another decline is expected this year.

Being a Miami grad we could never root for Florida State, so keep this between us. I loved former FSU head coach Bobby Bowden who died on Sunday at 91. A class act who introduced me to a couple of new words that you won’t necessarily find in the dictionary. When things didn’t go right for the Seminoles, in his native Birmingham, Alabama twang, Bowden would shout either ‘Dadgummit!’ or ‘Gosh darnit!’ These days, in a round of golf, I say dadgummit and gosh darnit at least 20 times.

And speaking of The U, I gotta make a decision on whether I’m pulling for the alma mater or the adopted kid when Miami and Alabama open the college football season on September 4 in Atlanta. I’m bringing both shirts in case I change my mind at halftime. Which, I have a feeling I will.

Kudos to the BYU football program for using the new NCAA Name Imaging Licensing policy for team, not individual, benefit. The Cougars have struck a deal with protein bar company Built Brands for the team’s walk-on players to endorse the product in return for covering the cost of the players tuition. Good stuff.

Is there a bigger asshole on the PGA Tour, both on and off the course, than what Bryson DeChambeau has become?  Too bad the guy is so quirky — he’s got enough game that I’d like to pull for him, but I just can’t.

Want to know what a dead man walking looks like? It’s anyone who bet the Cincinnati Reds to win under 81.5 games this season.

And speaking of the Redlegs, the best rookie in the game this season who nobody ever heard of is Cincy second baseman Jonathan India. 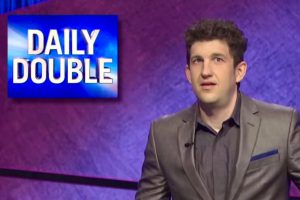 The latest Jeopardy! phenom is Matt Amodio, a 30-year-old Ph.D student at Yale. Amodio won his 18th straight game on Friday and his $576,000 in earnings moves him to third all-time on the Jeopardy! board behind legends Ken Jennings and James Holzhauer. Amodio has a long way to go, about $2m more, to catch the leaders but his present streak is impressive, normally taking a knee and closing out his competitors by the time of Final Jeopardy! He’s also won through four guest hosts, the latest being sportscaster Joe Buck whose game show cadence very much sounded like he was calling a ballgame.

It’s all in the numbers: In baseball a 400 foot home run is a bomb. In golf, the same distance is an easy nine-iron 133 yards to the middle of the green.

As the NFL pre-season gets started in earnest this week, the League reports 82% of its players have been vaccinated.  A good start.

The rock group The Cars became The Cars because they would demo every song they recorded over car speakers before declaring it fit for release. (Wonder if Dave Merison knew that?)

Here’s throwing good money after bad: Churchill Downs just announced a $135 million renovation project for an industry that is dying a slow death one furlong at a time.  There’s not enough money to bring the business back. How about before Churchill spends a dime on the reno project they at least tell us who officially won this year’s Derby.

OPS is a baseball stat that combines on-base percentage with slugging percentage to get one combined number that tracks how well a hitter can reach base, with how well he can hit for average and power. This season’s leader is the Blue Jays’ Vlad Guerrero Jr. The stat is no fluke as the top three OPS all-time belong to Babe Ruth, Ted Williams and Lou Gehrig. (I’m sure Dave Merison knew that.)

Want a tough job? Apply for the vacant athletic director position at UNLV. Once upon a time Runnin’ Rebel basketball owned this town. Now it’s mediocre at very best. Combine that with a football program that was never any good and UNLV Athletics finds itself in a deep local public interest and ticket buying hole staring up at the hockey Golden Knights and football Raiders. It may be a mountain too high to ever climb.

When we were kids was there a more imposing, off-limits place than the teachers’ lounge?

I’m not sure I’d want Ron DeSantis to be my state’s governor.

Does anyone remember at what age we were told with conviction the 7-10 split was unmakeable?

Touchdown in Maui. For those of you who were gutsy enough to take over 29.5 years of marriage for Andi and me, Mahalo. Have a great week. We certainly will.